It has been another busy month with Hexterminate, making good progress towards having a polished game for people to enjoy! We’re pretty much at the stage where it is a matter of ticking off check boxes in the to-do list. Check out our new models and screenshots!

All the models for weapons have are now in-game! The only one that was still missing was the ion cannon module, which has now been completed.

Ion cannons are forward-facing, fixed weapons which need a considerable amount of energy to fire. They are fairly powerful on their own but they really shine with the last perk of the Energy perk line, “Overload”. This gives ion cannons a chance to entirely shut down enemy shields, a nightmare for most higher level ships. Some even rely entirely on exceptionally strong shields to keep them safe… fully upgraded ion cannons can show them this is a mistake. 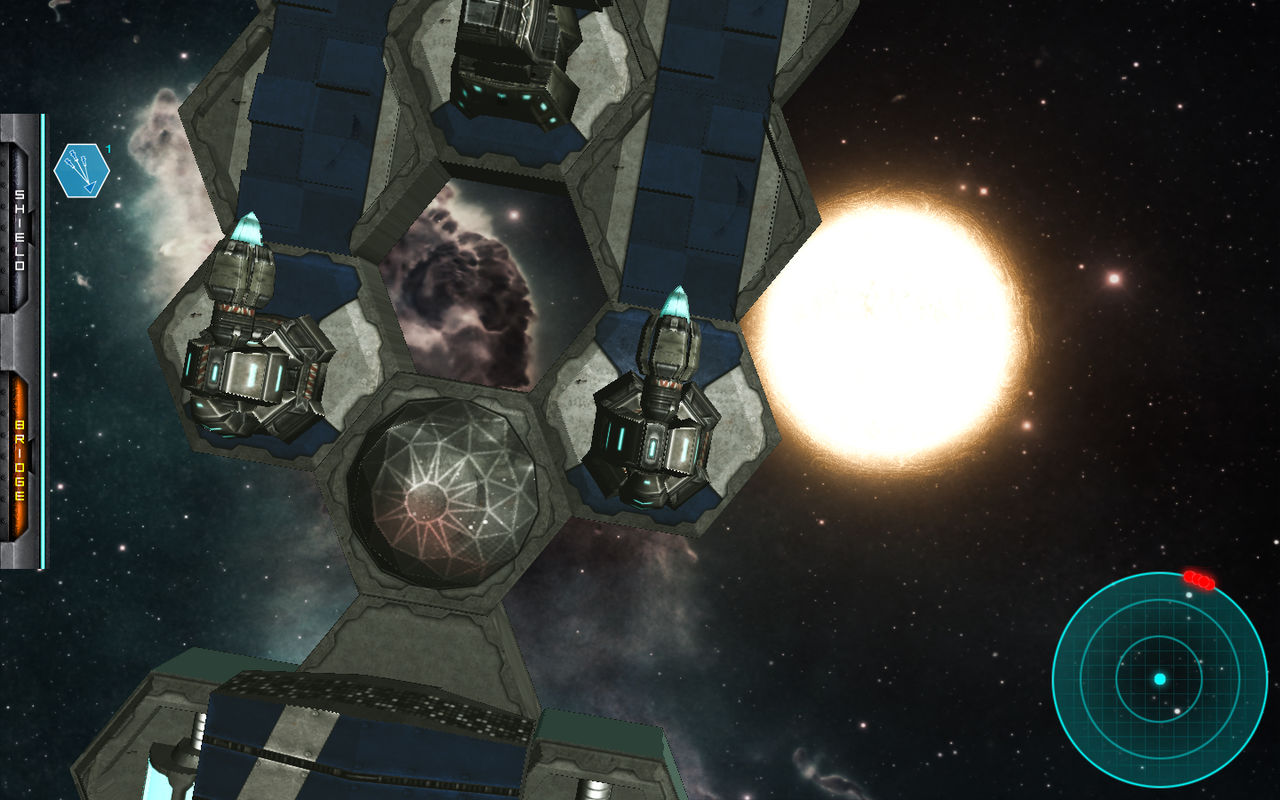 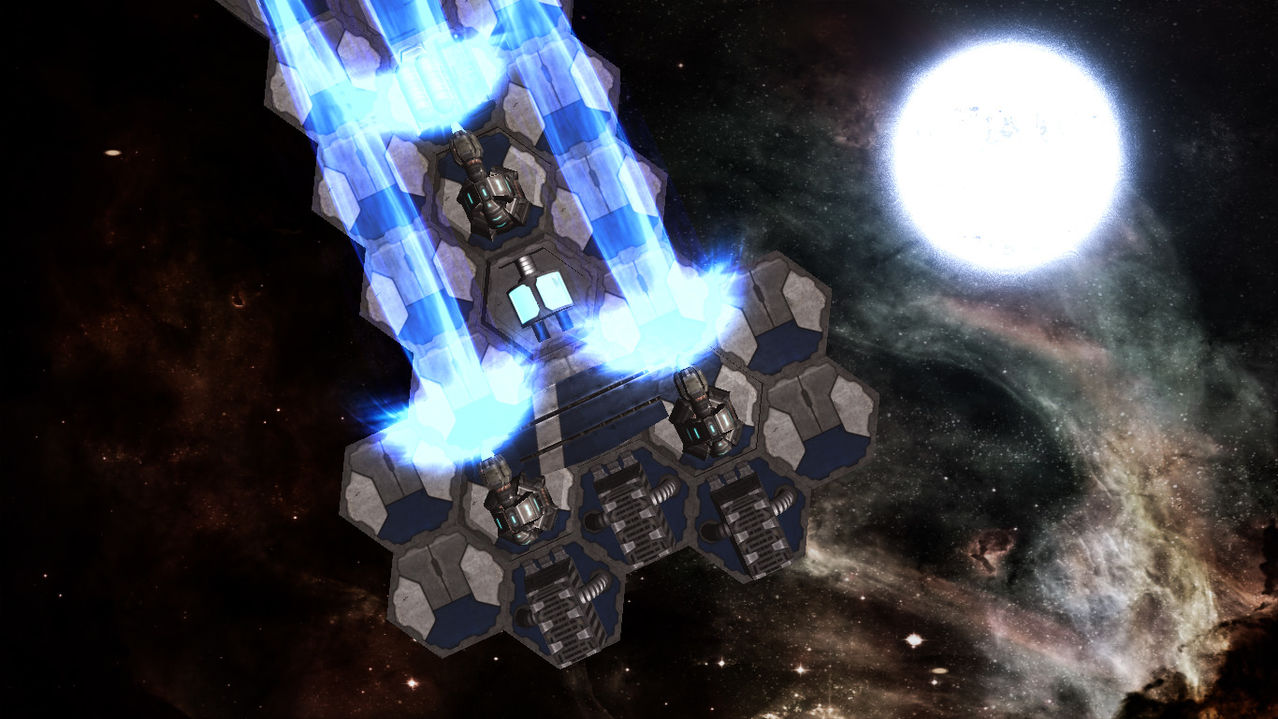 The other model that has been authored is the one for the armour repairer module. Against ships that rely on heavy armour, taking out this module is often essential to avoid a long, protracted battle. The model has a distinctive appearance, which should make it easy to spot even in the midst of the chaos that multi-ship battles can be in Hexterminate. 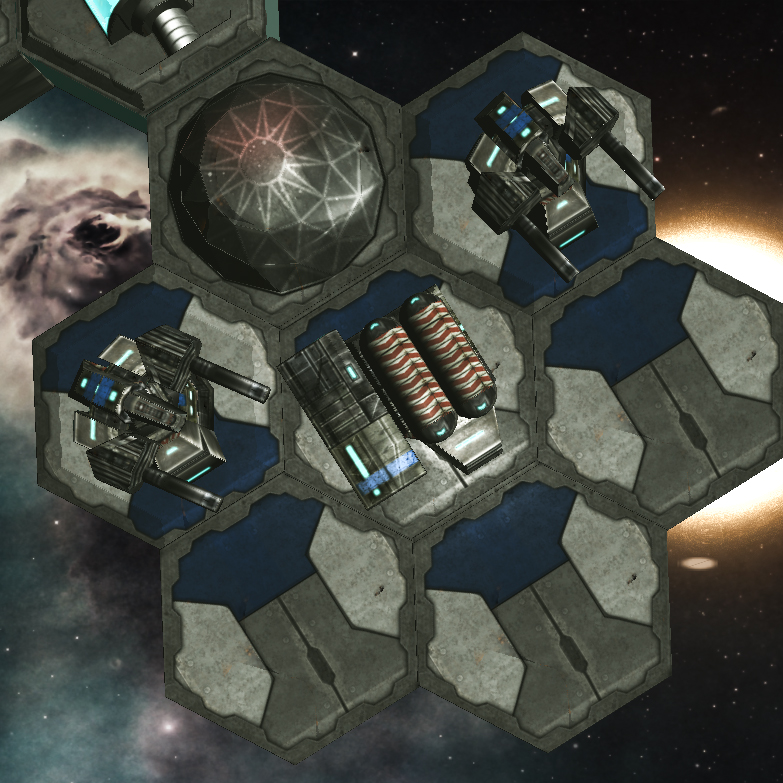 Hexterminate is no EVE Online, but nonetheless the mechanics at play need some clarification for the player to get the most out of his ships. Resistances, different weapon and shield types, how to take advantage of certain perks… all of these will be explained by your Fleet Intelligence officer.

To avoid front-loading everything and burying the player with information, this information will be presented as the player requires it (such as picking up a deflector shield for the first time). You’ll be able to choose whether to to play with tips enabled or not when you start a new game.

These currently live in a spreadsheet (necessary evil of gamedev!) and will start making their way into the game over the course of this month.

The player isn’t alone in conquering the galaxy and has the support of what has once been a great Empire. So it isn’t necessary for the player to go into a battle on his own and he can choose which other ships to bring with him, as long has he has acquired enough Requisition Units to get the Empire to assign additional ships to his fleet. 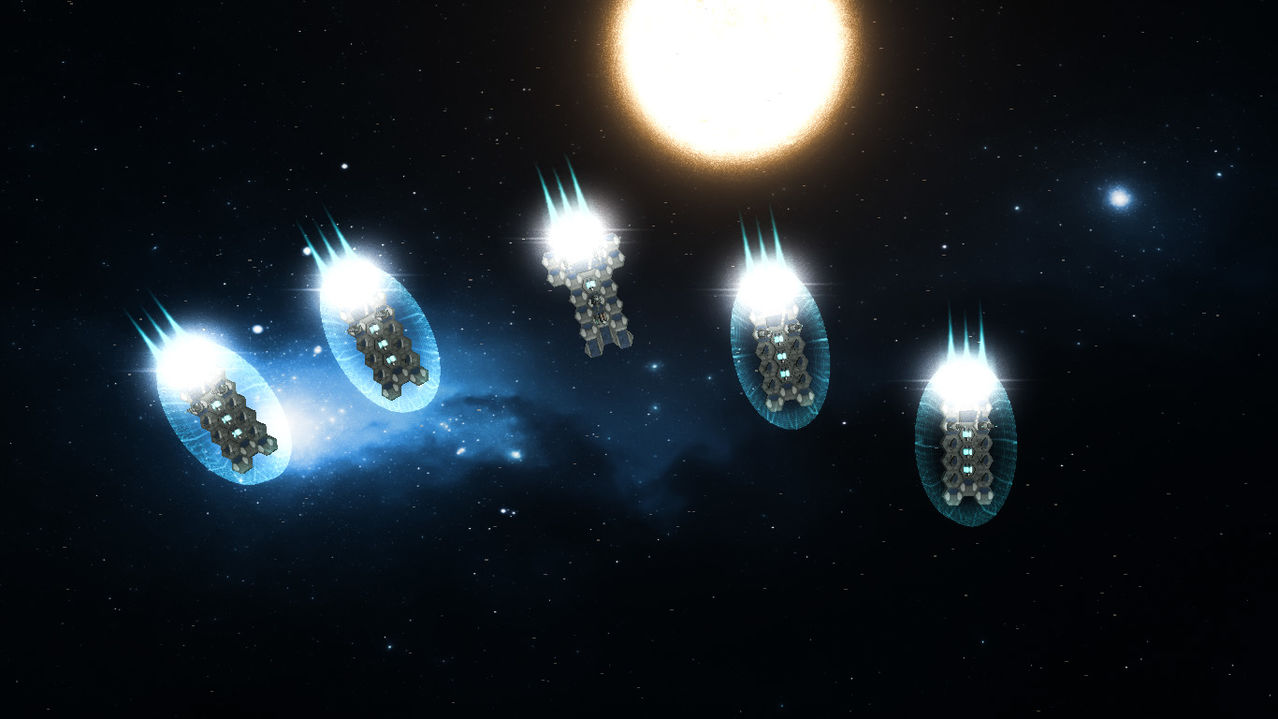 These Requisition Units (RU for short) are acquired by performing tasks for the Empire, which as you’d expect involves a great deal of destroying anything that looks at you funny. Conquering any sector provides the player with a small amount of RU, but targeting sectors marked for expansion, or strategically relevant (for example, part of the Campaign or having a powerful enemy stronghold) will reward you with considerably more RU.

Additionally, certain perks the player can get will further boost your RU acquisition. “Shared Glory” gives you a RU boost every time another Imperial fleet conquers a sector but the one that super-charges how much RU you get is the last perk in the Empire line, “Unity is Strength”. With this perk, every sector the Empire controls generates RU passively and is the key to be able to field the most expensive ships on a regular basis.

Some of the ships can be very expensive to acquire and losing them is not a trivial setback, but it all comes down to how the player prefers to play, for it is entirely possible to just spend all perk points on perks that enhance your flagship instead and, with the right modules, end up with terrifying dreadnought. 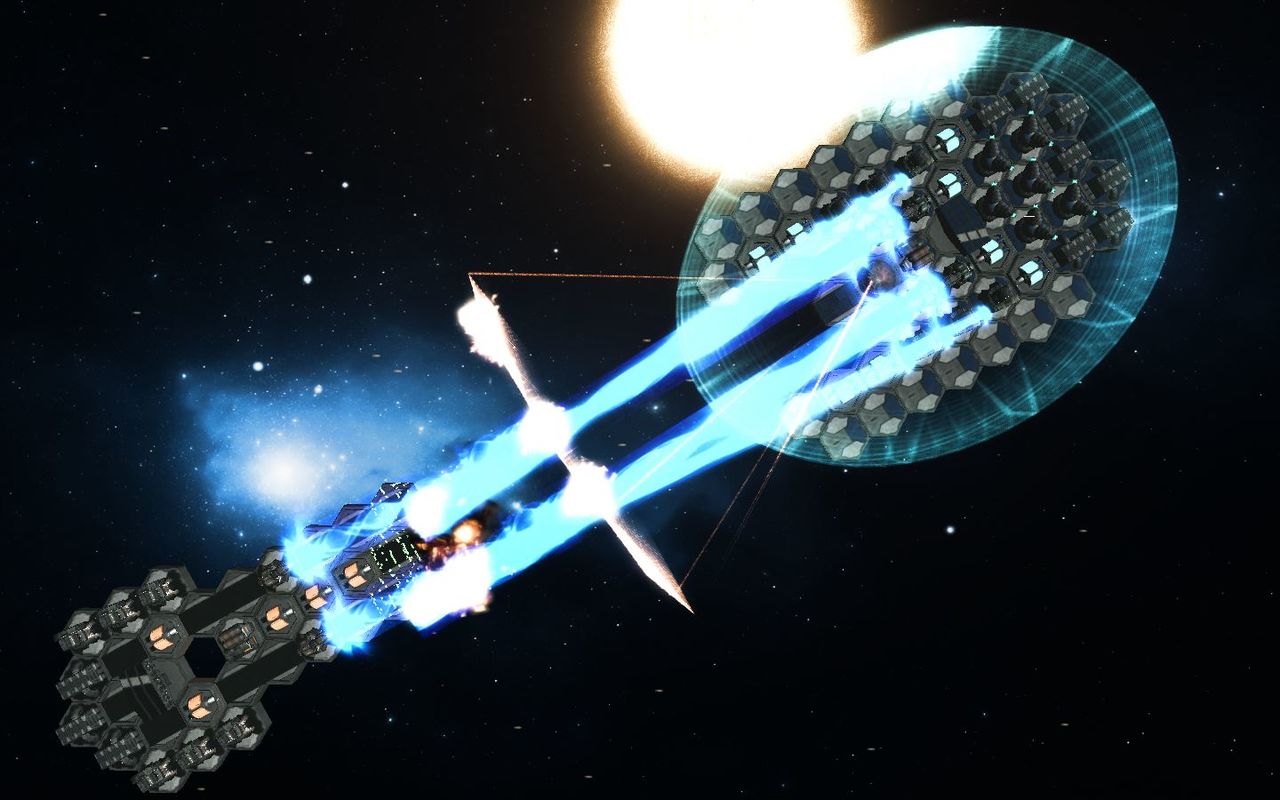 A good part of the last month has been spent polishing and fixing bugs, as you’d expect with the game nearing completion. Things such as the AI firing torpedoes even when not facing a target, or not turning off an ion cannon after its target is gone. Rendering issues and user interface elements overlapping and even a couple of cases of misleading the player with the threat rating of certain sectors. Nothing quite like entering a sector with the rating of “Trivial” to find a stronghold brimming with shields and missile launchers… 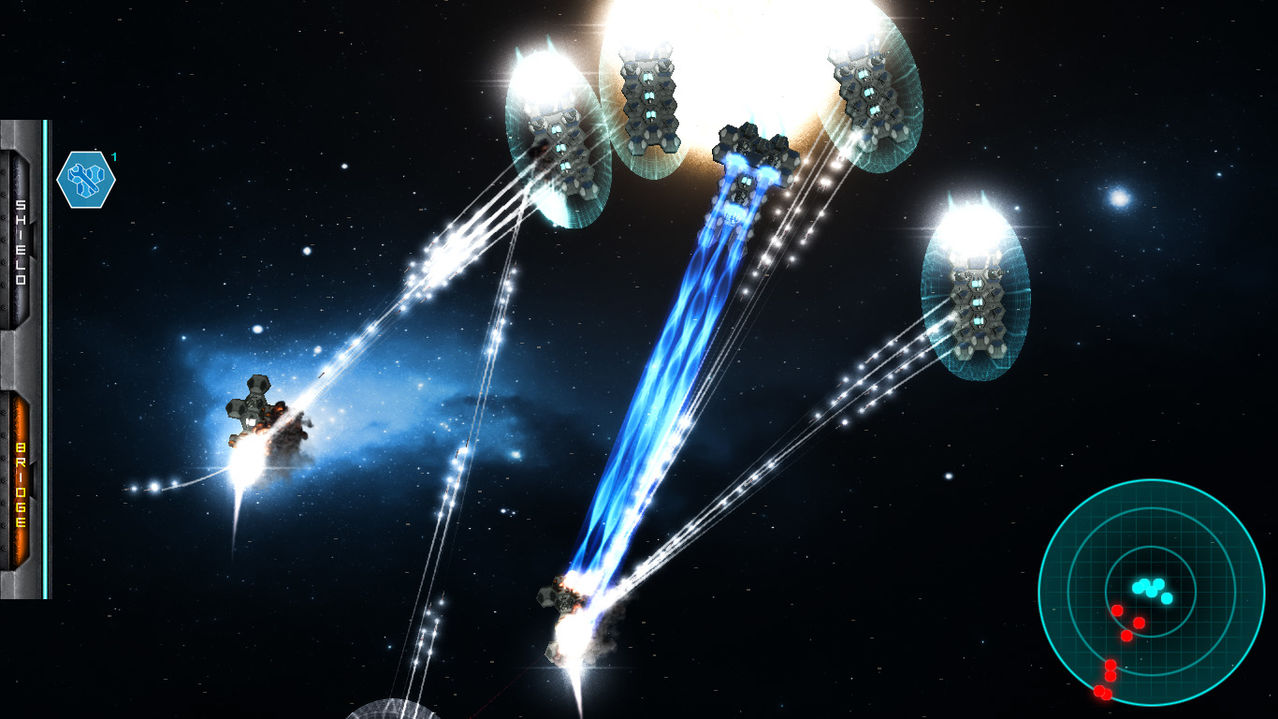 With everything coming together, the finish line is very much in sight. At the moment I’m getting all the contextual tips in-game and finishing off the last two models (cargo module & phase barrier module). Once those are done, I’ll turn my attention to wrapping up all campaign and into getting the game through Steam’s Greenlight.

Thank you for reading! You can find more details of the day-to-day development at @Hextermination.