I'm making nice progress with the level designer. Players will be able to create their own levels next to the base game. Read more to find out what else has been improved.

Posted by ChocolatePinecone on Oct 11th, 2019

As you can see I implemented a playtesting feature into the level designer! While designing you can now play your level to check if it's exactly how you planned it to be.
Right now you can only store levels on disk, but perhaps I can later use the steam workshop to make it easier to share levels. I'm not promising anything... 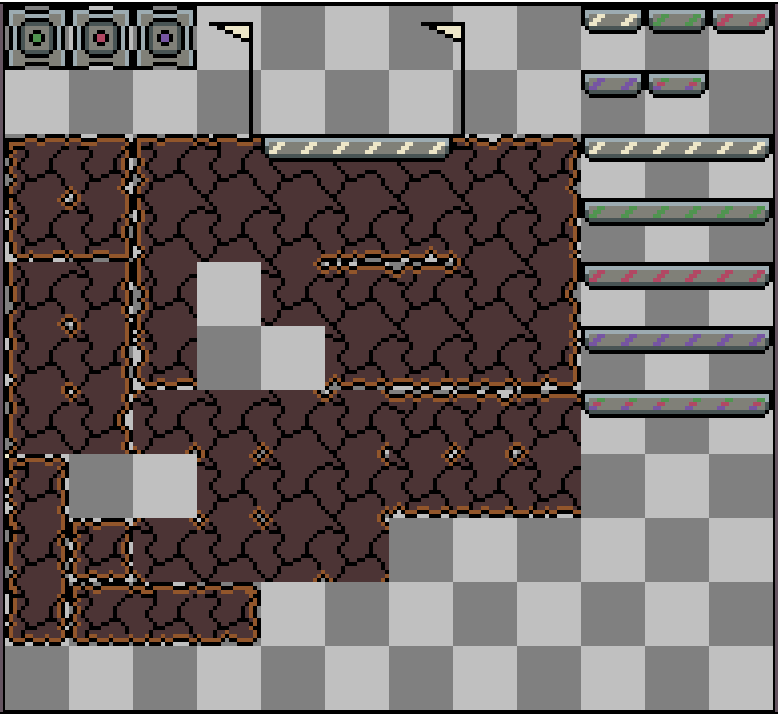 Editing a level now works clean and fast, cause I don't create and recalculate tile colliders during editing.
Here's a quick look at me screwing around in the editor:

The platform tiles were a bit of a challenge. Technically the soil part under the platform can have 11 different orientations. There are 4 different platform tile orientations for 5 different color types. I could either draw every possible orientation (11x4x5 = 220 sprites in total), or I could draw the platforms on top of already drawn soil tiles.
I chose to do the latter. This would have some complexities such as always creating and removing the sprites together and storing both the soil and platform orientations in the level file.
In the end I got it working nicely! It did require some more effort than originally foreseen, but it was all worth it.

I also integrated a pause functionality into the engine. I'm currently only using it during level designing so the crates don't fall all over the place when designing.

Furthermore I made some changes in my workflow. I was using trello for my to do list, and looked into some of its features.
I discovered a neat way to organize my points into Feature/Bugfix/Marketing catagories and I now also first clearly state the game section in brackets for each point.
After finishing a point, I drag it to "Done" and attach a bitbucket commit for later reference. When writing these devlogs I mention all interesting points in the "Done" list and archive the contents after posting.
Now working on the game feels much more organized and clear, and I have a nice list of progress points to share with you guys.
Just for funsies, here's a look at my trello board: 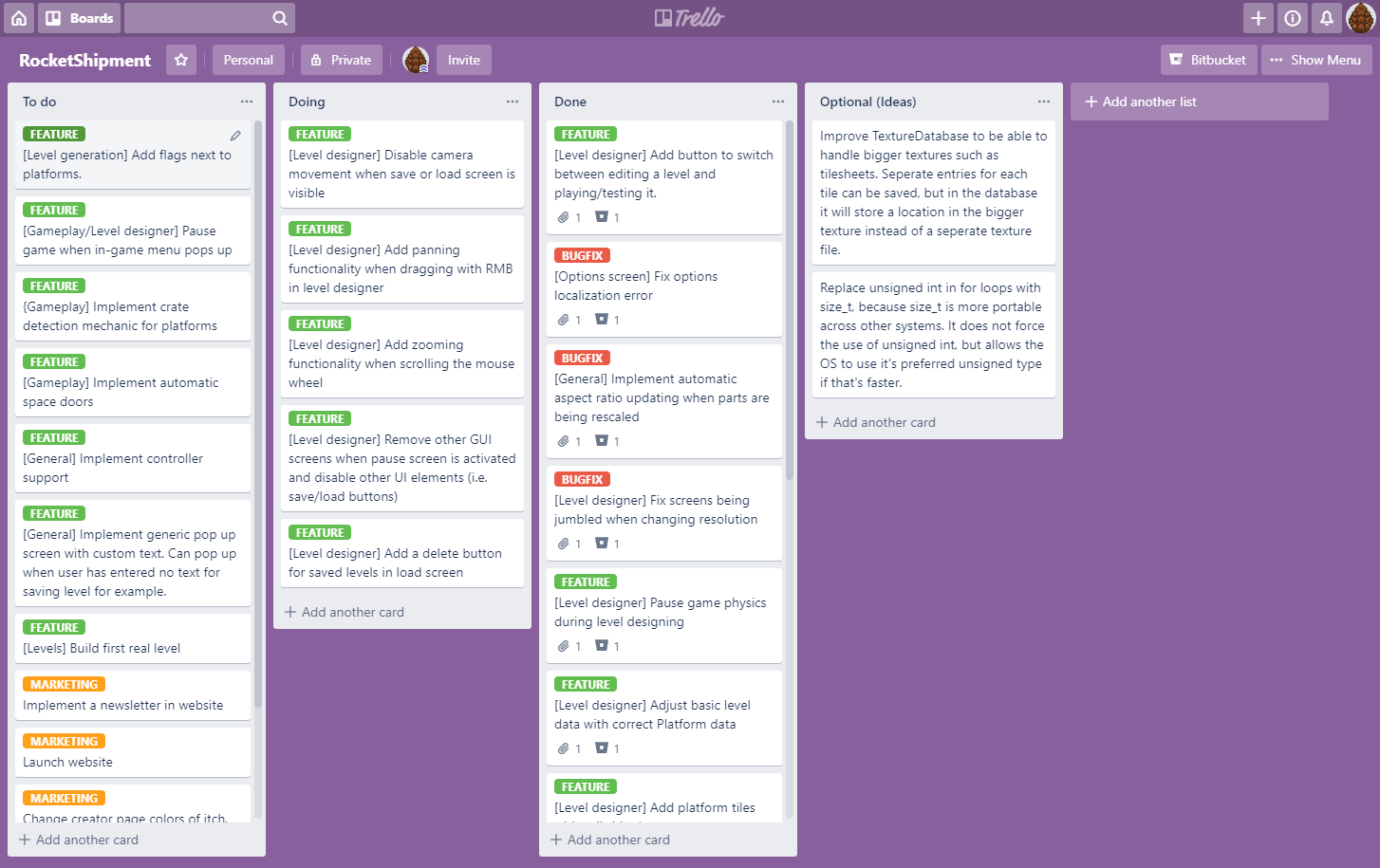 As you might already see on the board, I still have quite some changes to do to make the level designer better.
It's all coming along nicely, and I can't wait to start work on gameplay!