Welcome, fans, to another exciting blog post! In today's edition I will be covering as much of our multiplayer aspect as possible. This includes matchmaking, gameplay and ranking. Unlike last week's Factional Warfare I will be touching on a few unique details, to give you a better idea on how our game will play out.

What does the multiplayer have to offer?

Since the first time we started discussing this game, we always imagined it would only cater to multiplayer. We wanted huge epic battles, but more importantly, people watching the epic battles as they kept throwing more and more troops into the fray. Currently we have planned for 1v1, 2v2 and 3v3 matchmaking possibilities. 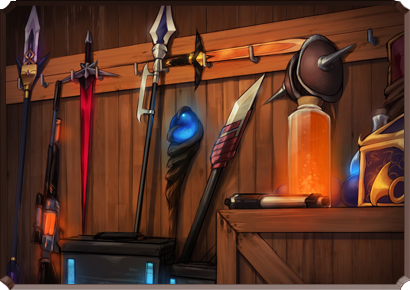 This allows for players to see what is being sent against them, and save up money to either upgrade the troops with better items, or just increasing the amount of troops they send to the slaughter. You will NEED to balance both gameplay aspects in order to be successful. An Exorcist equipped with his special Twin Blade item will mow down up to two and a half regular Exorcists (assuming the exorcists in question have nothing equipped).

The more you play online against others, the more your rank will change. We don't want to throw new players into a dragon's mouth and watch them as they struggle not to get chewed by those who are way above their skill level! As such, matchmaking will take into consideration as much data as possible in order to make an informed decision. Your rank, amount of games played, amount of games won, games lost, disconnects, etc... will all play a part in the game's matchmaking feature lining up your best and optimal opponents.

So if I am too good/bad, I may wait a LONG time for a game?

Let me tell you right now, no one will wait a long time for matchmaking. Even though we will calculate a lot to see which opponents match up to your skill, we do not want games to go empty. As such, the search parameters will start to include "how long has this game been waiting for players" and prioritize them. We want players to spend time playing, not waiting.


Will ranks mean anything?

Other than just being a shiny number that accompanies you wherever you go, you will be able to see how you measure up to people around the world. You could get special forum titles based on how good you are, essentially boasting so that you need not do it yourself ;) This may also give you an idea how well you would do in a tournament. We plan on creating lots of tournaments, backed up by great prizes.

Of course not! This is only the beginning. We have plans, ambitions and the drive to make this game stand out from the crowd. We want you to enjoy playing this game with your friends as much as we loved playing it with ours.


Does this mean you will have guilds?

This is a great feature and we would love to add a robust system to the game, but at launch we may only have tags available for you.