Development Update and direction change for the space game "OS".

Four new screenshots from my game development project "OS" have been added. Im sure people thought this project was dead.

Due to lack of internet availability "OS" is no longer targeted at becoming a Space Multiplayer Stradegy Game as I am unable to develop/test the multiplayer functionality such a game would require. The focus/genre is now targeted towards becoming an Offline EvE/X3/XRebirth style sandbox game universe instead (without the fits). The game will focus on my original goal of fleet management, composition and logistics (such as EWAR, Hotdropping tactics, etc) instead of RTS style unit management.

This also simplifies the AI logic somewhat (however the ships/weapons will be just a intelligent as before, except now they will be able to target subsystems). Instead of AI in command of entire factional fleets or large groups of entities, AI can now be written around a roaming fleet/Random spawn design (EG Pirates that can literally hotdrop on top of your own fleet if you venture into potentially hostile territory), jump drive navigation, and (eventually) spacestation/territory ownership, exploration and territorial warfare.

Due to resource sharing this also implies that 10 different spacecraft (all built by the Condor Shipyards) all share the same set of texture files. The ships are now all textured using 4096^2 size textures packed for a PBS based entity shader.

The old spacecraft designs will remain on Indie DB. 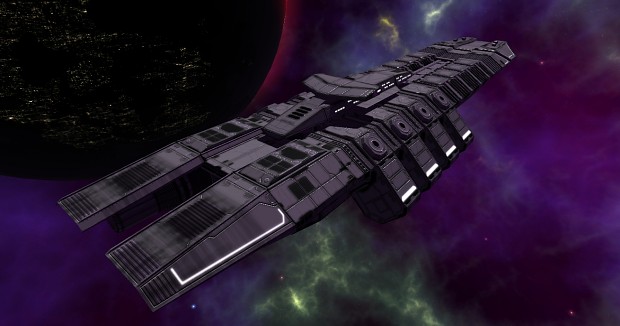 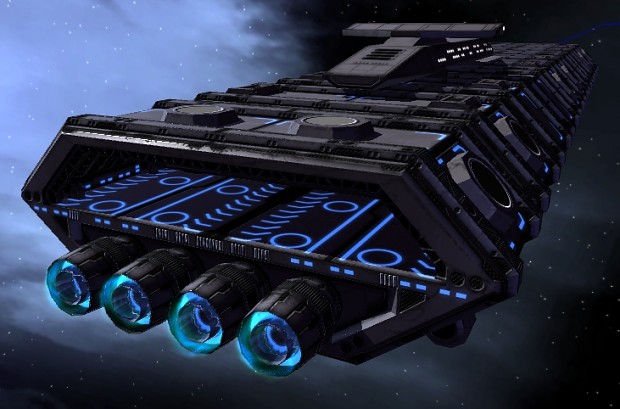 Condor Shipyards Liquids Freighter XL, with a destroyer in the background. 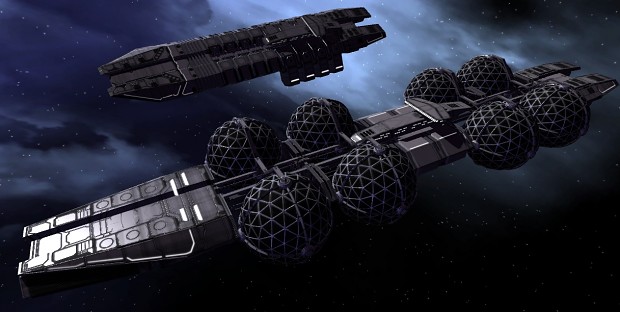