A quick update on what's been added since the last update! Also contains status on playtester applications!

It's been quite some time since my last update!

If you haven't noticed yet, the release date for the first alpha has been pushed back to March 16th, 2013. I've been quite busy lately with school, and practically being the only programmer on the team doesn't exactly help. But enough with the excuses! Read on for a list of new stuff.

For those of you that follow me on Twitter, you might already know that I've been overhauling the collision detection code for the past week. The decision to do this chiefly comes from the fact that proper player physics synchronization over networks got a bit complicated and resulted in some jarring movement corrections. As such, I decided to go with a heavily modified version of my old AABB collision detection system (perhaps I'll write a document about it someday...). A big advantage of the way it's implemented is that it won't require any complicated if-else logic handling for servers that want to use cube-style terrain instead of smooth terrain.

There are still some bugs. That's mostly because I haven't added collision detection for the upper-body/head area yet, however, because I've been working on something else, which leads me to the next point...

Gamemodes! Yes, War of the Voxels no longer has kill-all-get-nothing sandbox-like gameplay (for any of you that tried the Alpha Preview that is live on the website, you know what I'm talking about). For the first release, gamemodes will be coded into the actual client, but I expect that by the third alpha release, the game will have custom gamemode support (either via Lua or C#), as well as the ability to update gamemodes without requiring a complete client update. No screenshot as of now, still working on the GUI!

Another major feature that's mostly implemented as of now is a centralized server listing. Hopefully, this will provide the "glue" to ensure that servers don't become fragmented. The server list will be accessible from both the website and the game. The output is simple XML, so if anybody wants to utilize the data in some way, it should be fairly simple. 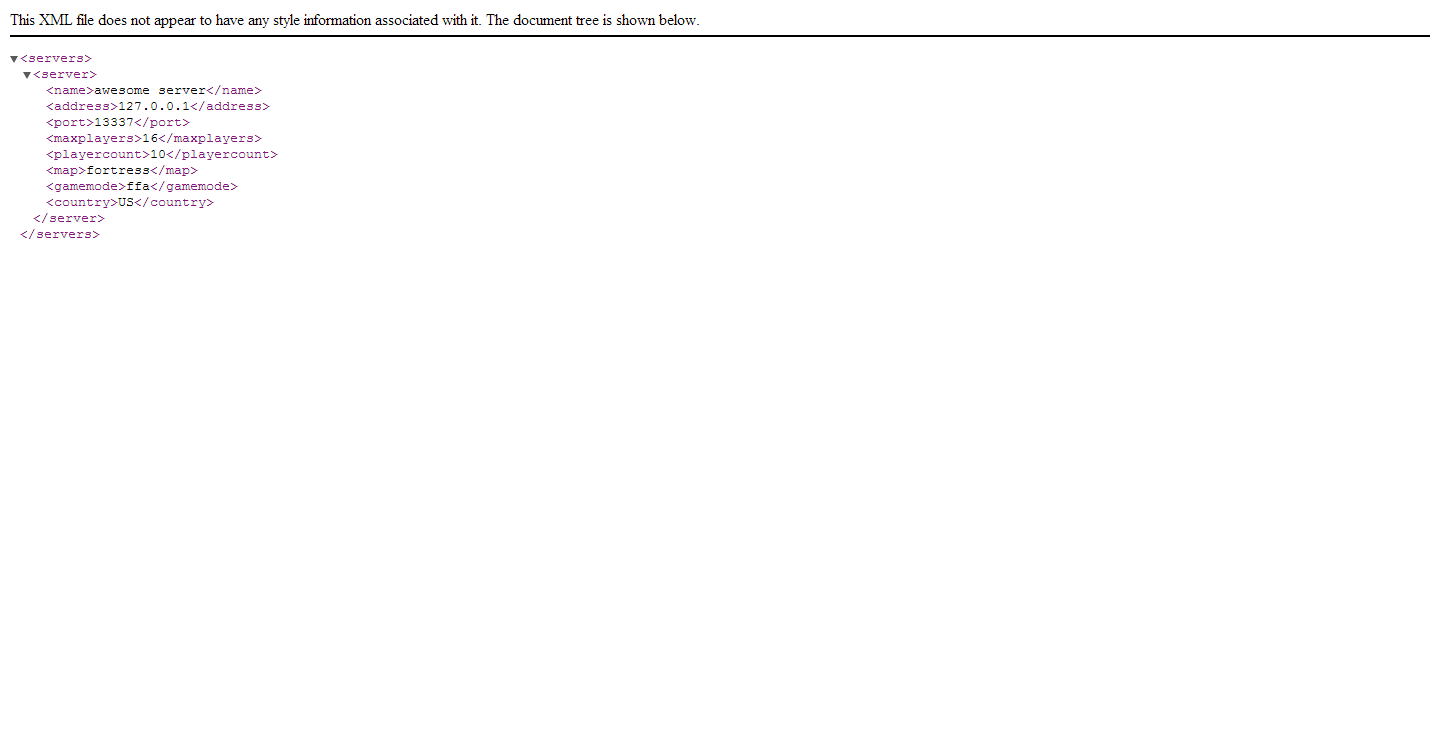 I've also created a new public to-do list if anybody who wants to check on the progress of the project from time to time. The link is on the summary page.

As for playtester applications, we're slowly reading through them. We won't send out any results until everyone's applications have been read, so don't worry if you haven't received one yet! We're still accepting applications though, so if you haven't yet but would like to playtest War of the Voxels, head on over to the website.