My productivity this week was hindered by a bout of infant-born illness. Folks always say to new parents - “Oh man, you’re gonna be constantly sick for the first year” but if I had fully understood the concept that a 5-month old can cripple a fully grown adult male then I might have reconsidered that one time she tried to put her slobbery fist in my mouth. Forge ahead I must, however.

I spent the week doing some cleanup of pre-game lobby type stuff. The game now verifies that the map you want to play on can actually support the number of players in the lobby instead of just crashing like it did before. This was one of those super-obvious things that slipped through the cracks until we had someone external take a build for a spin and, of course, that’s one of the first things he did.

I finished up the week by doing something a bit more involved. With our focus on user created content it’s imperative that users be able to share their created content as seamlessly as possible. To that end, I built a system for transferring maps to players when a match starts automatically.

When a host picks a map the name of the map along with a hash of the map data is sent to every player in the lobby. 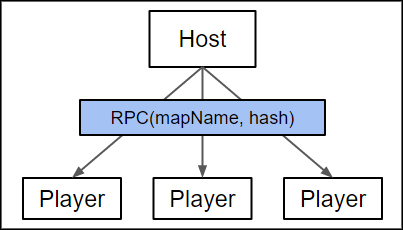 Each player checks to see if they have a map by that name and, if they do, if the data hash matches the one sent by the host (in the event that the player has a map with the same name but it’s actually not the same map - or is a modified version of that map). If one of those checks fails then the player sends a reply message back to the host telling them that they’ll need to have the map transferred to them before the match begins. 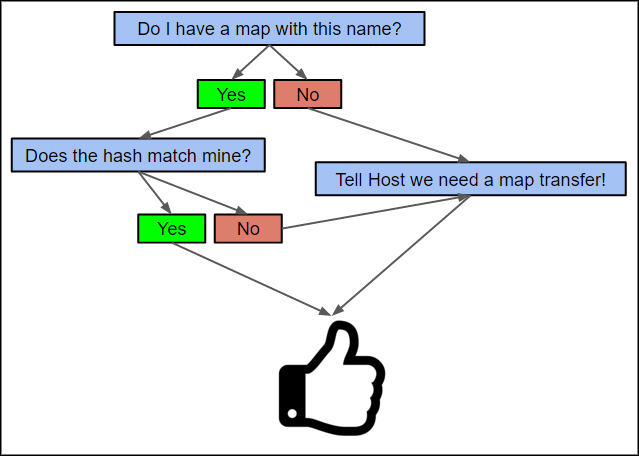 When the host starts the match the map data is automatically transferred to any player that requested the map. Voila! All players can play together on a custom map with only the host having to download it ahead of time and only players who need the map are sent the data over the network.

Further down the road I’d like to expand the system to allow users to save transferred maps after a match has ended. This should help good maps to spread naturally from player to player just by playing the game!

I spent this week working on another page for the first Chronicle. So I guess I will show a panel in progress. As Matt mentioned in the first update, the main point of these graphic novellas is to give you a better sense for the tone and backstory of the world in which our game takes place. Up until now we have mostly been talking about how the game will work and showing you units and other assets. While our unit descriptions might give you some sense these stories will hopefully give you a taste for where we are going.

Also...I sometimes want to kick me from the past for not doing more to more thoroughly learn/practice perspective. But such is life I suppose.

I have spent most of my time on the last week finishing up the hospital model. Once the geometry is complete and I like how it all looks I can start cleaning up the mesh.

Up to this stage I may have been throwing polys and tris around willy-nilly, but thing like that won't cut it for a final model. I cut out as many unnecessary bits as I can without changing the model or the silhouette. From here on I can start unwrapping the model to pass it off for texturing.