Part 2 of Watch Over Her went up yesterday - so go check it out!

This week I started to chip away at some of the features for v0.2. I added functionality for weapons to be tied to a particular type of death when they kill a unit. Unit data files declare a default death effect and then, optionally, many other effects that are bound to a death type. 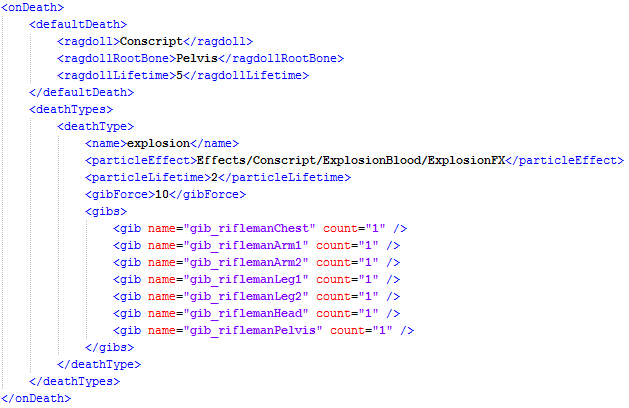 When a unit dies, it performs a lookup to see if the weapon that killed it matches any of its declared death types and fires the appropriate effects. This was prerequisite functionality for adding the start of a gib system - seen in the code above. Gibs are pieces of the unit’s model that get physics applied to them after spawning in at the location of death. Eventually Todd will add some effects to these to spice them up a bit - but the basic system is now in place and ready to go!

The newest unit we have concepts for is the Children of the Ancient’s Vicar. They fill the same role as the Medic that we showed the concepts for last week but in a relatively different way. The Medic can heal outside of combat freely, but the Vicar will do the majority of his healing in combat by taking health from his enemies and giving it to units in his squad (or nearby vehicles/golems). He will also have the ability to root his squad in place and heal them over time, which has a risk/reward component. His last ability lets him rip health from his squad to damage an enemy squad with an equivalent amount of damage spread amongst the remaining members of the target squad. He channels all of these abilities through the giant totem he trundles around with. The children must all carry their burden with grace...or at least a semblance of stoicism. 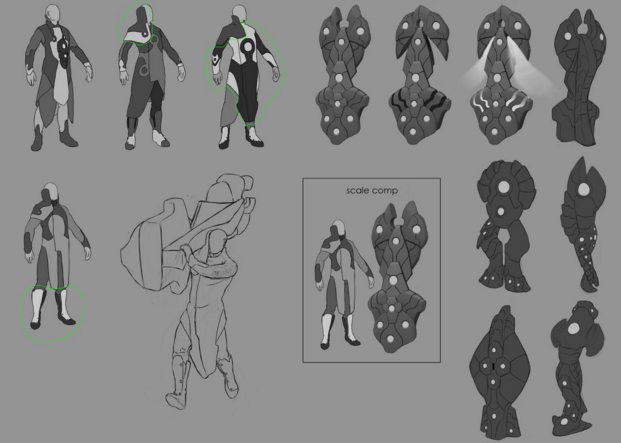 During Todd’s Last post, he showed concepts for the Laperian medical unit. During that week I was in the early stages of building development. Now I am far enough along in the process that I feel I can show you where I am at with it.

Laperian hospitals are broken into 2 different wings - one for the rich and one for the poor. The larger of the two houses the rich, well to do of Laperia’s sick and injured. The interior is well furnished, well equipped, and comforting. Patients are given proper treatment in their own rooms.. The smaller building off to the side is where the poor get ‘treated’. Housed in one giant room, all the sick are huddled together and treated in a substandard manner.

So here is the hospital in a mid modeling stage. Size and shape have been determined. The form is pretty much set, and i can start putting in larger detail and then later the smaller detail. This screenshot shows most of the smaller details in - at least the detail that will be modeled. Some things would be too small or complex to waste polygonal real estate on, so that will be done later in the texturing stage.

Once everyone is satisfied with the model, I will clean it up and optimize it, and get it ready for texturing. 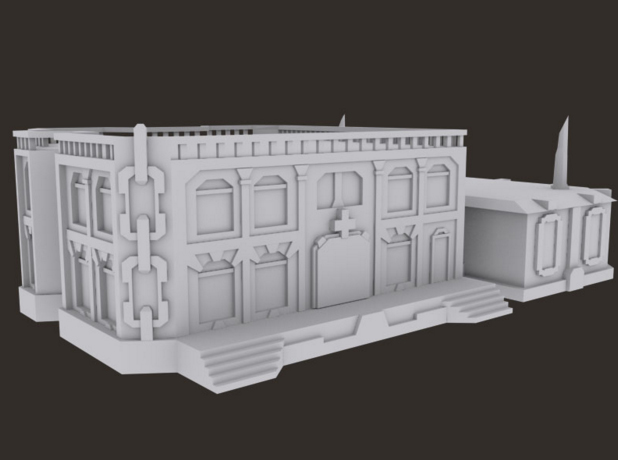 You can embed code directly in posts using the "code" button. No need to add it as a screenshot :)