We’ve had quite a lot of new things added to the game recently, and many long-lasting issues were addressed in the latest updates.

We’re very happy to announce a new feature that was requested a lot over time by the community on both PC and the Pocket Edition of Fractal Space: The ability to customize your Taser!

In the video above, you’ll see that you can separately select a color for:

When you start the game, you have access to a 2 default unlocked color swatches:

There will be approximately 20 color swatches in total. In order to unlock new color swatches, you’ll have to find them by exploring all levels and picking up the Color Packs in the game: 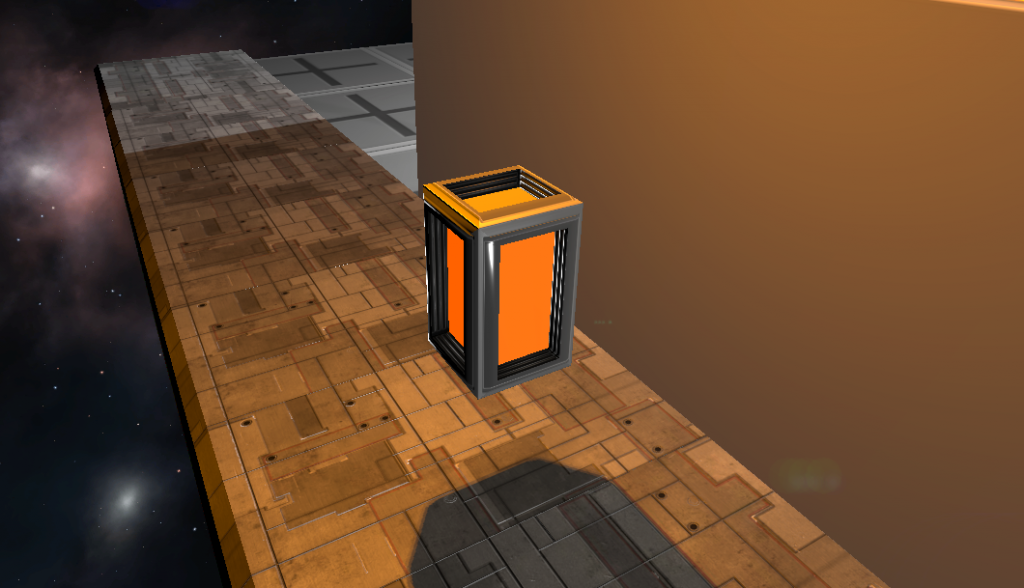 If you try to activate a locked color, a hint will show you in which Chapter it can be found: 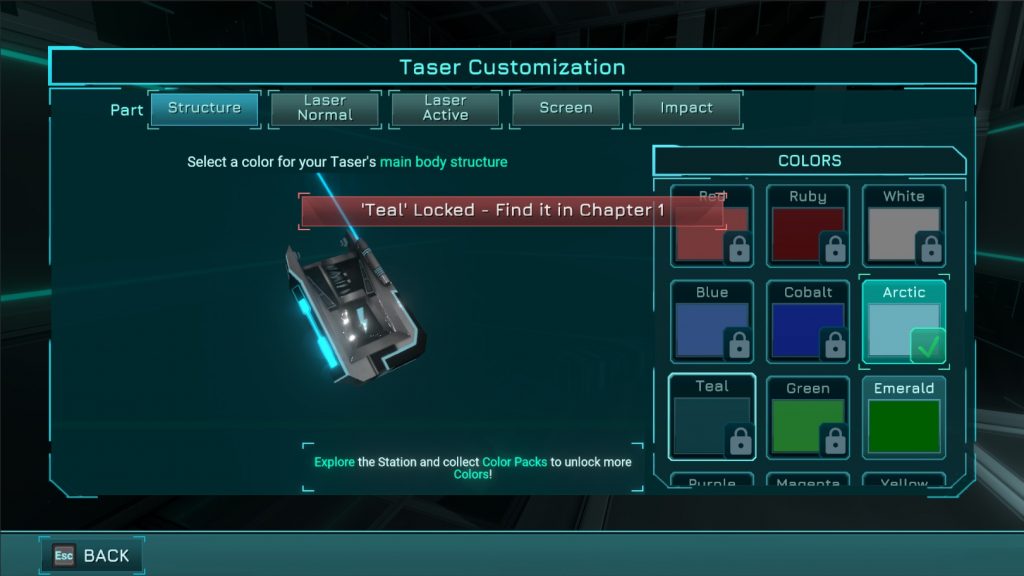 The game was missing a core element: objectives and objective markers. We have now added this to the game, and completely reworked the objectives system. You can see a demonstration of this new Objectives Systemin this video:

As you can see in the video above:

We are keeping objectives as general goals like “Open the Door” or “Find an Exit”, and we rarely provide step-by-step help in order to avoid making the game too easy.

However, it’s now much harder to forget what you are supposed to do, by simply pressing Tab or Dpad Down to see your current objectives and their markers anytime.

Chapters 1, 2 and 3 have new, reworked objectives throughout the level; we will soon be adding them toChapter 4 too on the Experimental branch.

Controls Remapping has been improved, bugs have been fixed, which makes it more stable and all cases should work fine:

Many changes were done to the core gameplay of the game; some that are hard to notice if you don’t know about them, but they should prove to make the game more comfortable especially for newcomers.

We have added a new hidden area in Chapter 1 in which you can find a Bonus Recording (coming later) and a Color Pack:

And below is a Time Lapse of how this area was created if you’re curious :)

The game now supports multiple paths to reach the very first Taser Ammunition Pack in Chaper 1 on New Game+ demonstrated in the video below using the Dodge ability:

We have added a new skip path in Chapter 1 for New Game+ only, next to the very first crushers you encounter in the game:

In Chapter 1 on New Game+, you can walk on the vent next to the very first Power Core; this area looked visually buggy; it has been reworked to look more like an intended secondary path: 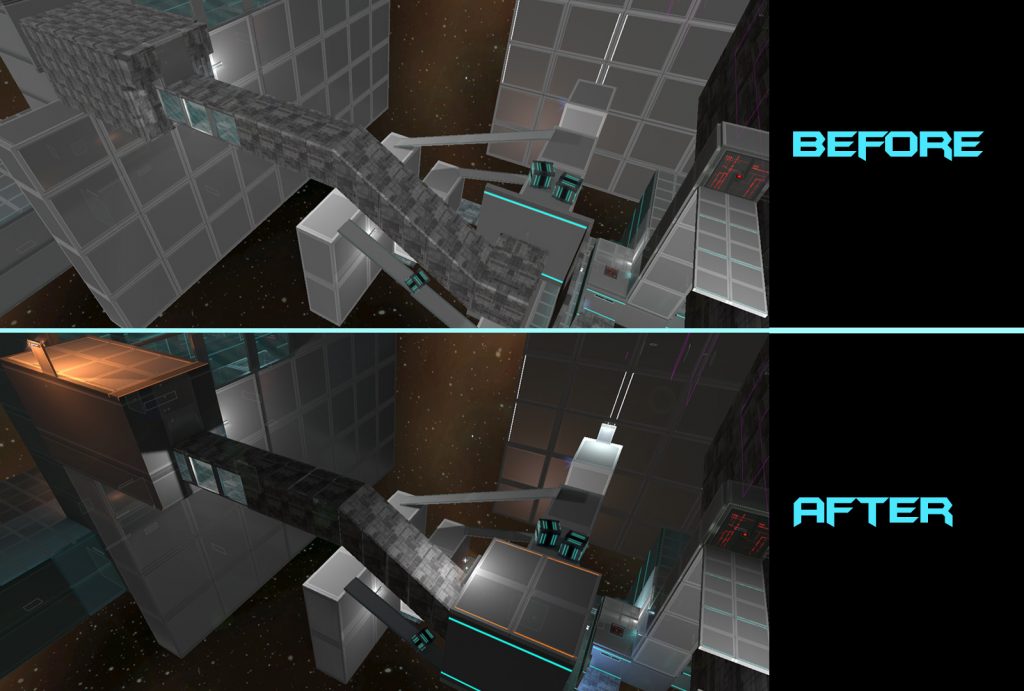 In some cases, the character wouldn’t respond to jump requests; now this shouldn’t happen anymore and the player should always jump when requested, even while moving fast – considering there is a valid ground below.

There were many issues when the player was moving fast on slopes. Now, moving fast up or down a slope will still ensure the character remains “sticked” to the ground all the way instead of “slowly flying down” the slope sometimes (that was preventing you from jumping while going fast down slopes).

We have reworked the mine beams visual effect to be more distinguishable from normal lasers, and to look nicer:

We have reworked the in-game bug reporting system. It is now:

A great addition thanks to these changes and The Promidius’ hard work on the Discord Server code, bugs are now fully linked to the server, and it will automatically post a new bug report on the #active-bugs channel!

From now on, we have the following main next steps that we are going to be actively working on.

Chapter 4 on PC is currently only available in EXP builds. We will now make some final additions: 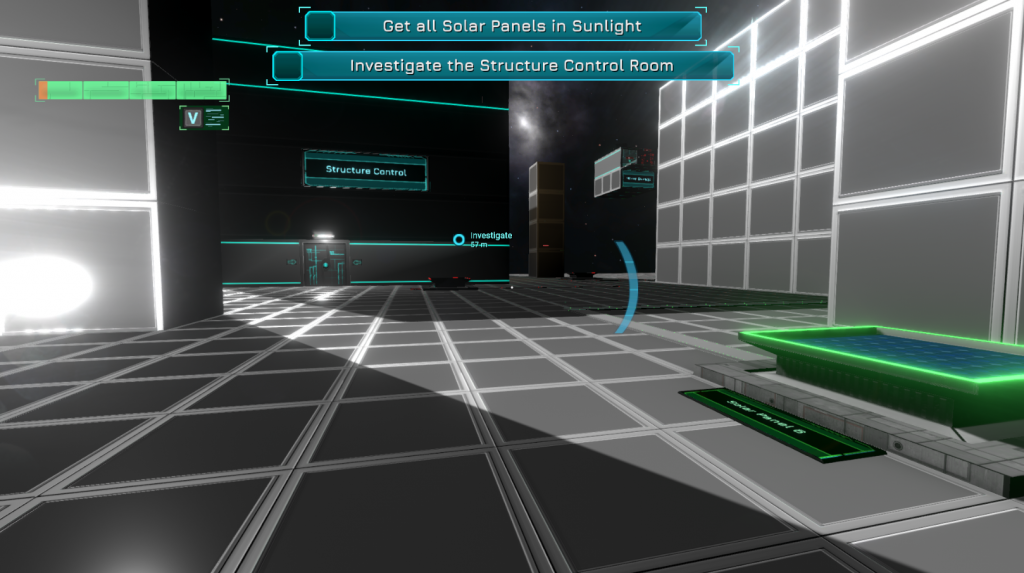 After these 3 steps are completed and testing is done, Chapter 4 will be available in the default branch!

We have just started the work on Chapter 5 for PC; It will be a long journey of work, estimated to 2 months. 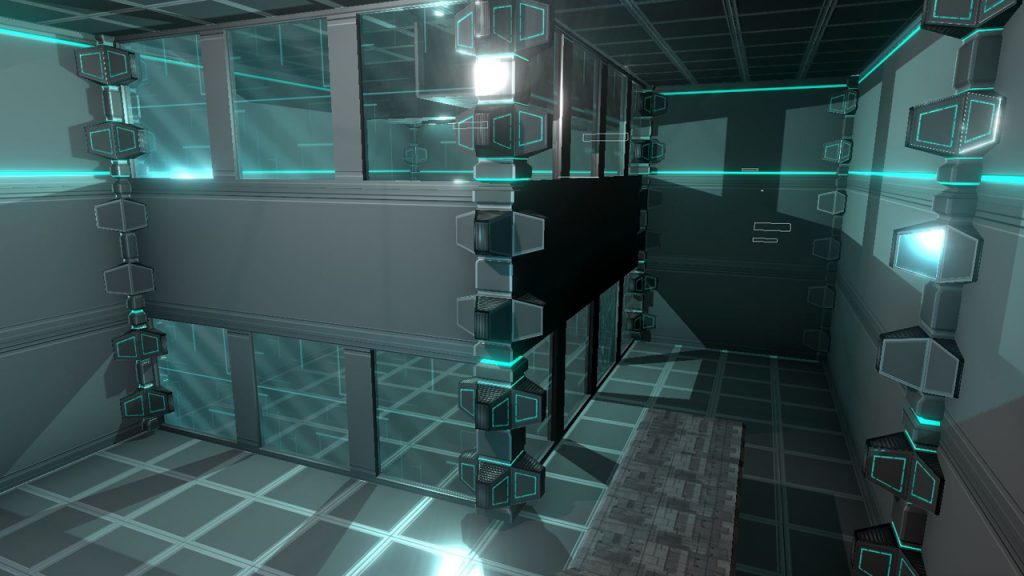 Chapter 5 will be a reworked version of Chapter 4 on mobile, with many new rooms and new PC-Exclusive content. The existing mobile content will be completely re-designed to look and play better with the PC gameplay mechanics.

When it will be ready to be tested, it will first only be playable on EXP builds.

We have started working on first tests for a Level Editor for Fractal Space a while back. However, it’s in a very early state, and cannot be tested currently.

We’ll keep you updated as progress is made on the mobile version update; there will first be a Beta-Testing phase on both Android and iOS.

That's it for this month! Thank you for your support and for reading us!