This article covers the development process of our game jam project of the #libGDXjam. The jam's theme is "Life in space" and the used technology is libGDX. It started on the 19th December 2015 and ends on the 18th January 2016.

In our fist meeting we discussed the main mechanics of Alien Ark. It will be a roguelike planet exploration game where you land your space ship on procedural generated planets. On the planets you can find several artifacts. Combine those artifacts to create new alien crew members that will improve the attributes of your ship. Improve your personal landing skills to save precious fuel for your ship. The game contains three screens:

On the Solar System you navigate your ship trough the solar system to enter the orbit of the planets. On the Planet Surface you land your ship on the surface to collect artifacts and items. Choose a good landing place to avoid damages to your ship. In the Ship you combine 3 collected artifacts to create new alien crew members. The crew members can improve the attributes of your ship like fuel consumption, required landing space etc.

We want to have random generated planets to explore in the game. To create interesting landscape we are using our own tool called Opus that we will release with the sources of the game. This tool comes with a handy editor that combines noise functions and store the results in chunks.

In the following video you can see an attempt to create a mesh out of the height values of a chunk. To create a connected surface we improved the mesh creation algorithm. In the next video we can see that the surface is now a grid of connected triangles. The normals of every vertex of a triangle is pointing to one direction (instead of calculating the average of the neighboring triangle normals). This leads to a non smooth shading look. We also alter the topology of the grid in some cases to achieve a better looking.

We are also experimenting with the style and colors of the game. The following concept was made to find the right look. Do not expect that the final result of the planet screen will look exactly like this concept :) 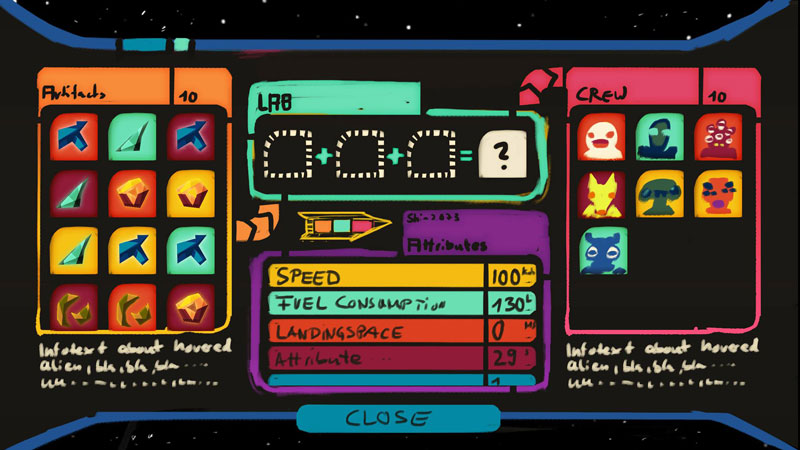 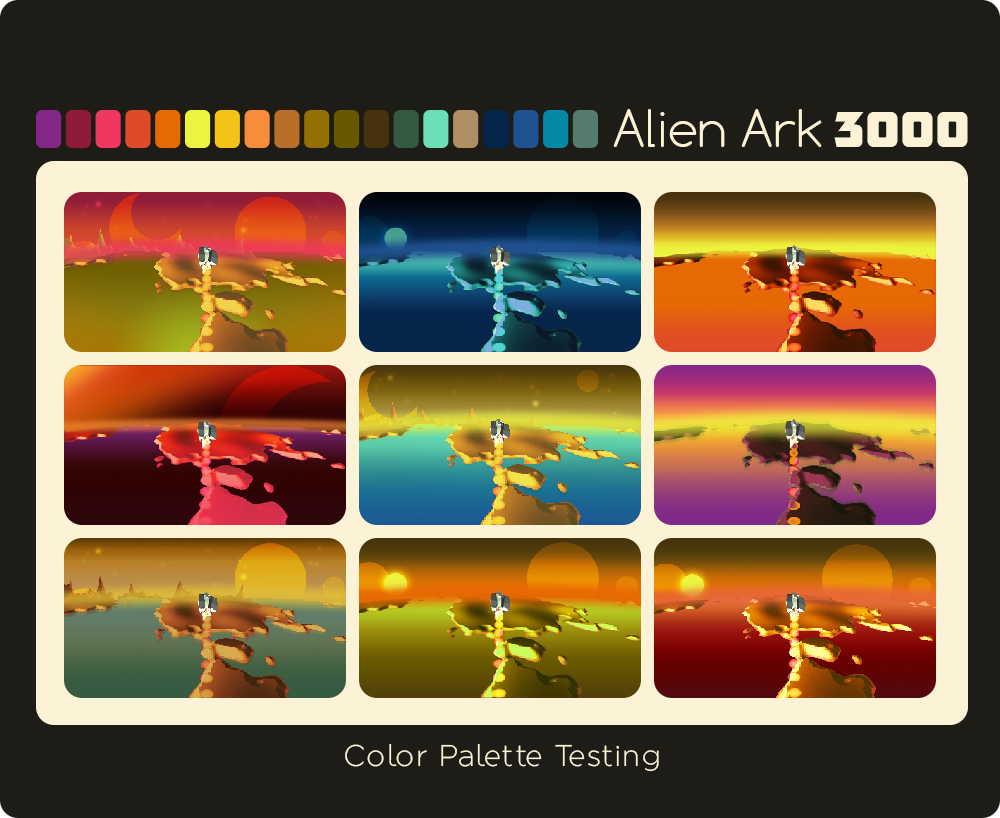