A 48-hr development marathon. How much stuff did we get done? Find out with these patch notes! 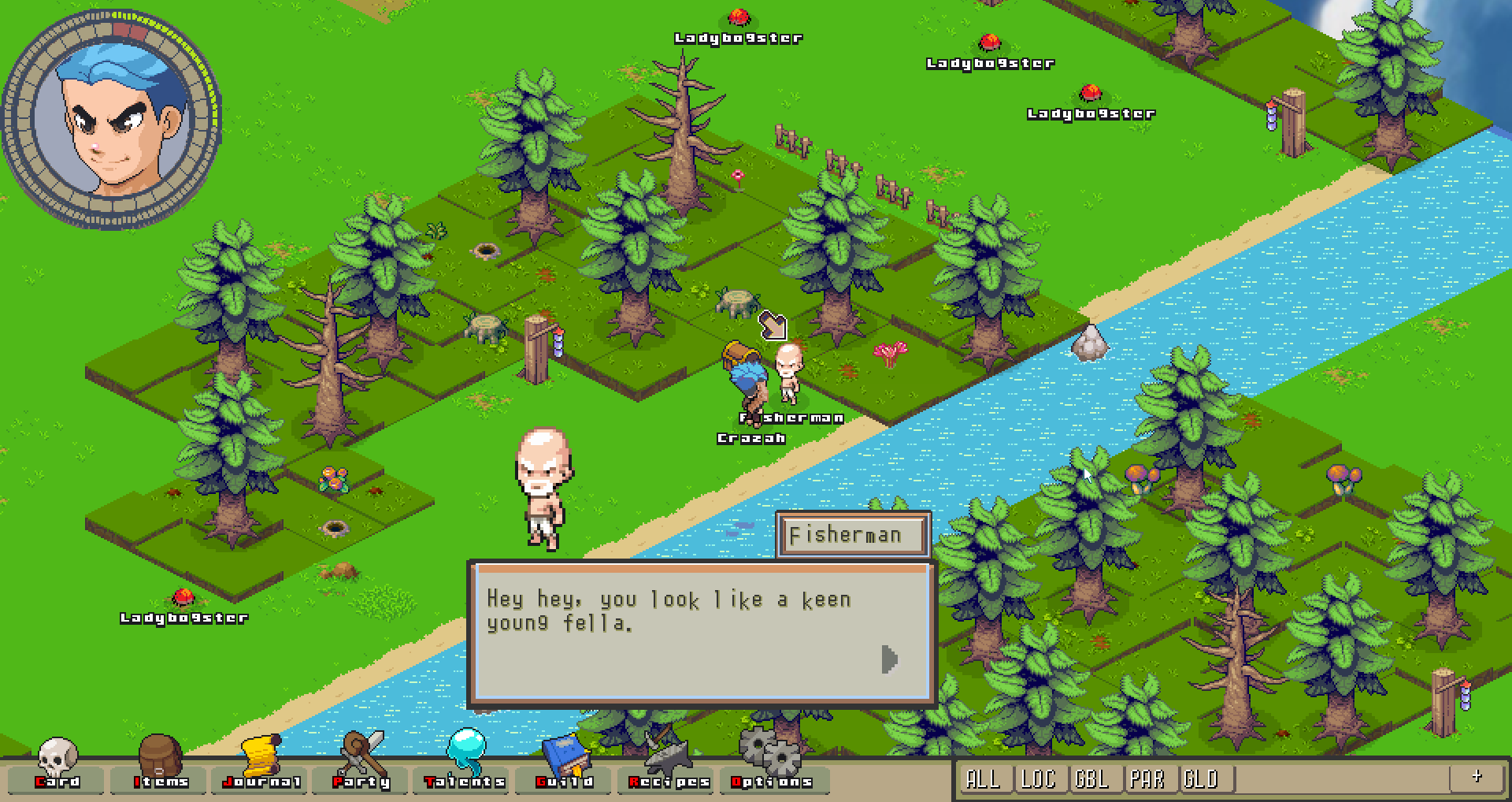 We buckled down this weekend and pushed out a ton of content and fixes. It's about time I sat down and really crammed in all the things that the community has brought up, and what has been plaguing the alpha test for a long time. Among the content this patch brings is a full crafting release, gathering, refining, a snazzy new intro cinematic, and four new levels.

This is all part of our polishing pass as we near ever closer to our impending doom - oops, I mean release.

You can read all about it below in the patch notes below. As always, enjoy, and I hope to see you in-game. :)

· Added gathering for some of the aforementioned professions. You will find fishing spots near creeks, ore in caves, trees in the woods, meat, cooking and hunting ingredients from monsters.

· Added refining for some of the professions. Ore for example can only be refined at a forge. Meat can only be cooked at a pot or stove.

· Several quests have been added in the area around Wakai Village.

· Shopkeepers no longer sell every item in the game. These must be created by players with the right crafting lvls.

· Fixed an issue with scroll bars if the incremental change wasn't maxed.

· Shortened animation when teleporting between maps

· Fixed a bug where zooming in was broken

· Fixed an issue where chat would cause CPU spikes

· Fixed an issue where checking for most recent messages in chat would cause CPU spike.

· Fixed several issues with monster movement. It should be more streamlined now.

· Fixed an issue where several items were worth 0 gold.

· You can now mousewheel to scroll in the chatbox.

· Fixed a bug with monster drops, where it was using previous max inventory size of 24 to determine if your inventory was full.

· Fixed a bug with quests that had a similar issue as above.

· Fixed a bug where new characters would spawn in with the wrong display layer assigned to their characters.

· Fixed a bug where black pants were off center in ui menus.

· Improved on demand sprite handling for items. This will speed up things like inventory, shops, etc

· Improved text caching for large performance gains across the board when on-screen text is involved.

· Fixed a bug where cooking recipes were demanding a new stack of the item instead of stacking properly.