Happy 2019 to everyone! Here’s a big update on the current design off Setting Sun

Another 2.5 years have passed so I thought it might be time for another small update.
In all seriousness though, I kept working on the project and I’ve still been posting gifs, videos and images the past year, but I’ve not made a new article in a long time.

I’ve been working on and off on this project for a while now, but the last couple of months I went full out on creating some kind of playable demo, which is coming along nicely.

At first the plan was to create a kind of Japanese Diablo, but I’ve since stepped off from that idea because I figured the scope of creating an entire loot system with rpg stats, drops, legendary items, an inventory for loot and equipment, etc was a bit too much for 1 guy.

Gearing is still a big part of the game ofc, but will work differently through unlocking patterns, crafting and equipping them through a NPC.

The game has been significantly changed and updated since its original design and can now be classified as a roguelike dungeoncrawler.

The game is split up in 2 main areas, the town and the dungeon.

The town is like a sanctuary for the player where he can roam around before and after dungeon runs, talk to NPCs, buy upgrades, craft gear, etc.... 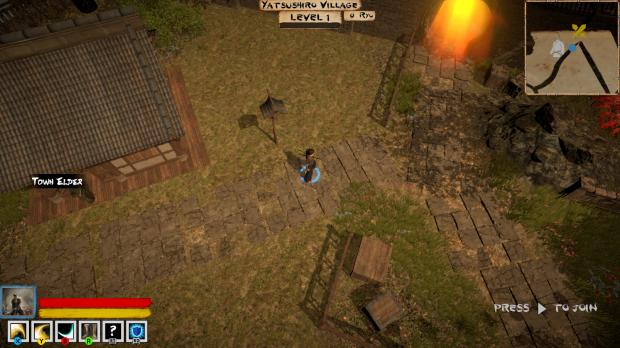 Sadly when first starting to play, the town will be pretty ransacked and look pretty deserted, because of the Shogun’s reign over the land.

It’s the player’s job to help out, bring back life to the village and solve the Shogun problem once and for all. To do this, the player will have to traverse the dungeon.

The dungeon is where the action happens.
The dungeon consists of several levels and maps that are procedurally generated.

Here are a couple of example shots from areas in the dungeon. 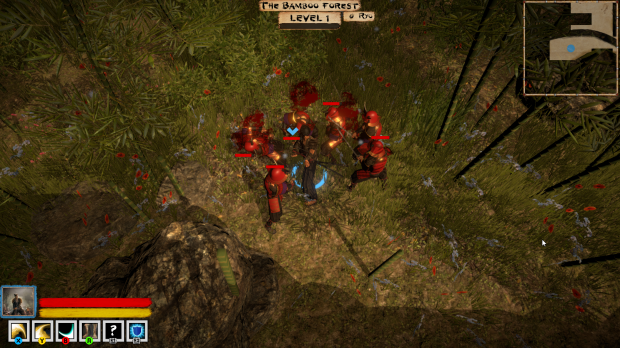 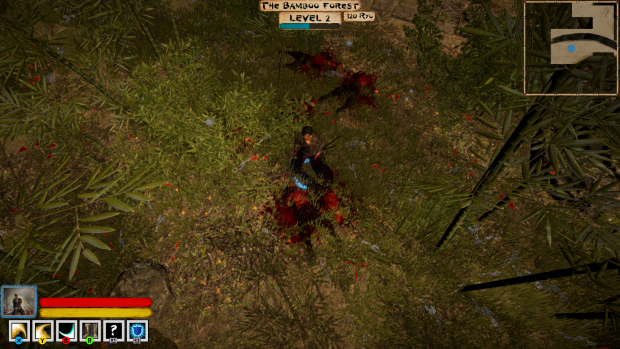 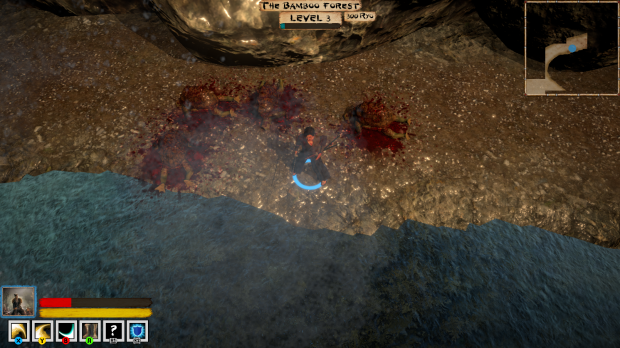 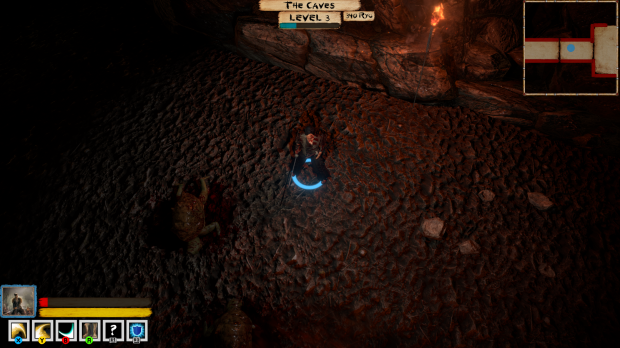 Obviously the player will have to try and get through all the levels and bosses, and finally reach and defeat the final boss without dying, because dying will send you back to Town and the dungeon will reset!

This won't be an easy feat to accomplish on first try.

Luckily the dungeon is filled with all kinds of random encounters that can help the player out.

You could for example encounter NPC's that you can recruit to your town who will open a establishment; you could find patterns to craft new gear or simply spend your currency to invest in your town and update the place.

For example finding the Sensei will open up the Dojo in town as seen below! 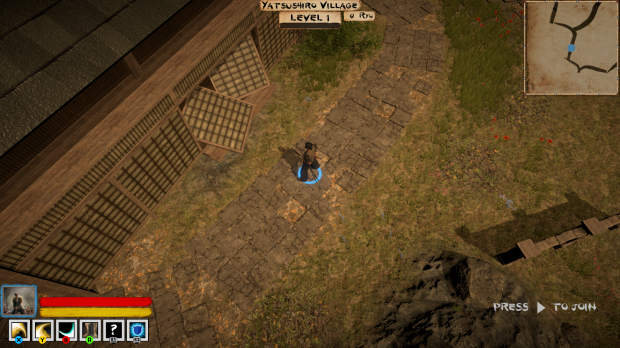 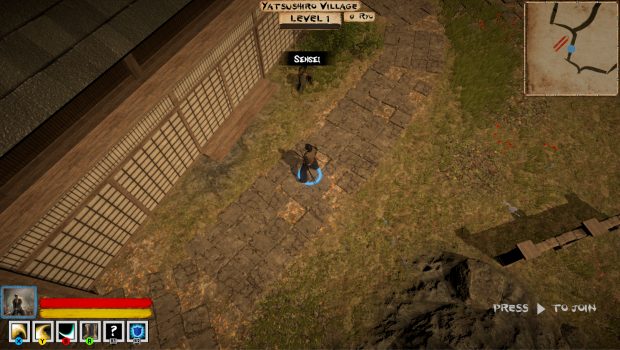 So that’s a short summary of the new design of the game.

Because I’m working on the prototype, which is starting to take shape, I’ll have some more stuff to share concerning the classes, abilities, gearing, etc.. in the next articles.

And hopefully a playable demo for everyone to try out soon!

Thanks for reading.
Sayonara!