Here we discuss the inventory system including the different item types. Also discussed is the skill system used for the player to unlock and upgrade their character's skills.

Posted by blacklancestudio on Aug 29th, 2013

The player inventory is split into four sections.

Item Slots (which are shown in the bottom left corner) are items that can be used in the dungeons. Here you would put items that you think you will need during combat or while exploring.

General Inventory is your main inventory that you place items that you can add to quick slots when needed. All items in here can be used by the player during combat.

Armour Attachments are pieces you can add to your armour (discussed in detail at a later date) these items are purely for equipping with the character's armour and aren't used anywhere else.

Quest Items are all of the items collect for and from quests. These aren't used directly and instead are used in events. 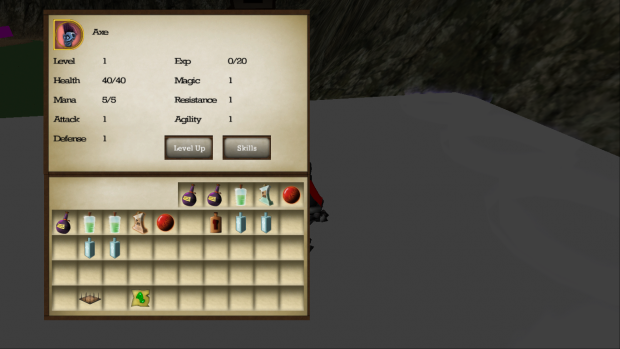 There are various types of items that can be used in the dungeons to help you on your journey.

The most common type is medicine. This includes any items used to restore your health or man or remove any status effects you might be under.

Buffs are items used to give the character a positive buff/status effect that improves their stats for a short period of time.

Grenades are single use items that work like a spell. Goof for you have no mana left or the current character can't use certain skills.

Traps can be placed around in the dungeons to aid the player. Traps include non harmful things like torches or barricades. Other traps like the spike foot trap can be placed to activate when walked over by enemies. Another type is a magic statue that will fire at nearby enemies. Traps are particularly useful in infestation dungeons or mining dungeons where enemies can continue to spawn and attack you by surprise. 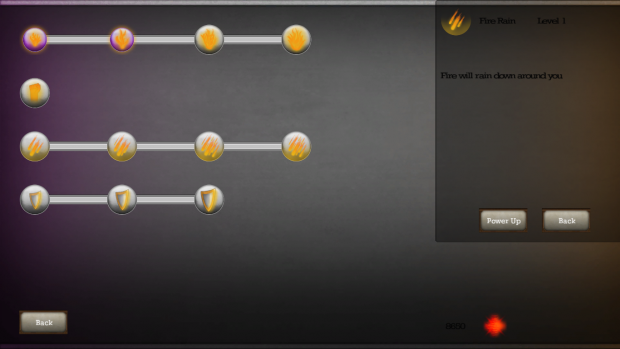 Unlocked skills will appear in the bottom right corner and allow the player to scroll through and select the one to cast. Skills can range from offensive spells, to status changing, healing and summons. By clicking on a skill you can find out its cost and how it improves the existing spell.
For example fire rain adds more damage and more fireballs to fly down with each level. The mana cost also goes up so make sure you give the character adequate mana to cast it. Also remember the magic attribute will improve the effects of most spells. Some skills will be enhanced by other attributes like attack.

This completes the fourth update. We are currently improving performance and the first section of the game ready to put up some gameplay videos from non developers.