Lead Writer Joao Beraldo talks about the event in Hendrika's recent past that united the nations armies and reinforced how dangerous magic is.

In many ways the back story of Shadow Heroes is a post apocalyptic story. A mighty kingdom of magic is ruined in a flash, crumbling into anarchy, dangerous mutants and hazardous powers. It took the people of Hendrika time to lick their wounds and form new nations. We needed that! You do not play the part of a lone wolf in the broken plains of Hendrika, but the leader of an elite army. Who were you fighting for? Why?

There was, though, little time between the fall of the Kingdom of Hendrika and the time of Vengeance in Flames. We didn’t want the Great Rift to be so far in the past that it was forgotten, neither too early that chaos would still be the rule of the day. We needed something to force people to get up and prepare for the inevitable.

Just like in any post apocalyptic story, ruins of the past litter the land of Hendrika. Old magic artifacts, forgotten tomes of magic and mysterious creatures out of this world exist where men have not dared to delve. But how dangerous are these artifacts? How dangerous is magic?

Yes, magic is dangerous. Very dangerous, and it was necessary to make it clear from the start how and why. It was not just a matter of having someone find a powerful artifact and use it to conquer Hendrika. It was about collateral damage, of insanity and loss of control.

No one was sure of who she was or where she came from. She first appeared floating above the city of Valimai at Virtanen, kept aloft by the winds she seemed to control. Her body was covered in tattered robes, her face covered by a mask. Magical artifacts hung from her body, irradiating magic everywhere. Her actions spoke for herself. 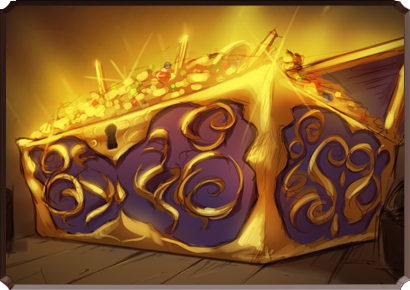 She attacked monuments and unearthed ancient ruins, apparently seeking to locate more artifacts. As the nations of Hendrika tried to stop her, they were destroyed by a power akin to what the elders told of the Sorcerer-kings themselves. It didn’t end there, though. Just as Scourge of Clouds could manipulate magic in the environment, she could control the magically-tainted ändras. With a snap of her fingers she had a loyal army under her power.

Scourge of Clouds didn’t choose enemies. She attacked seemingly at random, enraging all nations of Hendrika as she cast storms and lightning over their cities. It was the trigger that lead to the first alliance between Hendrika’s new nations and, eventually, the Treaty of Aylmar.

The Scourge of Clouds was defeated, but her body - if there ever was a body - was never found.

Is she dead or is there a chance that she returns some day? Worse: what created or released her? Could it happen again?