Joao Beraldo talks about a major subject in Shadow Heroes,the magic system and how it works throughout the world of Hendrika.

You’ll find a number of different explanations to magic in the worlds of fantasy. There are scholars who learn to recite intricate formulas, sorcerers who are born with magic in their blood, magic as a divine gift from the gods, and stories of men capable of harnessing magic by manipulating demons. A hundred different names have been created to call these magic-users, a hundred different systems have been designed to explain how they work.

We had a few very clear premises when we designed Shadow Heroes’ magic system. By "system" I refer to the rules that say how it works. Every novel or game must define these basic rules. What is possible and what isn’t? How does it work? What is the cost? And how all of that affect life around it? Once you know how the system works, creating game content becomes a lot easier.

We had the following guidelines:

The idea for this system came with the concept of magic as a natural force. Too many works of fiction treat magic as something too esoteric. Magic is just there and it doesn’t matter where it comes from. We wanted something different, so we made magic a raw force like gravity, electricity and radiation. 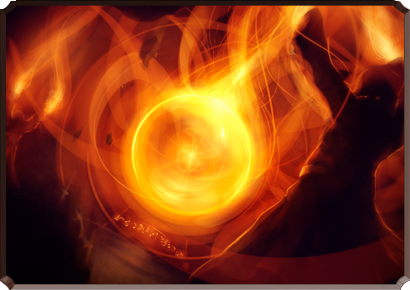 Wait... did I say radiation?

And look at that! We had a classic nuclear accident (the Great Rift) to frame the idea! Could magic be our atomic energy?

In the world of Shadow Heroes, magic is the byproduct of mana, a natural energy that exists everywhere, as invisible as gravity, but still a force capable of affecting life around it. A magic-user is someone capable of manipulating mana into effects called magic by using special formulas. Some people are born with an affinity to magic. These people are capable of feeling mana flow in the world around them and therefore has an easier time drawing them.

It is the change of mana into a physical matter that causes radiation. This radiation is hard or impossible to control and causes severe mutations to young cells. The ändras (swedish for “change”) are the result of uncontrolled mana radiation. Children born in areas under strong influence of mana radiation tend to be born ändras.

We had a lot of ideas of different ändras. Archangels, cherubs, demigods and what else could we come up with? But, if it was the effect of radiation, would it form that many similar creatures? There was the need of some extra rules there. The inspiration came from d20 RPGs: magic had types, which influenced what mutation occurred. So, the radiation that gave birth to Cherubs was life or healing mana, that produced by the existence of powerful healing artifacts or near areas where particularly strong life magic had been used.

Making magic a natural force also meant our friends at Aylmar could study it. Seeing magic as science instead of mysticism, Aylmar scholars learned how to capture mana and convert it into fuel. Just like any fuel, raw mana is dangerous. It could be used to make machines work, to power lights and engines, but it could also be turned into bombs. How long until we have a M-bomb?