Alexandru Merza takes some time to answer a few questions regarding Gameplay Balance in his latest dev blog.

This week, I will be covering what we did in order to make sure the game is balanced and fun for every single person that plays it.

What did you need to balance?

At first, when we decided on the concept of each of our current 9 units, we also played out how they were supposed to be taken out. Unfortunately, based on their individual looks and names, some were bolstered a bit too much while others felt relatively useless for how much they were worth in terms of cost and income.

On the first draft of the Demigod, he was able to mow through waves upon waves of Exorcists without even falling down (due to his ability to increase his damage and attack speed the lower his health is). As much fun as that was, it felt a bit too broken for its value.

Other units felt a bit too weak. A good example is the Martyr. She may be the reason most of your troops attack faster and harder when she dies, but she would not be able to even scratch an Exorcist or a Hunter when going up against them 1v1. That made using her for the price of 4 Exorcists a bit too expensive.

So you worked out all the kinks?

There are countless possibilities of gameplay that we have not even tried, as such we will continue to monitor games, see what people do, how they play, what strategy gets abused and adjust game accordingly. Our ultimate goal is to get people to use EVERY unit at their disposal in some way, shape, or form. There should be no unit that you look at and think "Yeah, there's no way I'm using you. You're completely and utterly useless". 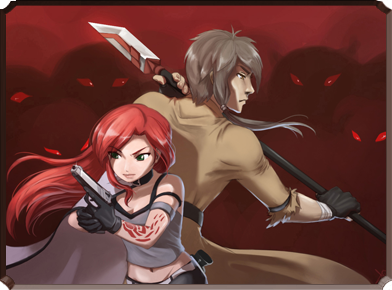 But you will have more units

Indeed we will, and every single time we may need to re-adjust the others in order to accommodate a new unit's usefulness. Choice and diversity is our ultimate goal. Since every unit is divided into it's specific grouping (Ground, Assault, Air) and subgroup (Light, Heavy, Support) we will continue developing new units until such a time where a player could have upwards of 10 possible choices for each slot (for example the Exorcist is a Light Ground unit, so we'd love to have 9 other units that could fit that role).

This is probably one of the hardest mechanics we have to balance. While the goal of items is to give players and edge, we also want to avoid giving them the ability to create a boss that butchers enemies without staggering. No one unit should be able to trample completely and utterly over every single other unit in the game. Careful planning and management of the equipment system, is capable of determining a winner of a battle.

Do you care about player feedback or just your metrics?

We will never ignore our fans and our players. We want to keep everyone happy and make sure your game experience is not affected for the worse, as such we will focus on any and all feedback you provide to us.