A posting of our Developer Blog also available on shadowheroes.com/community/developer-blog

Welcome to the first Dev Blog! This is Justin aka HagNasty and I’m very proud to announce our newest project, Shadow Heroes: Vengeance in Flames. Before jumping into the meat of it, I’d like to provide you a bit of a background on who we are, what our game is and why we are making it.

Who is Allied Games?

Well, that’s a good question. We are a strong team of well-rounded people with a drive and passion to create fun games. We have a strong history in Mobile and Web development where our team members created applications for iOS, Android, Blackberry and even Java during the pre-smartphone era.

Eventually, we grew tired of restricting our vision to the capabilities of the devices we were making them for, so we made the move to PC where essentially anything is possible if done correctly. Now that we are here, we are letting our imaginations run wild and creating the games that we want to create. 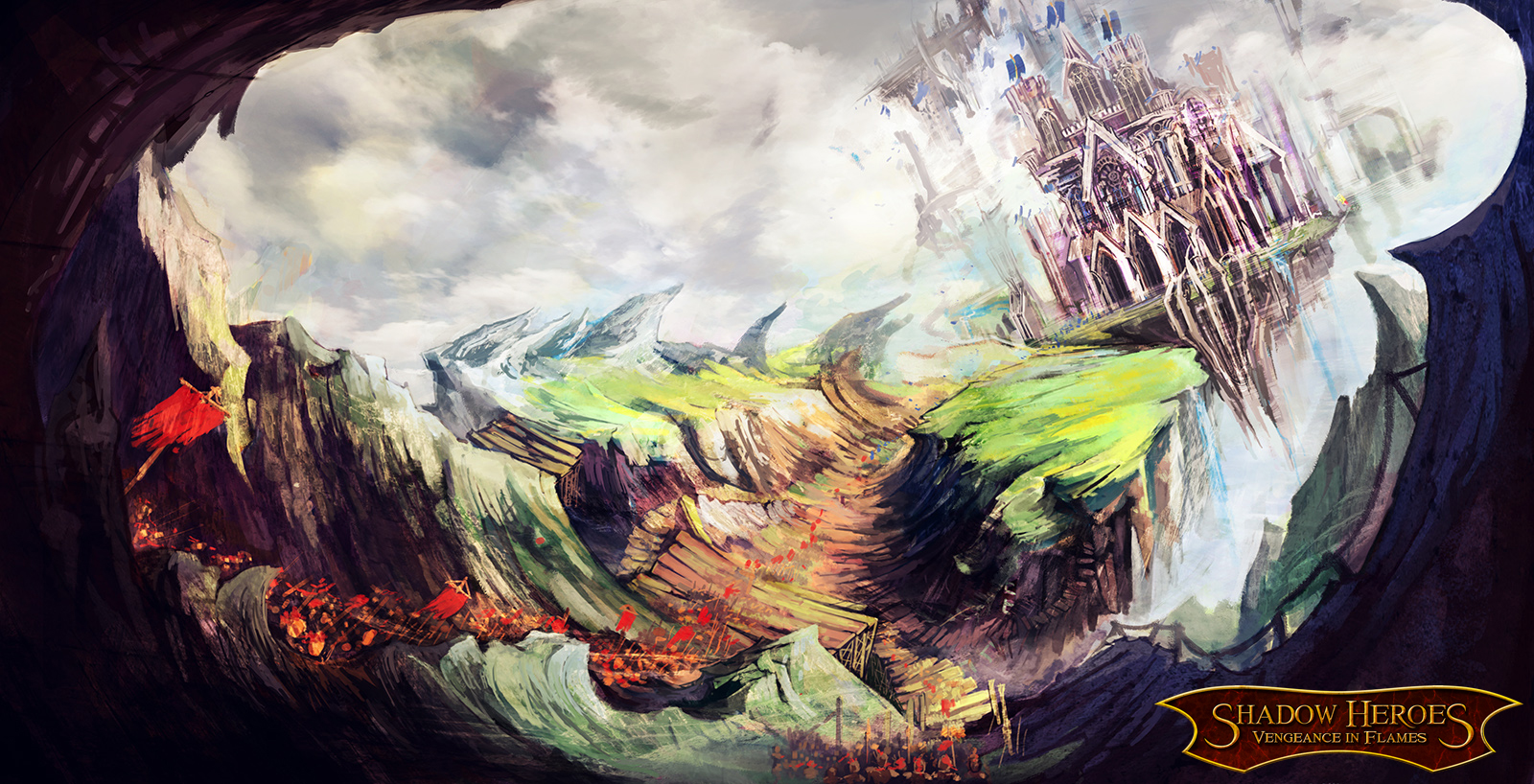 If there is one thing that separates us from a lot of studios out there is that Allied Games has no seniority and no restrictions on who says what. Anyone can voice their opinion or share information. We find this a great benefit because who says a programmer can’t have a say in character design? We encourage everyone to speak up and share their opinion, staff and fan alike. The more ideas we have the more we can do. The limits of any game are only that of our collective imaginations.

Alright, so what is Shadow Heroes and why are you making it?

Glad you asked! First and foremost, Shadow Heroes is a real time strategy (RTS) game. There is a bit of a twist though: you don’t control your troops. Now this may sound strange at first, but it is a deliberate game mechanic. Traditional RTS games have a lot of emphasis on positioning, micro management of troops while simultaneously managing your income and timing your attacks with your tech trees. There is a lot to do all at once! We wanted to simplify this down to something that everyone could enjoy. To achieve this we have equipped your units with an adaptive AI that allows them to survey their immediate surroundings and lead them to your goal while you concentrate on managing epic battles with hundreds of troops clashing on the battlefield.

So what exactly do I do?

The key behind any great RTS player is the ability to do a few key things with great precision. Among these things are our cornerstones for gameplay: Plan, Observe and React. As the game progresses, your job will be to hire more troops to defeat the enemy base. Every few seconds, the troops you hired will spawn and start attacking the enemy. Just remember that the enemy is doing the same thing. Each unit has different strengths and weaknesses that will make them good or bad vs other units. Depending on what units you hire, your army may get crushed. It’s at that time that you need to react in one of two ways. The first is to make different units that are powerful against the enemy’s army. This may be an uphill battle, but one that could be well fought. The other is to equip your troops with different equipment. These pieces of equipment can be used to augment your troops to be better in different situations. On top of that there are different versions of equipment and various qualities of them too. While some of them provide passive buffs others require activation which requires a great deal of skill to use effectively. You have hundreds of choices. It’s up to your strategic planning and critical thinking to win the battle and push forward.

Sounds good, where can I learn some more?

Chances are, you have already read the about section of the website, but as more characters, items and levels are released, more information will be revealed. We will also be posting regular updates here in the developer blog with a schedule that looks something like this:

We will also be posting regularly on our facebook and twitter with all kinds of exclusive goodies and updates. I look forward to talking to you all again very soon.