During the last week we were mainly concentrating on adjusting and tuning out the web, mainly it’s technical and ergonomic aspects. Managing to do minor changes in the controls, graphics and removing minor bugs. 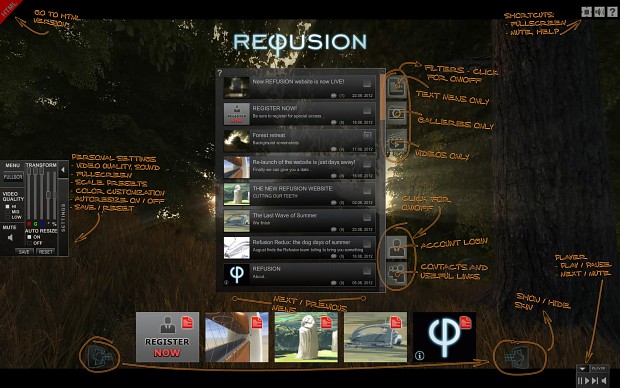 We created a mechanism in the engine editor, which will allow us to divide it into different parts, so we could work on more projects simultaneously, while keeping them consistent and up to date. The point is that so far we used some of the sources for multiple projects at the same place and until now all the projects worked on were open in one editor, which has its perks (everything is in one place - upgrades and calibrated items are instantly visible everywhere)... however this has one major disadvantage. It is quite hard to separate a single project from the whole structure of the editor if we want to release some of it for the public. It is even more difficult if we’d like to update and release new versions containing new material frequently. 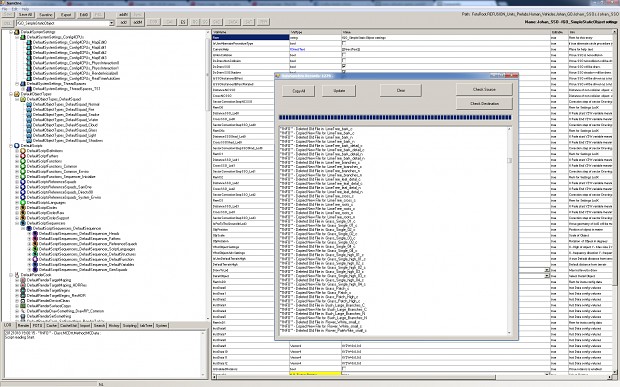 This system enables us: a) to have (so far only some of) the source data outside of the editor in sort of a bank and to be able to import the data which belongs to the project, respectively it’s structure, into the specific project and send this “package” out into the public; b) compose the objects in so called „SamOne Master Editor“ and then export/import those components into every project as needed... and additionally tune them out in there. By the composites of the object we mean: geometry (LODs, shading models, collision models etc.), textures and settings of their parameters (mapping, lighting, Alfa Testing etc. etc.), shaders, setting up the object as a whole (multiple objects together create one whole, wind parameters, LOD-ing, fading etc.)