After a long break, we're reviving our dev blog article series. In this ice-breaker edition, we are reflecting on the feedback that we received in the last two years and how we used the feedback to improve our game.

Hello and welcome everyone,

We’re back with another Raji: An Ancient Epic dev blog. This time, we’re picking up on our original dev blog series. If you haven’t yet read our last issue, we highly recommend that you go back and check out Devblog #3 The Combat of Raji: Part 1 Inspirations and Intentions as this article looked at our inspirations and intentions behind combat in our game.

So without further ado, let’s begin!

If you looked closely at the devblog that we linked above, you’ll have noticed that that article was posted in September 2017 (over two years ago now). In such a long time period it is perfectly normal for a lot to change, especially if you are open to your audience and their feedback - which we have been.

What’s more, between September 2017 and now, we have been to many game conventions, heavily engaged with our awesome game testers, and shared a lot of game clips with our community on Discord and our Social Media channels.

The game convention tour was especially big for us as we traveled the world from IGX in Mumbai to Gamescom in Germany, EGX in England, and the United States of America when we visited the MIX and ID@Openhouse in Seattle. 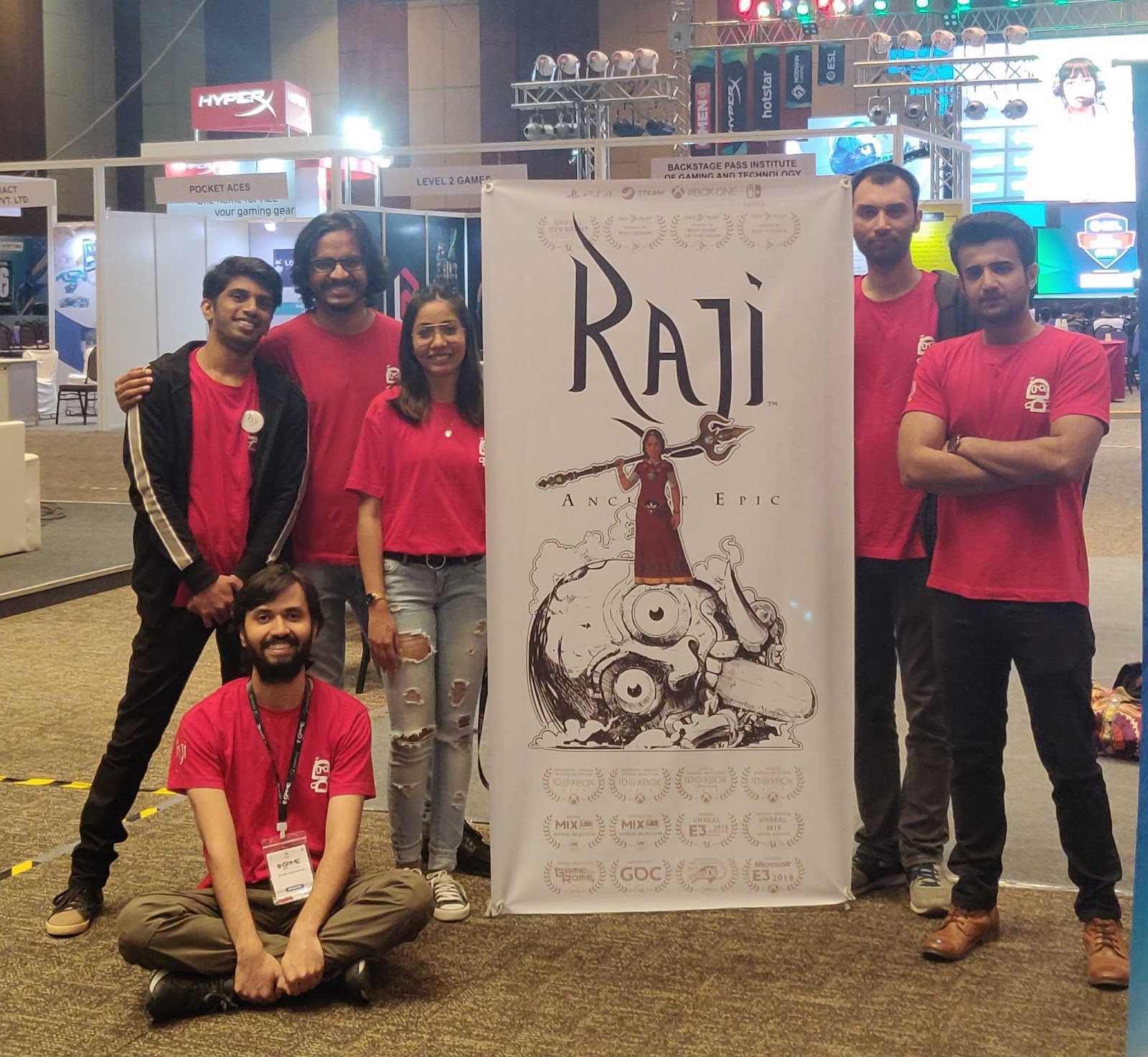 Suffice to say, from all of this, we have had a wealth of information that has helped us to identify issues and points of concern with our gameplay.

The points mentioned below were the pain points - something that we would hear from the majority of our players, from our own playtesters to people who tried the game at conventions.

Gameplay Movement was not smooth

One consistent feedback that we received after launching our Kickstarter demo was that the movement felt clunky, and overall somewhat stiff. This was quite interesting to hear as truth be told, we were not that satisfied with the movement, so it was good to hear our concerns be validated by the community.

When we asked what exactly felt ‘clunky’ we were told that the movement felt slow and not that responsive, which again was in line with what we thought. It was at this point that we asked ourselves, didn’t we give Raji a background where she is an acrobat? So shouldn’t she be much more agile in general?

In this video, you can see what we mean. Yes, Raji moves, but the movement does not feel smooth.

One of the very first solutions that we implemented was the triple dodge mechanic.

We actually felt that this was quite innovative as we couldn’t find examples of it being used elsewhere in the industry.

The triple dodge mechanic was a part of a new mindset that we called ‘Movement leads to combat’ and it required us to revisit pretty much all of Raji’s initial movement.

In this instance, the triple dodge mechanic led to different types of attacks, the feeling of gaining momentum in battle, and that Raji was evasive, agile and very intuitive. See for yourself how Raji feels a lot more agile!

To our delight, we got to test this at ID@Openhouse and The MIX 2019 in Seattle and our lead programmer reported that this was a hit among the players.

This is a criticism that most game developers (ourselves included) would dread to hear. After a few gameplay sessions, our testers simply told us that the combat felt boring. Raji had just one combo move which quickly became repetitive, and new gameplay skills/options were very limited.

Though it was initially hard for us to hear criticism like this, as you can see from the video, this was ultimately true, Raji had a very limited amount of attacks, and the tactics in a battle were almost non-existent. If we wanted our game to succeed, we would need to work on this.

Once again, in this instance, the triple dodge mechanic came into play. The feature instantly added a series of attacks that can be executed in different orders, thus providing a variety of attacks, all while you get to enjoy the agile movement of Raji. Our dodge attacks on the Trishul weapon include movements like dodge roll, cartwheel, front flip and a backflip, all of the leading to various attacks, which are different on different types of weapons.

Adding onto this were the wall-run attacks and pillar attacks, which are accessible in most combat situations, this helped to solve the problem of a lack of depth in the combat.

As a fun side note, this will only get better as the player discovers that different weapons have different attacks attached to triple dodges and wall runs.

For this point, what came up a lot as the lack of camera shake to really make the attacks feel powerful, and the general lack of camera FX whenever Raji hit an opponent.

As you can see in the video above, these two problems combine to make the combat feel somewhat weak - a criticism that we agreed with.

To help combat this, we researched other games that were already successfully launched and noted that there were several features in their combat feedback that we could add:

We had a lot of great examples of this, but the most influential footage came from Skyrim where hitstop, radial blur, and camera shake were used to greatly improve the overall feeling of the game.

To help you see how these changes helped the game, let’s take a look at some of the scenes:

For an extended look at how combat looks with the improvement, check this video out!
Yes, we were kicked off the pillar by the crafty Tezabusara demon!

And here is a side by side comparison of how the combat has evolved.

With a bit of tweaking, we were quickly satisfied with the results. Even better for us, when we put this new version to our testers, they agreed that the floaty feeling during combat had been successfully fixed. That said, we did agree to continue tweaking this as the game evolved!