Hi there, it's already March and it’s time to tell us about what we have achieved during this time, because the closed beta testing of SAI Warriors will start very soon.

First of all, I would like to say that we originally planned to launch the test on March 1, but something went wrong. 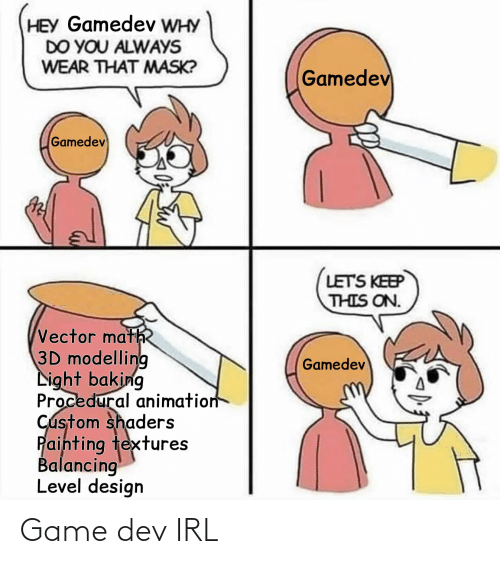 Such as working with the user interface took a very long time. Even the usual bolting of dammy object was not quite an easy task.

In the previous project, we did not encounter such fancy interfaces. In Darkanoid, the main problem for us was the balance of levels and modes. Here, in addition to the main gameplay - matching chips, the player is offered pumping ships and guns, switching between them and a lot of rewards for each level passed and not only. Logic, user-friendliness and minimalism are the key words that have come to the fore in the execution of the interface - from sketches and prototyping to full implementation and polishing. Most of the work has already been completed, but there is still something to think about and refine.

Let's start with the meta gameplay: destroy objects in space. 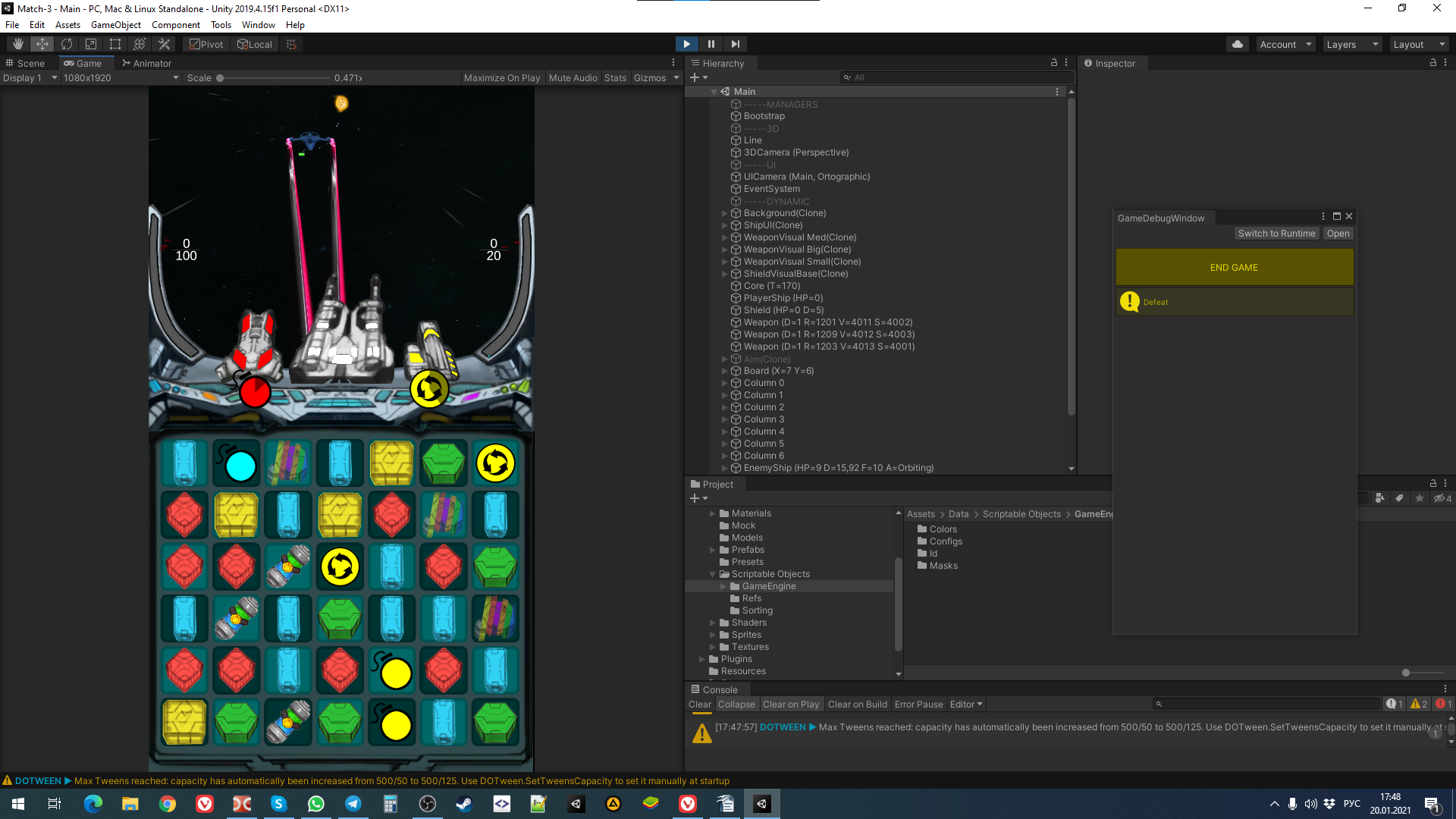 And before we go too far, I'll just remind you about the ships and guns needed for the meta game. The ship is essentially a character that is pumped by the player as they progress through the game and receive cards. Each ship has common parameters - shield and health, and a unique ability. And when pumping, these parameters are improved. We plan to add a lot of ships for a unique style of play – tank, dd and rdd (to make it clearer, we will appeal to the terms from the rpg)). In the meta game, we move through the expanses of space, where we are attacked by enemy ships that can cause damage to our ship, first the shield indicator drops, then the health value, respectively, the higher these parameters, the more you can hold out without recovery. Each ship can be equipped with guns – up to 5 pieces, slots for them open as you progress through the PvE levels. Guns are needed to shoot at objects - asteroids, crates, and enemy ships. One of the guns is the central one and it is impossible to replace it, we decided that it would be fair to the player to have a universal weapon that can hit all targets. Guns can and should also be pumped during the game to successfully complete the levels.

Whooah - main gameplay or the ninth circle of hell: 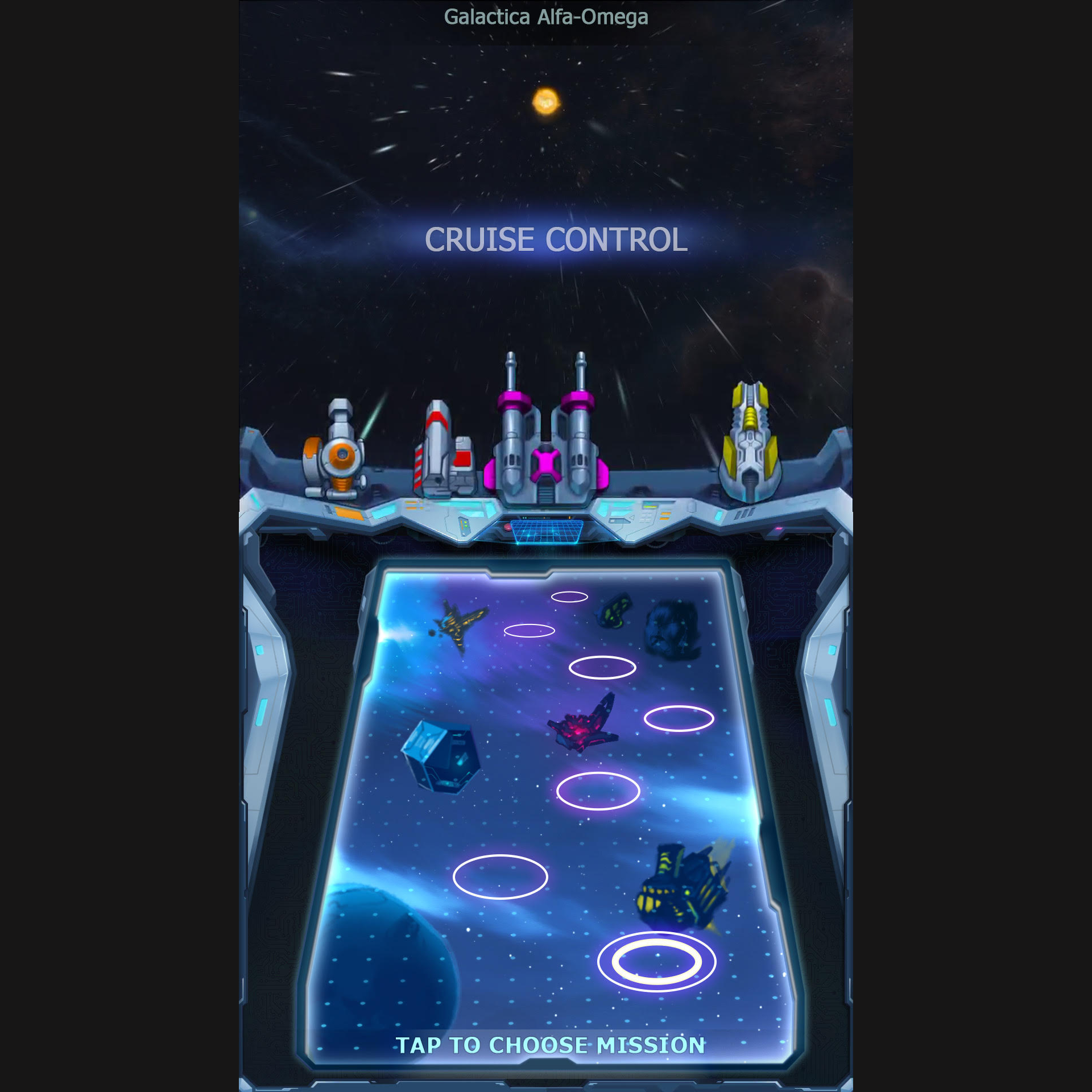 The main gameplay is matching chips of the same color and using additional special chips. This also became a small burden for our programmers. Special chips are tied to a certain color and when a certain amount of color is accumulated, they fall out on the field. Each type of gun has its own special feature and each gun accumulates a certain color. For example, a purple ion cannon accumulates purple chips, and its special chip destroys the chips vertically when matching. Plus, we added general special chips – shield and health, which match all colors and restore one or another parameter of the ship. Just like the peeling jars or bandages in some rpg game or shooter.
The percentage of these chips is determined by the level setting.

Levels – this is where the work will continue until the release, and may not end after it. The balance that must be maintained in the main gameplay affects the meta, too.

While we are not working on additional aspects of the game, such as guilds, PvP or events, but do not forget about them.
Very soon we will enter the beta test and we want to make sure that the core and meta gameplay work as intended.