Building relationships in visual novels is a big reason we play them in the first place... but Harmonic isn't your typical visual novel, and wooing your bandmates can lead to some interesting consequences. 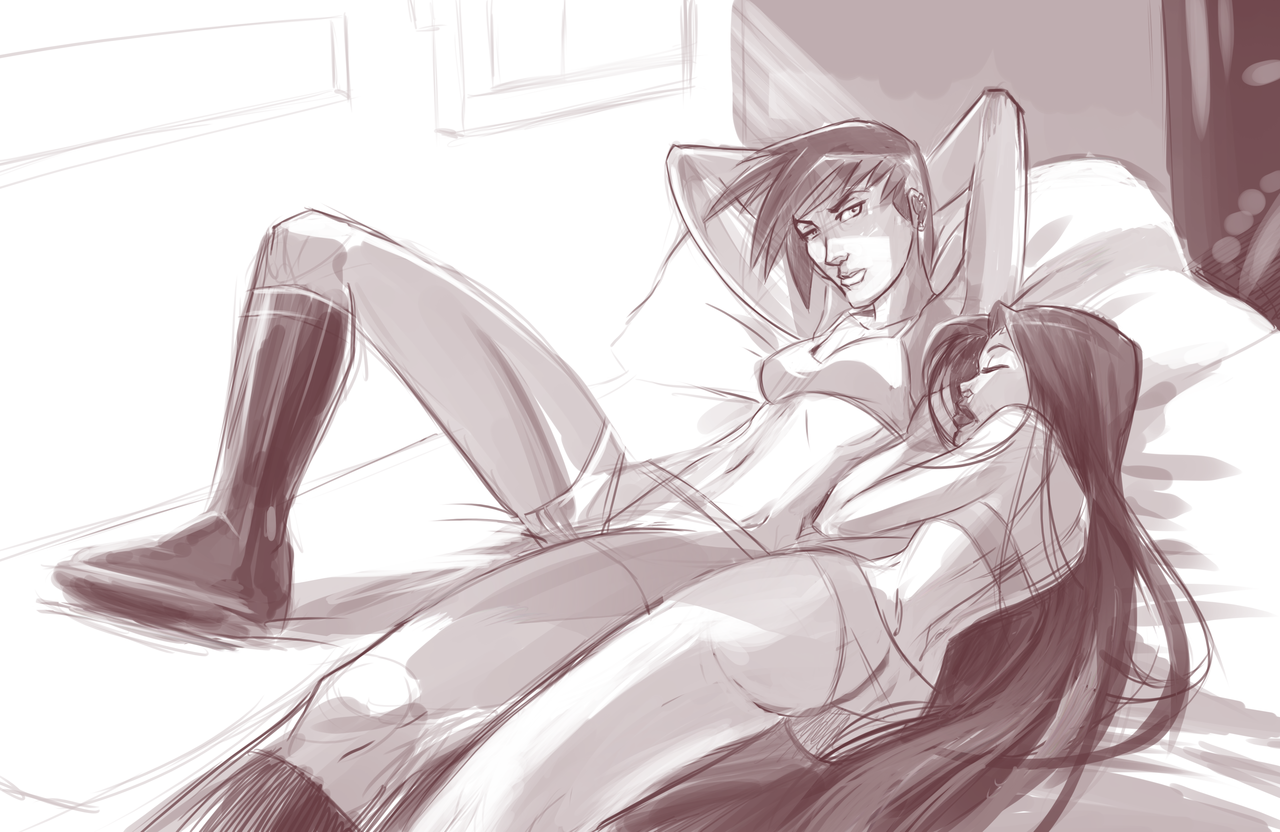 Look at the center of any good RPG and weaving between the combat, conflicts and greater elements of its plot, there's bound to be one love story.

"Caj and Nita have a complicated relationship" I wrote on my art blog when I posted the image above, later tagging it #NotReallyItsJustLove -- and I think they're both true statements of the pair. Much of the same could be said for the decision to include the ability to romance one of your bandmates in Harmonic Odyssey. It's a VN after all, and a little love is to be expected... but with so much freedom given to the player as it pertains to other, more RPG aspects of the game, it's bound to be a little more complicated than that. [Read more on our site!]