Continuing with our series about the creation of Groma — today’s post is about Visual Effects. The production of visual effects (also known as VFX) is a process that is equally complex and important. VFX are all those pretty effects and particles found almost everywhere in games. Skydome is not different, you can find visual effects playing a variety of roles and functions almost everywhere in the arena, as well as in its characters.

Whenever we start creating a set of VFX, it’s always important to aim for a visual identity. We need to consider the character concept and its skills, in search of something that fits it. Usually we raise questions such as: What’s the source of the power? What color palette would fit it? The answers are of great importance in the art direction of the effects.

In today’s example we will be focusing on the VFX of Groma’s crushing blow. As the name says, it’s a heavy physical attack where Groma uses her blunt weapon to hit the floor area right in front of her. It’s her strongest physical attack. Our next step is breaking everything in smaller effects.

The first VFX is the weapon’s trail in the air — it helps with the message of how quick
and powerful the attack will be.

The effects are made and tested in a neutral scene inside Unity. That scene helps us see even the faintest particle, afterwards we also test it in-game. One of the main concerns is getting all the timings of the VFX right. How long will it last? Does it need to be in sync with something? In the case of the effect above, it lasts until the weapon hits the floor and it needs to be in sync with the weapon animation.

The second and possibly the easiest to spot in-game is what happens at the end, right when her weapon hits the floor. The focus is on sending the feeling of a really, big and strong impact.

This effect will pop up when there’s someone standing between her club and the floor.

And lastly, in case there’s a poor enemy in the area she’s hitting, we need a feedback to confirm the strike. This one is supposed to show up on the right time and it can’t last long. Anyhow, it’s a must to make sure that all the effects are not tiring to the eyes, that they fit nicely with the skill and that they are visible within the context. Visual effects are not just eye candy, they need to be useful

The end result with the three effects applied to Groma’s crushing blow!

The effects help communicate in a quick and comprehensible way information that is relevant to the player. It’s the use of all these little effects, these little details that together with sound effects make the skills feel good to use. They are the ones responsible for the feeling, the weight, the impact behind the skill.

That’s all folks! We hope that you enjoyed our quick look into the VFX world! 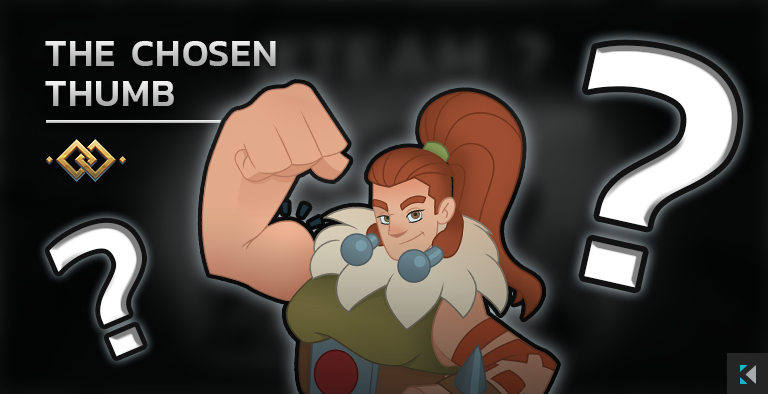 As you already know, during these past weeks we asked you to tell us which thumb to use going forward. Today we will show you which one was chosen by everyone! 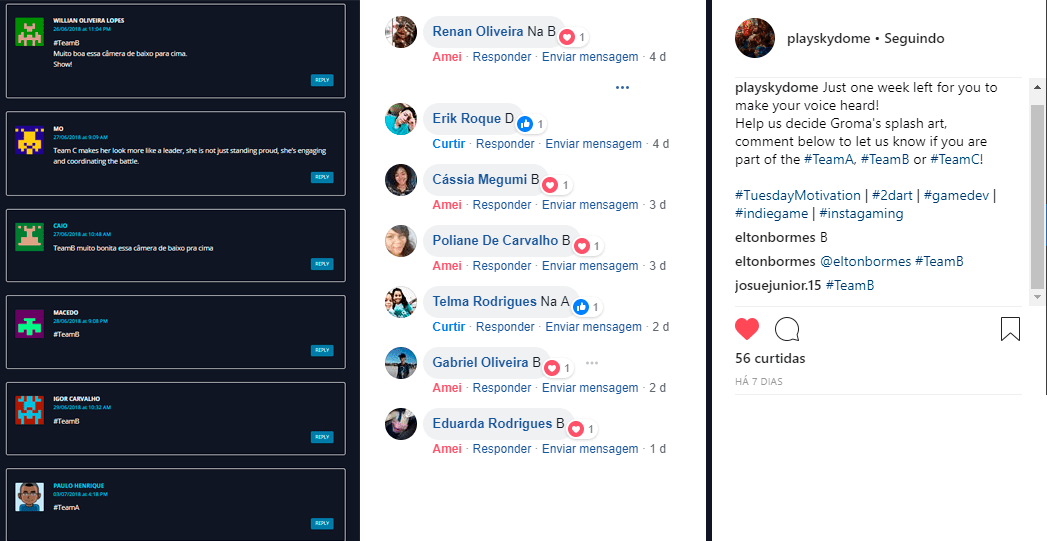 We asked and you answered, and we got a surprising large number of answers. We are thankful to all who took part in it — it was amazing! The ‘election’ was also really distributed and happened in a number of places and in a number of ways — from comments at this very blog, to all Skydome social channels and even directly through e-mails!

You were heard through the many messages, posts, tweets, stories and polls asking in both a general way, as well as, specifically about each thumb.

Like we said before, the winner would be the one who made the most noise! Considering the number of social channels and interactions it all happened, we chose to give different weight to each kind of answer — rewarding the ones who were most active and elaborate. Simply put, a comment has more value than just a like, and so on. So, without further ado.. 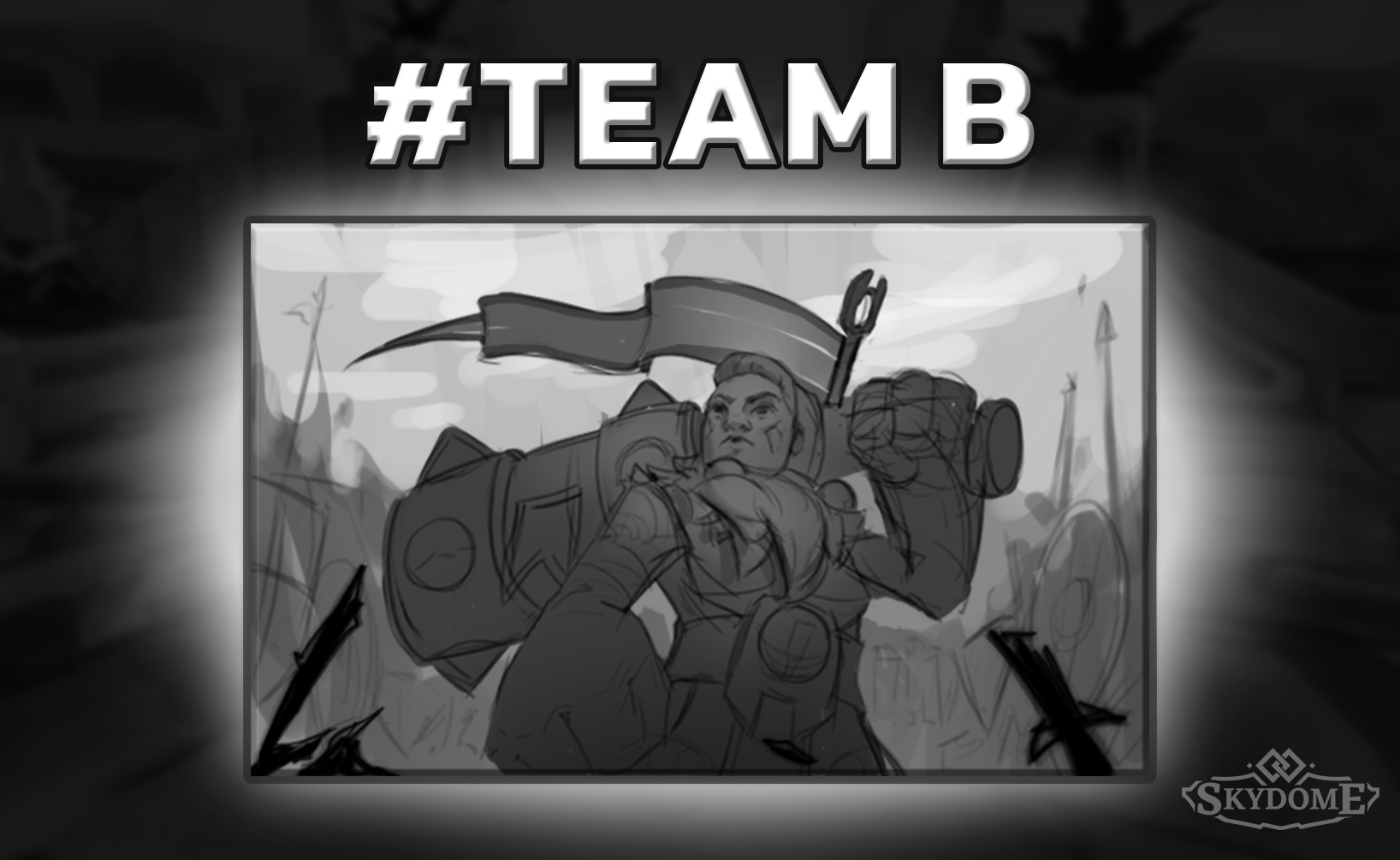 Thumb B will work as the base structure for Groma’s future splash art. Congratulations #TeamB!

Now we will work to give more definition to everything! It’s not the time for coloring yet, here we will develop the lines further and even add some new elements!

We hope that you enjoyed this competition as much as we did! We had a lot of fun interacting and reading all the reasoning and reactions on all the thumbs.