DISCLAIMER: All of the content below is heavily conceptual and may never be in the game. All Images and Text are stand-in. Please read this before taking the images out of context!

That title is a bit misleading, isn’t it? It’s not a whole new world, really. All the old maps are still there, albeit in a new format, even though things will feel like new.In the previous dev blog, I showed off a couple of the new maps we’ve been working on—Marban Hollow and The Drowned Vale—as well as the redesigned Deadlands. On last week’s dev stream, we showed off the new hex grid, detailed how border travel would work and that all maps are now the same size while smaller on the whole with fewer towns.Let’s talk a little more about that world. Without further adieu, here’s our final design for the new world, (the final map as it appears in-game will be shown off at a later date) 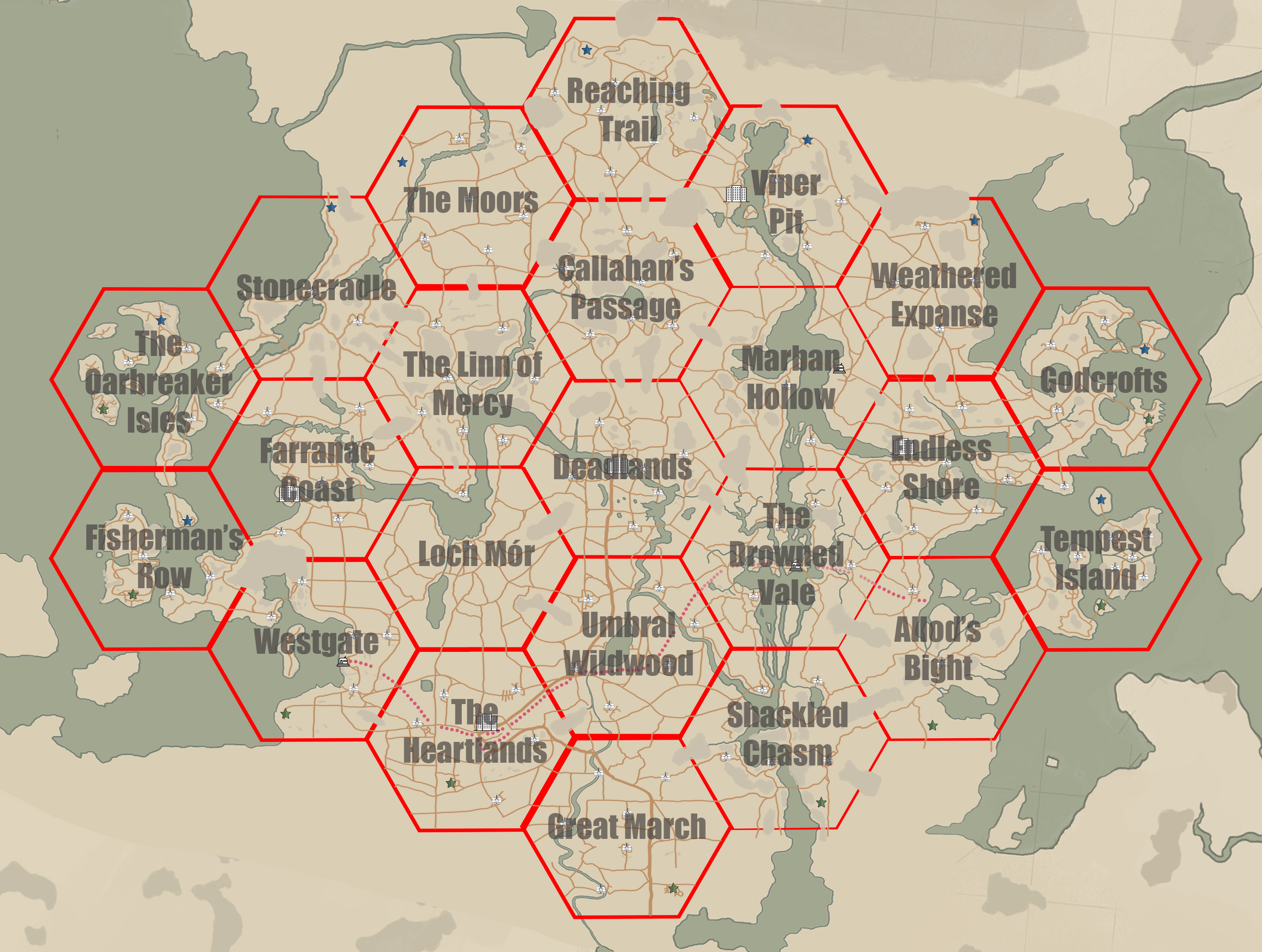 Our final design for the new Hex World

Earlier in the year, on the day I’d returned after a week off recovering from a brutal bout of the flu, Mark pulled me into a meeting room and asked me the question, “what do you think we can do to make wars more dynamic.” I’m paraphrasing, of course, but it was a tough one. I don’t think either of us really had an answer at the time. Our first idea was to maintain as much of the world as we could, preserving as much work as we’d already done (we had, after all, just finished the town revamp.) Bringing in a 6-way hex border was the first idea we started toying with. It was pretty simple, last year and early this year, we incorporated a few multifaceted borders into our island maps and as we included Great March and Reaching Trail into the square grid. 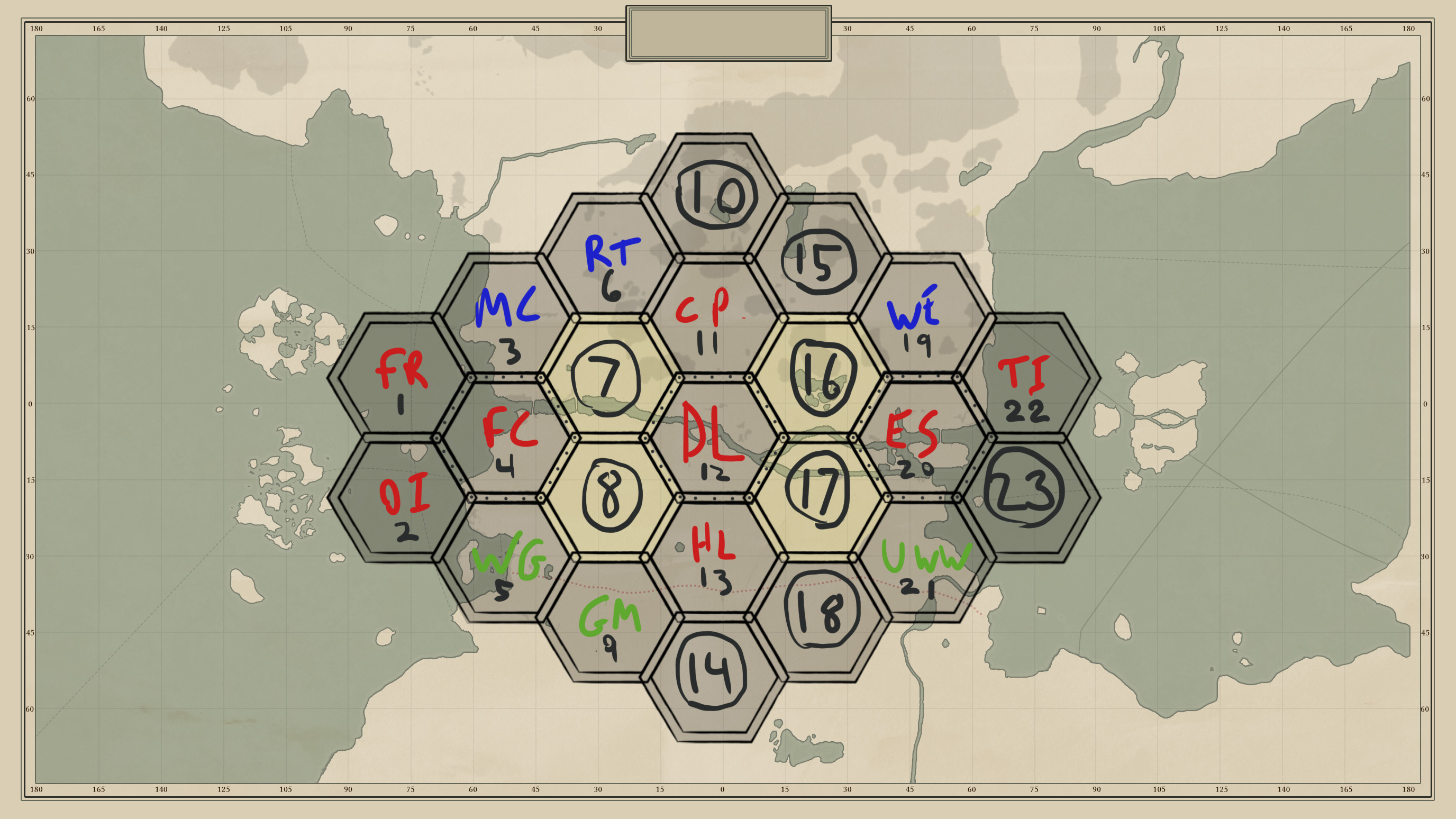 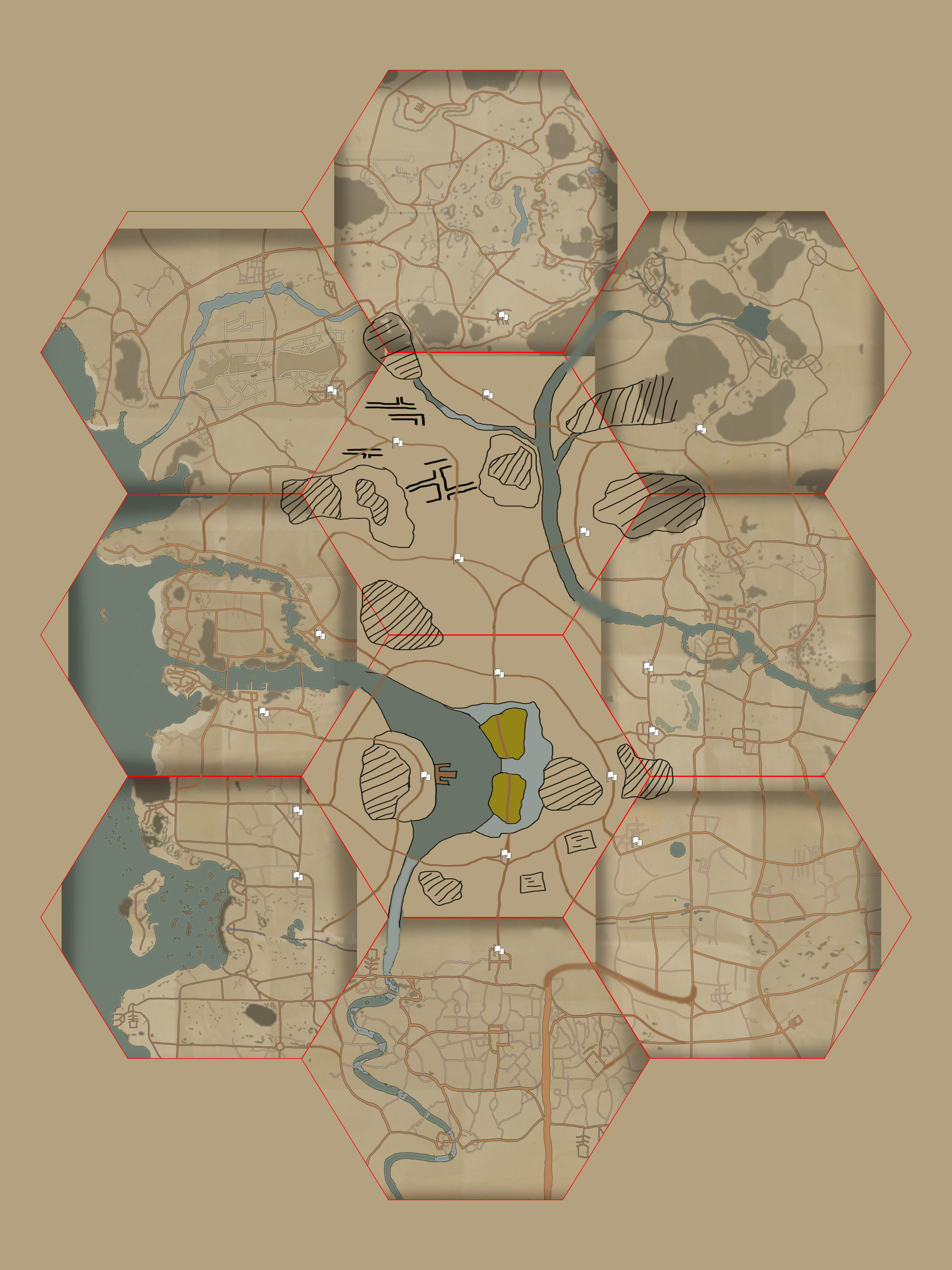 The maps above were very high-concept and used to start generating interest in the idea that we could assemble the world in hexes. In the end, this was exactly how we’d construct the map, it’s just the implementation that diverged. At this stage, we weren’t interested in changing much to do with the old world, and the plan was to slowly implement new maps in pairs while converting the legacy maps without dramatic re-designs. In other words, the maps would all continue to be different sizes.As we started examining the process, both Mark and I were very unhappy with this. I had Max (KrazyFlyinChicken) start working on how the Hex maps could affect the flow of a war over time. These early explorations were vital as they gave us more of a sense of what we actually wanted to accomplish.We decided to forget maintaining our old maps as they were. At least not as a priority. If we were to make the hexes uniform, then so many bugs and issues would become obsolete because we could remove the element of human error w/regards to border travel, map boundaries, etc. What you don’t see behind the scenes is how much work went into maintaining those systems and fixing bugs. It took away from building actual content. 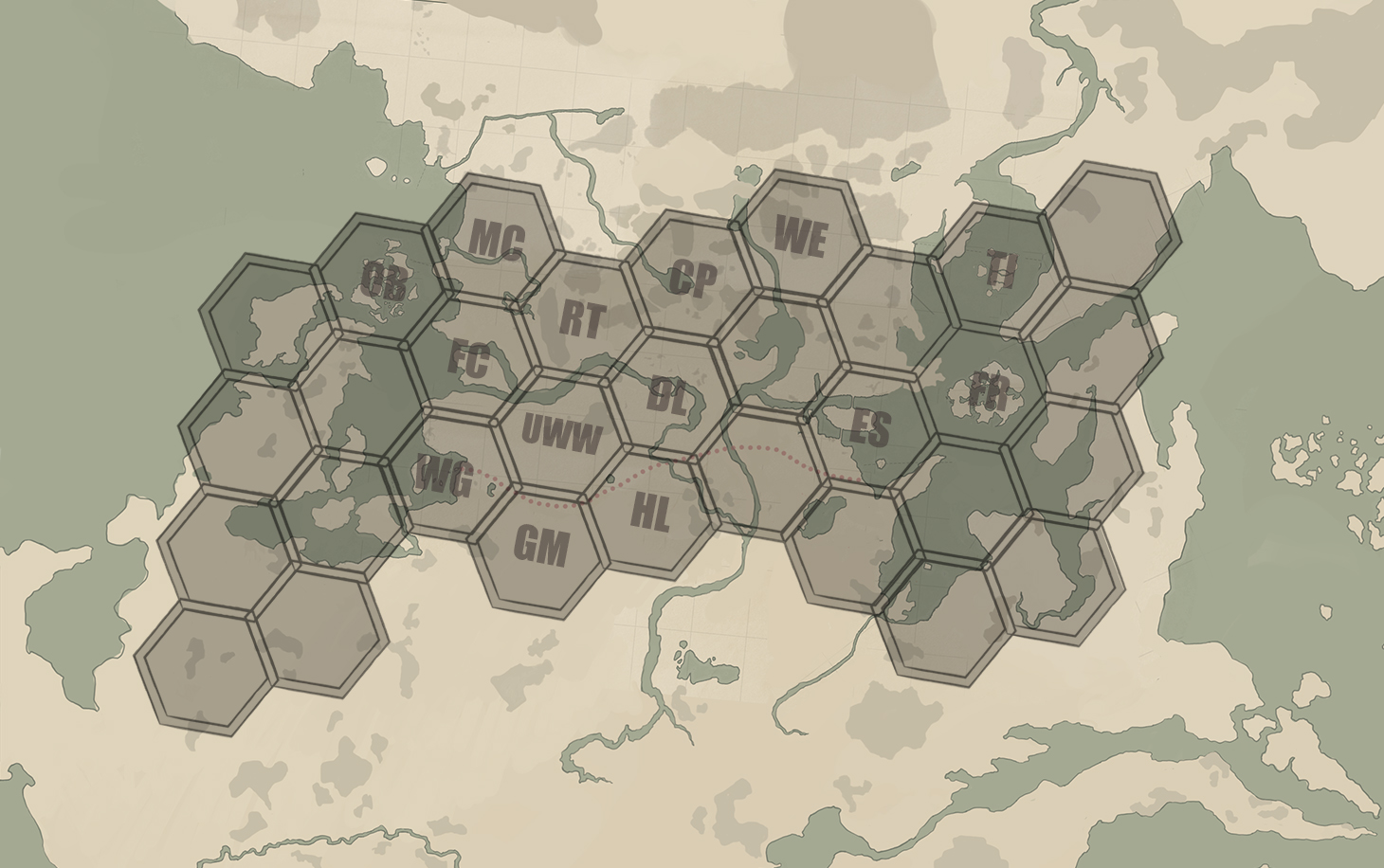 Once we settled on seamless borders and uniform sizes, I made another pass on the map and threw out basically everything we had. This wasn’t exactly a mandate, but if we were going to build a world based on hexes, it needed to be designed that way. With this pass, it was vital for me to play with ideas that hadn't been conceived. So those icons you see represent a lot of brainstorming on my part. Nothing was concrete at his point, but Max and I were dreaming up all sorts of ways to make wars more dynamic and increase potential fronts. A final note on this design, I was very bored by the vertical/square/even orientation we’d had for so long. I wanted to see how weird it could get while still being symmetrically balanced. After a few more iterations on this, and Max doing more planning, we settled on the Hex layout you now see. I started doing prototypes on seamless borders and handed the map off to Max to work out all the fine details for how the pieces would fit together. Up until this point, everything was only intended as hypothetical. We needed to turn that into something workable. We went back and forth for quite a few weeks until finally landing on this design. 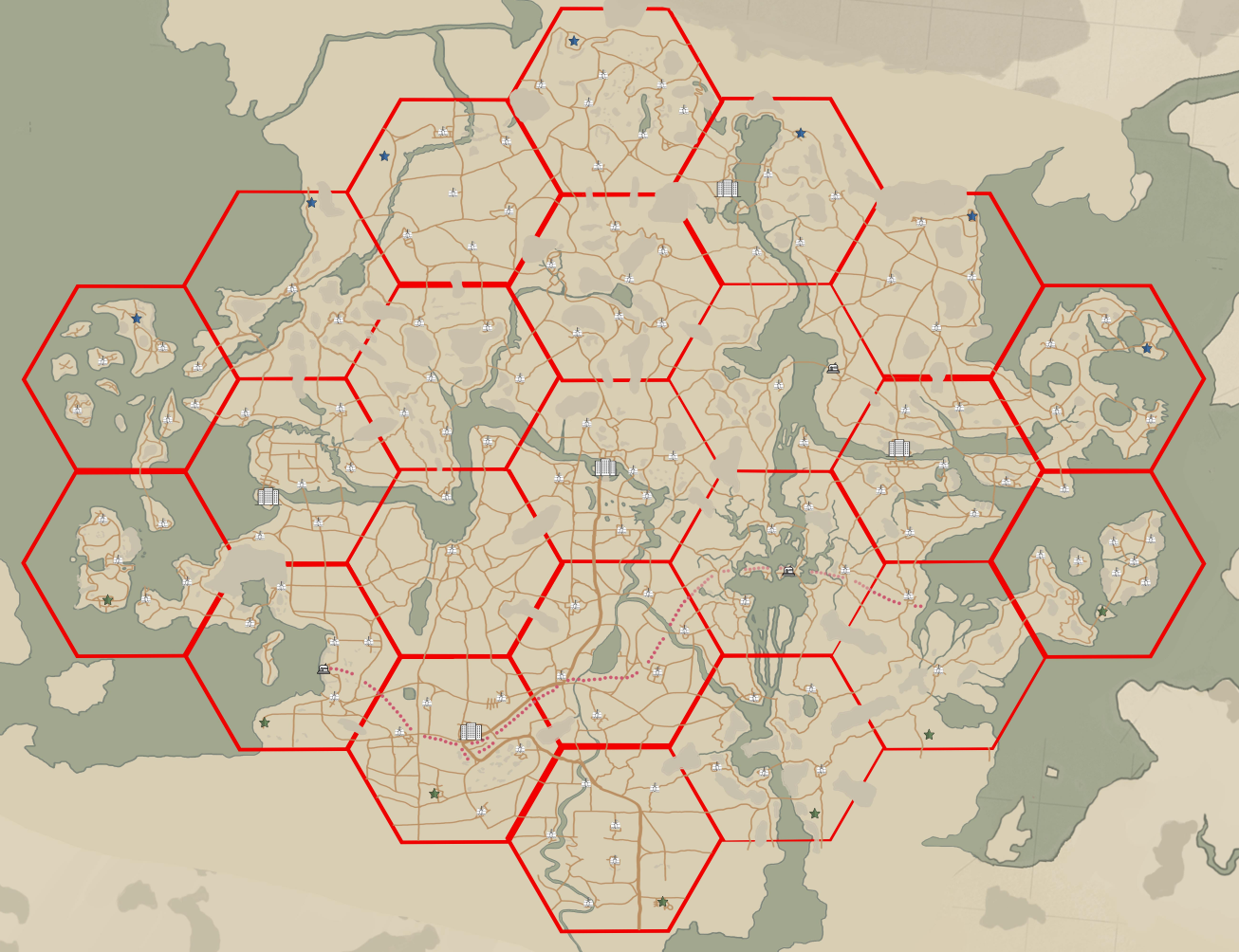 Personally, I’m delighted with this new iteration of the map and thrilled with the details Max has incorporated, the use of key features that have been built up over the last couple of years, new regions and a more natural flow. As we move into building this world, our map design team has grown to count of four. It feels like only yesterday I was doing all this on my own. I'm grateful to have a team now as we work together to build something special.

So in recap: there are now twenty-three total maps, with eight entirely new with Fisherman’s Row split in two. Suffice it to say, I’m very excited for you all to get the chance to explore.

HeartlandsOne of the most significant changes to an older map comes in the form of Heartlands. While the bulk of the landscape of Heartlands isn’t changing, a major part of the map has been gutted to make room for a new major town. A Foxhole classic, “The Blemish,” now lives up to its name like never before. 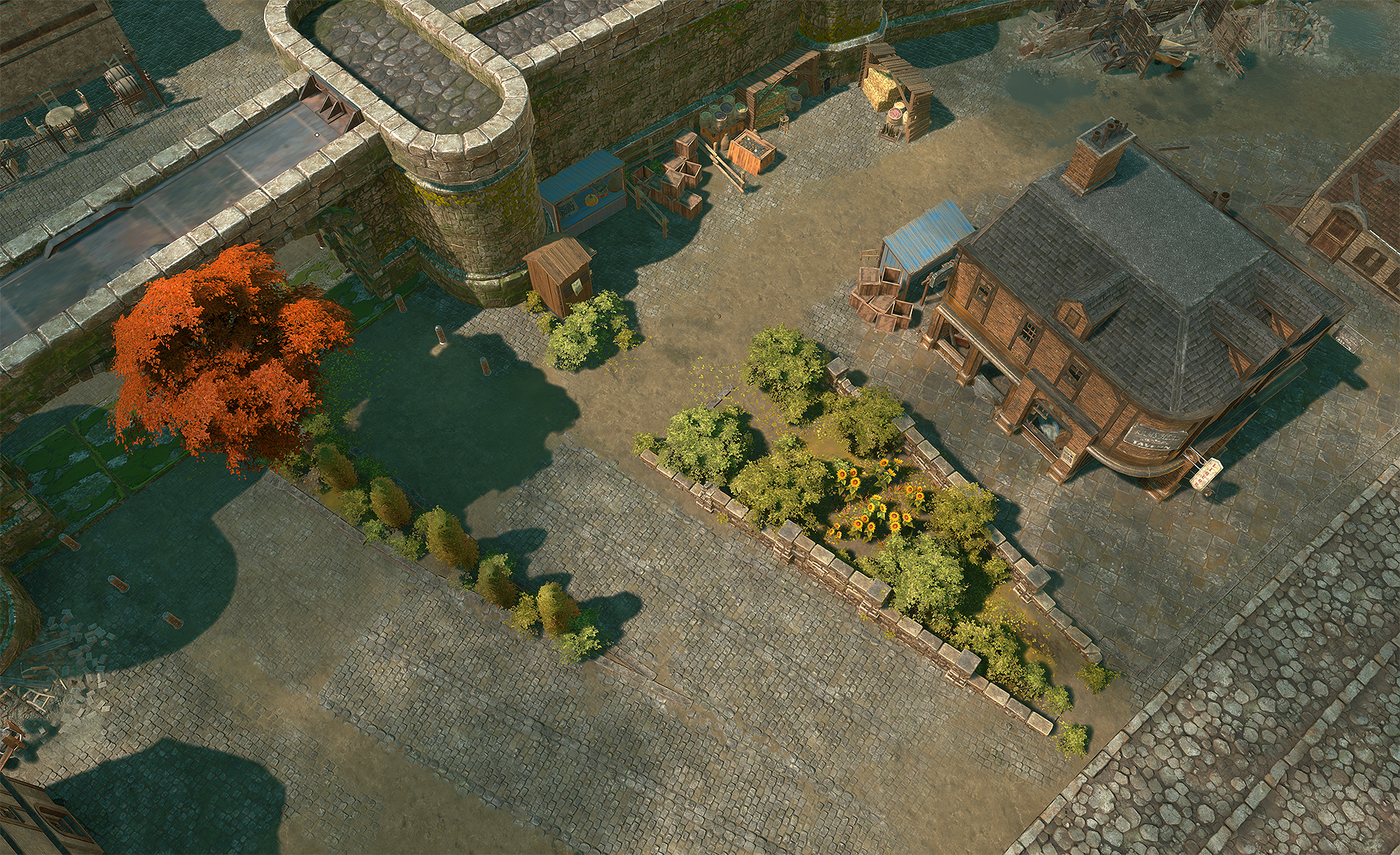 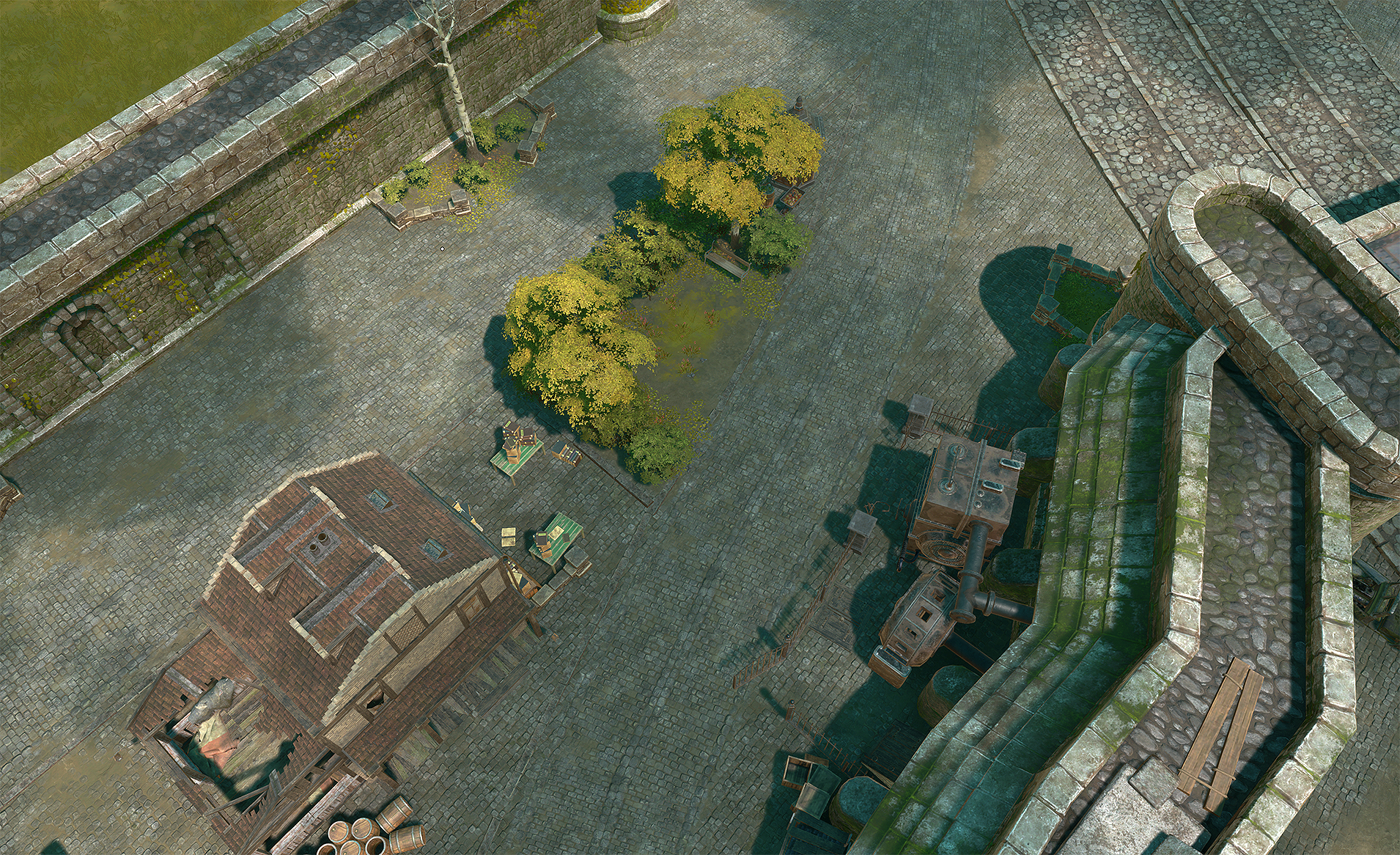 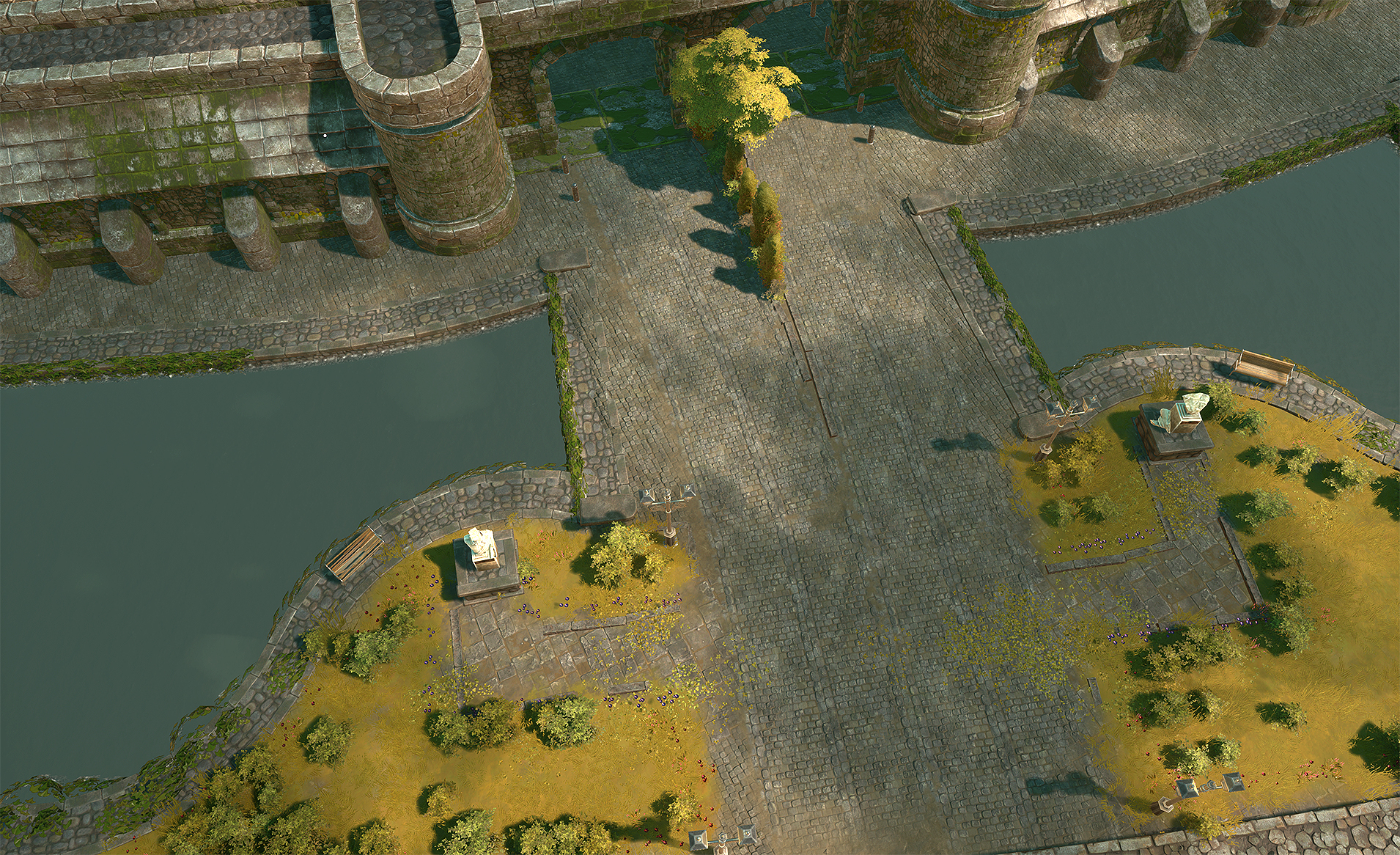 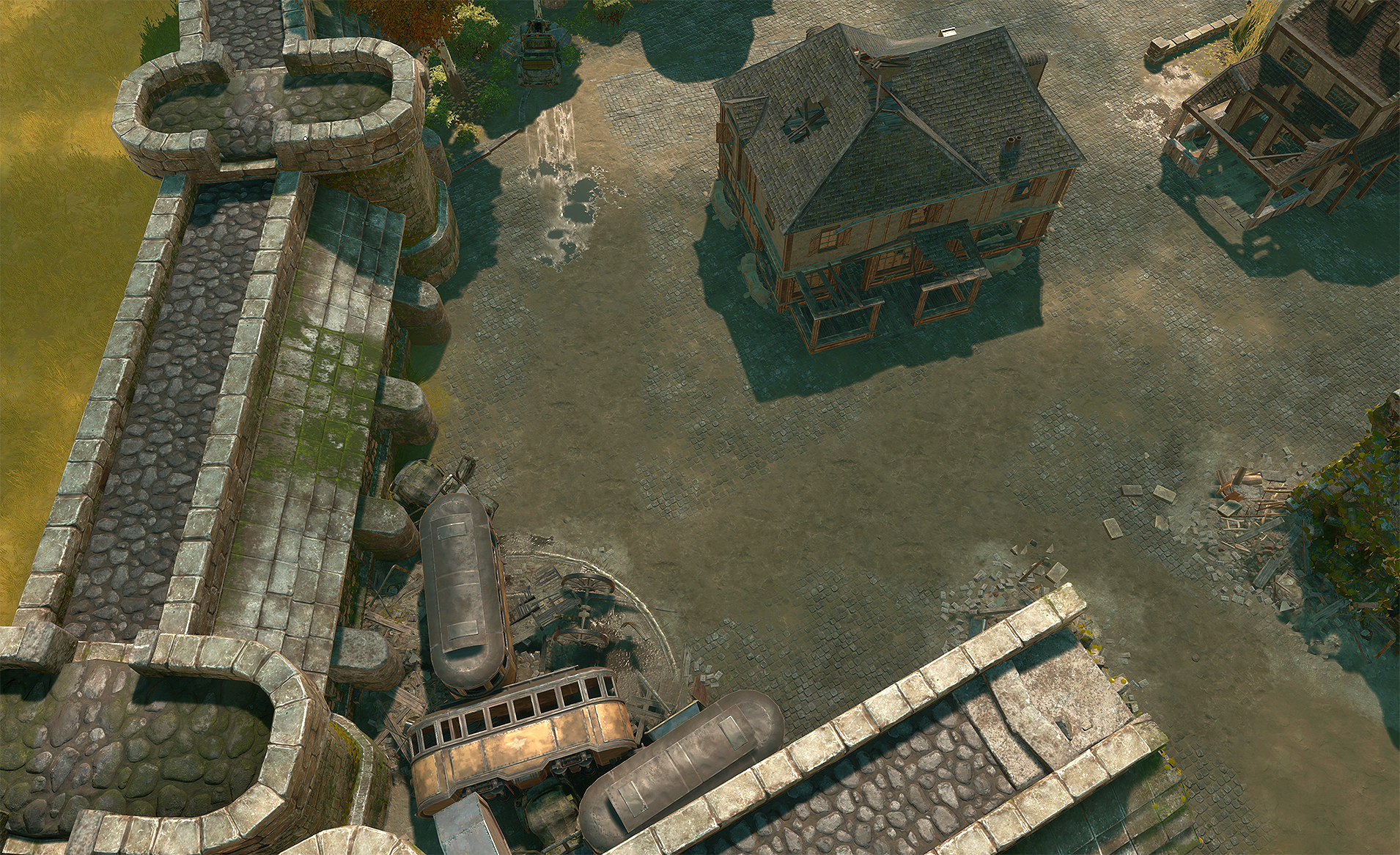 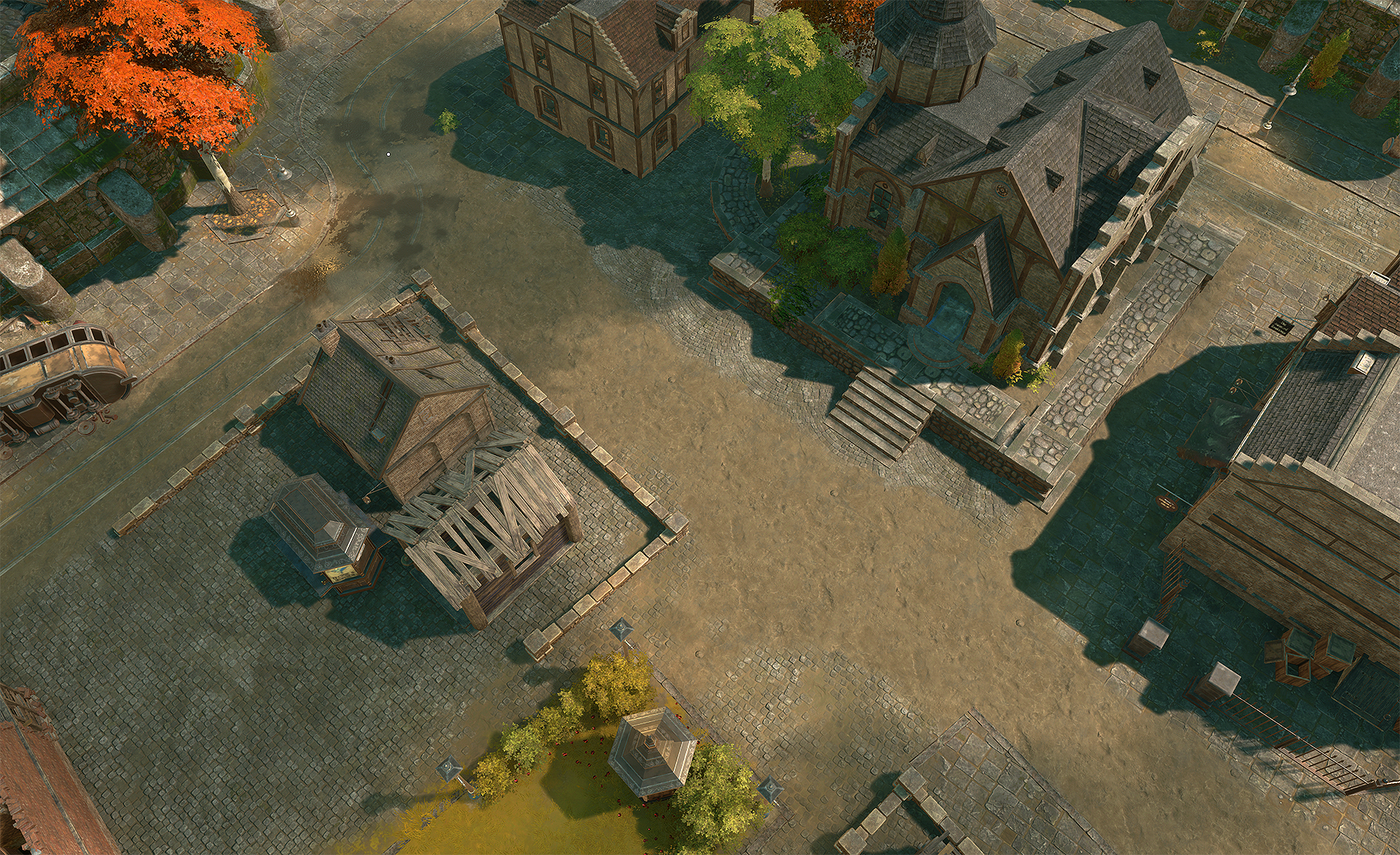 This town, nestled into the heart of the Bulwark was the site of the Breaching and has since been a home to Veli Colonials. This walled town should offer a fresh, dynamic approach to urban combat. Viper Pit

There’s one more to announce that’s located in a brand new map called Viper Pit. At the crest of northern Caoiva lies Fort Viper, a storied fortress harbouring grisly secrets. Perched above the frigid Nimh Lake, the castle has drawn a long shadow over the city of Kirknell for centuries, shielding it from the ravages of war. 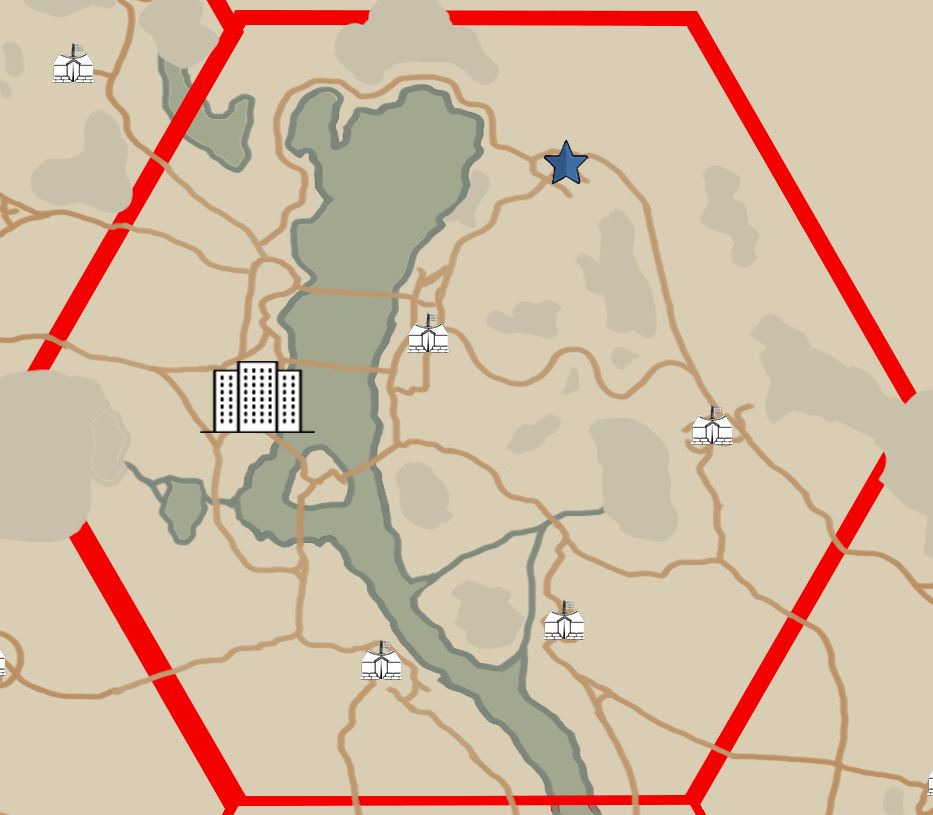 Viper Pit features a mix of different styles of gameplay: urban, bridge combat, mountainous terrain, elevation. Fort Viper is surrounded by ruined fortress walls that can be climbed and used in defence of the city, or as a checkpoint during an assault. 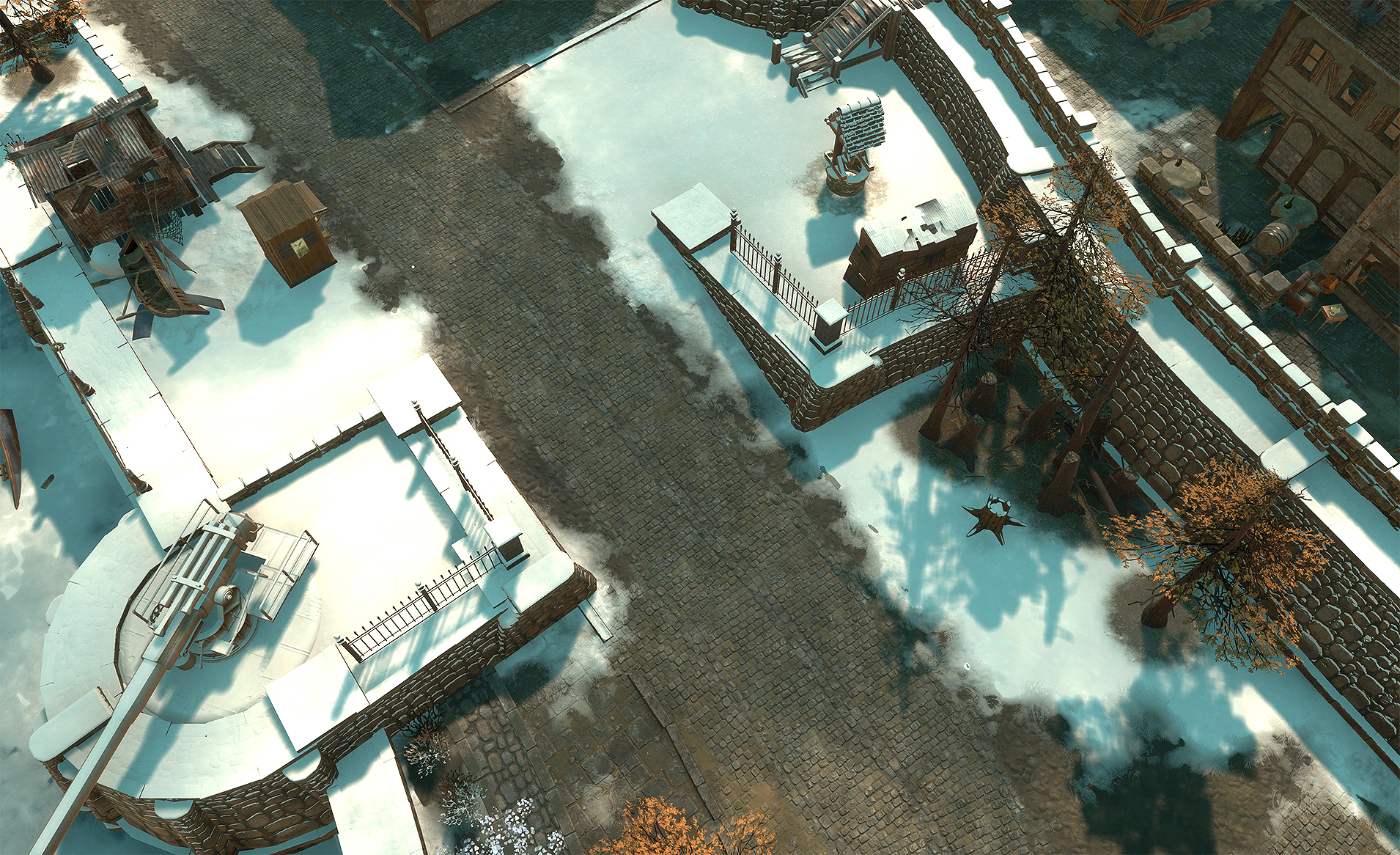 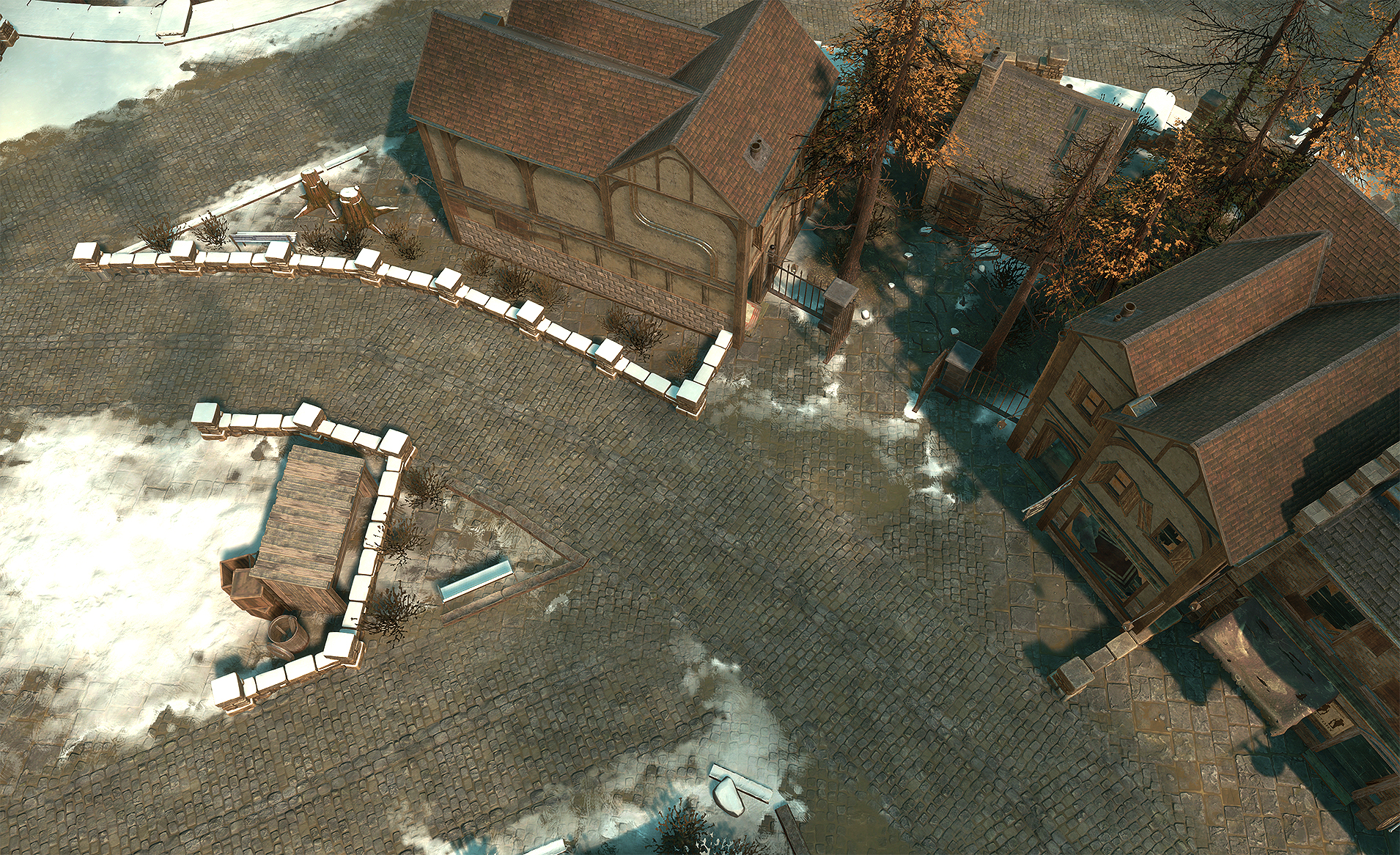 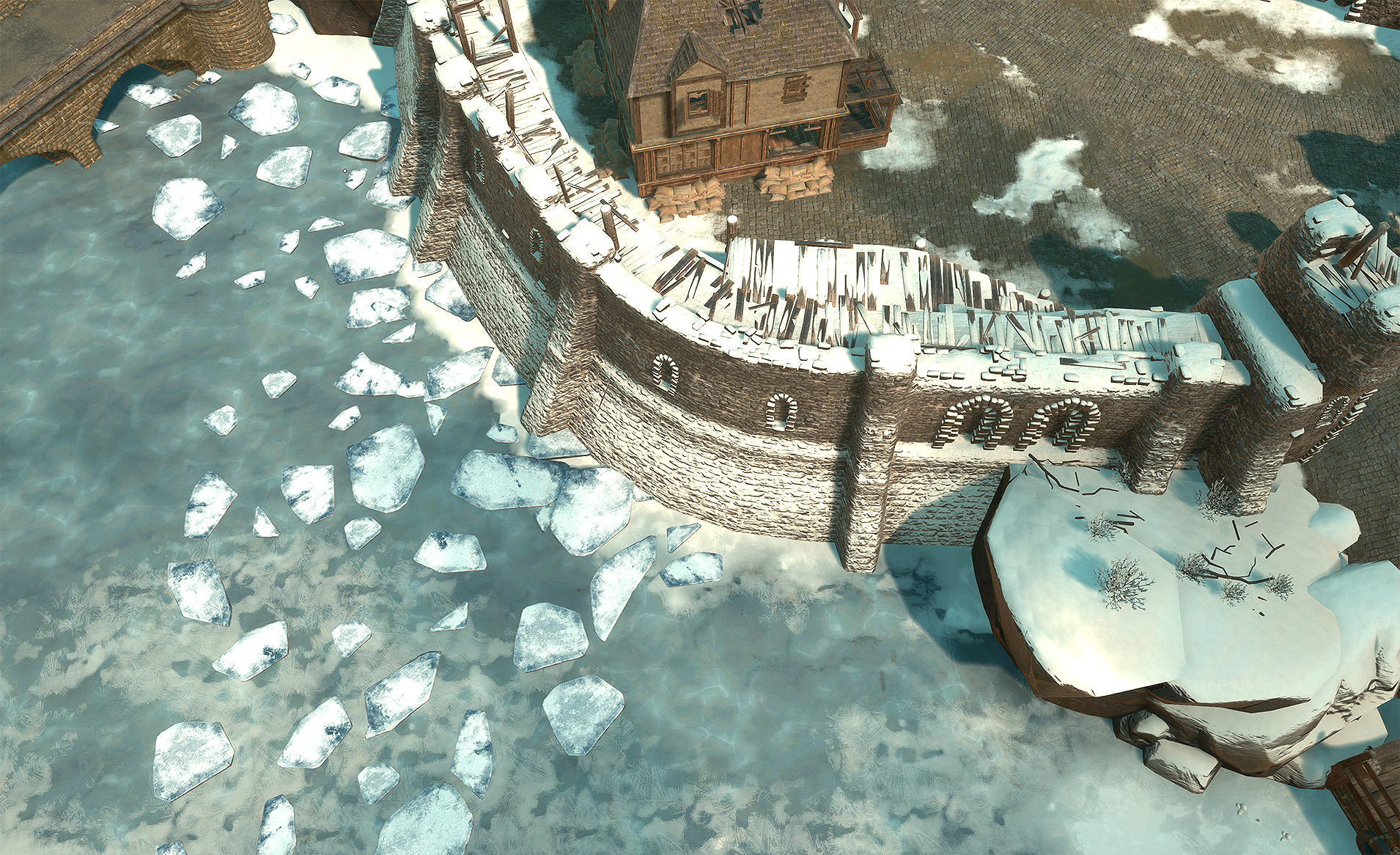 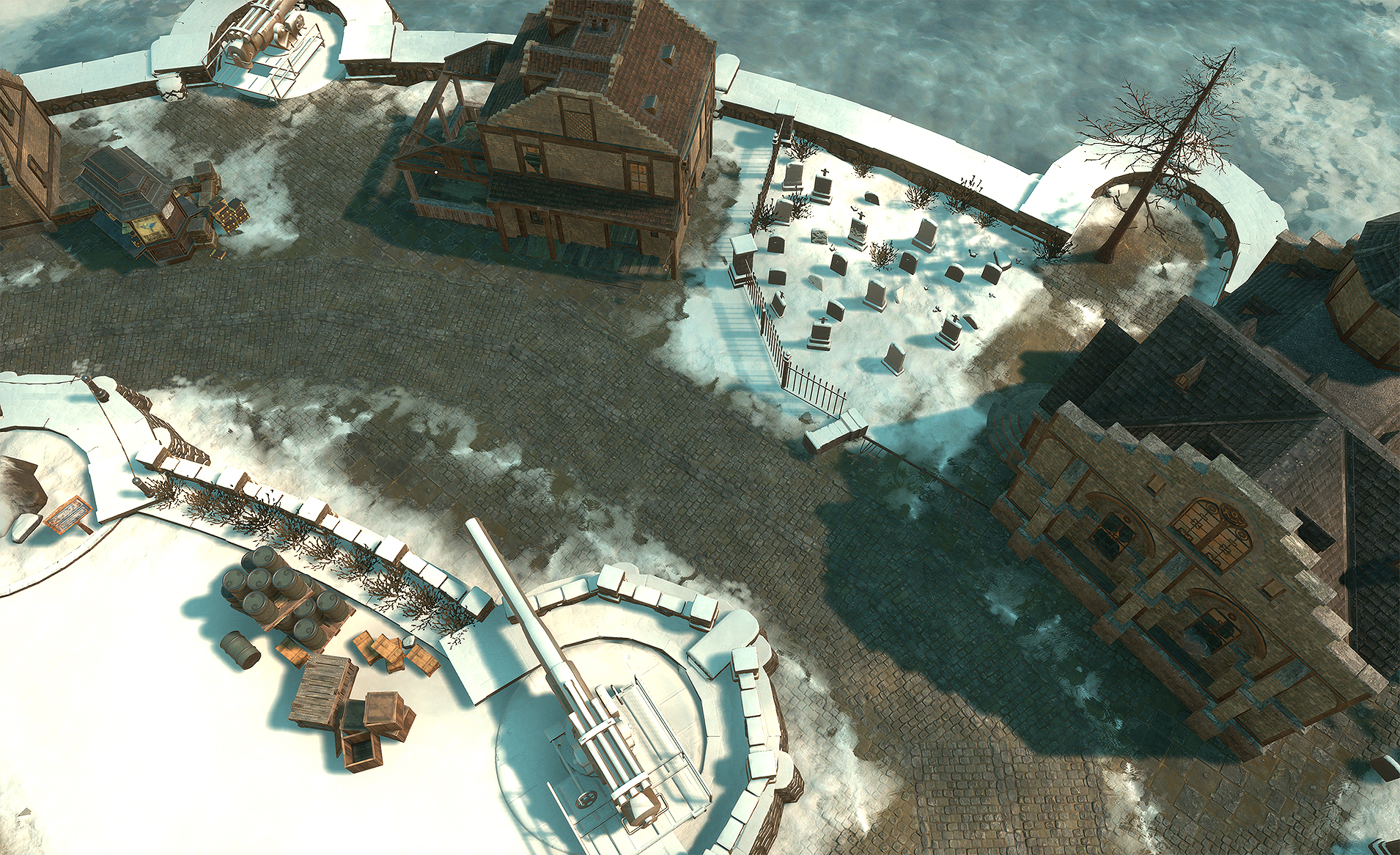 Loch MórA part of the Heartlands, Loch Mor is one of the new maps in Foxhole with very few towns. Ancient, crumbling tombs mingle with plantations and homesteads on the shore of the historic Loch Mór. More than most, this territory was decimated by war. Fields ripped and torn by the pounding of boots and digging of trenches. Time has a way of healing old wounds, but scars never let the trauma be forgotten. 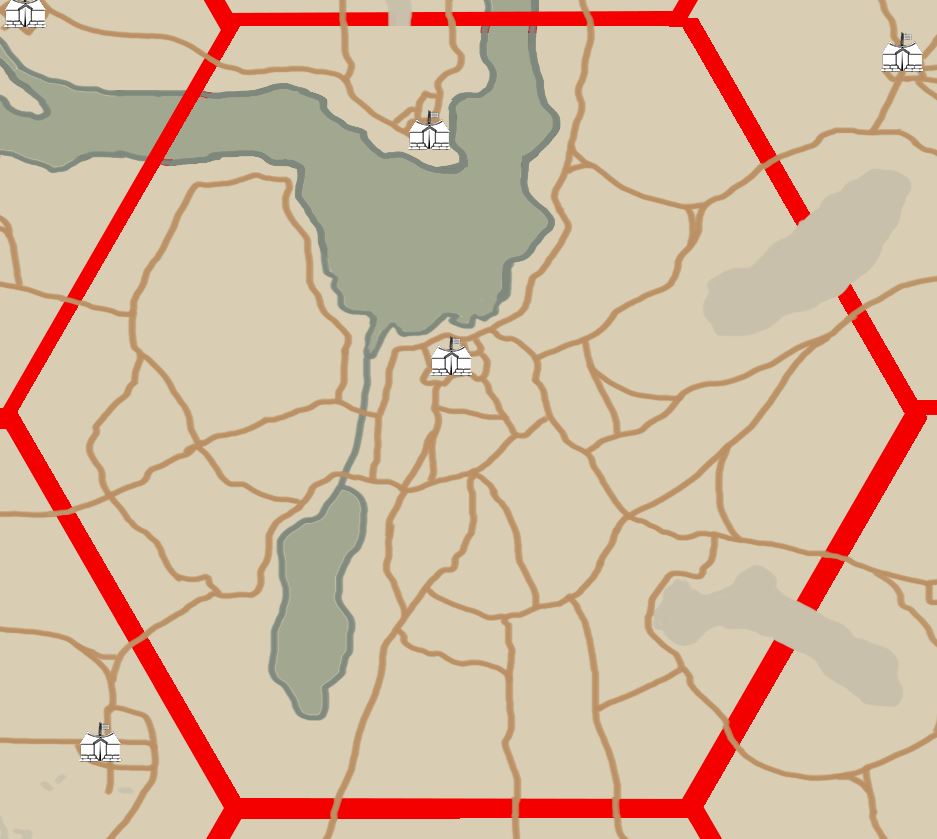 Initial design for Loch MórConsidered a transitory region, Loch Mór should allow for staging, access control, checkpointing, or assault camps. There's plenty of room to build and move and plan. 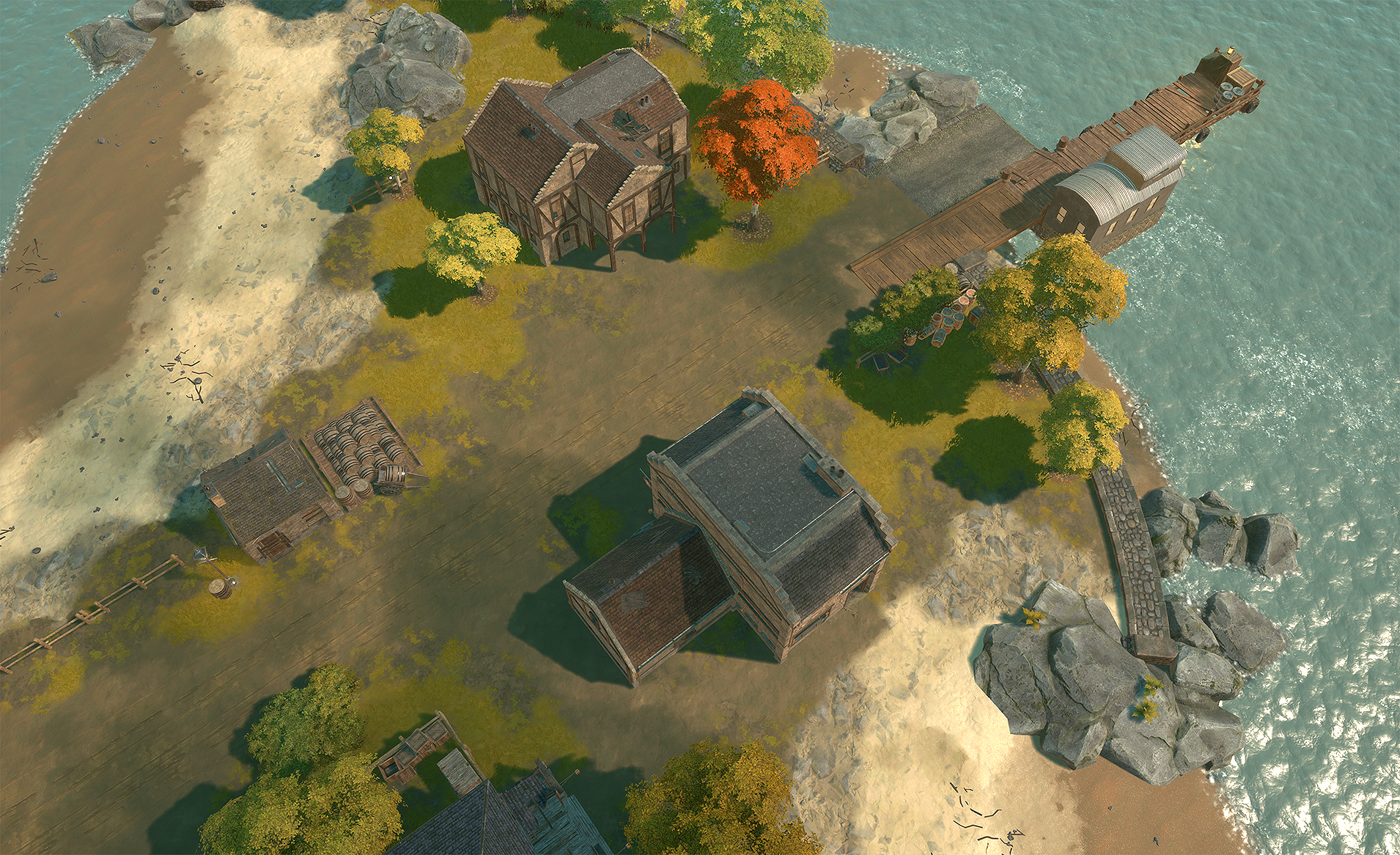 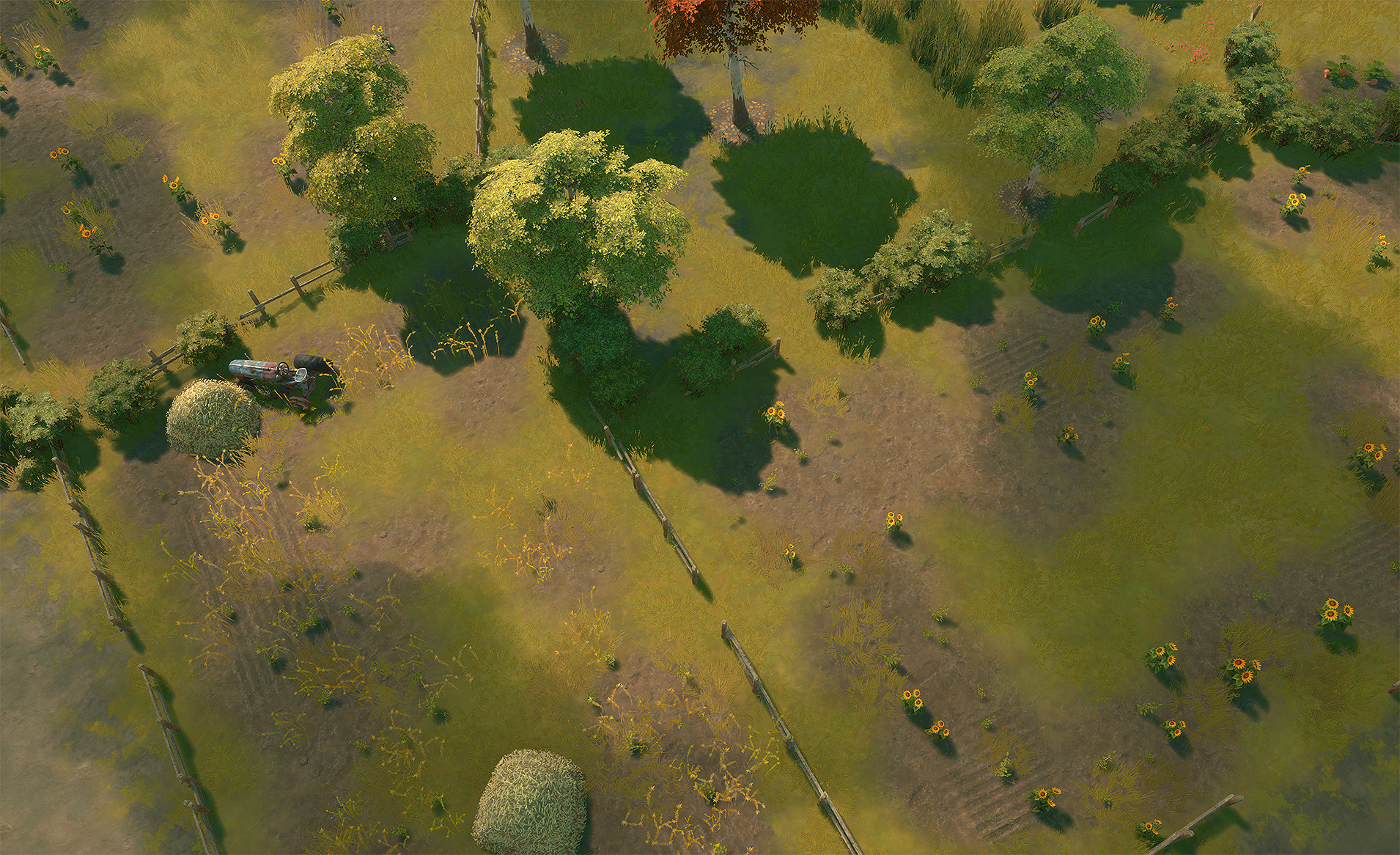 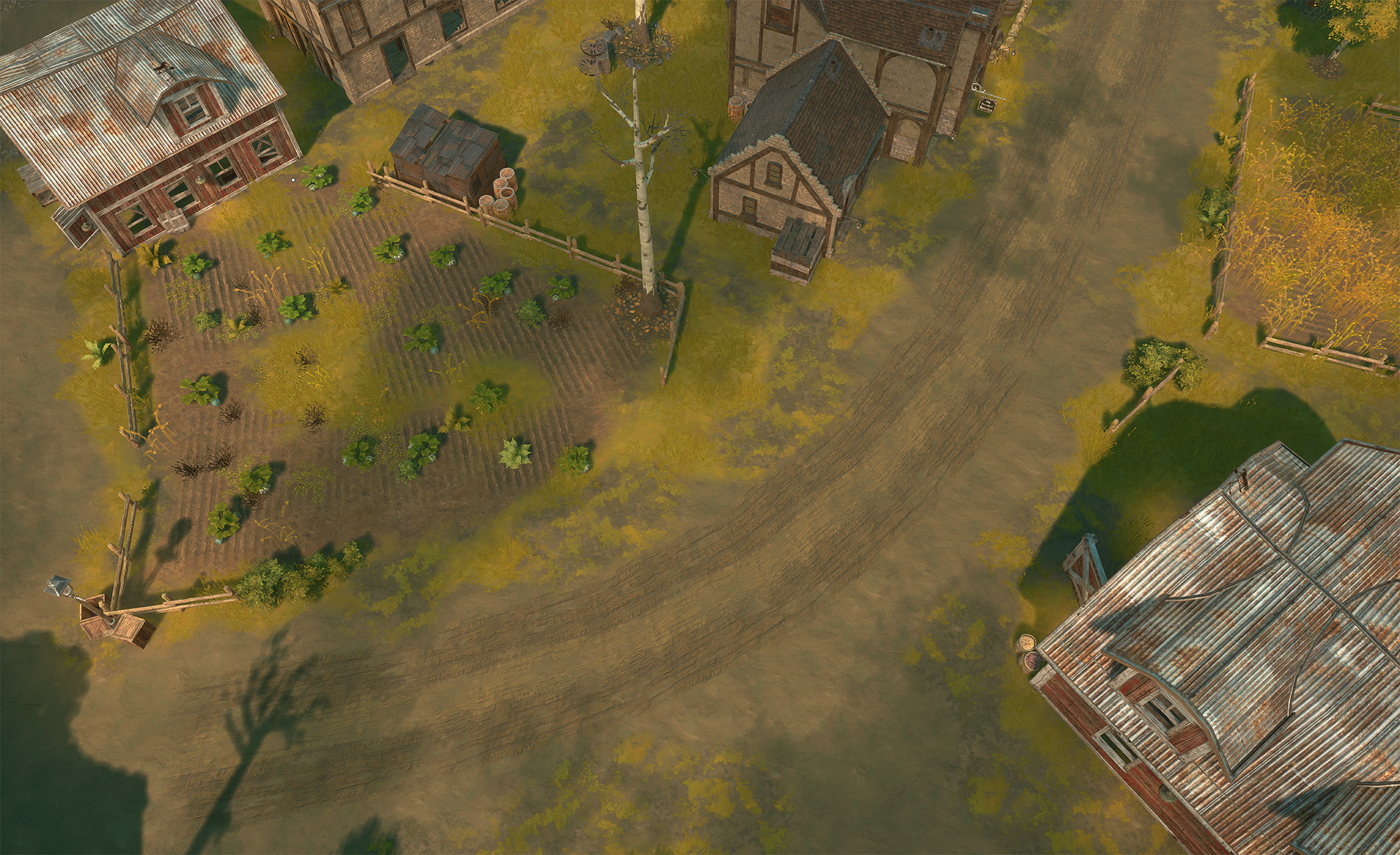 That concludes our in-depth look at the ever-expanding world of Foxhole. Stay tuned for even more update 26 info in our dev stream next week! Until then, stay foxy,- Matt ------ 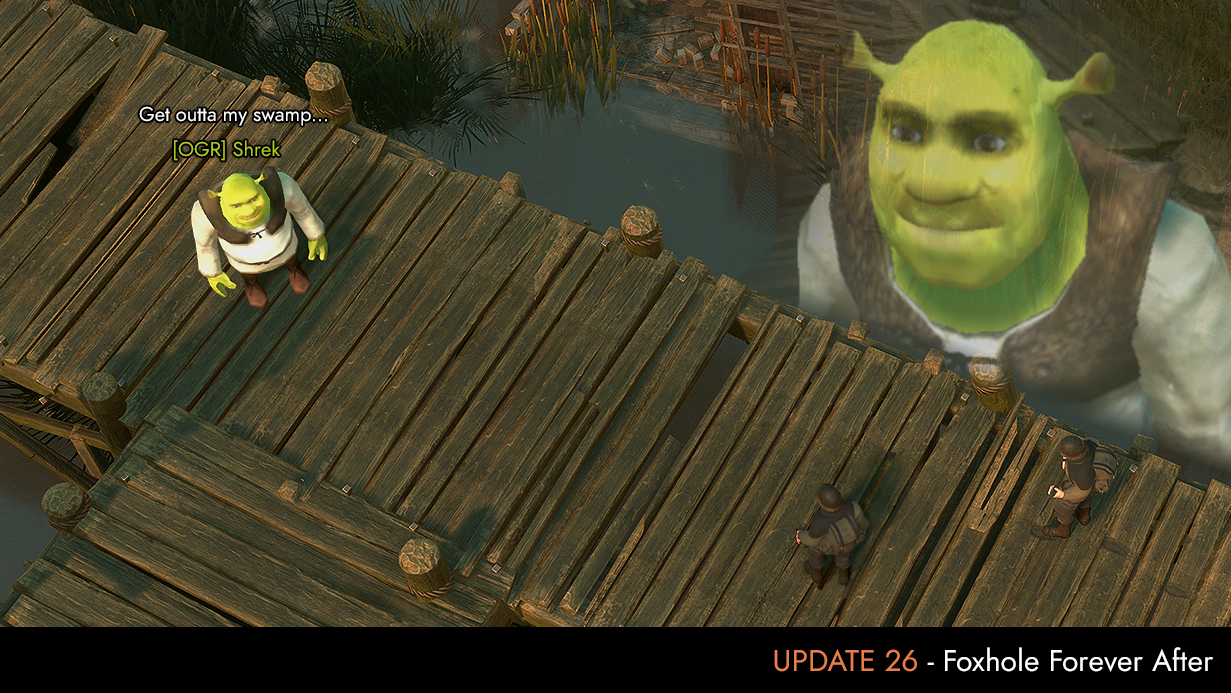