Disclaimer: All of the content below is heavily work in progress and is subject to change.

@AdamMaking games is not all glamour. There are a lot of mundane things that need to be done. Here is a small example of the humdrum of running a company.As you may know, sitting all day, every day is bad for your back. Unfortunately, every member of the office has begun to show signs of Bonus eruptus. In order to combat this terrible affliction, we have begun to make some changes to how we work. We are altering our desks into convertible standing desks. Having the ability to change work positions throughout the day, in theory, will help to alleviate some of the tightness and pain we are all experiencing. The development of Foxhole will not be slowing down, and Marks infamous words are ringing true “We are in a marathon, not a sprint”. Our long term health is something we really need to start taking more seriously, as all of these health issues compound.

We searched for a while an found some motorized table legs that we can re-purpose our existing tabletops with. Additionally, This has created a fun task for me to accomplish, I now have to find a home for our old table legs.

Over the Christmas break, We brought our office coffee machine into a repair shop. We thought it needed to be thrown out, but thankfully it just needed a new part. We recently had it returned to us and it's excellent to have good coffee back in our hands again. I also have been testing several brands of coffee over the past year and found one that has proven to be made a change to the type of beans we have been consuming at the office. We overall have been pretty unhappy with the more fruity, acidic beans and enjoy a more moderate, nuttier Medium roast. It's strange having to deal with several people's tastes, but its part of the challenge of running a ship. Our temporary 12 pot percolator has been added to the stockpile until future use. 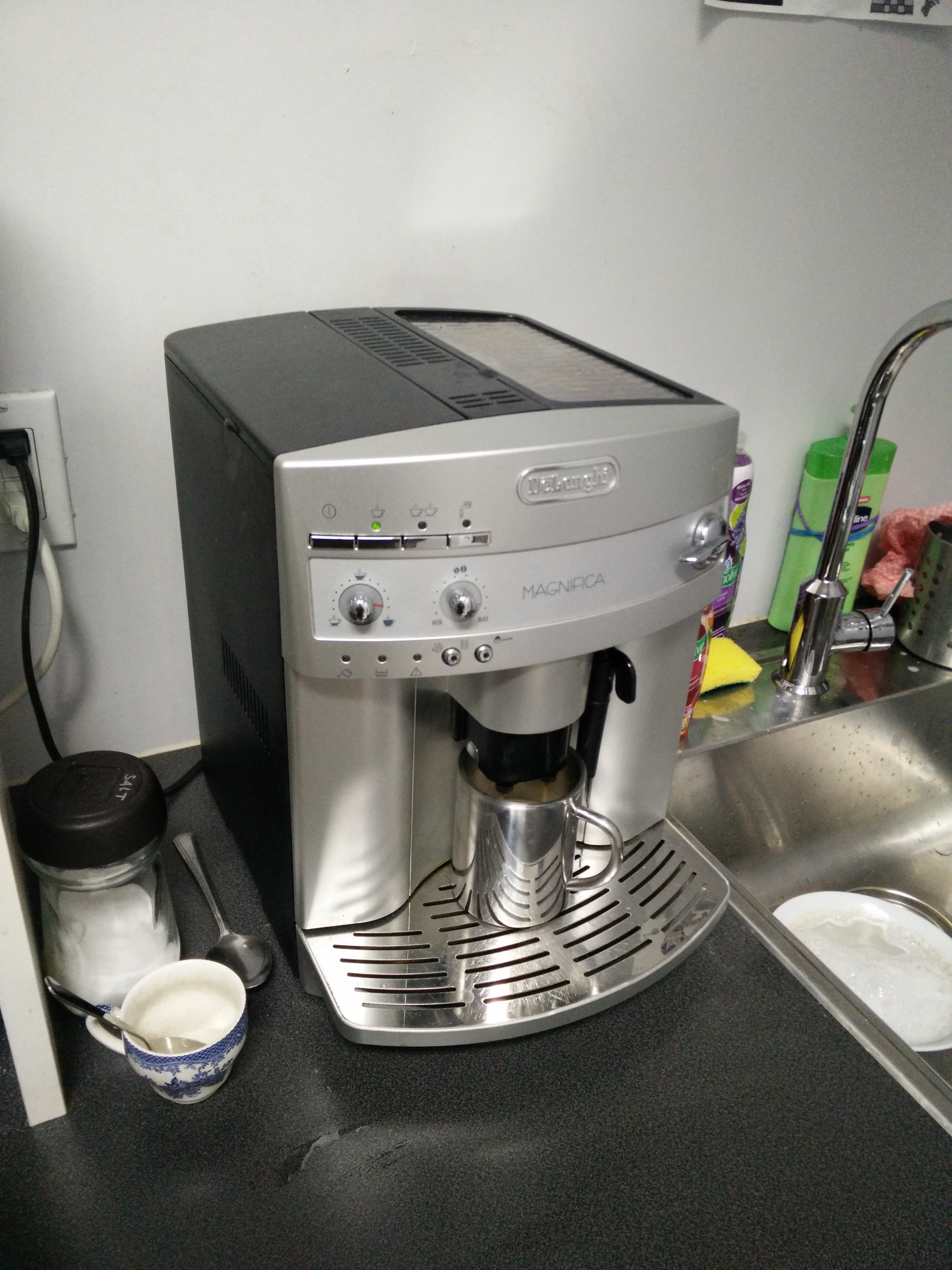 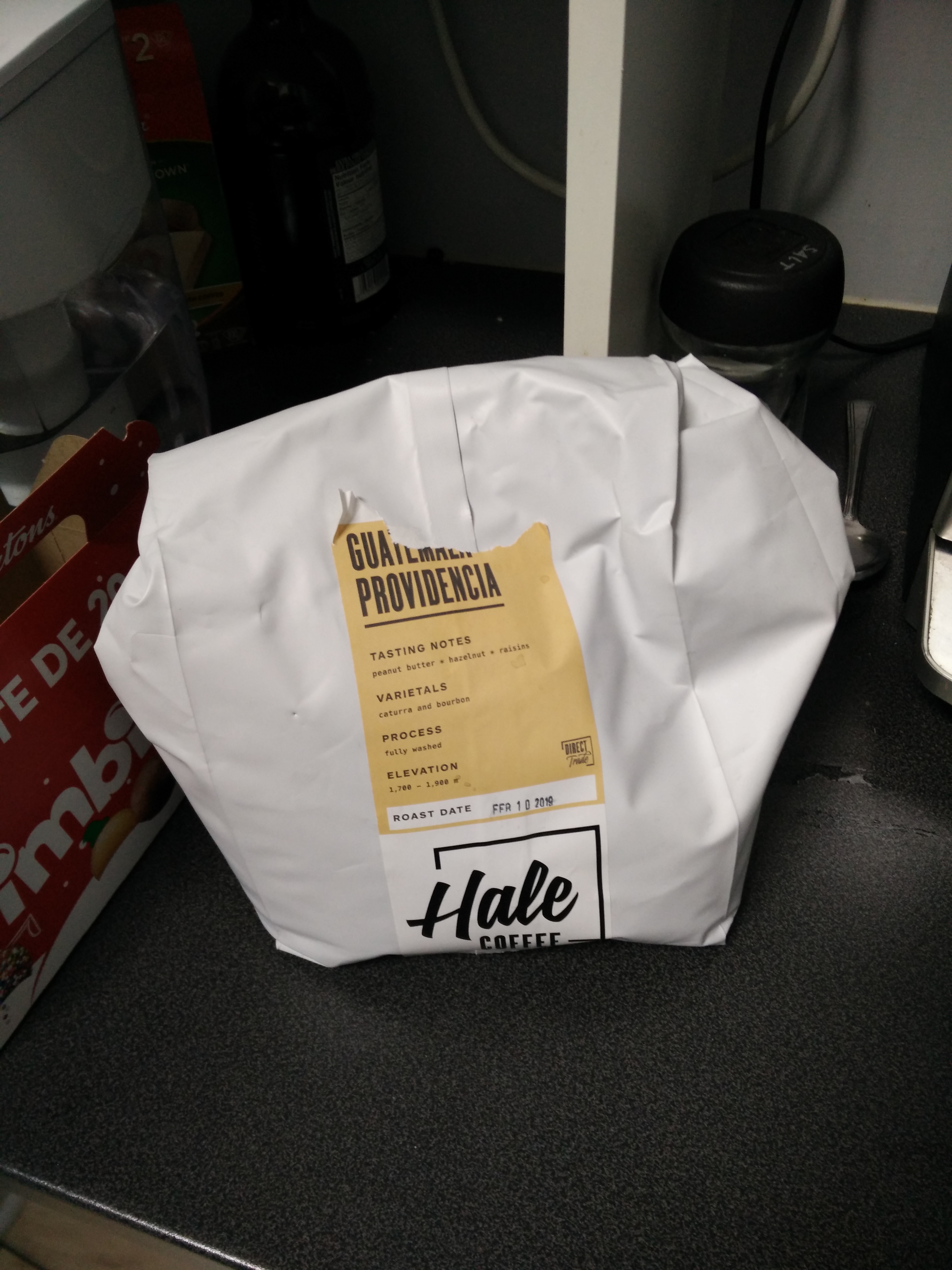 People have been bringing in lunches more frequently, so we ended up having to get a secondary mini fridge to store all of our food. Storage is and always will be an issue. 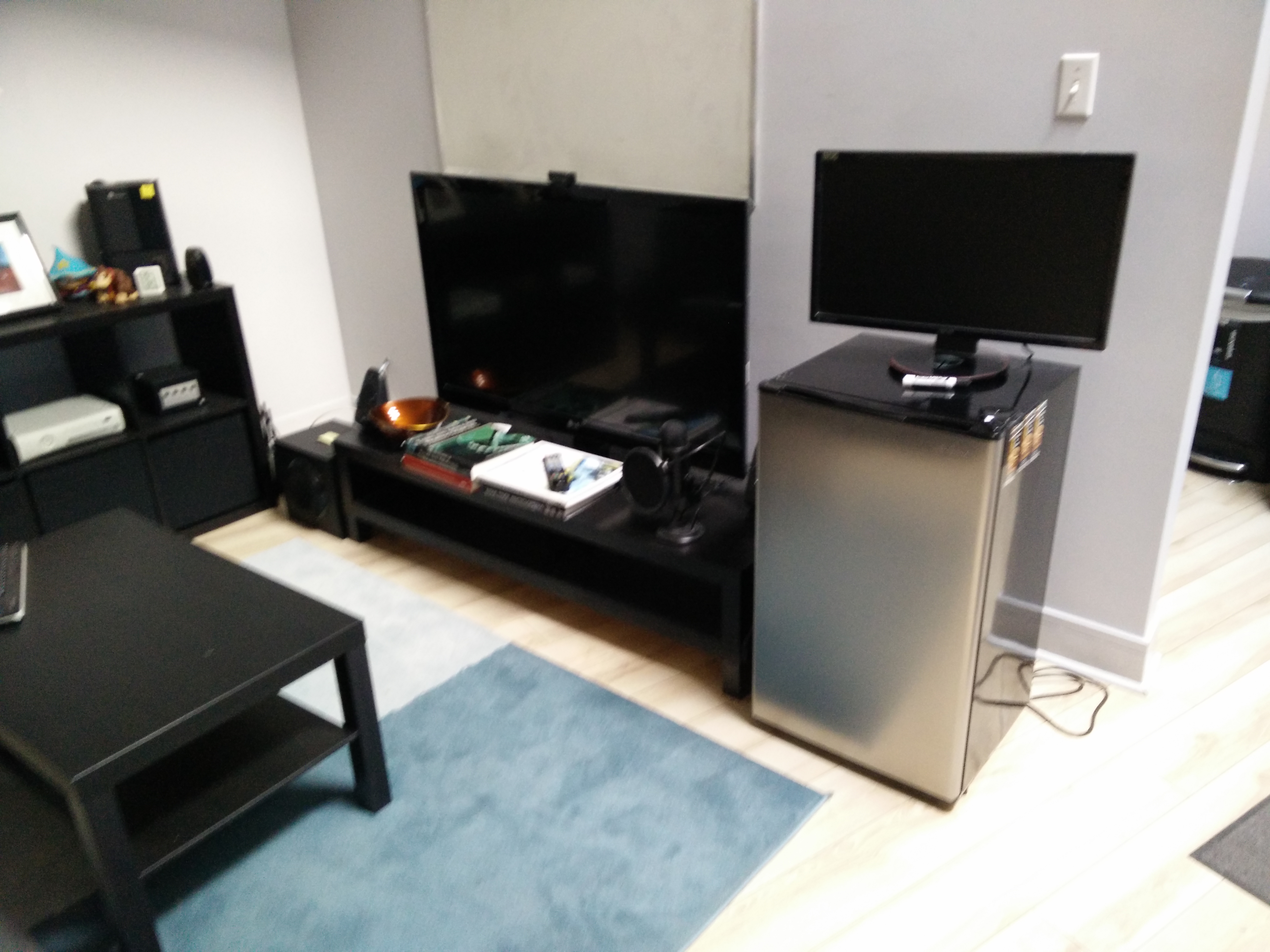 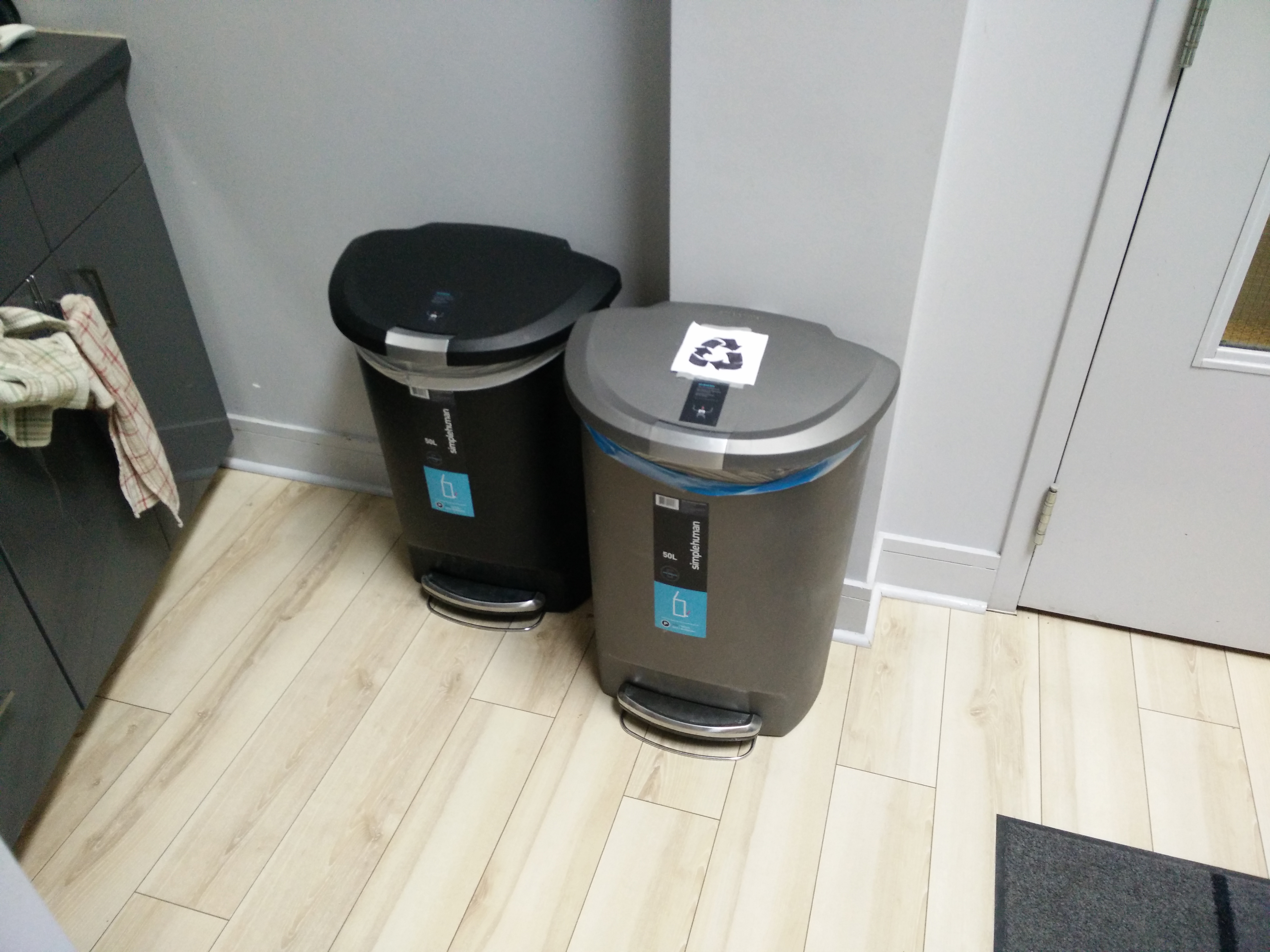 Also, did I ever tell you we got an upgraded recycling bin? Well, we did.

@AdamThe process of developing new promo illustration is quite a time consuming and iterative. Generally, it starts from the theme of the update. Once we have a clear sense of the "story" of the update we then have a clear starting point. I first generate a series of thumbnails that will nail the composition and tell the story we want. I source all sorts of images online, and essentially combine photo elements and sketches to nail down the composition, and silhouettes and ensure that the visual weight is correct. We go through a process internally of voting for the one we like best, but ultimately Mark and I choose what we "feel" represents the patch most. 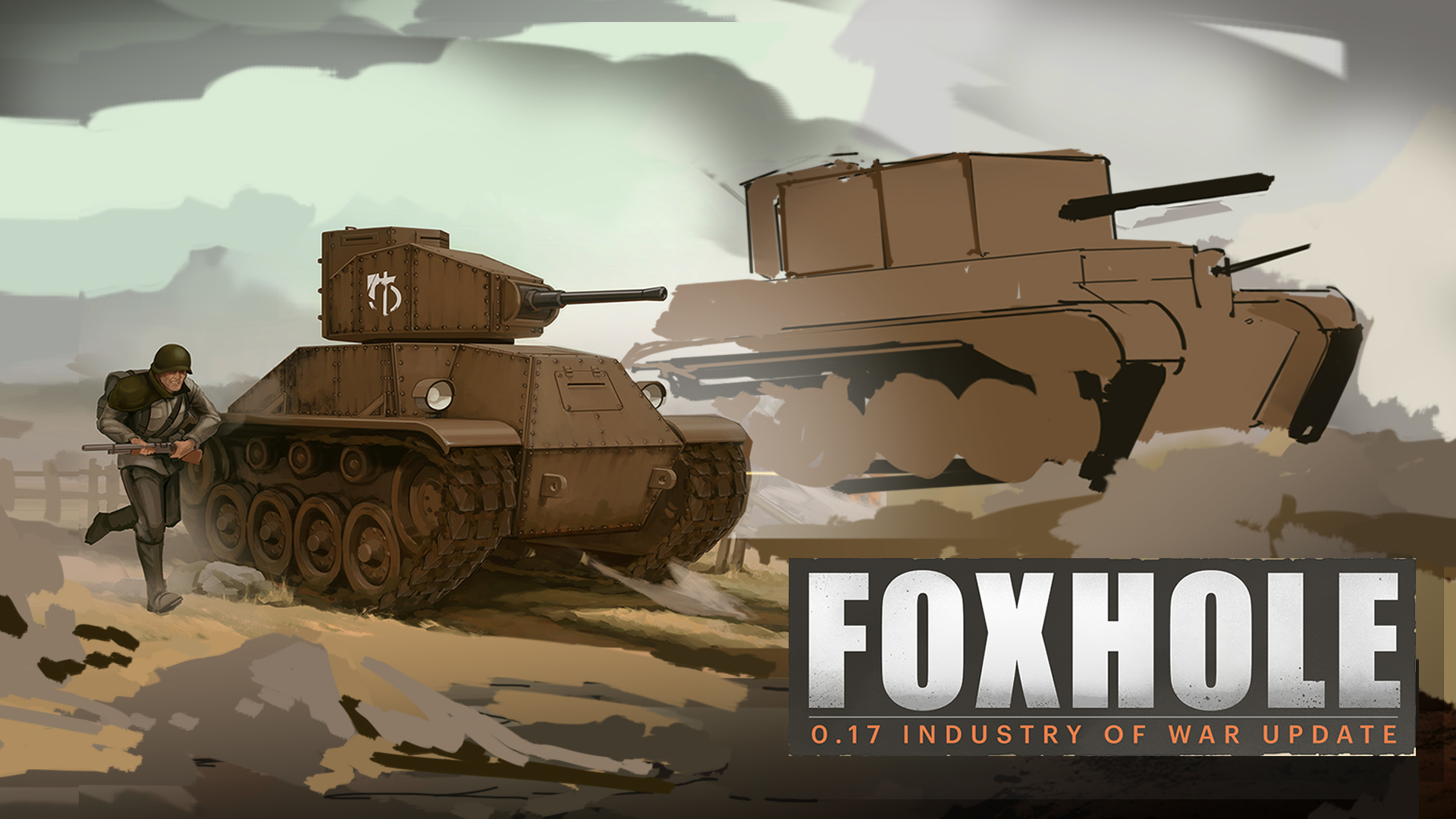 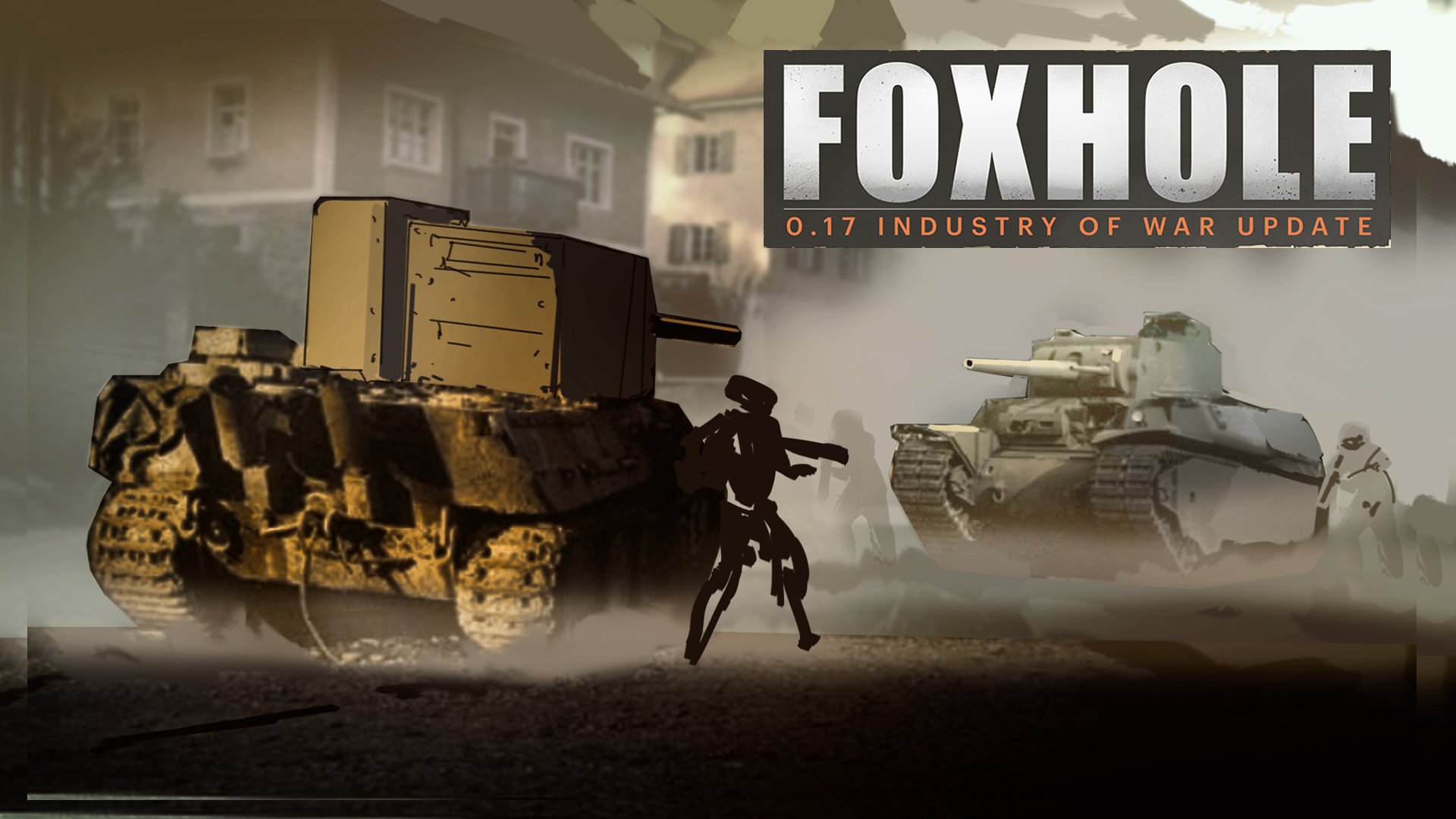 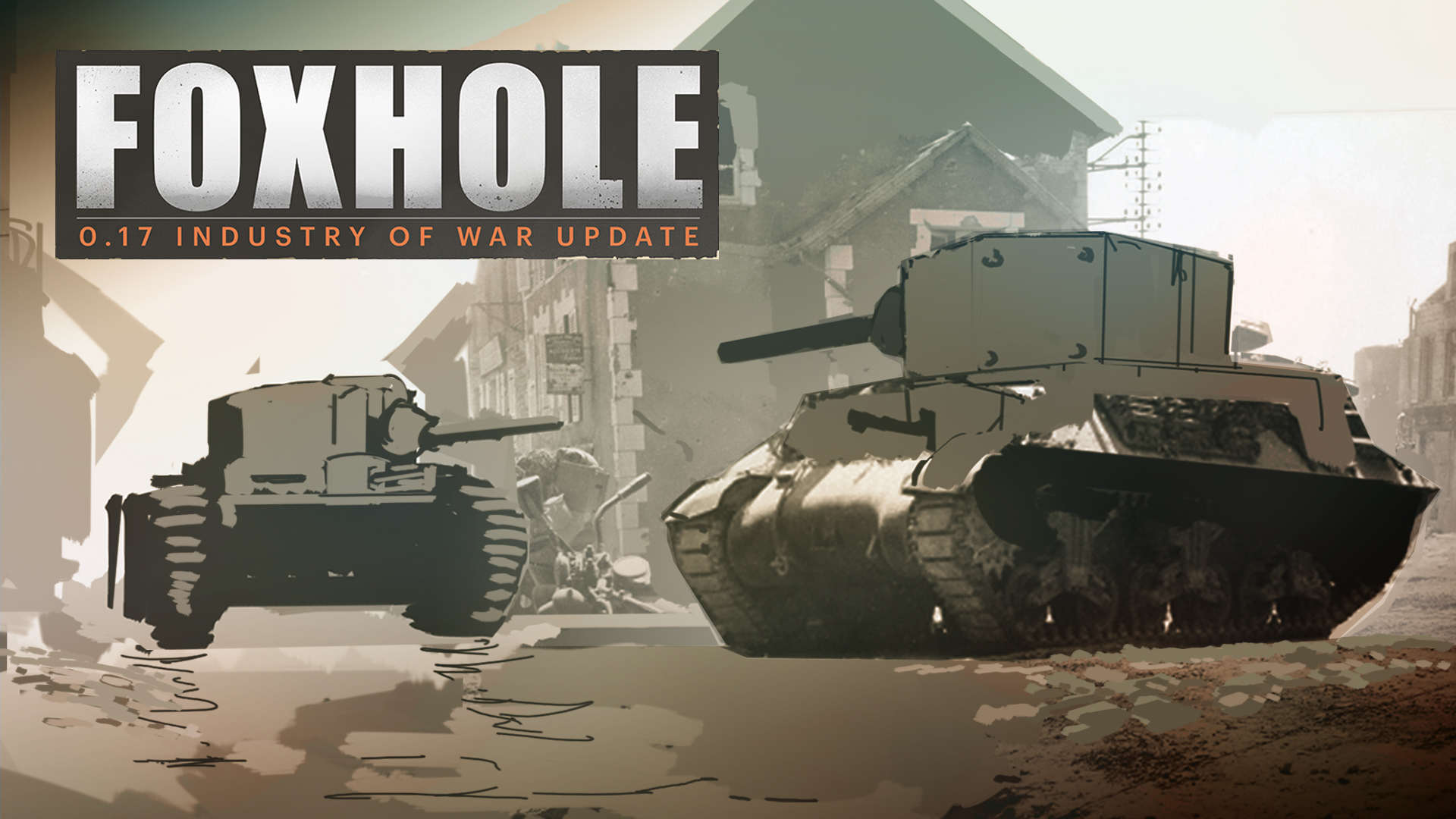 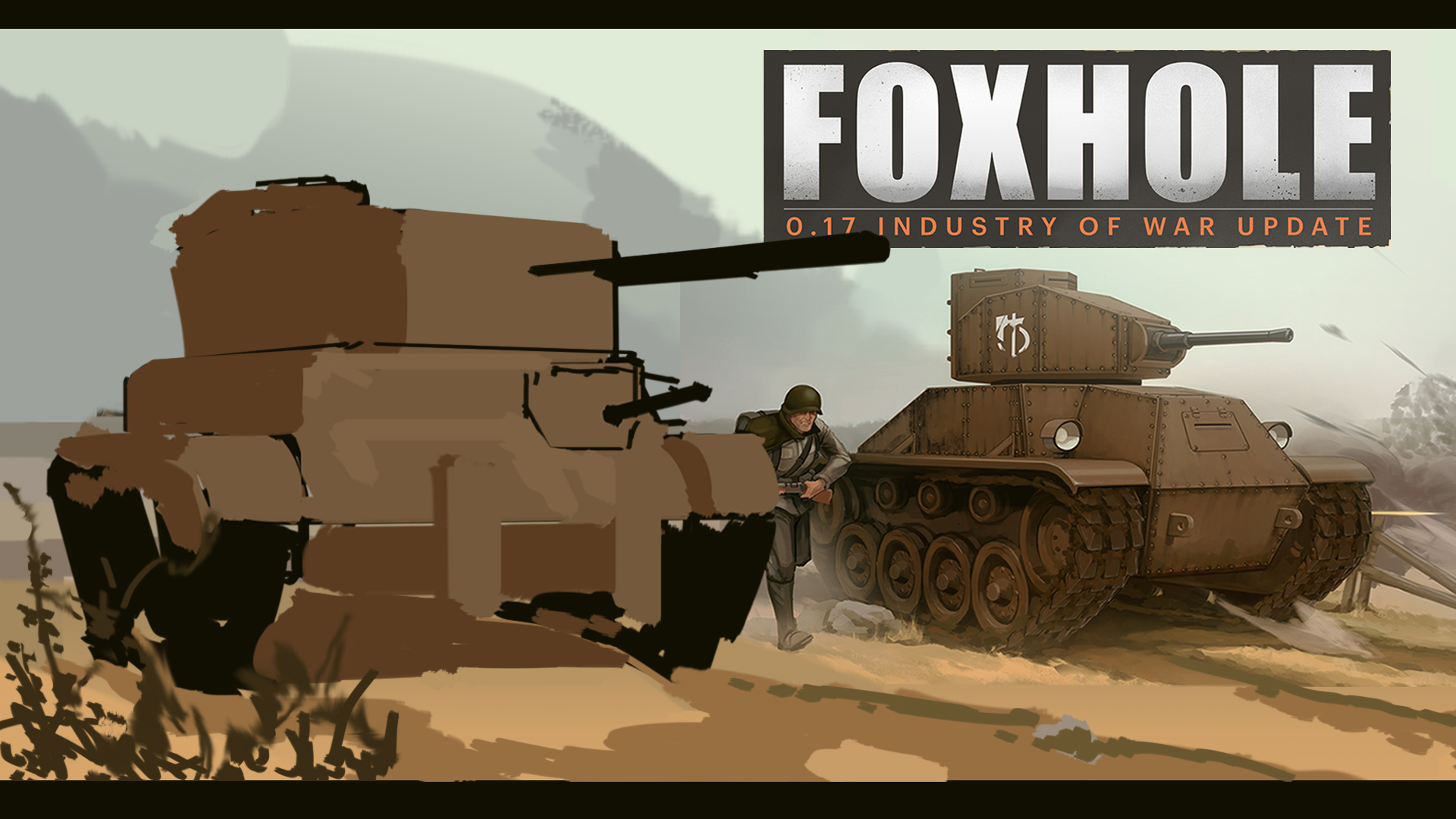 Once the thumbnail is chosen, I then begin the process of prepping my Photoshop file. I normally have to work very large, around 9000 pixels to ensure that these illustrations are high enough quality to print.Using 3D block in models helps speed up the process of painting. To have the perspective and mass of the main objects already figure out allows me to skip those steps and get right into painting the battle tanks. I actually prefer to work without a 3D model challenging myself to work in ‘hard mode’. However, deadlines are a real thing and sometimes 3D model paint overs are the way to go. The process of painting begins back to front. Figuring out the background early on save you a bunch of time in the end and leads to a cleaner final piece. After that, I worked my way forward rendering up each element. The original idea for this piece was to try a black and white image that looked like a WW2 photo. At some point along the way, Mark and I decided to add some simple color to it. This was a consideration for the impact the image would have at a small scale, the size it would appear on the steam store. 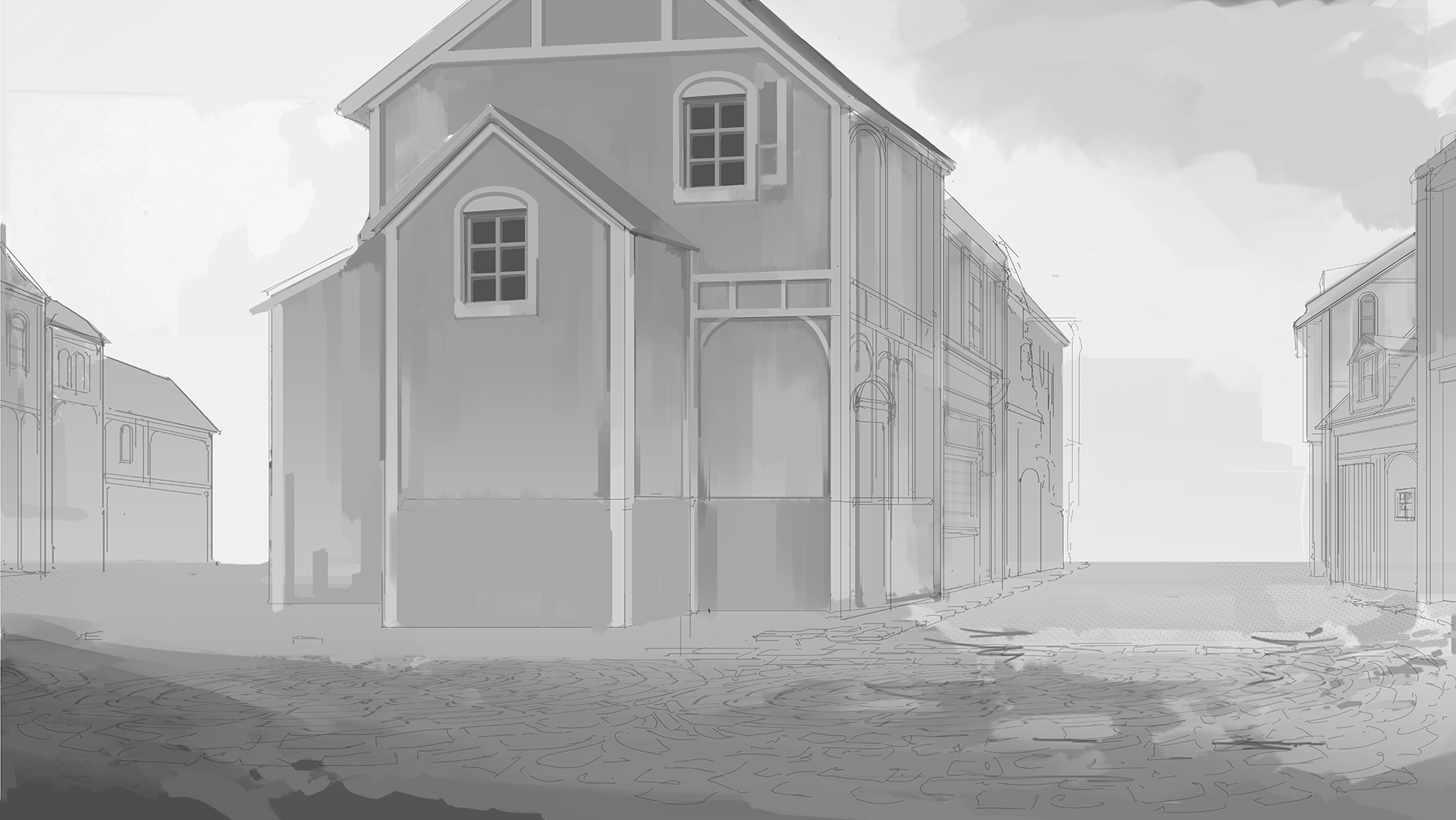 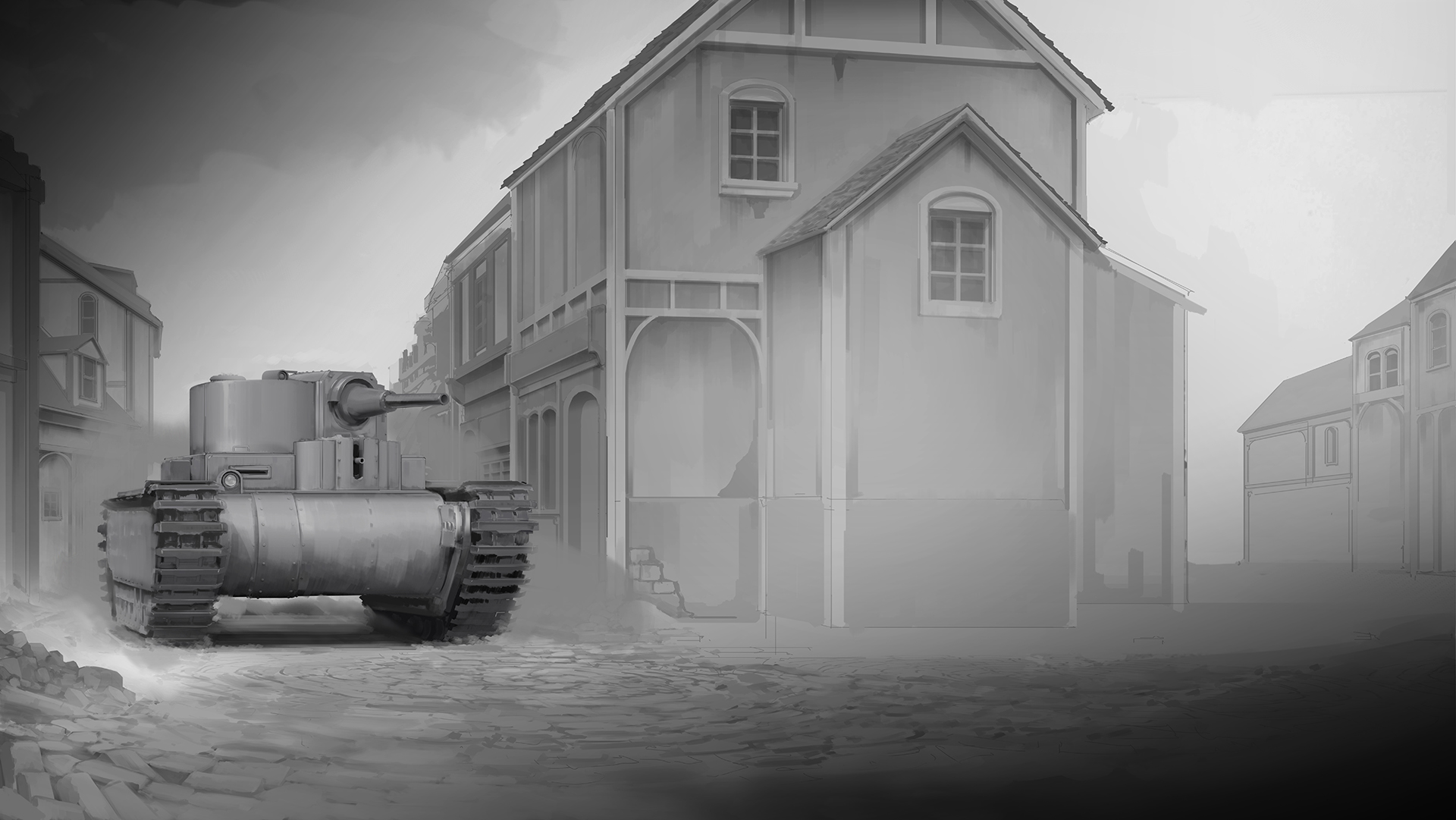 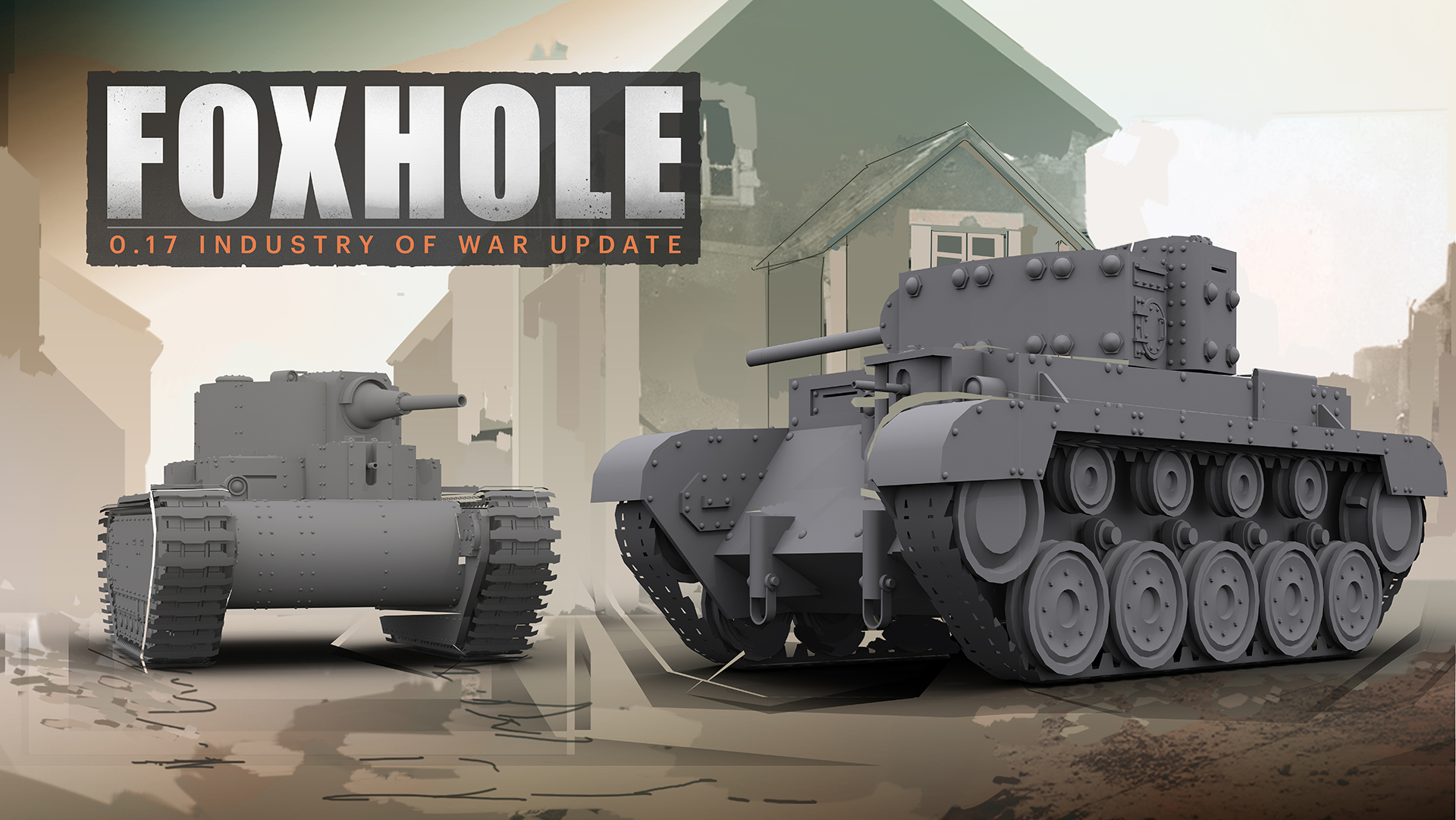 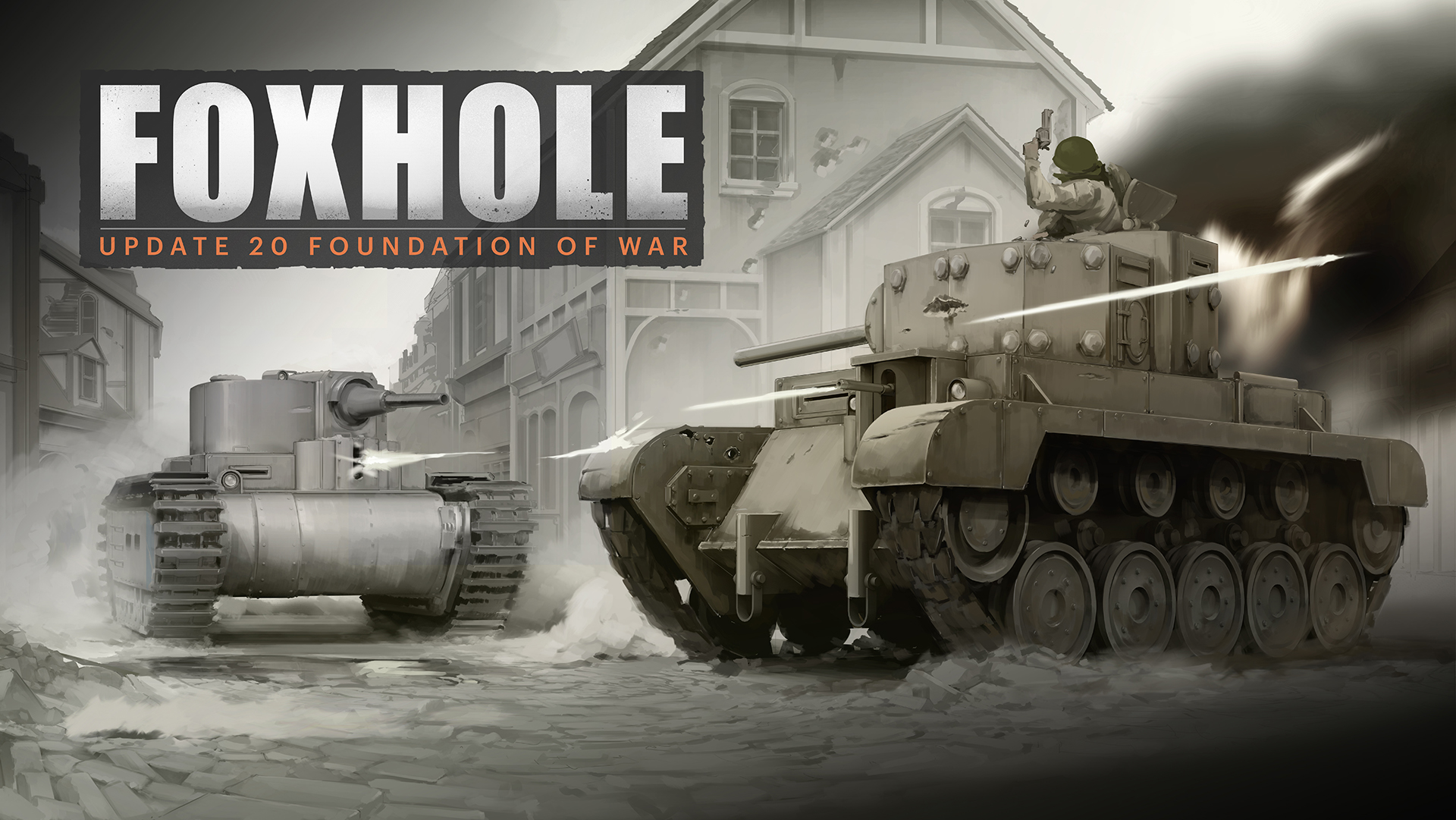 @MarkIn the year following the Early Access release of Foxhole, we nearly doubled our team size. We wanted to grow the team so that we could put a lot more resources into Foxhole and ensure that it's full potential could be realized in the years to come. We also formed a small team within the studio that was dedicated to experimenting with future technologies and concepts that would further our quest for building the ultimate persistent world, war game. Roughly 10% of our resources go into these R&D projects while 90% goes into Foxhole. Some of the research we've done will help us in building a better Foxhole. We are already testing out some new approaches to world construction that will hopefully yield a more organic and connected map later this year. We've also learned some new things about building more custom networking components that will help us enhance our online experience and bring Foxhole to other platforms in the future if need be. 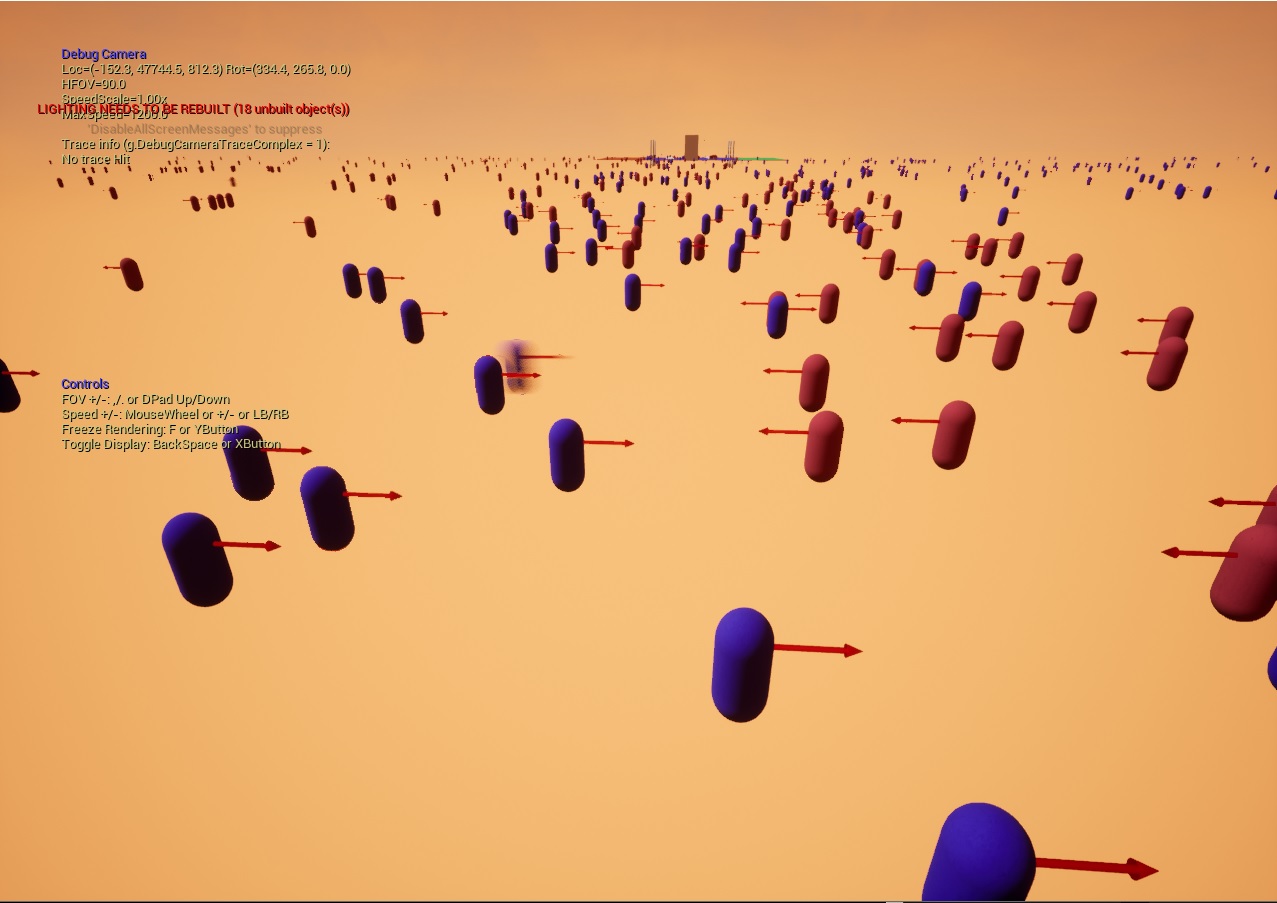 An early test of new technology that enables 1000 players to exist in a high-density simulation other research is longer term and more exploratory. Using Unreal Engine's simulation and multiplayer engine, Foxhole is capable of supporting about 150 players within a relatively dense environment (such as a single region in Foxhole). For the last year or so, we've been working on an entirely new custom technology platform that is targeting 1000 players in a high-density situation. Our dream is to be able to one day support a Total War style battle where every soldier is a player. Keep in mind that this is super early tech that is nowhere close to being usable in a live commercial game like Foxhole. We hope to be able to share more about our progress these projects in the future.