This week we decided to keep on giving you some sneak peeks of the animation improvements that are being worked on!

In our previous posts we showed you guys some animations that the team has been working on, so this week we decided to show the progress of the run animation! 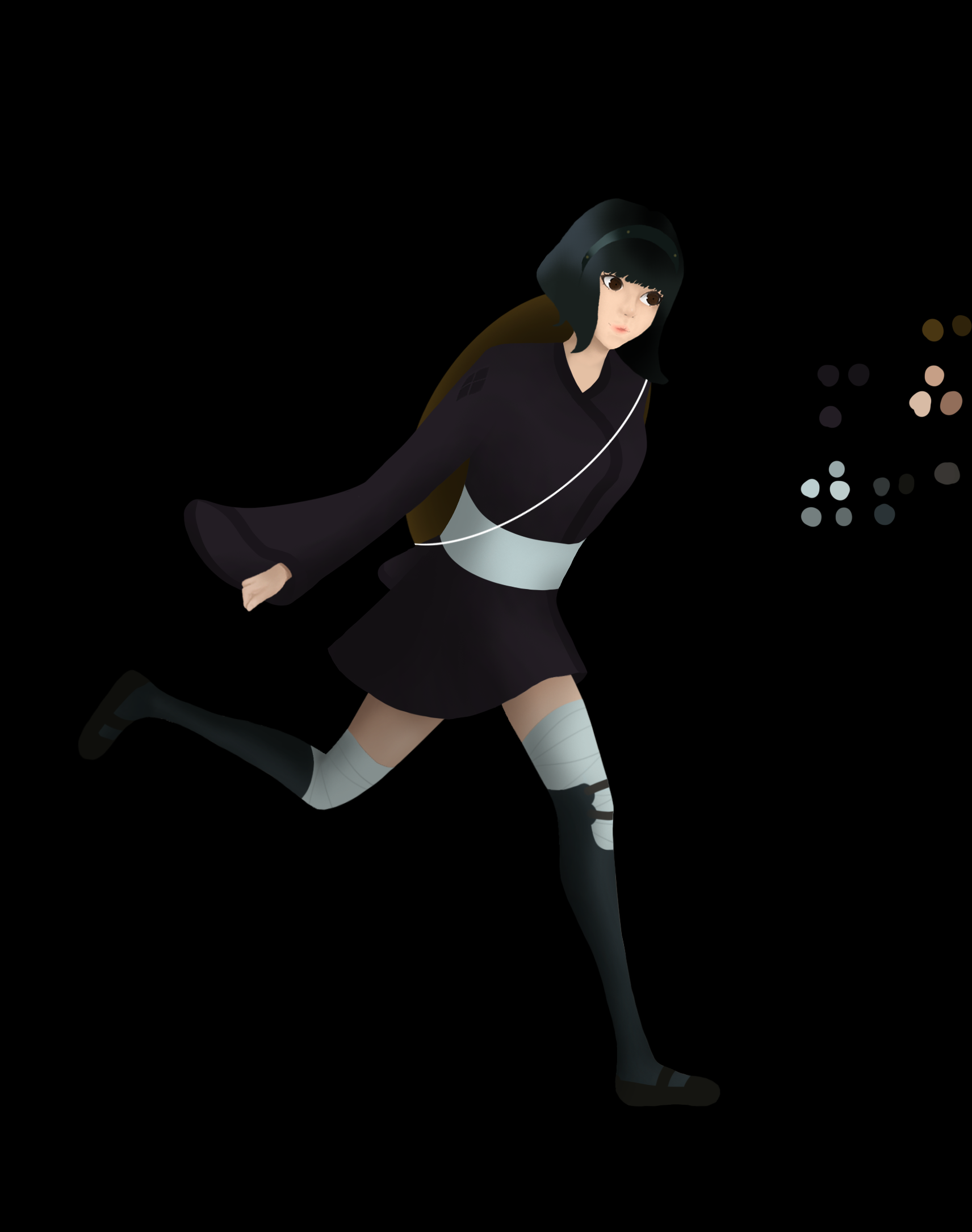 This is last week tiny sneak peek of the improvements that we showed you guys last week, that was being done on our main character run animation, a single frame from our artist hard work on this animation.

We really loved the final outcome of this animation, everything looks so “free”, the hair swinging back and forth, the cloth movement, from both, the sleeves and the skirt, as well as the little string swing, some of these might seem like meaningless things, but these are the things that made us like the way the animation ended up turning out.