This week work brought into Untill Light lots of improvements to increase the game performances.

Wellcome back to Untill Light devblog, this week I worked on so many things to improve the game and the performances on lower PCs. 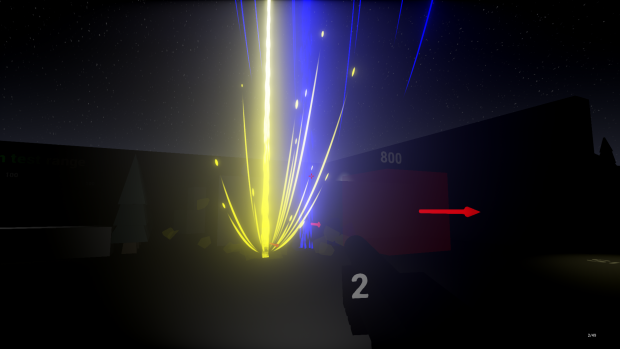 Let's start with what I've added this week:

- River generator tool (this is not much intresting for you but allows me to create a river in a few minutes).

- The map that will come with Untill Light Alpha. (This is not the final version, I'll work more on it) Now its time for issues that I found this week:

- IA sometimes doesn't work when spawned into the map

- Bad Navmesh use that cause the IA to stuck into walls This week I also spent a lot of time increasing the performance of Untill Light:

During game tests (IA with lights) I've noticed that 50 enemies made Untill Light run at 50fps or less on a gtx970 (epic quality) and around 10fps or lower on a gt630 (low quality). After swapping to Emissive Colors the perfomance had a huge increase: with 50 enemies on gtx970 (epic quality) the game runs at 165fps (average) and on the gt630 (medium quality) runs at 30fps (average). The bad part of this change is that the light effects are a bit less impressive but they are still really good. - Moving parts of the game from Blueprints to C++ to have batter code organization and performance.