Where we talk about our progress with the game, how we finally have a definitive version of our terrain, and how what's on the terrain affects the gameplay. It's a harsh environment and safe spots are not easily found. The hardest choices are yet to be taken.

Posted by tunnelvisionstudio on Oct 14th, 2020

Our terrain is finally complete and I must say: it feels good to be done. We are happy with the result! We were worried it could end up being too heavy, so we split it in four and it’s now as light as a feather. Starsand has now some solid ground. Well kind of, it's still sand after all.

We think we also got the aesthetic right, with all the dunes running up and down as far as the eye can see. The idea was not to try and reproduce a desert that exists in our world (still a very hard task indeed), but rather make one that would feel real and yet different, unique in its own way. The colors, the shape of the dunes and the way they unfold, the texture, it all came together nicely in a way that makes us think this desert is not quite a normal desert.

At the current stage, it's not a normal stage also because our camels are way too overdramatic. Have a look at their acting skills when they have to pretend to die... Such drama queens!

And now let’s talk about the gameplay. Gameplay-wise the desert is an even more tough opponent. As soon as we completed our terrain, we started working on what goes on it, meaning all the points of interest and locations that go on the map. Now, what we are currently doing is trying to find the perfect balance. We are making a game set in the desert, and it is paramount we remain true to the desert, meaning the feeling of an empty neverending wasteland must be part of the experience.

Nonetheless, Starsand is still a game, and we don’t think a game where the player ends up randomly roaming the desert until they get cooked by the sun would work. This means it must be likely for the player to find something among the dunes: oasis, cliffs, ruins, building, pyramids. That’s for granted. The question is: how likely? We don’t want to put a point of interest behind every dune because, again, we do not want to betray the desert. Right now, that’s what we are figuring out. We are testing and testing to find the perfect balance between emptiness and, well, fun. One thing we already know though: you are gonna die thirsty.

Until the next update,
Testamorta 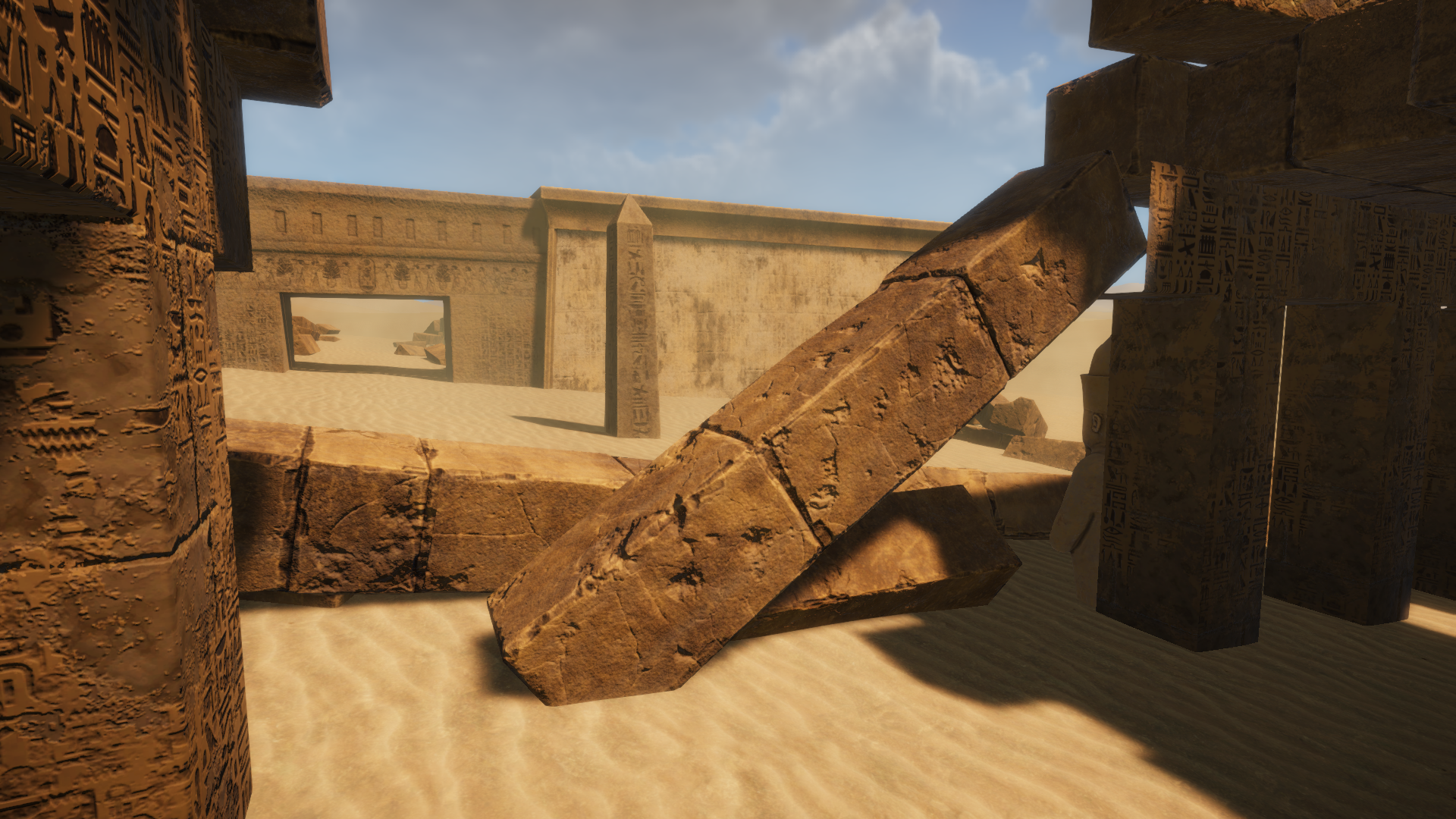