Small update to wrap up Workshops for the time being.

Hey everyone! Apologies for the longer than planned wait for this update. Since you've all waited long enough already, I'll just get straight to it.

I originally wanted to make a video for this update showcasing the Workshop system, but I decided that it's not worth pushing the update back any further in order to make the video. Instead, I'll just make a quick update to wrap up Workshops, and then move on to work on something else (for the new demo). So today's update will mainly look at the actual production of items that the previous updates have been leading up to. 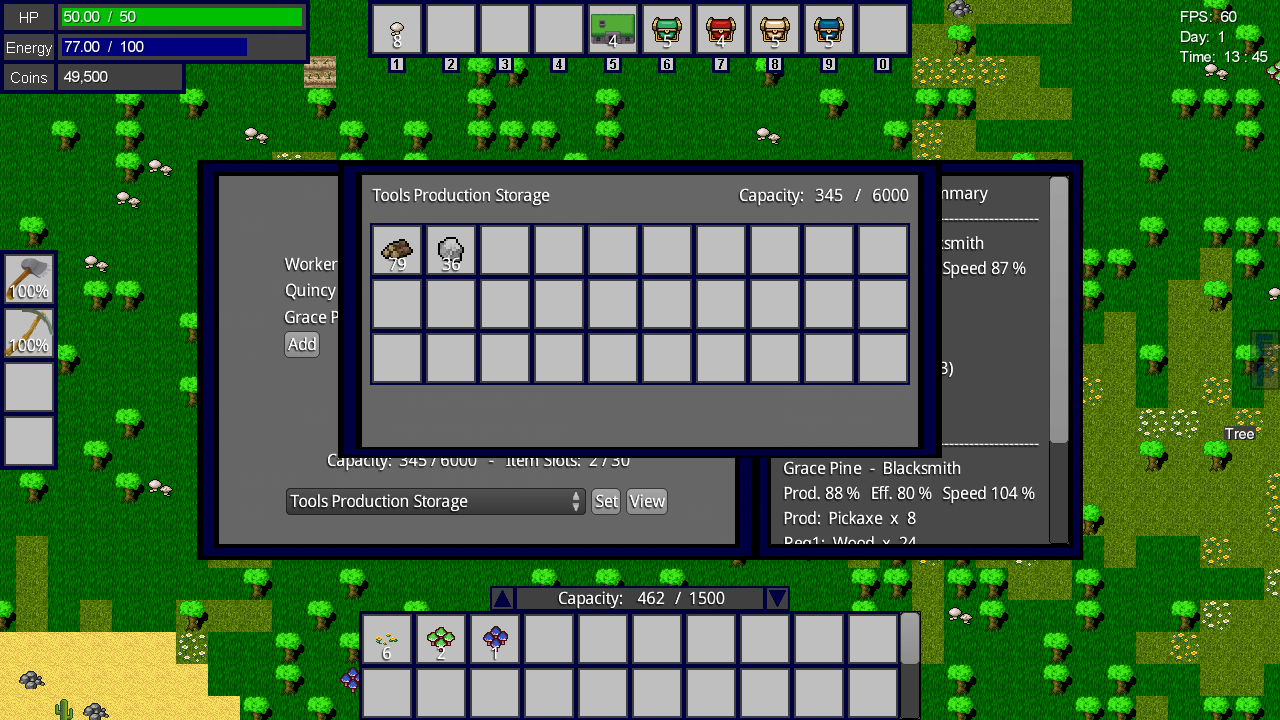 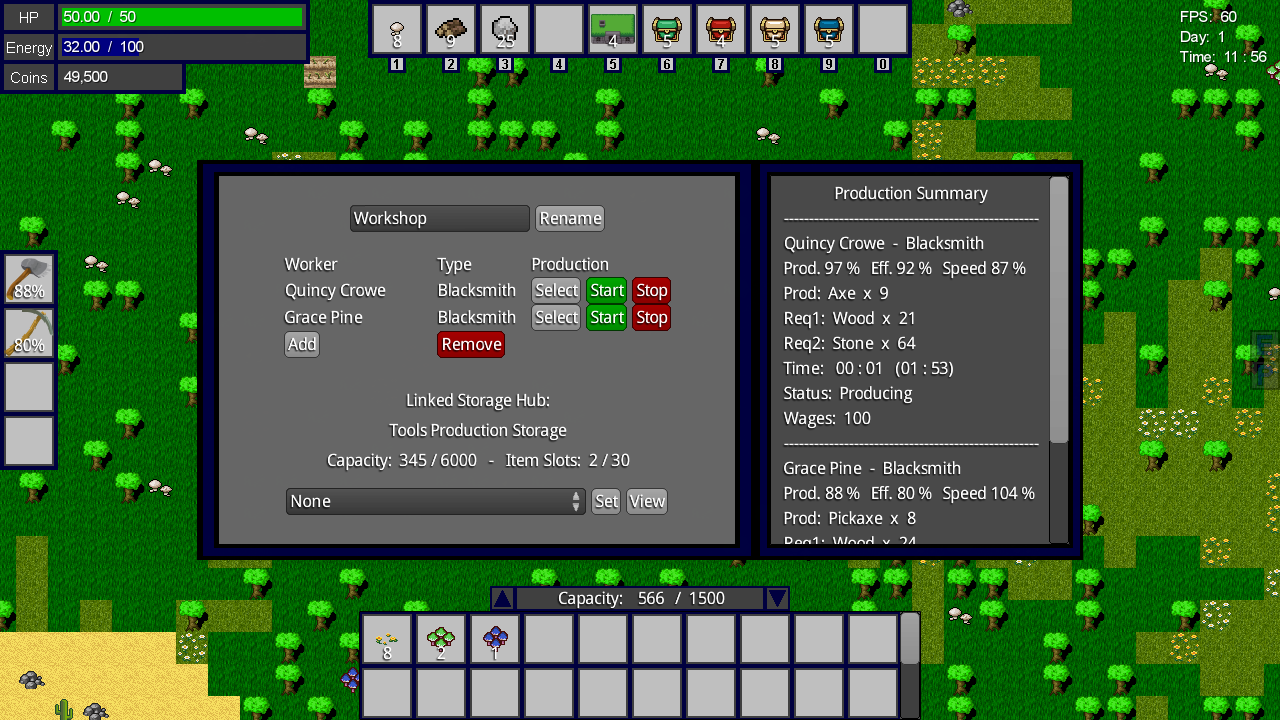 So the first two screenshots are from before a production cycle completes. The top screen is showing a view of the linked storage, which can be brought up by pressing the, you guessed it, View button next to the Set button on the main Workshop UI. This will let players view the contents of storages without having to leave the workshop. The amount of Wood and Stone shown is the remainder after the necessary amount for one production cycle was used up. The bottom screen is showing the remaining time before the cycle finishes (1 second). Also worth noting is a slight change I made to the info displayed for the linked storage hub. I added the amount of used and total slots that the linked storage can hold. (Note: things such as production time and wages will be balanced later for the new demo). 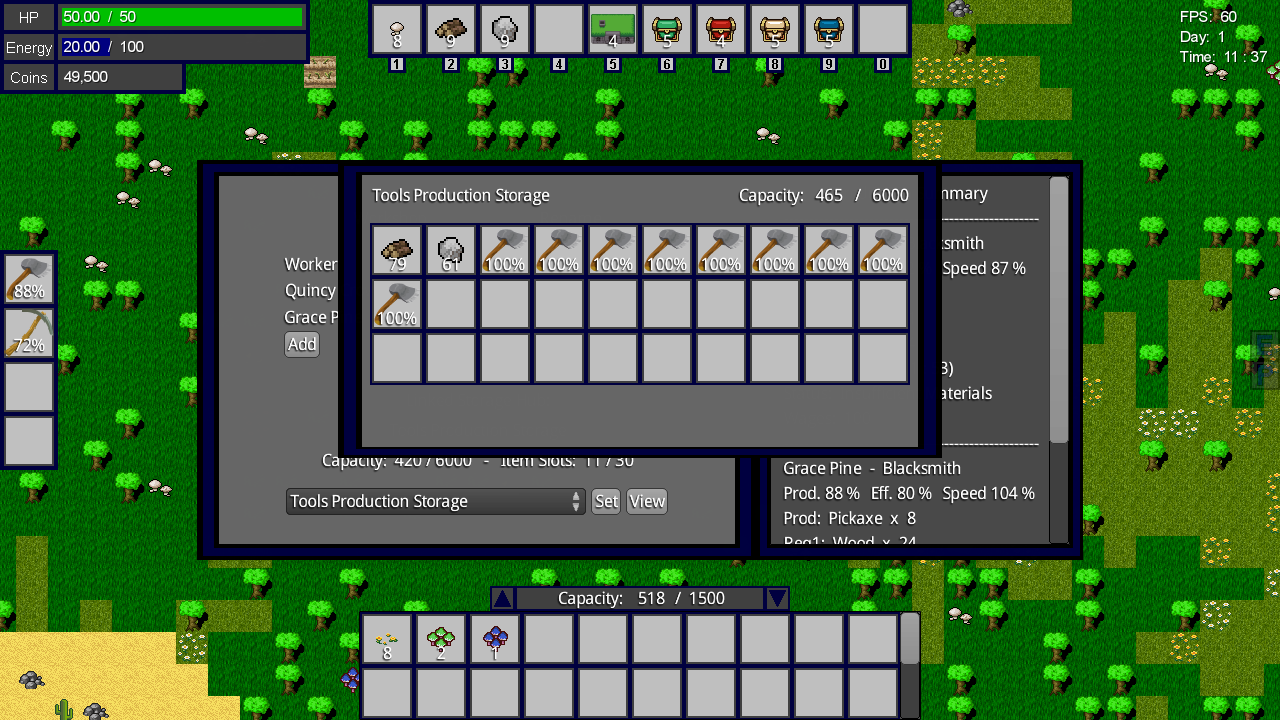 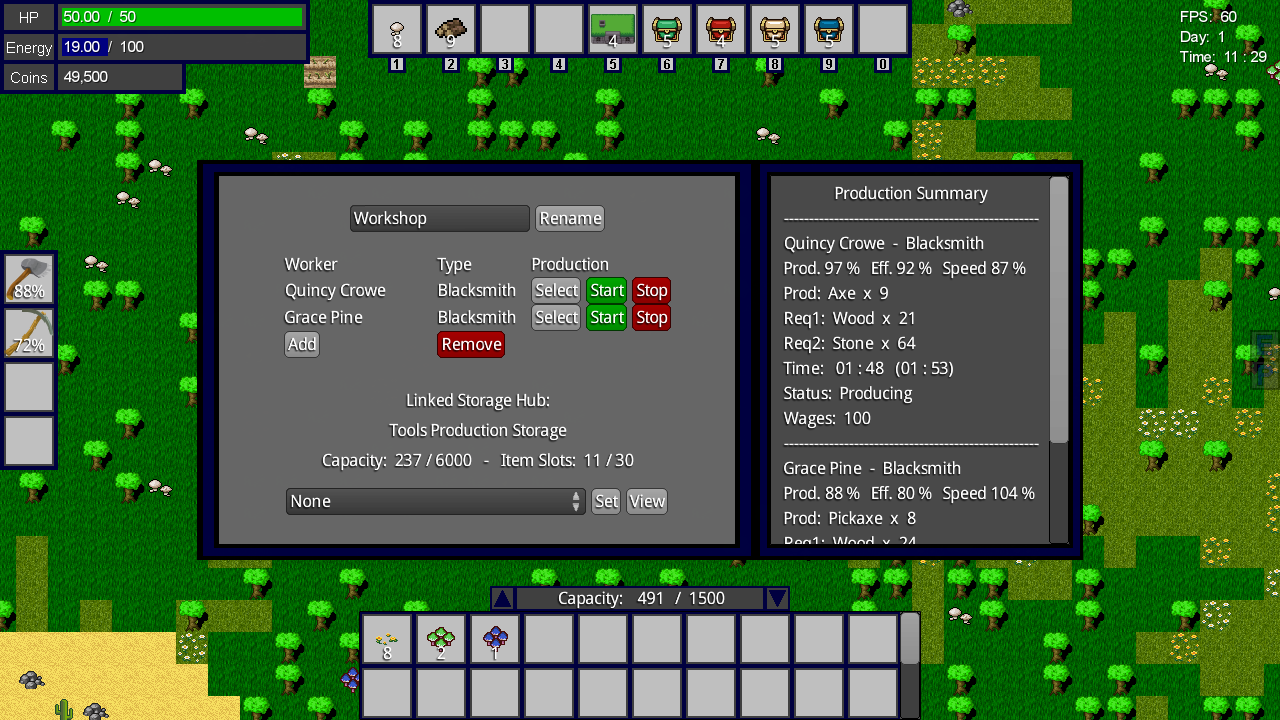 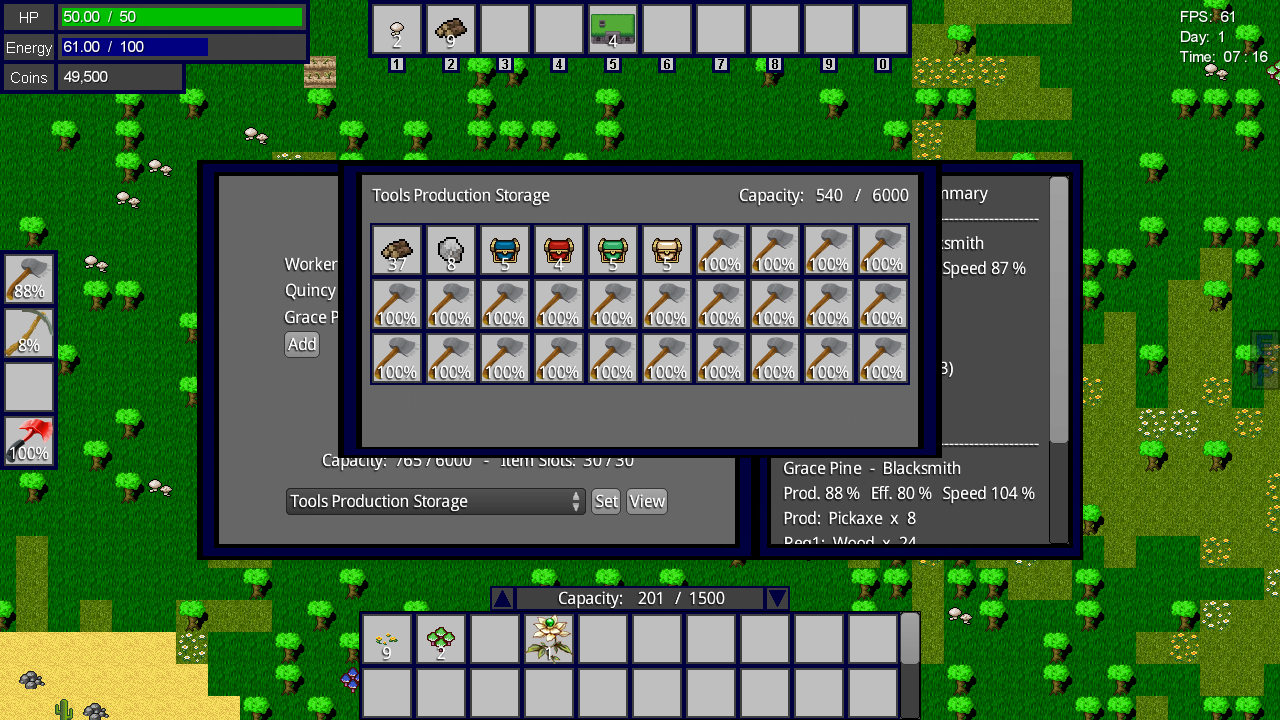 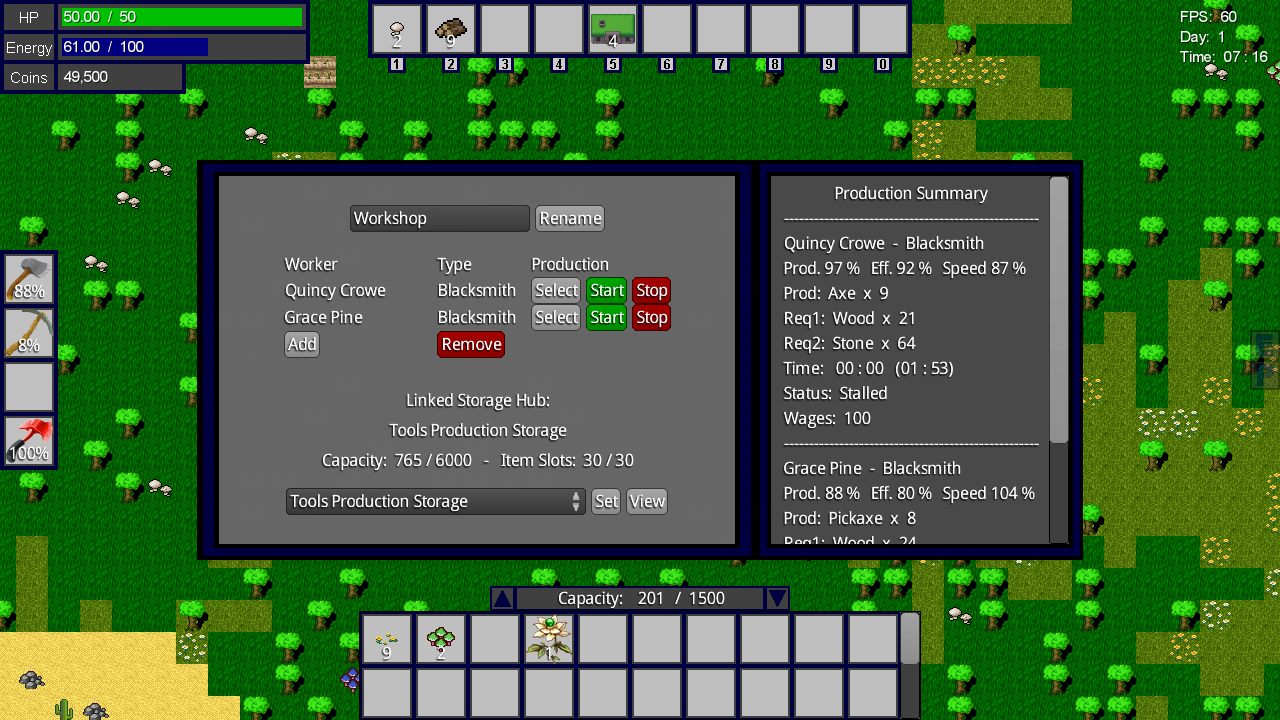 These last two screenshots are showing when a worker's production cycle gets stalled. The top screen is showing the linked storage completely full of items. Since the worker, Quincy, was not able to deposit into the storage all the axes he produced, he has to hold onto the remainder. His production is now stalled, as shown in the bottom screen. Once some space opens up in the linked storage, the worker will deposit the rest of the axes and start on a new cycle, granted enough materials are available. So players will need to be careful about what and how much they're producing at their workshops in order to keep their production running efficiently. (On a side note, keen observers might have noticed the very nice addition to my set of equipped tools from the previous screenshots. While out gathering some materials I happened to stumble upon a loot chest with a Bloodcloud Axe in it. Not a bad find at such an early point in the game.)

Well I hope this turned out to be a somewhat decent update. I'm sorry it was kind of short and lacking in anything really new or exciting. Going forward, I'll now be working on the many little changes/fixes I want to make to the demo. I can't say for sure how long it'll take before I can release the new demo version, but it'll probably be several months down the line. In the meantime, I'll post updates on the progress and share what's changed/new. If anybody has any small fixes/changes they'd like to see in the new demo, please post them in the comments below.

And if you're interested in The Frontier, please check out the Greenlight page and vote to see it become available on Steam: The Frontier - Greenlight. Lately it's moved up quite a lot and it's getting closer to making it into the top 100. It's all thanks to your votes!