Up to now we showed various tanks and different parts, but in this update, we would like to focus on the tycoon aspect of the game. Namely, those whom you sell your tanks! Let us face it- tanks are not a common commodity on the market and it wouldn’t fit to have the business part of the game similar to other tycoon games. In Arms Trade Tycoon you can sell your tanks to any country that expressed its interest in this weapon.

These countries will be few at the start of the game but eventually their number will grow, and you’ll be offering your tanks to whole world. 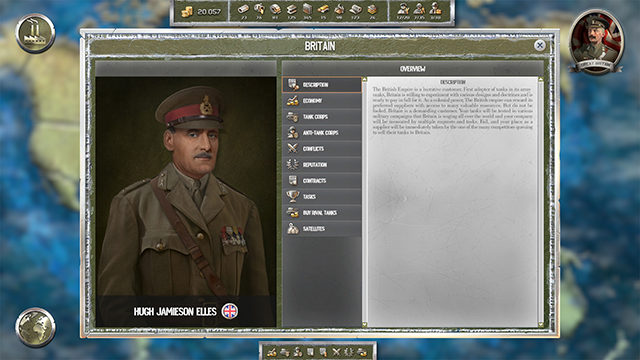 As a customer, each country has several unique traits that you must consider before deciding if you want to commit to this country.

One of the first thing you should inspect is country description. Here you will find valuable hints on the political atmosphere inside the country, its stability, how it is perceived in the world and how this country is expected to behave on the world arena. 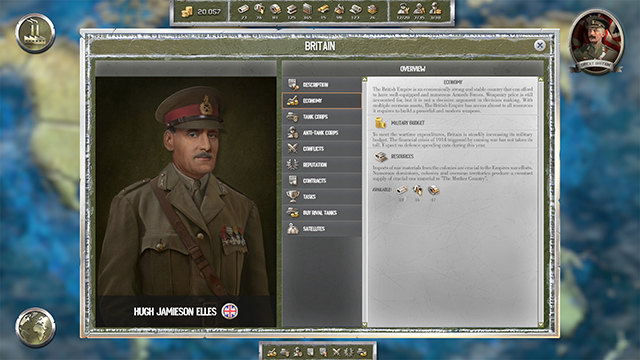 Next, it is worth to check on Economic tab. Namely, Military budget and Resources panel. Military budget has a direct effect on the amount of tanks that country will be willing to buy and how sensitive is this country to the offered tank price. Resource tab gives you an overview what raw resources are available to purchase and their amount. Most of the raw resource are not easy to get, so keep an eye on this tab. 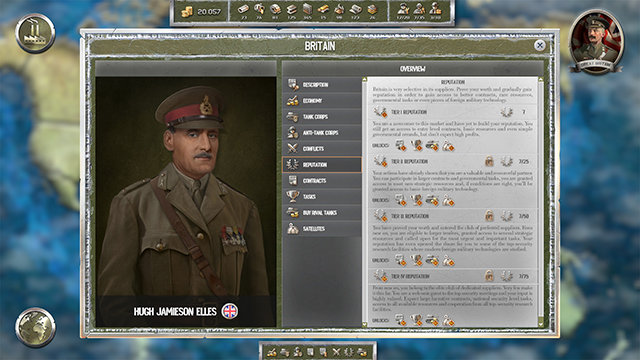 Now, let us move to how this country perceive your company – Reputation tab. Reputation is the key parameter when dealing with countries. It is reputation that unlocks new negotiation options and deals and make trade even more lucrative for you. But be careful, as reputation accumulates during the game and most of your action will have a direct or indirect impact your reputation with given country. 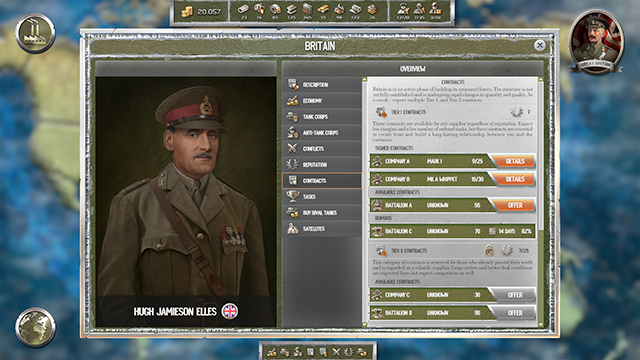 Equally important is to keep an eye on the available tank contracts. In order to succeed you must identify a worthy and profitable tank tender and make a more attractive offer than your competitors. Tenders will come in three flavors: signed contracts that you have already been awarded, active ones where you can participate and rumors, something that might happen or might not. Needless to say, that you’ll have to choose wisely which one to choose as you research and production capacity will be limited.

In the upcoming updates we will continue explaining country traits, discussing what hides behind Tank and Anti-Tank corps, Tasks, Rival tanks and Satellites tabs.

Please join our Discord channel: Discordapp.com if you want to learn more!