Here finally a new piece of news on game development. However this time news will be not followed by new patch.

Here new stuff that has been added for next update:

Dust is undefined crafting material, mostly for alchemy (but later will have use in weapon crafting). To identify dust you need 'book of knowledge' which can be found in library. And then just combine them. 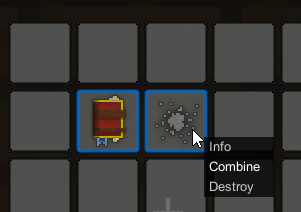 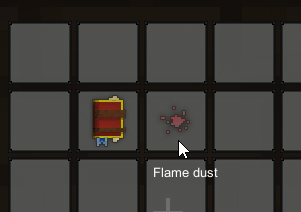 First and second stage can be accumulated by standing still. This time can be used to craft potions or prepare equipment.

Third stage can be achieved only by eating food.

Leveling system
Now when you kill monsters you gain experience. With every level up you get one point to spend on stats: Strength, Dexterity, Vitality. 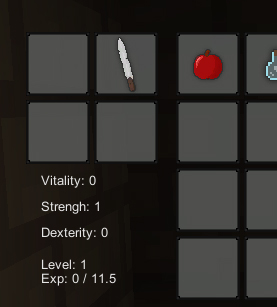 That all looks mega awesome. Very glad to see changes to the hunger system!