I will talk about weapon Arsenal. Lots of weapons!

First of all, I have to confess. I love guns.

Shooter is about shooting, right?

One of my first games was Doom and I will never forget chain gun and shotgun from there. I played lots of shooters throughout my entire life.

So shooting mechanics in a shooter game is one of the biggest things for me. If game have weak plot, I can play it, but if shooter has weak gunplay, I can’t. So making nice weapon feeling was important for me even with small resources I had.

Also I like when games give you choice to choose your weapon. Because it minimizes the chance that the player won’t be able to find a weapon to his liking. So I have nearly 70 guns.

Maybe it’s a little overkill for normal player. But who told you that I am a normal? =) 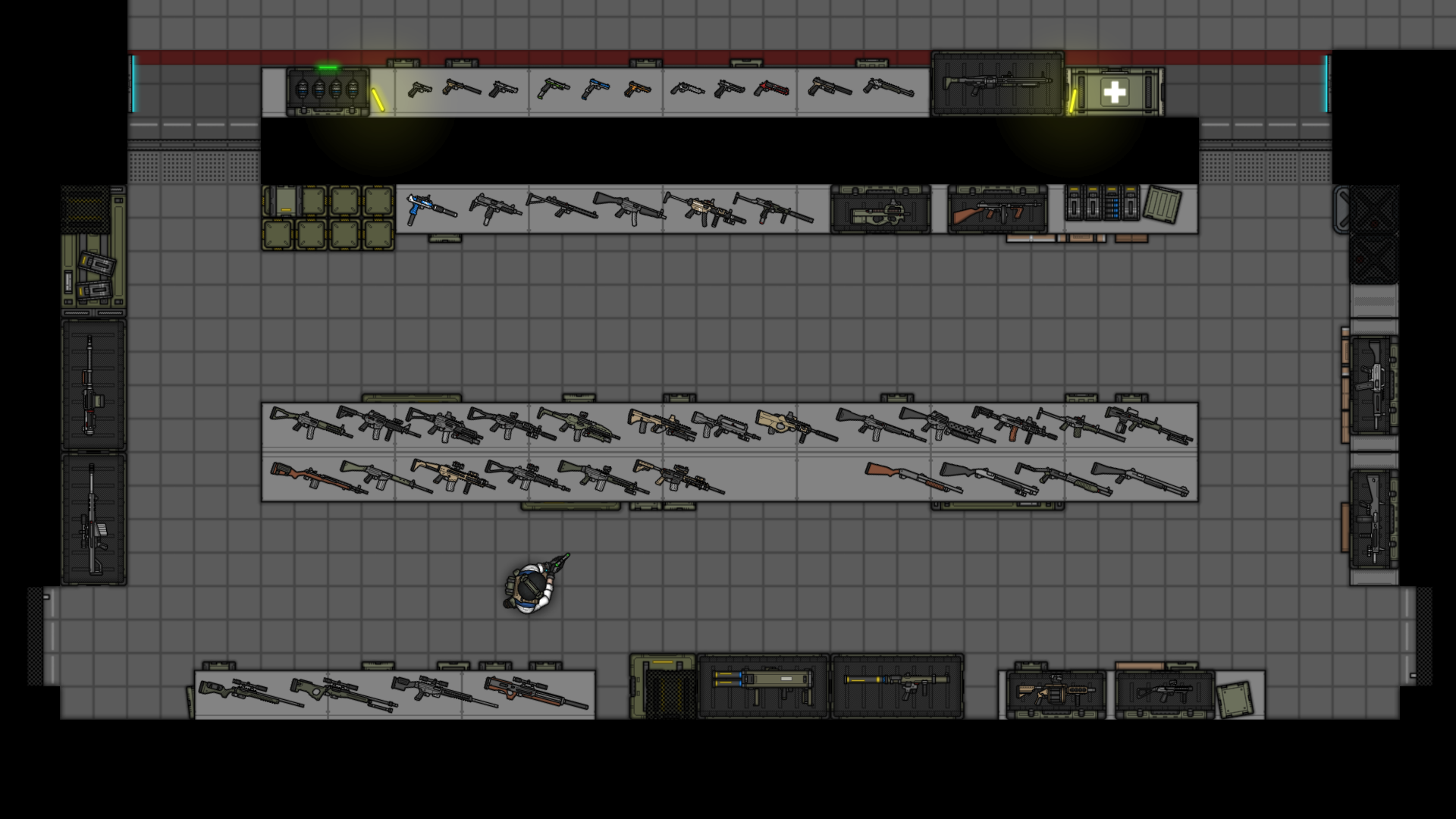 Everyone will find something for himself.

During my gamer life I have a lot of weapons with which I relate some memories. So I wanted them in my game. AUG from CS, M4 from every military shooter, M16+M203 from Predator and lot more.

I did not use the real names of the weapons to avoid any problems with the law. But you will find a lot of well-known weapons here and some not that popular in other games.

All weapons are divided into several classes

Useless weapon in most games, or just sidearm. I designed pistols so it can be used as main weapon. They are light and powerful. Also they have fast reloading speed. You can complete the whole story with pistols. 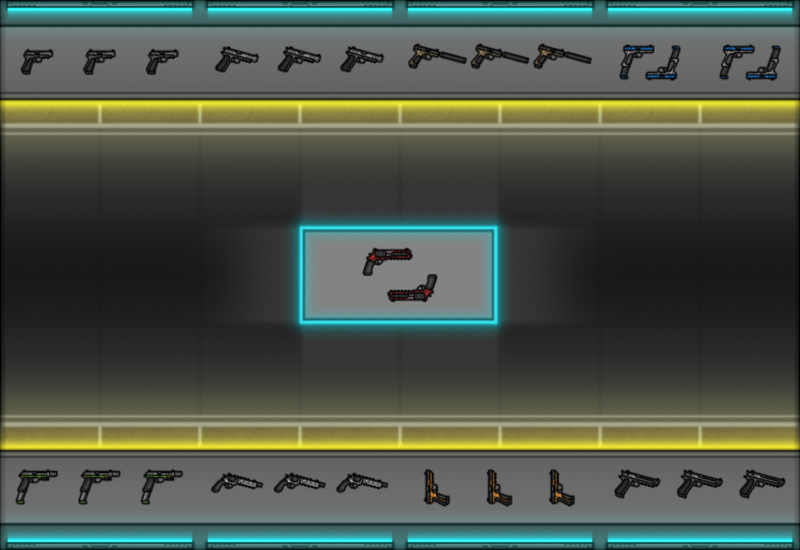 Middle ground between ARs and Pistols. They are lightweight, have high DPS and faster reload speed than most of ARs. But their lack of accuracy and moderate firepower quickly consumes ammunition. 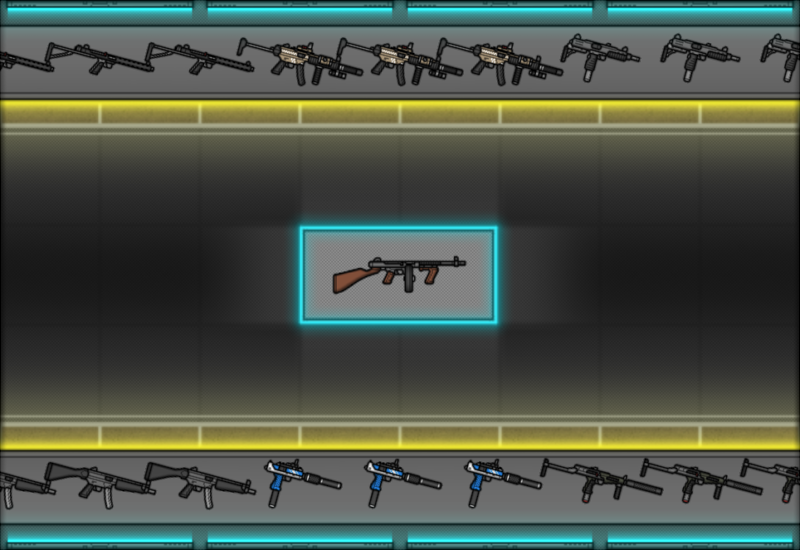 Standard workhorse. I think most of players will choose them because they are easier to handle. Therefore, this is the most variable group of weapons. 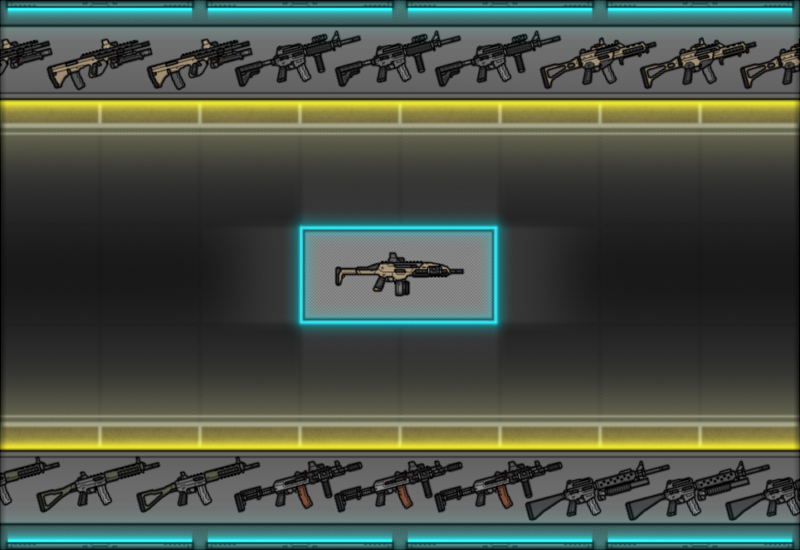 7.62 caliber rifles are in this group. These weapons have high damage but low ammo capacity. So you have to shoot precisely. Or you will run out of ammo too quickly. 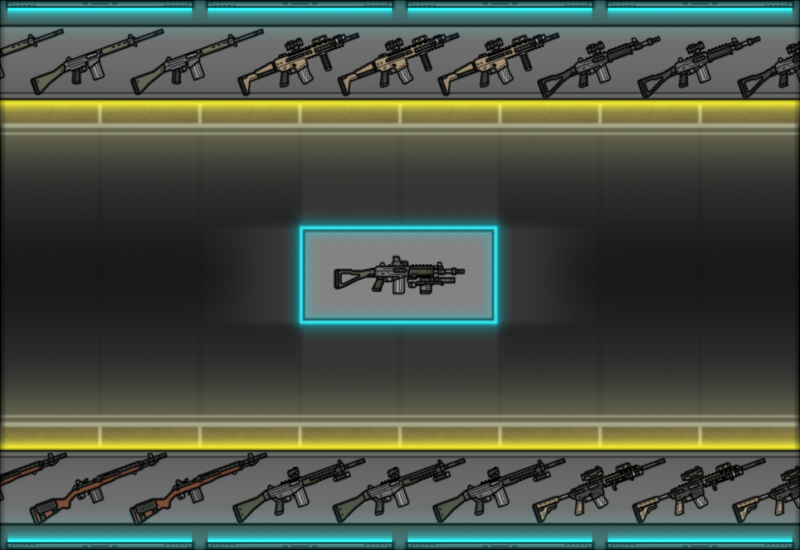 Large ammo box and firepower. They can keep fire pretty long time without reload. But long reload, low mobility and high recoil make this weapon devastating, but dangerous for player himself. 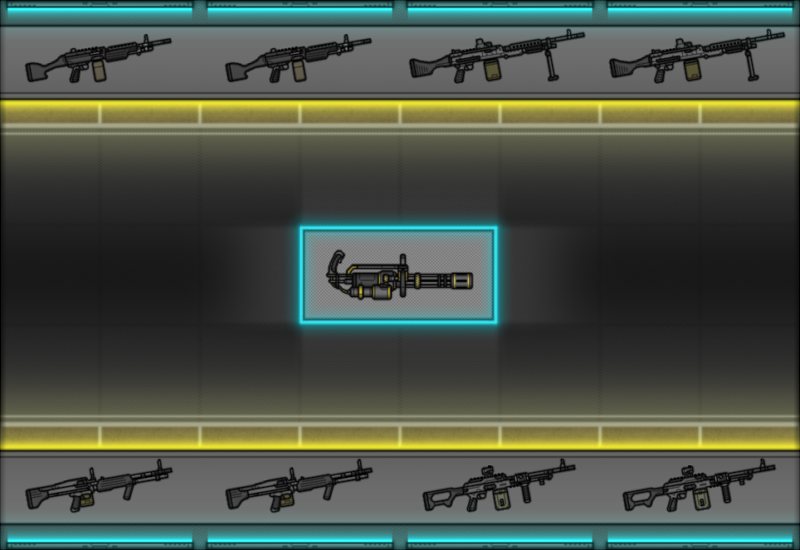 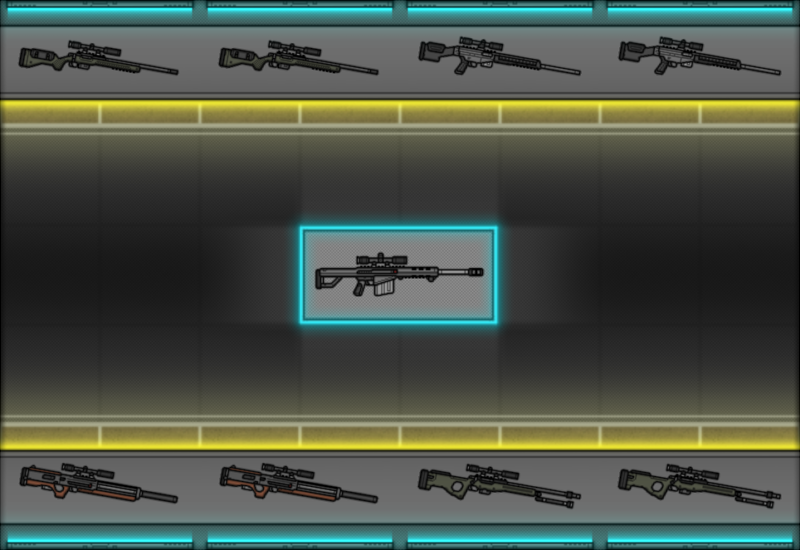 Close range beast. But unlike most games shotgun effective not only at close range, but also at more serious distances. 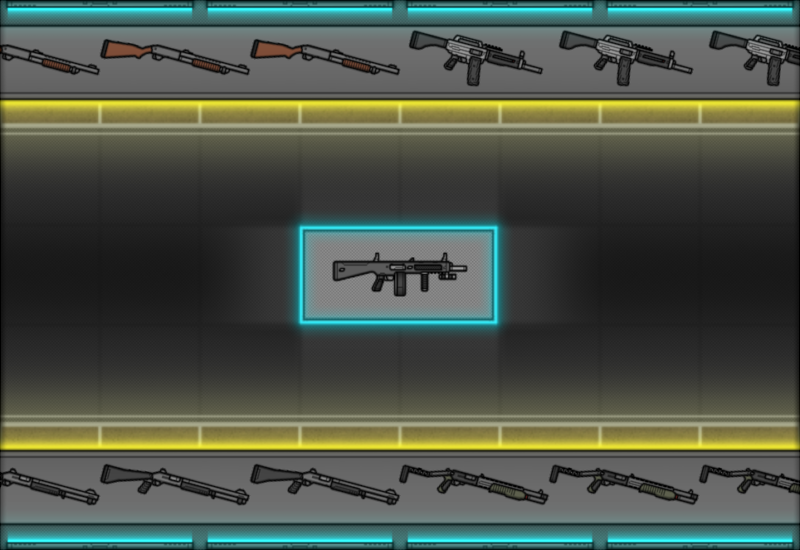 Special weapon. The most difficult to handle. As it requires a more serious approach to the choice of target and moment to attack. 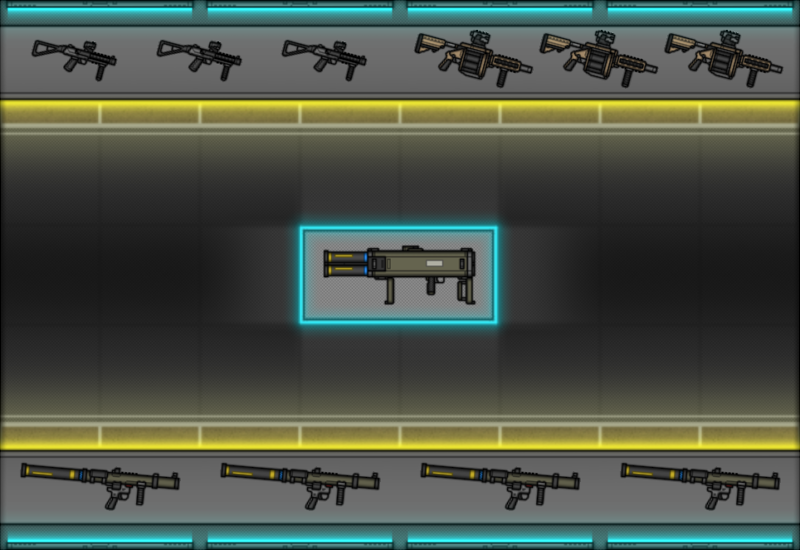 The caliber of the weapon is also taken into account. High caliber rifles have the ability to break through the target and kill several enemies in row.

When I was working on the weapons, my main goal was to make it useful. So every weapon in the game has purpose, advantages and disadvantages. One weapon hard to use, other more user friendly. But there is no useless weapon. So you can complete the game with standard pistol. If you want it.

That’s all for today, thanks for reading =)