Today, I will talk about setting and story of the game.

First of all, I would like to tell about Steam page.

The game is slowly but surely going to release, so you can add the game to your wish list here, if you are interested:
Steam storepage

Promoting part is done so let's return to the topic of today's dev note.
We will talk about setting and story of the game.

When I started this project I thought about military style shooter with a B class story plot. Like in old action movies.

You will blow things up from that thing too

I want action game without overcomplicated story and focusing on gloominess and drama. We have pretty enough of this in our life, so something lite and positive will be good for lifting player spirits.

Although, some characters have some kind of serious themes in their stories, but it's just additional information for player to find out more about each character.

At first, I started to think in a way of "Battlefield: Bad Company" style of story, but pretty soon I had an idea to make game about airsoft combat.

This setting greatly expands the boundaries of what is allowed for me to use in game. Pink LAVs, extravagant characters, comedy situations without any drop of blood...

Soon after that I thought, what if I will put this all in standard Anime or Manga like place as school? And then I was carried away...

Maybe I was carried away too much...

I like weapons and other military stuff, and also I have anime style academy. So how about to combine these things? Girls in uniform and military equipment with rifles on a training in Academy. Sounds good, am I right?

It was easy to find enough of art and cosplay to have inspiration for everything about the visual part and I start working on this. 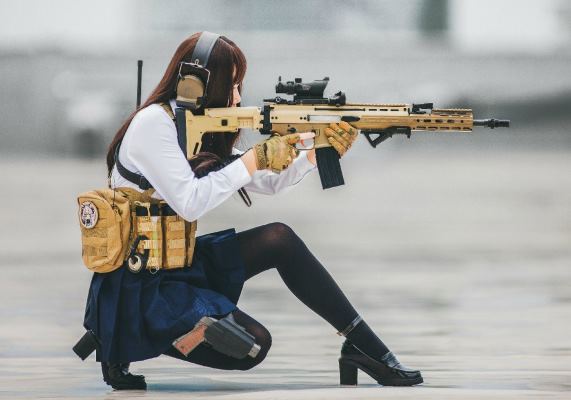 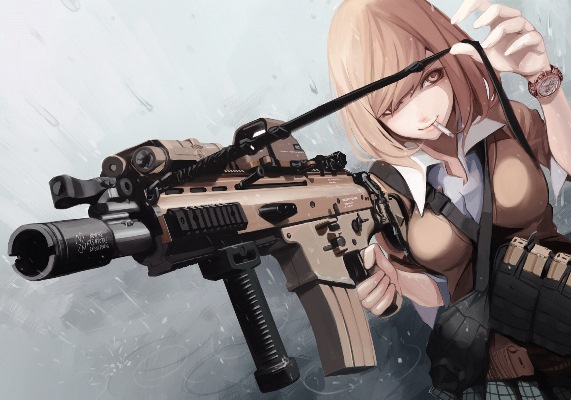 Big thanks to creators for pices of art like these

The main problem was that I wanted to make weapons as fun as possible. For this reason, I came with idea of AR glasses and combat training with the use of special weapons. So it allows me to add fire, bullets, shells and other stuff so it wouldn't look out of place.

The whole story was gathered around this setting and these elements. So player end up in a Military Academy on a distant island in his dorm room and preparing for his first study day. 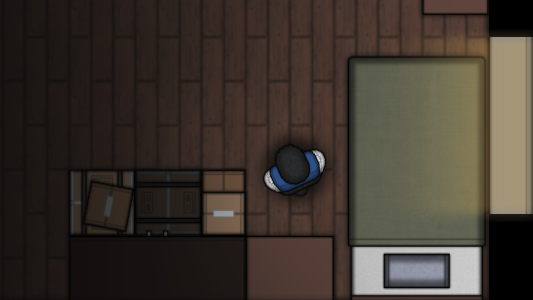 The main plot takes place in just one school week. So I need to connect all the events in a short period of time, and do it so that everything looked logical and without particularly obvious stupidity.

I don't want to make player do routine tasks, while he has a very important and urgent business. We know how important it is to find your son, not collect tons of garbage along the way, right?

Because of this problem, as well as my personal abilities, I had to give up part of the planned levels and the pink LAV. But even without it, you will find a large number of other things. And also you will find something that will replace the LAV...

It doesn't look so dangerous, but it's older brother will do the job...

I'll talk more about characters and stories in the future, but I have a few more topics before that. So stay tuned =)

Thanks for reading, see you in the next Dev Notes!