Happy Monday everyone! As we'd set out in our last post, this last week has mainly been tweaking and fixing things so it's gonna be a short blog entry today.

Other than balancing, we still have some populating to do in order to perfect the first section for release, right now it's still looking just a little bare bones and lonely. We've recently added some border town ruins, a boss hideout and more, but it still needs a few more hidden gems before it's ready.

The full map itself has now been finished. You'll find consumable map items around the world that will contain town locations to add as a marker on your interface. Maykol's just finished creating a unique item distribution system that will add these kinds of items throughout the world, which should give consistent allocations for all players and play-throughs (although some mods could change where each item would be). The trader's inventory fill algorithm has also been improved to give a better distribution of the items in the different containers. 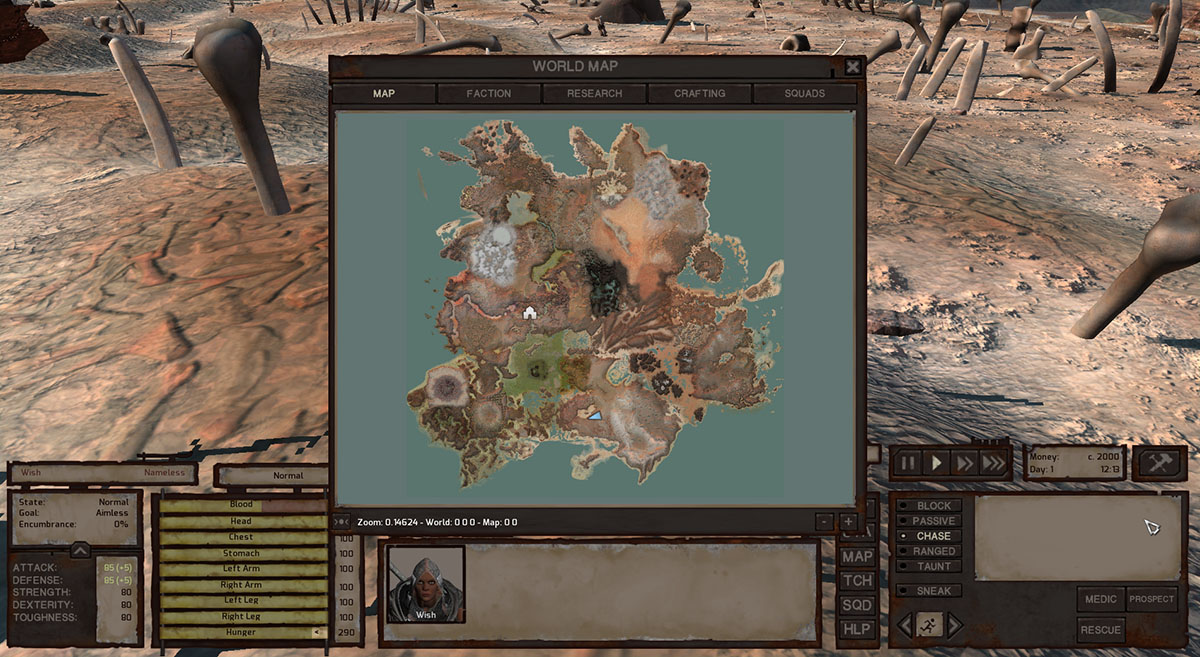 Some of you may have noticed that taming is marked as a luxury feature on our Trello page, this will only be added if we have the time and funding at a later date. However we have still been working on player controlled animals which you'll be able to buy from traders, this has mainly just involved adapting and fixing up the current squad menus such as the character editor, inventories, trading & looting, actions and portraits. Animal player characters should be finished in time for our 0.90 release.

All of our new character animations are now complete, we have positions for kneeling in worship or submission, using objects like machines and research benches, sleeping on the floor and other more realistic movements. See our fog man cannibal ritual in action below with the new animations!

In other news, this week will be Otto's last week with Lo-Fi Games as he goes back home to Sweden. Hopefully it won't be the last we hear from him, you'll be missed, Otto, good luck :)