The team's working hard on the new areas and quests which are all related to the next step in the main story line - the Institute of Tchort.

Hey guys. The team's working hard on the new areas and quests which are all related to the next step in the main story line - the Institute of Tchort. Here are some teaser screenshots: 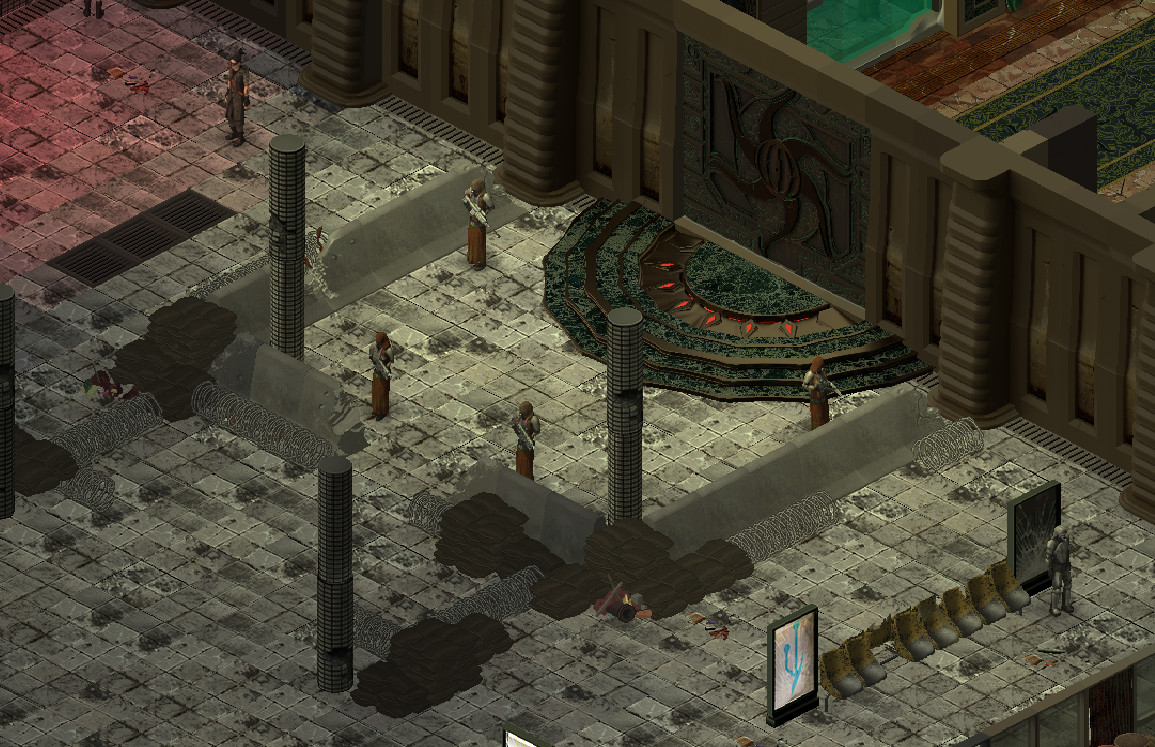 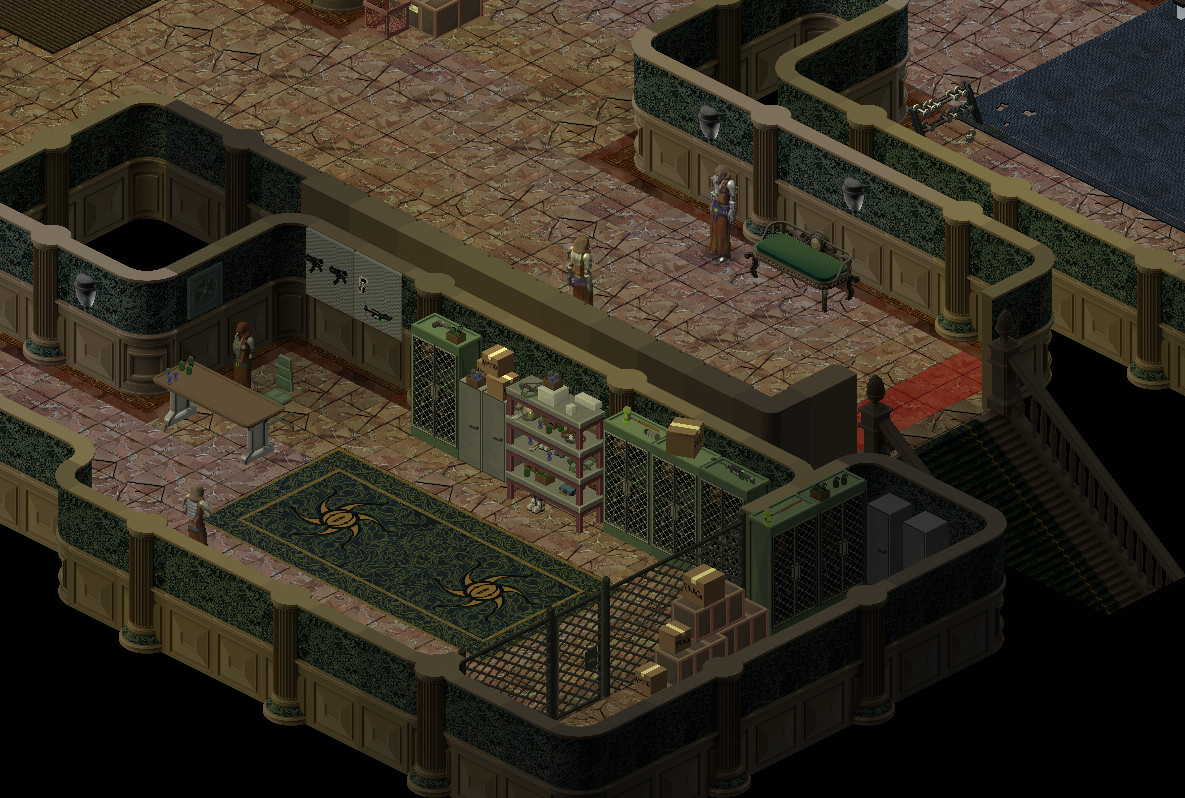 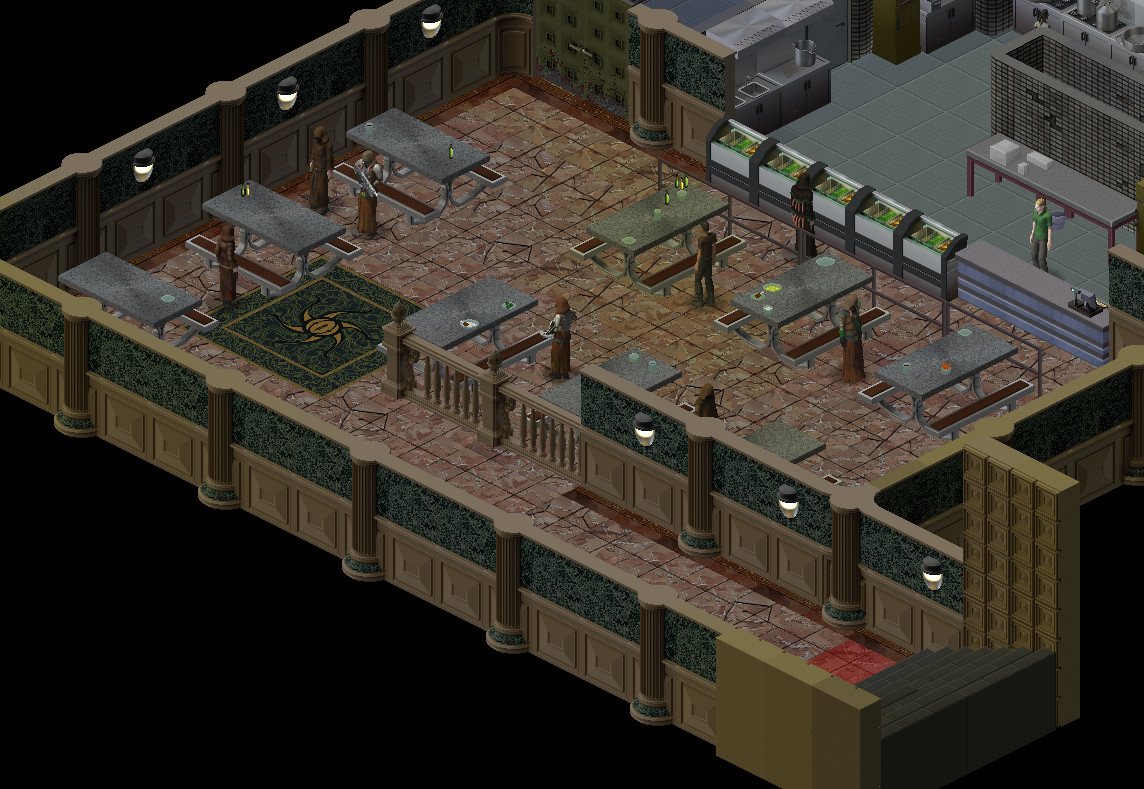 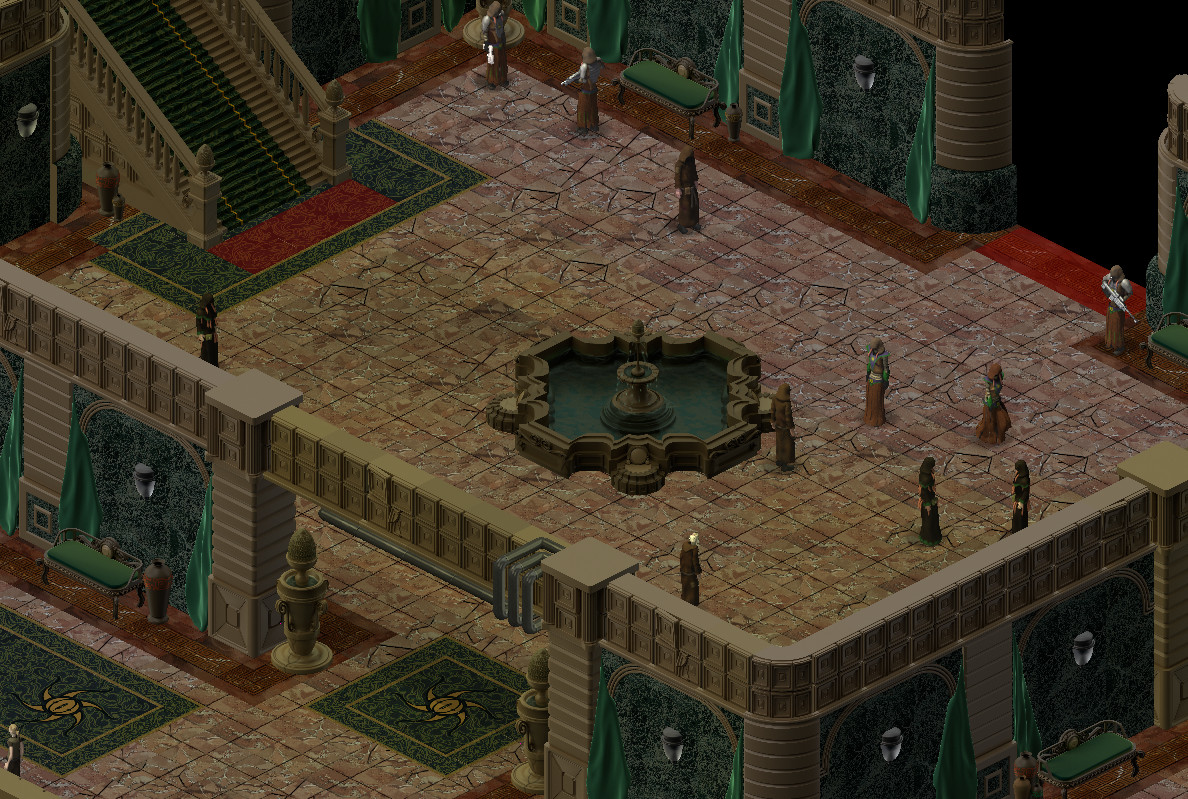 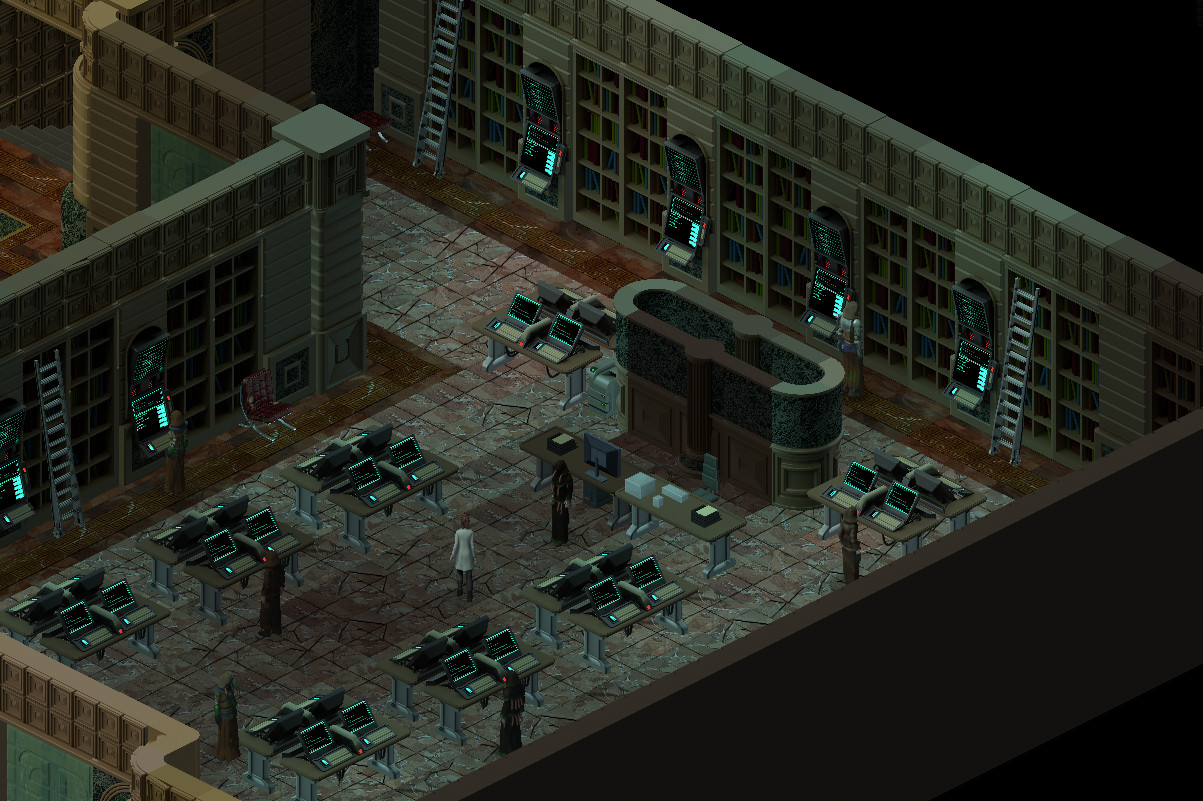 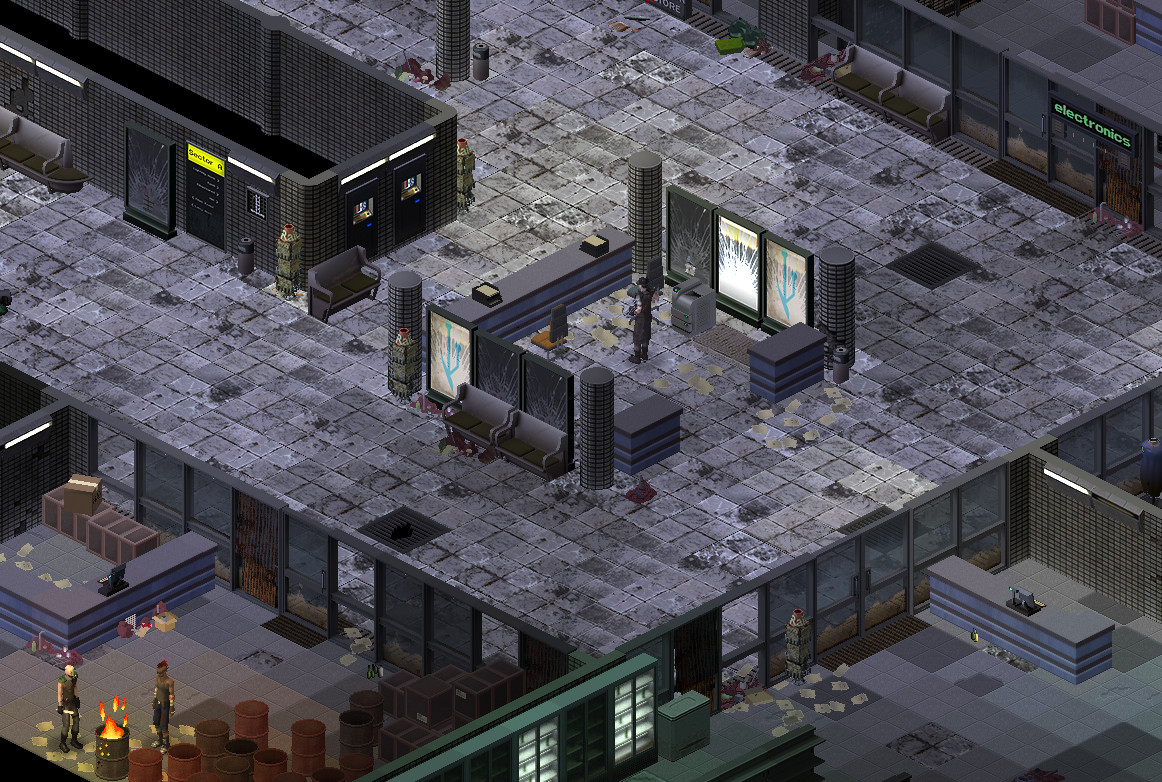 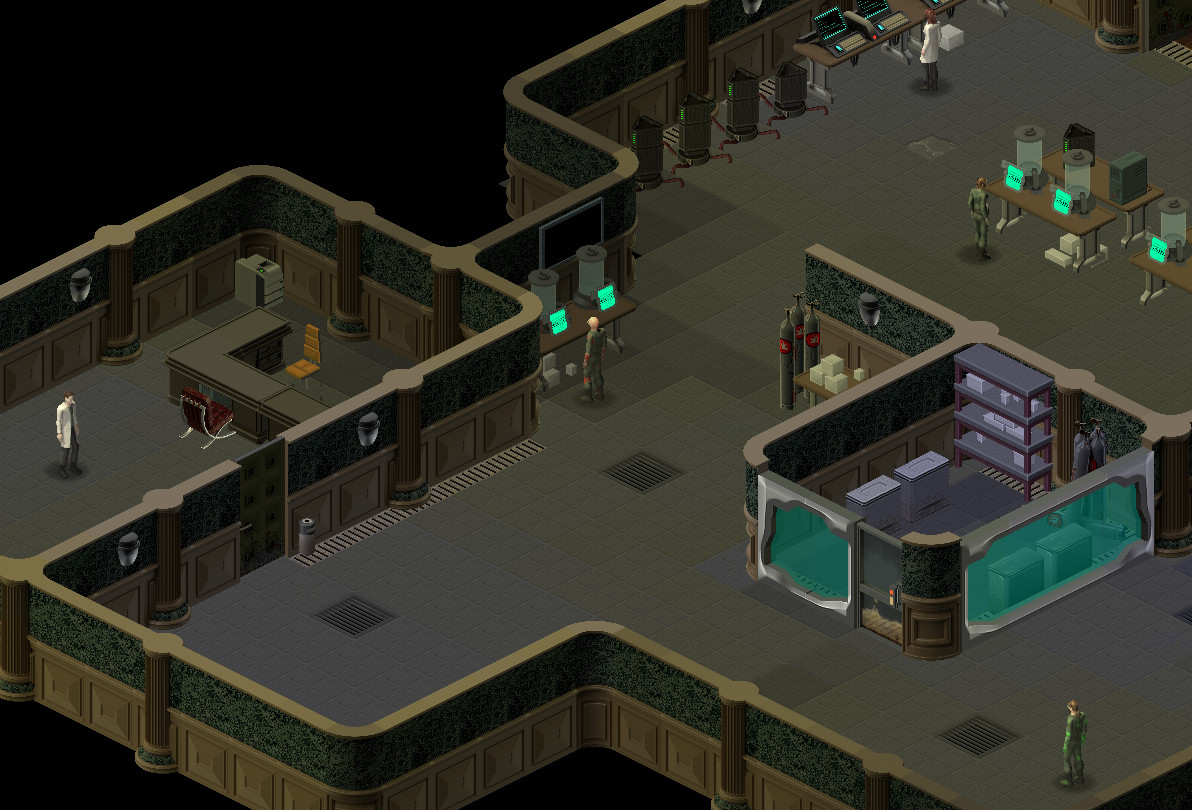 One major mechanical change I made since the last update is concerning the psi pool. Instead of functioning like a "mana" resource, the psi was changed to more of pre-alpha state when it functioned like an "energy" resource. Every character with Psi Empathy feat now has 100 psi points and regenerates 20 points per turn (or per 5 seconds in real time). Psi boosters now instantly restore 75 psi.

These changes were done for two reasons which tie into the same problem. One - they were meant to make the psi cost more relevant when choosing what to invoke. The cost of the psi abilities have been re-balanced accordingly - those abilities that were meant to be used as primary attacks, such as neural overload, cryokinesis and electrokinesis, have a low cost and can be spammed without running out of psi. However, those high impact abilities, such as bilocation and cryostasis can run you out of psi quickly.

The second reason, which is related to the first one, is to curb the multi-disciplined psi build. As it stands in the release version, builds that go for full psi can generally invest into all three schools of psi without much trouble because they all rely on the same base stat and also share a number of beneficial feats. This grants the player access to a large amount of crowd-control and AoE abilities that they can invoke in short 1-2 turn burst which makes most encounters a breeze. Now, however, the limited psi pool will keep that in check. You will still be able to spec in all the schools if you wish, but you won't be able to bring down the full power of all of them at the same time.

Another happy consequence of this change is that the psi builds will have easier time in early game because they won't have to worry about psi boosters as much. Now keep in mind that the numbers stated above are not set in stone. We haven't still done any extensive testing of this change so tweaks are likely to happen. Also, I'll probably introduce a couple of feats in the future that will allow the player to slightly expand the psi pool or increase the psi regeneration.

Music for the place called The Foundry by Josh Culler.

In other news, I've been working on various things related to crafting. Most of the planned components have been added to the standard blueprints. While I'll be adding more components before the game is released as well as some utility and consumable blueprints, there are no plans to add more general blueprints, such as those for a new type of weapon or armor. Keep in in mind that all the crafting stuff added here is crafting-only; that is - it does not appear in randomly generated loot. Also, most of these changes are not retroactive, so already obtained items in running games will be mostly unchanged. Anyway, here's the list: