Hi, if you didn't know, we are currently working on an Ancient Egypt horror game and want to share our development process with you! In this article, you will find out what our developer has been working on. He is using Unreal Engine 4 and writting in C++.

Today we show you some of what's been happening with the game development.

The first thing we usually do is make a Character and a Character Controller so we have some way to move around.

At this point out artists still haven't modelled the character so: 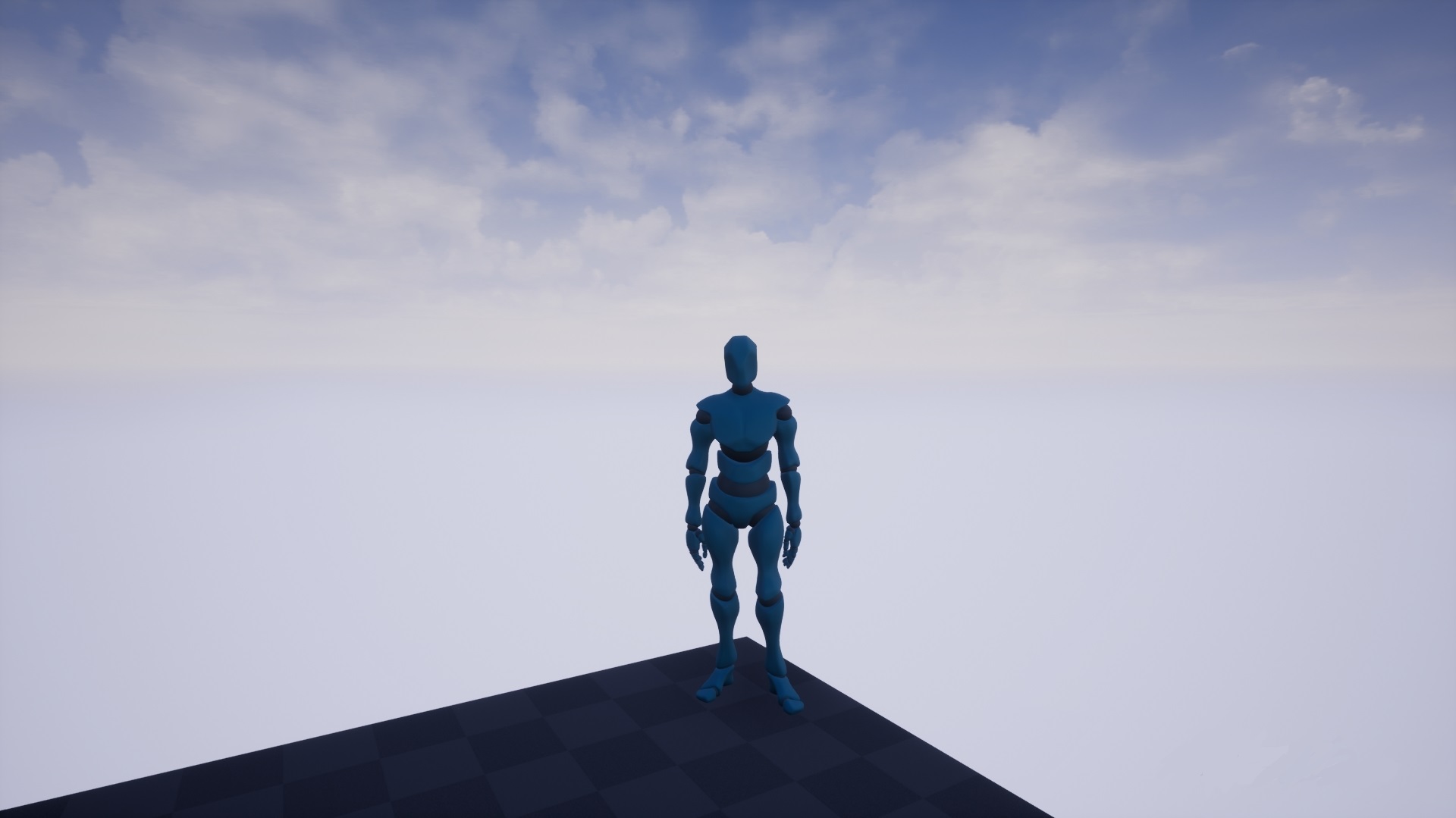 Chip will be used as our placeholder character while our artists finish modelling.

Inside UE4, it's actually not that hard to create a True First Person. All you need to do is move the camera to where your character head is and attach it to the character's head bone. This assures that the camera will always be in the same spot on the character, in this case, the head.

Now this adds a problem where when you character's head bone moves, with an animation, your camera also moves. Our solution? At the end of the Tick, add a method that adjusts the camera using our Character Controllers' rotation.

When everything is done, we finally have a moving character.

We also used a nice blendspace Unreal offers called Aim Offset, it allows for the character to move its head without moving the rest of the body, and can be used over any animation.

Our inputs come from the Character Controller and are sent to the character so it can actually move.

We made this this way because of our main mechanic: whenever you die, you possess another nearby character.

This way, all we had to do when the current possessed character died, is just change what character our controller is affecting.

After this, the character was mostly completed. So we started our next goal, puzzles.

One of our puzzle mechanics is the ability to push and pull boxes, so we started with that. It's a pretty simple idea!

Thank you for taking some of you time to read.