In this edition of Dev Log, I'll be talking about some more updates as well as new features.

Welcome to Dark Moonlight! An adventure RPG based around a particular young fighter who's trying to undo the damage caused by his father's past-reign of terror in the island of Sasayai(Uniteresting, maybe). Today, I'm going to update you on evrything I've added and changed since our last update plus I'll reveal some new features. And without me rambling on any more, let's get started with what I have to talk about. 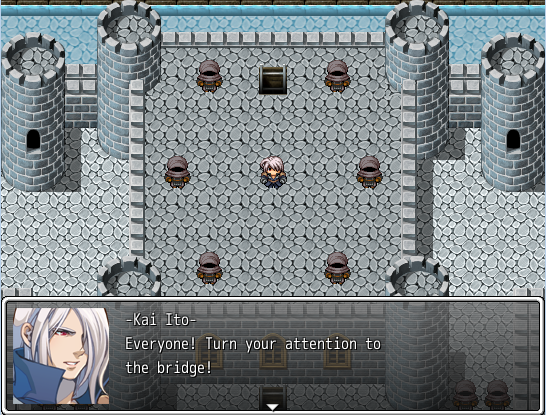 First off, I added the first major conflict you have with Kai Ito. After you complete Ryoko Town, you'll eneter upon the courtyard of Ryoko Castle, one of Kai Ito's many fortresses. Once you enter the courtyard, you are confronted by Kai ito and his men on the roof. After some chit-chat, he taunts you to come inside. Once you enter the actual castle, you'll find that it is crawling with Kage Troop grunts, along with some random encounters of blobs and bats. While inside, you will need to find the 3 Cintrol Keys in order to move on to the next task. These are scattered around the castle, so be watchful. Once you defeat all of the enmies and obtain all 3 Control Keys, you can head up to the rooftop and finally confront Kai Ito. The rest is secret, you'll just have to wait.

I've added in pubs to most areas, which can be found near Inns. These pubs will be like any other, the bartender will sell you alcohol even though Kiyoshi is underage(Note: I do not condone nor endorse underage drinking). However, consuming the drinks you buy from pubs will afflict you with certain status aliments that may last into a battle. They will also drain HP. You can enter the backrooms of these pubs and find some hidden documents useful to the story. Do note that when you enter the backrooms, you can not reenter the pub from the same door you came into the backroom with. You must exit out the backdoor and reenter from the frontdoor. Other than that, that's all I've updated. 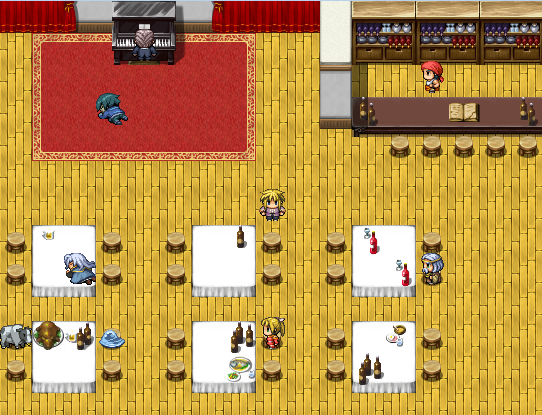 Along with some new features, I updated the menu from the basic RMVXA menu to a more interactive one. I did this using Nicke's Menu Delux script(which can be found here). It adds a few new options such as spells, collected items counter, step counter, game time, battle count, and more. It also has a quicksave and quickload function. This adds more interactivity aside from the basic menu. 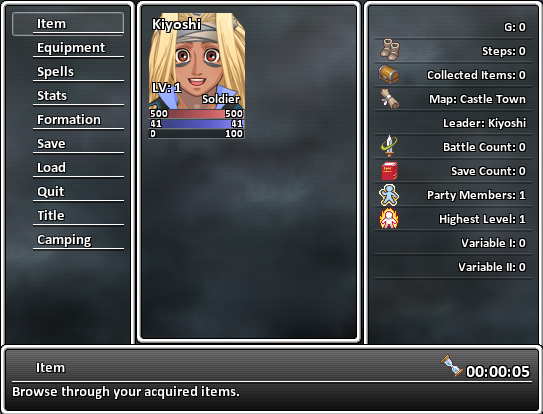 Up next, I'll work on adding a quests system were you can take up quests in order to gain EXP and items, along with gold and other things. Some of these quest will affect the story, so they will play an important role in the game.

If you want updates as soon as they happen, be sure to follow me on Twitter, you can also track Dark Moonlight on IndieDB. If you have any questions regarding Dark Moonlight and its development, feel free to ask me on Twitter or on IndieDB and I'll try to reply as soon as I can. All feedback is appreciated and greatly helps Dark Moonlight get finished quicker when I know that people are liking the game and helping me fix bugs and glitches, as well as giving us their ideas and suggestions for the game. Have a great day!

Follow our blog to get updates as soon as they happen!

Help us rise in popularity!