My first Dev Log about how the development of ZOE started.

Hi Indie DB people! My name's Graeme, I'm an animator and I've been working on my first game project, ZOE, for a couple of years now in my spare time. I thought I'd share a few of the dev logs here that I've written along the way, documenting my progress and struggles with the project. Here's the first one from December 2017...

This year my spare time has been mainly about figuring out how to make games, at least when I’m not playing them. Or thinking about them. Or watching stuff about them. I’m obsessed really, which is why it’s ridiculous that it’s taken me so long to come to the conclusion that I should be making one.

Turns out it's a bit hard to do that tho, so here I shall document my struggles!

At the start of the year I bought myself a copy of the latest version of Game Maker Studio and got to work on some tutorials by the likes of Shaun Spalding and Gloomy Toad on Youtube. These guys, and I’m sure others, are great at taking you through the code and explaining what’s what. It’s extremely daunting at first for someone with zero experience with coding, but concepts and thought processes are slowly sinking in now, and I can start to go off the beaten track a bit and implement ideas of my own, albeit sloppily and inefficiently.

Having followed the Gloomy Toad platformer tutorial until there were no more videos left (footage of the results above) I felt able to adapt that code into my first idea for a Shmup - a Defender style game with a Zoetrope (my other obsession) twist! The idea being that the player slowly builds up the Zoetrope style animation by activating the frames, while fending off enemies, and then takes on a Boss fight at the end of the level as they accelerate to the right speed for the Zoetrope to come into effetc, providing a lovely animated backdrop for all the violence.

I got the general concept of it working relatively easily (probably about three weeks of struggle that a programmer could’ve done in a day) - you can get the general idea in the video above, probably best to full screen it as the Zoetroipe effect isn’t too clear when small. The feel and theme and context of it all was a complete mess tho, so I took a break from the coding side of things for a bit to try and nail down the visuals and come up with some sort of background and context for the game mechanics. 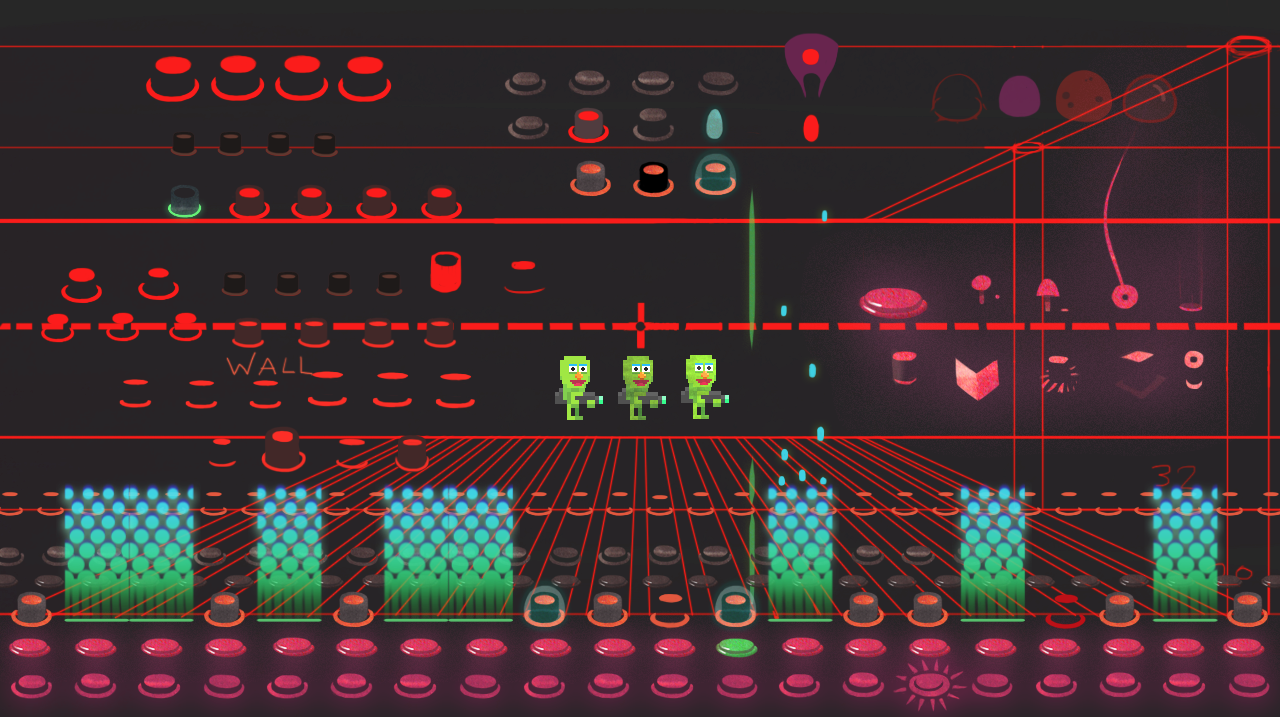 Hux (from the tutorial) made a comeback for a bit, and I cooked up some silly idea in my head that he was trying to stop an invasion of his planet or something by activating a defence system that happened to work very much like a Zoetrope. Pretty stupid, but it helped me push the visuals forward a bit (and away from the confines of pixel art, which was limiting my thinking a bit I think), and I also took a bit of inspiration from a lovely feeling, looking and sounding game called Gonner, by trying to simplify and clean up the visuals. Which in turn led me to just stick in some frames of an actual Zoetrope I’d made, to see how it might look. 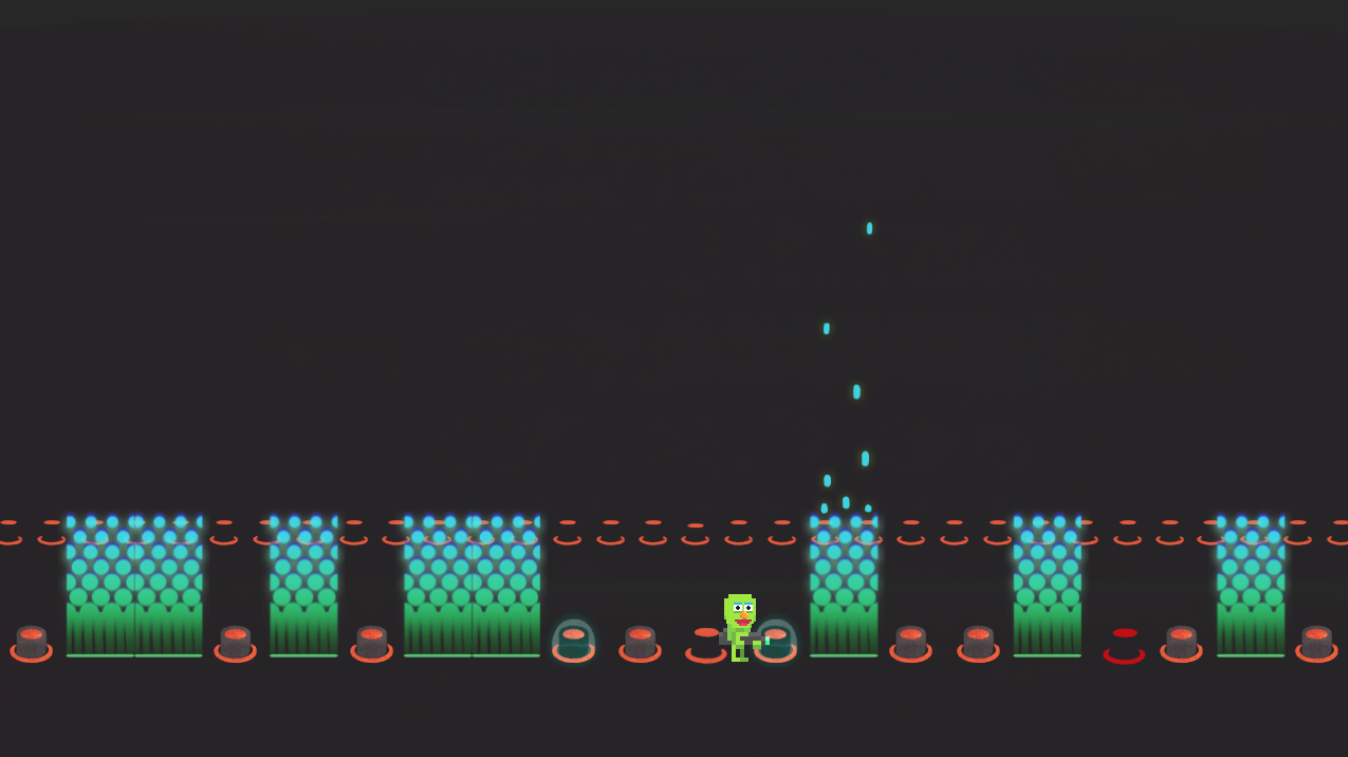 It was getting better, but still felt wrong and a bit forced to me. I feel like someting has clicked into place now tho, with the latest complete overhaul of the visuals. The aforementioned Zoetrope frame I used was from this Zoetrope I made a few years ago, which was essentially utilising an enlarged version of the drawn on film technique that animator's like Norman McLaren were experimenting with in the 1930's and 40's, and which prompted me to look at the kinds of visual styles they were using back then.

This is as far as I’ve got so far, but it feels like I’ve landed on a good style - it’s unique as far as games go (to my knowledge), it’s nice and abstract so I don’t really need to worry about bothersome story and stuff, and it fits the Zoetrope concept really well!