A development diary shedding some light on our processes, this time dialogue boxes.

Posted by DeadCellGames on Aug 5th, 2015

Just like on recent updates, our main focus (programming wise) has been the development of the HUD, between other things. After several sessions of discussion, designing, erasing, and designing again, we finally came up with a good looking interface that suits the style of our game and will hopefully accompany you through the journey with our heroes. 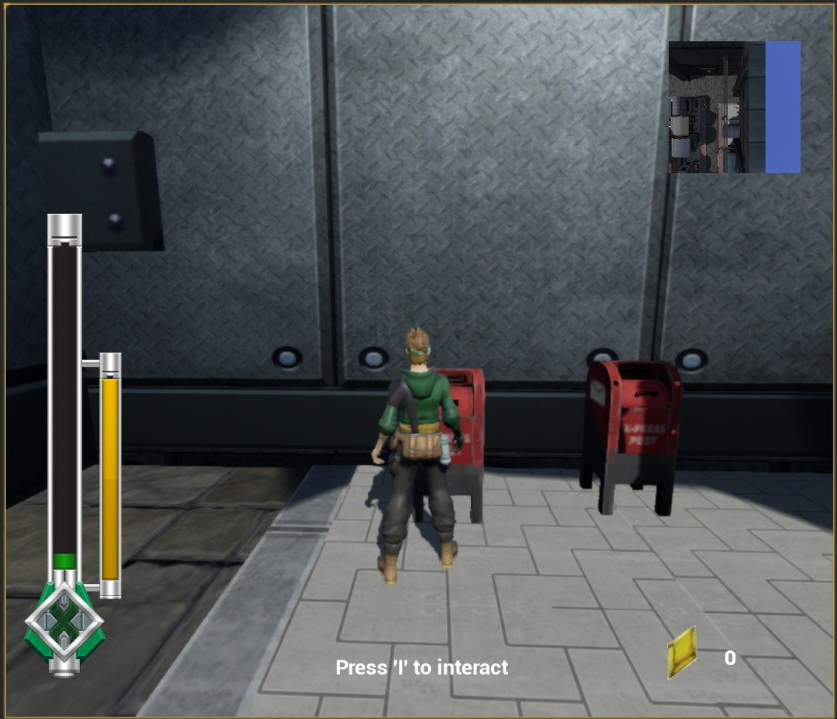 That is just the beginning of our work on the HUD, but I think is one of the most important parts. As you can see on the screenshot above, there are several elements that define our user interface:

There are definitely some improvements we have in mind for the HUD, graphics wise, like changing the icon of the maalite counter and prettying up the minimap (like adding a frame on top of it).

The last addition to the current version of the HUD is the interaction text at the bottom, which is a dynamic text that changes according to the possible actions the character has when interacting with an object. We are aiming to have interactions not just by pressing buttons, but also by executing easier or more complicated actions, like on this case, our sweet mailbox has a proximity sensor that triggers the text and reveals to the user a possible action to be executed while standing in front of it.

To add more fun to our game, we have allowed the mailbox to talk to our character, since this is a world in construction, we want Vance to have somebody to talk to, even though the only reply is going to be (for the time being) “You have no letters to send”. 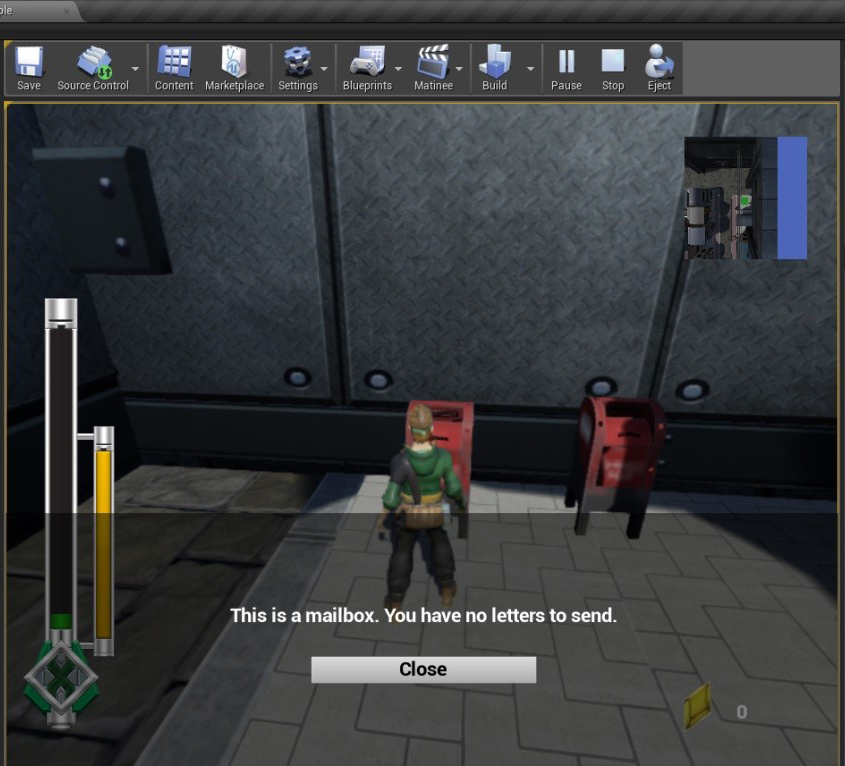 This may seem easy to achieve in Unreal Engine, and to be honest, it is, up to some degree, but there is more to it than just adding nodes to the blueprints and connecting them to show a text on screen, at least for us (we wanted to use instead “Lorem ipsum” but unfortunately Vance doesn’t speak Latin L ).

The idea, from a programmer perspective (probably just my perspective), is to automate certain processes or make them easier, like changing the text depending on the player’s input or having a decision tree (I’m pretty sure most of the games out there already have something like this, but to us is something important, being this our first development, and to be honest is not like reinventing the wheel, but more like accommodating it to our needs). We have looked into different blueprint packages offered on the market place of Unreal, and even though we don’t find one that suits our project 100%, they have given us pretty cool ideas to implement in our game.

We feel like kids in a candy store, discovering features every day on UE that we can use and make our lives easier and the game better, and we experiment with different things that could bring our project to the next level, like adding entry animations to the objects in the dialogue box shown above. Unfortunately, we can’t share that with you just yet, as we are making some improvements, but stay put because more exciting updates are on their way!