Insight into soundtrack creation. Comparison of early and current versions of a song.

Cool fact for today - music for Elfscape: Ancestors is being composed by our game designer and story writer, Adam. Because of that, the individual tracks are well tailored for the levels they are in. And also, we can bring you some insight into the soundtrack creation - today, we’ll show you a comparison of 2 versions of one song (its working name is “techno-bells”).

This is the first (early) version. You can hear that the drum kick is too heavy. It’s not leaving enough space for the other instruments, so the whole song is kind of muddy and clumsy. 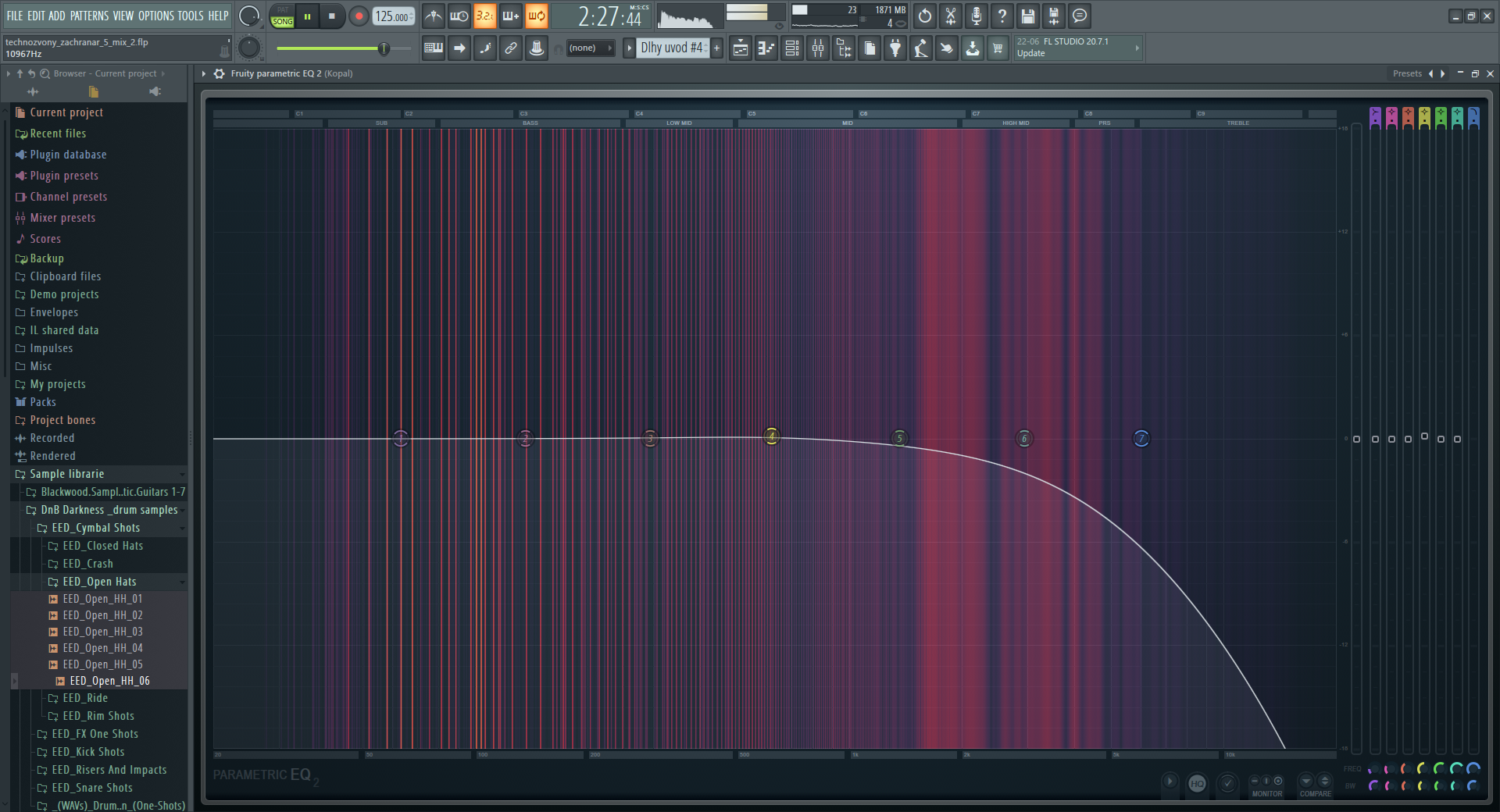 The red lines represent frequencies that are currently used. This is a screenshot capturing usage of frequencies when the drum kick hits. You can see it is occupying space on all frequencies, making the song muddy.

The second (better) version of the song. Drum kick has been changed to the new, lighter version. The song is breathing more, it has more space for other instruments and the instruments are more articulated. 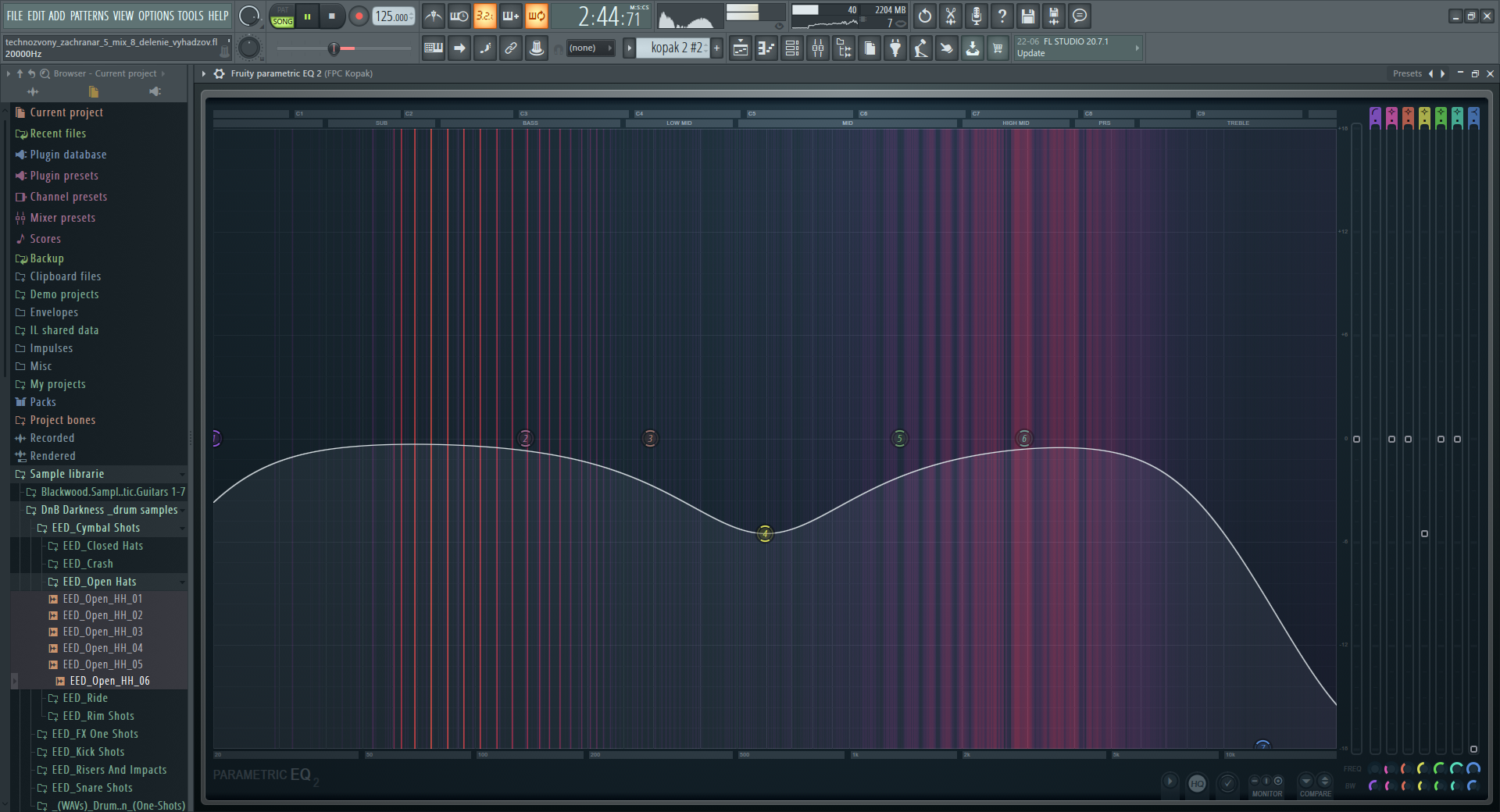 Screenshot from usage of drum kick in the current version - you can easily see the reduced usage of frequencies.

Music in game will be adaptive - that means it will change according to your progression in game.