A short chronicle of the many iterations made to get a nice and vibrant environment in The Steampunk League.

Hello guys and welcome to a new Dev Diary!

Today we'll talk about the environment creation process in The Steampunk League. This will be limited to lighting and the environment for the Wardenclyffe level, but it's works well with the any type of environment.


In the previous version of The Steampunk League, where we chose to use an orbital third person camera: 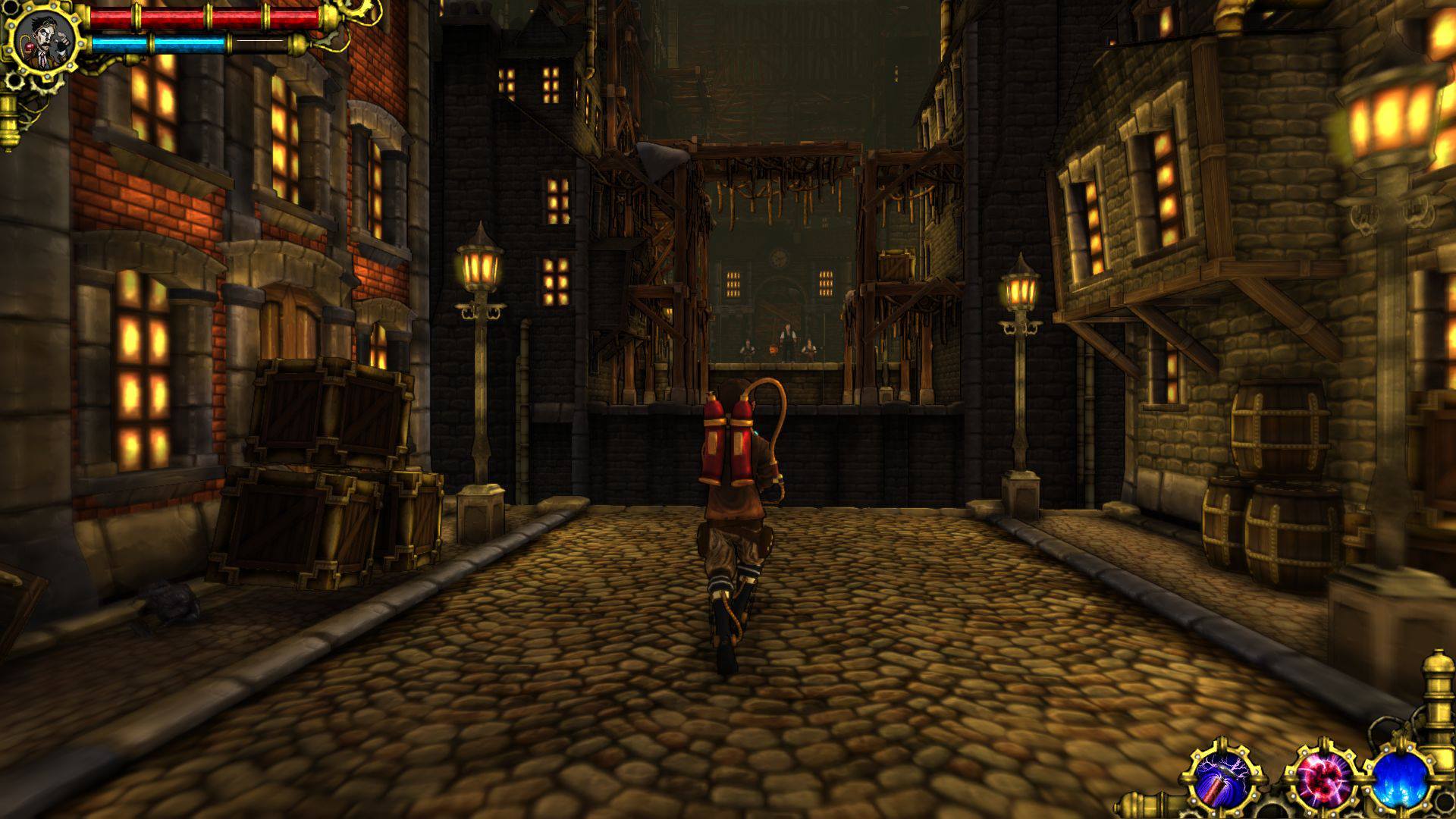 But, since we had to rewrite the whole game and Unity is not as powerful as UDK, we decided to try a different style: handpainted models with a bird's eye camera.


Developing the whole game from scratch and changing the camera system also determined a total rework of the graphic assets. As already said, we opted for the handpainted technique: very lowpoly models with ultradetailed textures.

Also the shadows are hardpainted in those textures, enhancing the graphic result with a strong light and shade effect.


However, we still need to improve the overall lighting. We found that in some cases the global illumination isn't enough, so we're trying various configurations to reach the best result.


This is one of the darkest areas in the whole game. How would you feel to walk in this almost Eternal Darkness?

Tell us your impressions or anything that could help us to improve the game more and more!

Thank you guys and keep following us!

Thank you! Keep following us!