How to cut off half a game and successfully remake it!

It's not with joy that a July start.

New month, new troubles. After jam's failure i understood that i really wanna make it to the end. At first i planned to make a small game within a month but in early July it started to grow into something bigger. And that's where the troubles came.

See, there was an expedition feature.

Yeah, it was pretty fun to explore the world, gather resources, take quests, etc. You could camp, could manage caravan's resources, oh god, there were a whole bunch of random events... which needed to be translated.
As you might have guessed english is not my native language. I had calculated traslation cost for expedition events (which just a part of game) and it turned to be too expensive for solo indie developer.

Expeditions were a huge part of a game. Besides the game was designed around them. The goal of the game was to reach the southernmost point of the desert. No expeditions, no core gameplay loop, no game at all. I couldn't just cut it off or even reduce. That's how i thought but something has had to be done anyway. 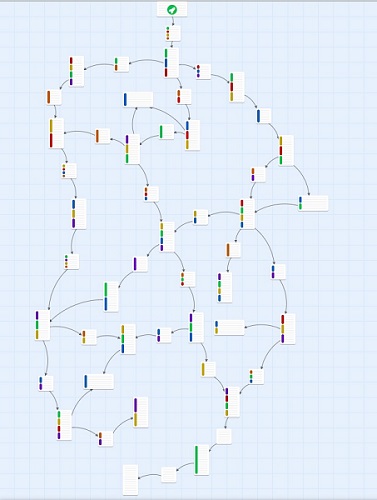 «How can i change events to reduce translation cost? Or maybe doesn't make a translation at all?» — i spent couple of days delaying the inevitable decision. I didn't want to rethinking game loop, I wasn't sure that I could make everything right. These were difficult days. Suddenly it felt much easier for me to accept the idea of reinventing the game. 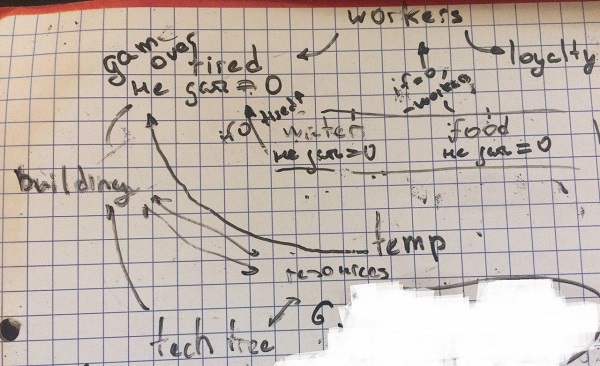 I started with a new core game loop. It was not so hard as i thought. Actually it was pretty easy.

And this is only a small part of what i made. In fact, game began to look better after the redesign. Now there are branched tech tree, market to trade, seven types of storms, dozens random events, dialog tree, etc. Sometimes you have to make hard decisions beacuse there is no other way.

July came to an end and i started to think about steam.