In the last update we introduced some big features like open world streaming, new dialogue system, new and more detailed terrain as well as our new water solution.

Since then much of our time has been spent on polishing these features and integrating them with the current project beyond our evaluation efforts.

Aside from that we managed to get some other significant items done including some game balancing.

It took me a few weeks, but I have redesigned much of the code in Lord Of Decay to conform to a Model View Controller (MVC) software architecture. Software architectures are a way of organising program code to promote code reuse, provide separation of behaviour and structure, reduce the amount of code required, encourage modularity, etc.
In truth the implementation looks a little more like Mode View View-Model (MVVM) due to how Unity instantiates objects in it's component-based system.

I won't bore you with all the details. Here are just a few of the benefits the new architecture provides.

You may recall that I did a major code refactor earlier in the year. That was the first part in a two-part process. I do not expect to have to do this again.

I have completed the first pass of the save/load system which is a huge load off my mind as this was the one feature I was unsure that I could actually deliver. Now, more than ever, I feel we can complete this project and do it well.

This also means that the checkpoint shrines released in the Closed Pre-Alpha will disappear in favour of a hard save system as you would find in Skyrim or The Witcher 3. It follows that you will have a Quick Save and Auto Save slot too.

A Final Death for Undead Animals

I know some of you really wanted to see undead animals play a bigger part in Lord Of Decay. We even had some interesting conversations with you on the forum, but sadly we have decided to remove undead animals altogether :(

It has become much too difficult to balance the story, character progression, convincing animations and it even introduced some complications with Flesh Crafting.

It was a hard decision to make, but it was the right one.

Initially we decided that each weapon would yield a certain amount of blood and each character would have a different amount of blood based on whether or not they they were undead or alive.

This looked good on paper and promised some interesting and dynamic results, but turned out to be unnecessarily complex and ultimately annoying.

For example, it could take a very long time to fill the Blood Meter if you are using the staff when combating a horde of undead which turns out to be no fun.

The Blood Meter will now reach it's full state upon:

It became obvious during the Closed Pre-Alpha that some users struggled to play the game and keep an eye on their Blood Meter at the same time.
Truth be told even I sometimes forget that it's there :$

We've been experimenting with adding some other queues to draw attention to the fact the Blood Meter is full and you can now use a Blood Skill or summon your Abomination.

Scott has added some veins to the Blood Meter to make it stand out from the other bars. We then added an animated red border that pulses along with a heartbeat audio clip when the meter is full.
I think this is a step in the right direction, but I'm also experimenting with blood particle effects on the weapon when the Blood Meter is full. 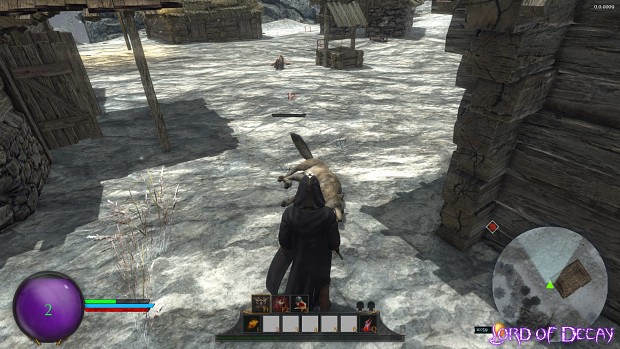 In the Easter Pre-Alpha we showed off how the zombie can be customised with body parts that you pick up from dead enemies. We have now enabled Flesh Crafting for the remaining undead minions including the Brute Abomination to complete your horde.

Scott is currently working on making some more convincing textures for all minions that best expresses the combat effects i.e. Fire, Frost, Shock, Disease and Death.
NOTE: We changed Poison to Disease based on the feedback we got on the forum as users felt that "Disease" better fit the necromancer theme. 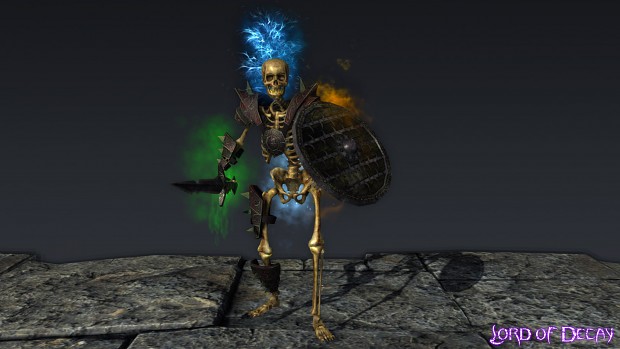 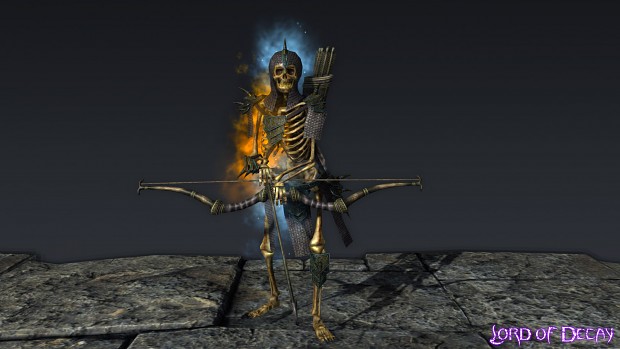 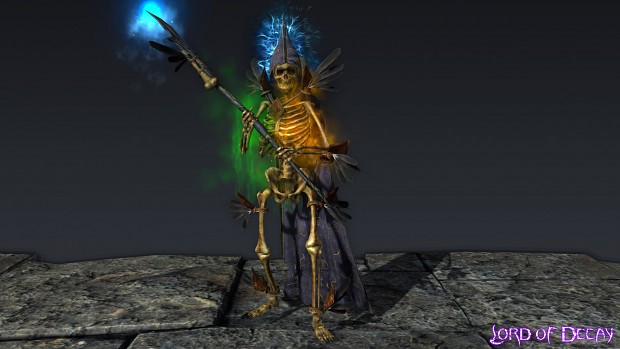 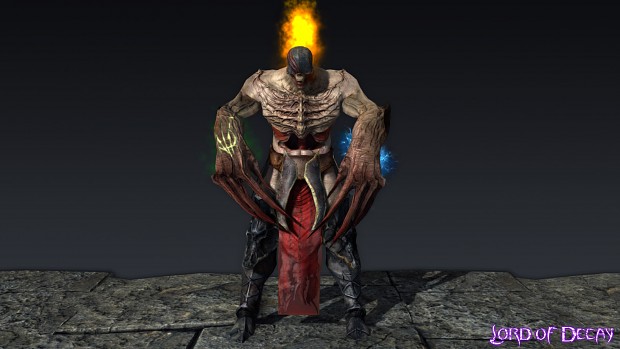 We also fixed the bug that allowed you to equip Holy body parts to your minions. Holy damage is especially harmful to the undead and it would literally drain their unlife the moment it was attached:)

Thanks to those who reported this bug on the forum.

Audio is one of those game systems that has not received much love. If you've played the Pre-Alpha you may have noticed that many of the sound effects and voices sound canned and don't provide much variety.
Any given character could only have one sound clip per event e.g. 1 x hit, 1 x death, 1 x enemy sighted, etc. It goes without saying that this can make the game sound a little monotonous.

I recently created a new library for voices which permits us to provide one or more sound clips for any character that are randomly selected by event. For example, we can add many "ouch" sound clips for the player, zombie, wolf, etc. This provides us with a much more diverse and varied audio experience.

I then further extended this system to be able to optionally pitch shift any of these sound clips for that will allow us to get the most out of every audio clip.

That wraps it up for another update.