This week the difficulty was addressed because it was brought to my attention that it is very easy.

The main thing dealt with this week is the difficulty. Graphics guy Dan played Miner Threat through and said it was uber easy, so now there are 3 major points that make it harder.

This means that you must kill a minimum of 100 enemies to actually beat the game, no running through everything. But even then, only killing 100 enemies doesn't get you many points. The biggest problem was friendly fire, you could farm. But now you can't. I heard an argument that you can't fight the enemies because of always getting shot with no way to avoid. That may have been true originally, but enemy shooting patterns have been made linear so you can predict when they pull the trigger. 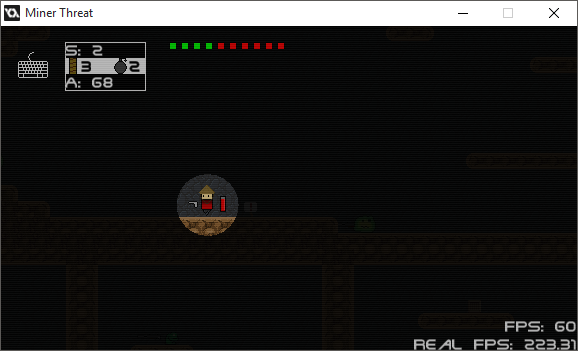 That photo is actually pretty funny. Notice how the player is still moving, but I have to stop to open up snipping tool or ShareX to take the shot. I'm playing around in the level, then the game freezes. I just can't even. It's never froze on me before, after hundreds of hours playing it, but it did. I'm thinking that could be an engine issue one-time thing; so I won't look into it unless it happens again. The window was still responding, the game was just done.

You may notice the green/red at the top. That represents the ten keys you need to move on. Each enemy killed drops one key. Funny enough, that display is actually off center, so I need to fix that. It's not the greatest display, but it allows you to very quickly identify the number using the contrast between green and red.

On a sidenote, you can see the new tileset introduced. Formerly, there was one tileset the whole game, there is now 3. This being the second.

Now, I kid you not, while writing this very blog I played it again to get some gifs and screenshots, and it froze again. Yes, time to look into that. So that's a thing...

Another big thing is I began work on the final cutscene-ish part. Normally I don't show in-engine stuff, but it's not even at the point of being in game, so here it is. Let me know what you think. 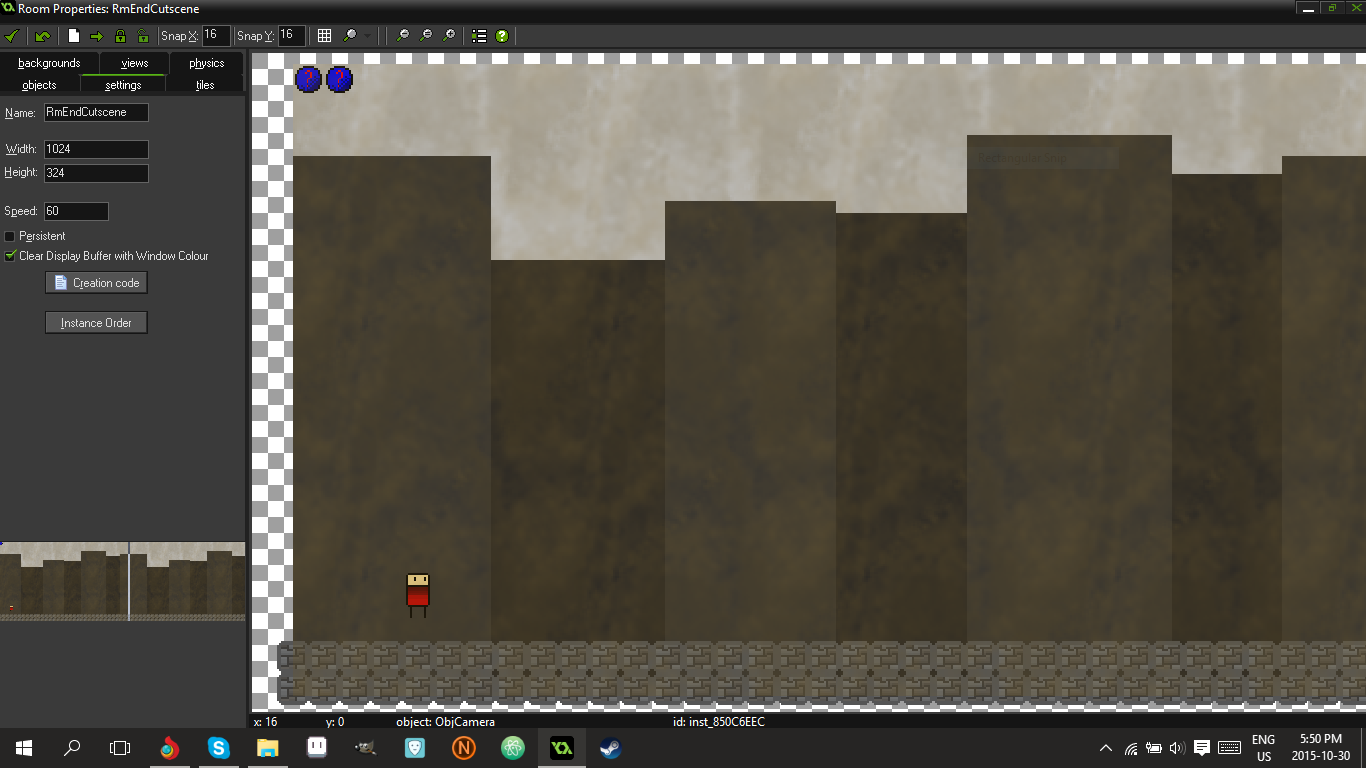 I just noticed I have the virtual keyboard button on my taskbar; I'm using a laptop so that's kind of useless...

And one last thing just because I like you guys is an ACTION SHOT (Explosions and killing enemies.)

Yes, I have brought gifs back because gifs are dope.

One last thing, remember that we take hat suggestions and general game suggestions. Say anything you want about it. Try not to flame though, that's Ryan's job.