Out of all the cool things this week, the minimap definitely takes the prize.

Now that you're all hyped for the minimap, I'll explain it first. It's a simple map that mostly shows you where you've been in the level, but it can be useful for pinpointing your position; however, the minimap is actually a side benefit for another thing I did this week. 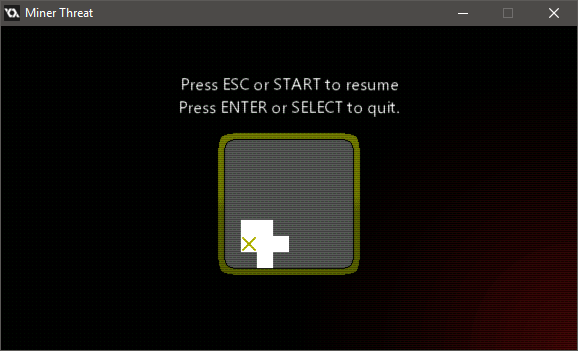 As a side note, the pause menu has been slightly improved, as you can see there is an actual background now. (Even though it's just a gradient...)

As for that other thing, the chunks you've not been to (Or next to) are now black. This feature is largely experimental, meaning there is a decent chance I will remove it if it becomes a big hassle. As of right now they are super crude, but you get the idea. 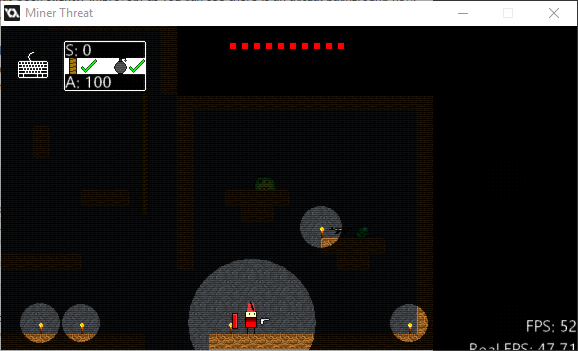 This really just means you can't see chunks you've not been to. I did say that the minimap was a side bonus of this, and that this may be removed, but if this is removed, the minimap will stay regardless. So this is an iffy feature, the minimap is not.

You have already noticed this, but instead of showing a 0 when bombs and ropes are ready, you get a checkmark when the countdown is done now.

The next thing on the list is that the camera has been slowed down quite a bit, and it is now closer to the player because Dan pointed out that if you hit left and right a bunch the screen rattles quite terribly. Not anymore...

This isn't as major a thing as the last ones, but Dan also redid the balloon sprite, and it looks pretty cool now. 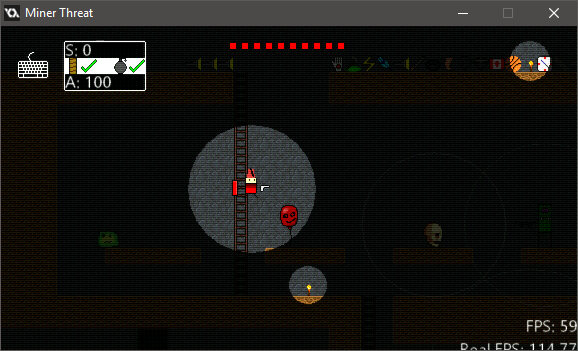 And I guess another thing I did was fix the exit from each level spawning, so that's good.

Anyway, that's about it for the stuff that isn't behind the scenes this week, so see you next week.