After a fairly long break we decided to change the way we bring news to the community, so here's the first of our new Dev Blog entries that are supposed to present an in- depth look into the development process

IMPORTANT NOTE: We decided to ignore all of our previous news updates and start bringing you development news in a more streamlined, organized, and hopefully, interesting fashion.

Some four and a half years ago, after spending most of their youth in the embrace of the video game culture, Ivan Ivanovski and Aleksandar Jovanovski made the decision to combine their previous IT knowledge and dedicate their time to create a game of their own. 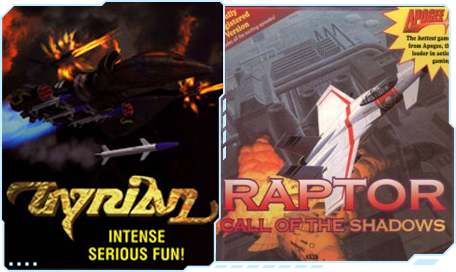 The initial idea was to create a video game that pays tribute to the shoot- em ups of old, the likes of Raptor: Call of the Shadows and Tyrian. Without any previous know how when it comes to actually building a game from the ground up one can imagine how the first steps weren't quite easy. There are choices one has to make before starting a project, and those choices aren't so obvious at first. Whether to go with 2D or 3D, which programming language do you use, what tools are required to create the assets and how long can you develop before money begins to be an issue? These are all valid questions, and to someone with relative experience in the industry might seem like a given, but not so to two students that embark on their first journey into game development.
After spending some time with a mentor, someone who introduced them to the bare- bone basics of creating a video game, they began work on what would eventually become EXCUBITOR.

One of first things that were easily decided was to go the 3D route. While today the amount of 2D games is on a constant rise, and they tend to be a sight to behold, when this project began the team had no 2D artist and the tech was not nearly as popular. Aleksandar had previous knowledge in 3D modeling and the initial wave of asset creation was not a difficult task for him.
When it comes to the programming language it gets a bit tricky. The first, and jarringly obvious, thing is to look at what language the lead programmer knows best. The other important thing is to consider how the programming language works with games, can it be optimized, and how much performance you’d be willing to sacrifice without it being an issue. With Ivan the choice was C#. He had previous knowledge with it and felt comfortable enough to use it for the game.

The two fledgling game developers then took to the internet to find a game engine, or framework, that would serve as the base for the project. Since the game would be coded in C# the decision was not that difficult, it came down to Microsoft’s XNA Framework, a set of tools to promote indie game development based on .NET and with support for all Microsoft products, X-Box, Windows and Windows Phone. It’s important to note that XNA is no longer supported by Microsoft, it was left behind in the wake of the new Windows 8 (METRO UI) era, but even as is it still has the tools necessary to push the project to completion.

After working on the game as a team of two for a prolonged period of time, Ivan and Aleksandar began to realize that in order to create the game they wanted they needed to bring a few more hands to help them out. There was a need for some additional creative input, people that would design new assets and bring some other new ideas on the table.

That’s where I, Igor Antovski, along with Aleksandar Chakalaroski (Chakal) and Filip Popovski joined up. Seeing as we were (and still are) a small team we decided to share a lot of the responsibilities between the five of us. I turned to texturing along with Filip, while Chakal spent his time creating the concept art and general art direction for the game. As time went by roles changed and expanded, the need came to introduce visual effects, more sophisticated model sculpting and in- game GUI among other things. When we finally decided to implement sound effects and music in the game Ivan Gjorgievski (Ico) joined the team as the sound designer. This team composition is intact to this day, all of us learning new tricks of the trade and constantly expanding our knowledge of the game development process.

Since we all started to realize that EXCUBITOR is turning into a serious project, something that we've all been working on for more than two years, it became apparent that money will soon become an issue. In order to complete the game we needed to forgo any other ventures and completely focus our time on development, but in order to do that some form of financing was required.
That’s when we found out about LaunchHub, a startup accelerator located in Sofia, Bulgaria, and we saw the opportunity it offered.

Long story short, we succeeded with our goal, we formed our company TESSERACT INTERACTIVE mainly thanks to their investment. Since that moment we’re marching on with more poise and dedication than ever before. While the monetary issue will surely rear its ugly head at some point in the future, we’re confident that the task to overcome it is not as difficult as initially thought.

And we are still developing to this day. It’s a long process that consumes our time and tends to be grueling, but we wouldn't have it any other way. This post did not cover in depth info about the process of game development itself, it was more of an introductory development blog post with rambling about the team, how we got together and how the idea of EXCUBITOR was brought to life. In future posts, all shorter than this one (I promise), we will be talking about the development process in detail, all the design changes, issues we've faced and the thought process behind the creation of the gameplay elements and mechanics.

Also feel free to visit our website and check out more info and media, and sign up on the forums to join the discussion on the game: Excubitorgame.com