Miner Threat retro shaders are now a thing. There are 2 shaders to choose from, as well.

Of course, aside from things like working on the boss and tweaking, the major thing this week was retro shaders for Miner Threat. This was touched on last week, but I addressed that they were quite broken and needed to be worked on. Well, they look waaaay better now. There are four options for shaders. First, no shaders. Second, the default option which is optimal. It switches to the scanlines shader when in a scale of one, and CRT when above that. Third is CRT only, and fourth is scanlines only. CRT doesn't work well on a scale of one, because it distorts the screen, and there are no pixel to spare in a scale of one. Scanlines are my personal favorite, partially because I made that one. The CRT shader is a modified version of this gentlemen's shader.

Here is the game with no shaders: 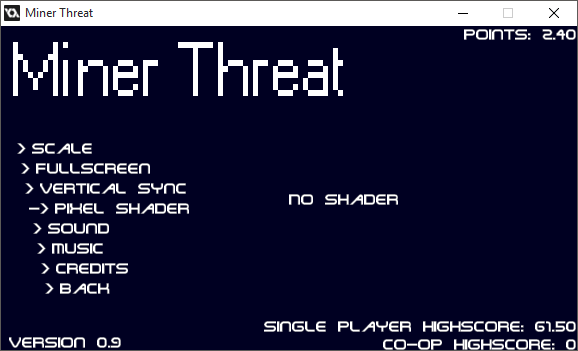 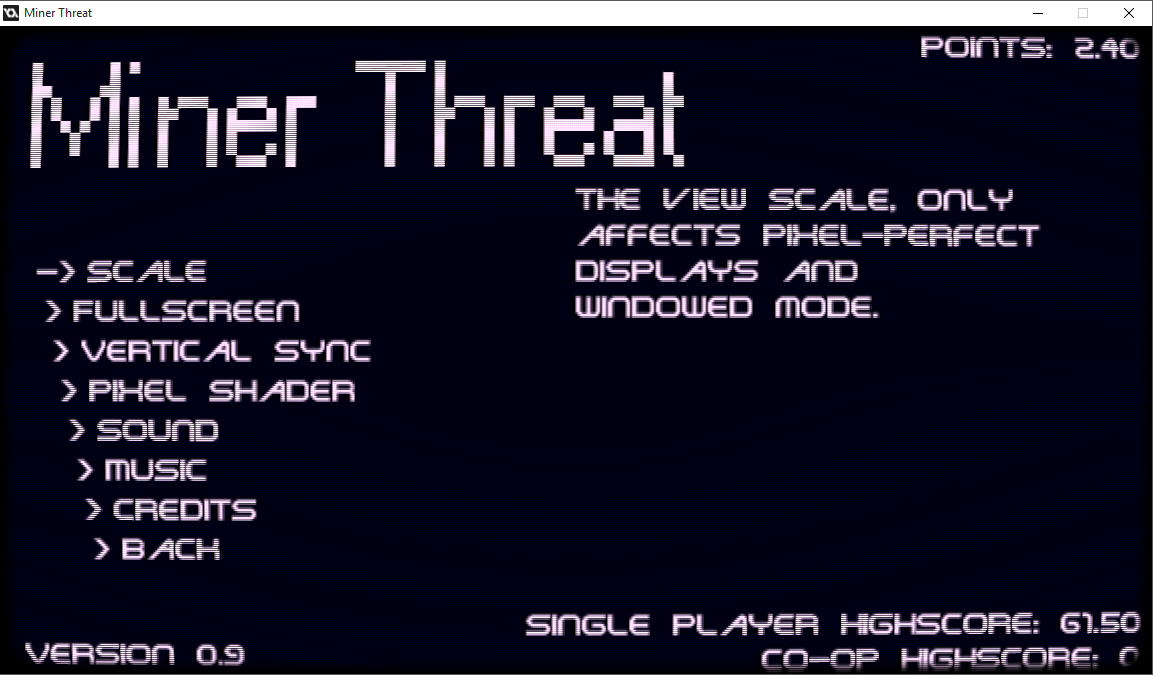 (You may want to open that image in a new tab to view it properly) And scanlines:

You may notice that scanlines does add more than just scanlines, but it's rather subtle and just adds a bit to the retro vibe. I will also not really advertise the shaders other than this time, because this is a dev blog and you may want to know what I did this week. It's just a cool option for people who like it.

Shaders, however, are all handled by the GPU instead so the game is almost no heavier on the CPU due to the shaders. It's an light-weight way to make the game look better. But if you have a bad GPU like mine, you can still turn it off altogether. (Or maybe you don't like the shaders, your choice.)

One rather noticeable fix is that the inventory is now drawn above the darkness, it used to not be which was a major flaw. 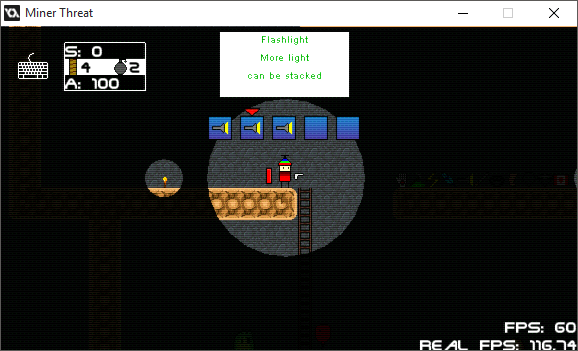 I don't know why I didn't mention this before. Miner Threat works on Android and has for like 3 months. I don't think I'd ship it on Andoird because I would rather put all my time into the PC version, but I may clock it down to 30FPS when it's done and publish it on the Android market. 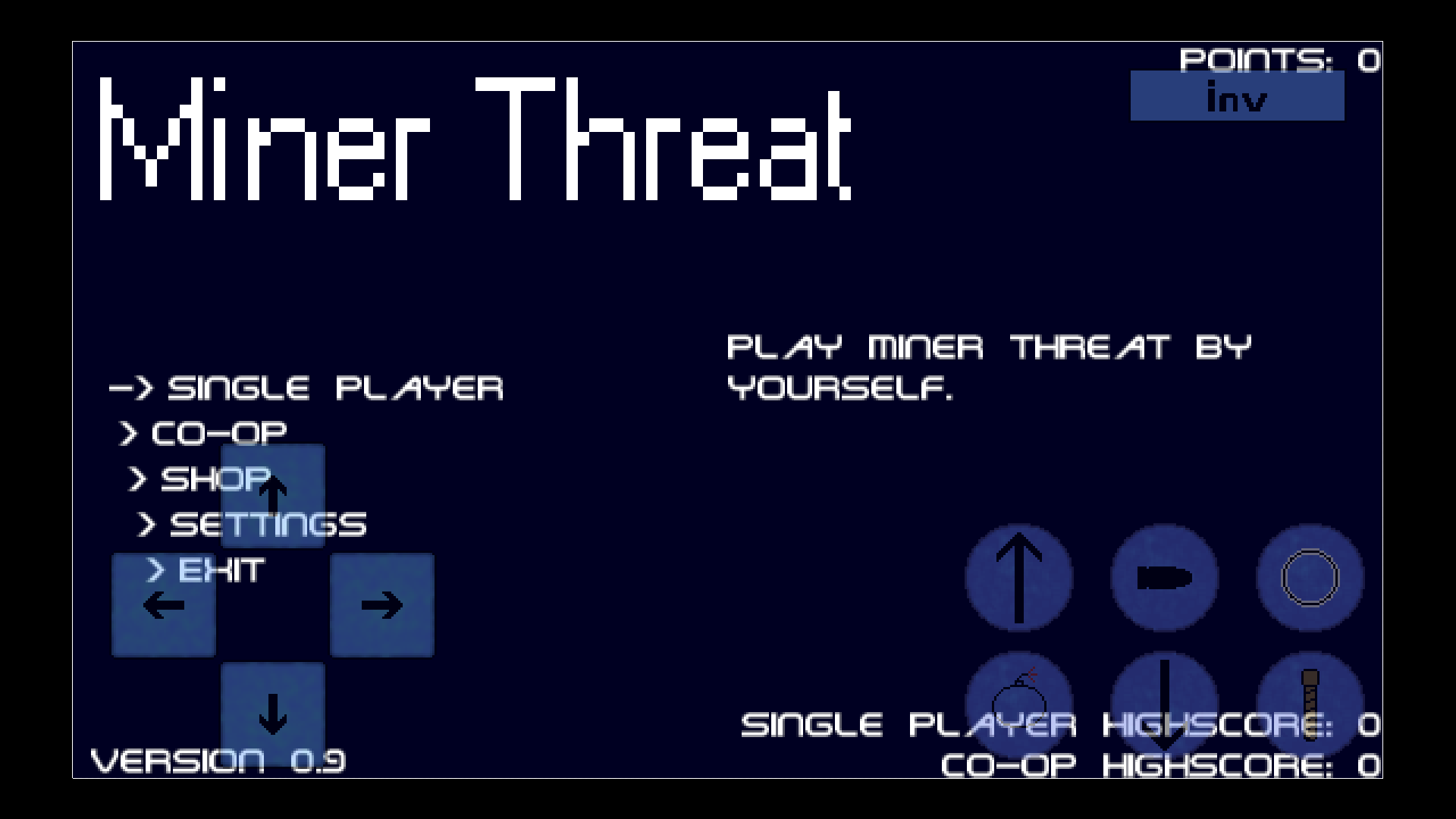 That's it for this week, so try to tune in next week to see what is up!