After last week’s update, when we posted the concepts of the final four gods, we finally have the gods’ semi-definitive designs. Here they are!

After last week’s update, when we posted the concepts of the final four gods, we finally have the gods’ semi-definitive designs. Here they are! 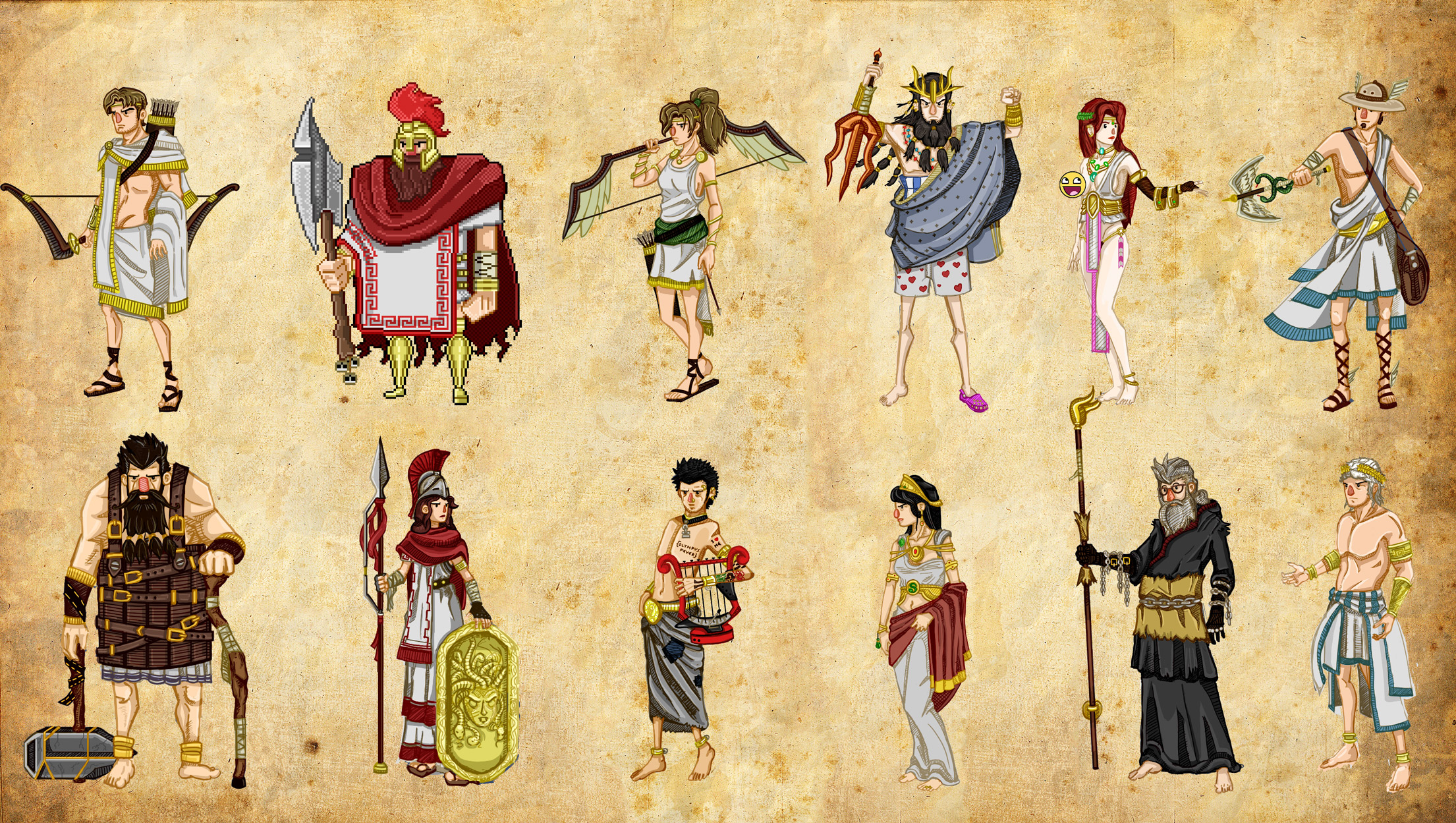 Some notes about the changes:

Apollo has more clothes on than in the previous versions, but they were no bigger changes than that.

We have the pixel art and animations already, so we didn’t make changes to him.

We added a tiara, like Apollo has, and removed the wings from her shoes. Also, we added some green to enforce the “natural” side of her.

Pretty much straightforward, there were no difficult decisions to make once the original design was selected. Here are some very old versions that give him some piraty look. 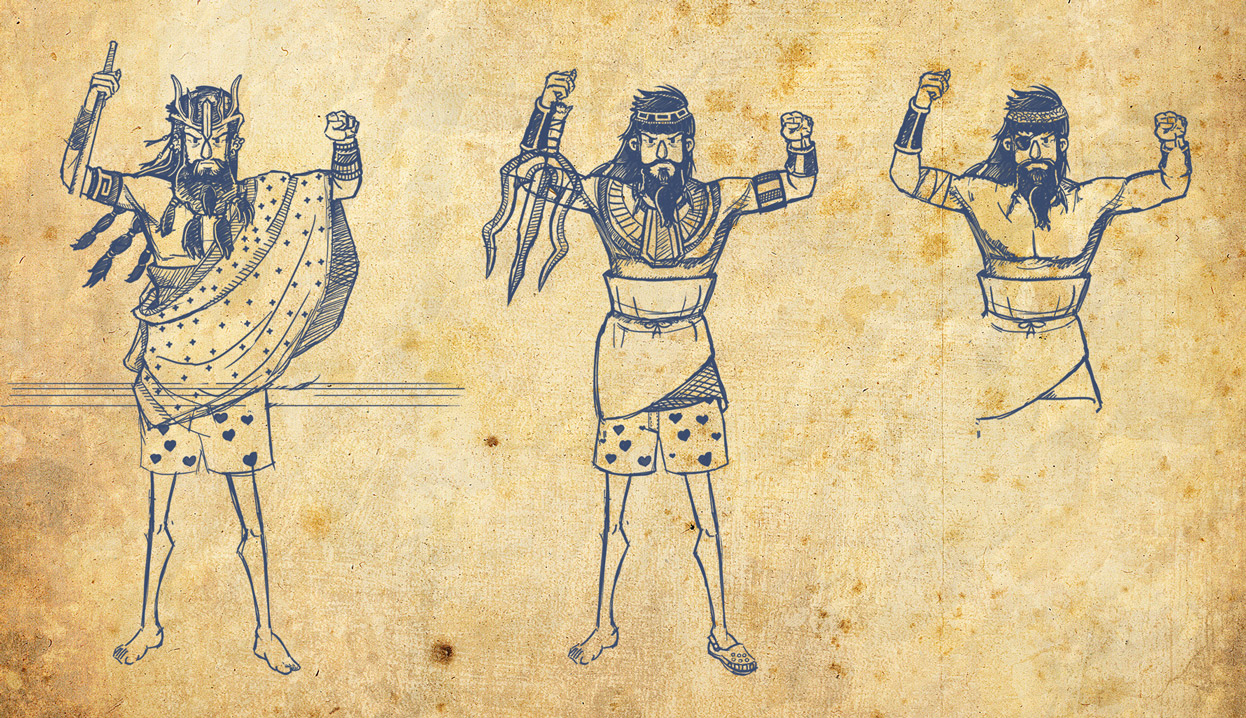 We still don’t know what she’ll have to cover her nudity, but it definitely will be an icon or emoticon of some kind, or something funny from the game.Also, compared to previous versions, we gave her girdle and cestus more prominence.

Same thing as Apollo, there where no big changes here. The hat and bag went bigger.

The main problem with him was the apron. We wanted something credible, that looked good context, so we tried with the leather thingy. The hammer was another problem. We researched different types of hammers, but we decided to take some liberties and make an original design.

We had a lot of versions of Athena, and none of them quite fitted. Finally, we established some parallels between Ares and Athena so we adjusted her outfit to fit Ares’. The color palette is the same, but they look very different thanks to the different body sizes.

I liked the punk hair on him, but the mohawk didn’t fit right. So I went for a more Sid-Vicious-like look, and made him grumpier.
Also, the lyre suffered a lot of changes. I figured it would be cool to make it like an electric bass/guitar, so I added lots of accessories. 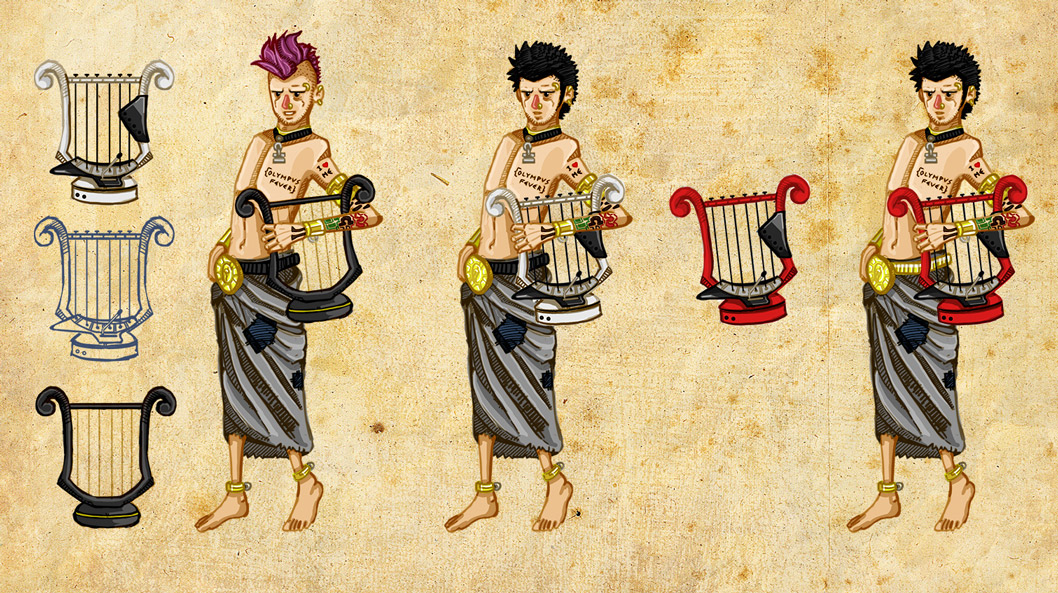 Hera was pretty much straightforward. A lot of jewels, a robe and the peplos. I started with the colours inverted, but she stood out too much from the other gods. 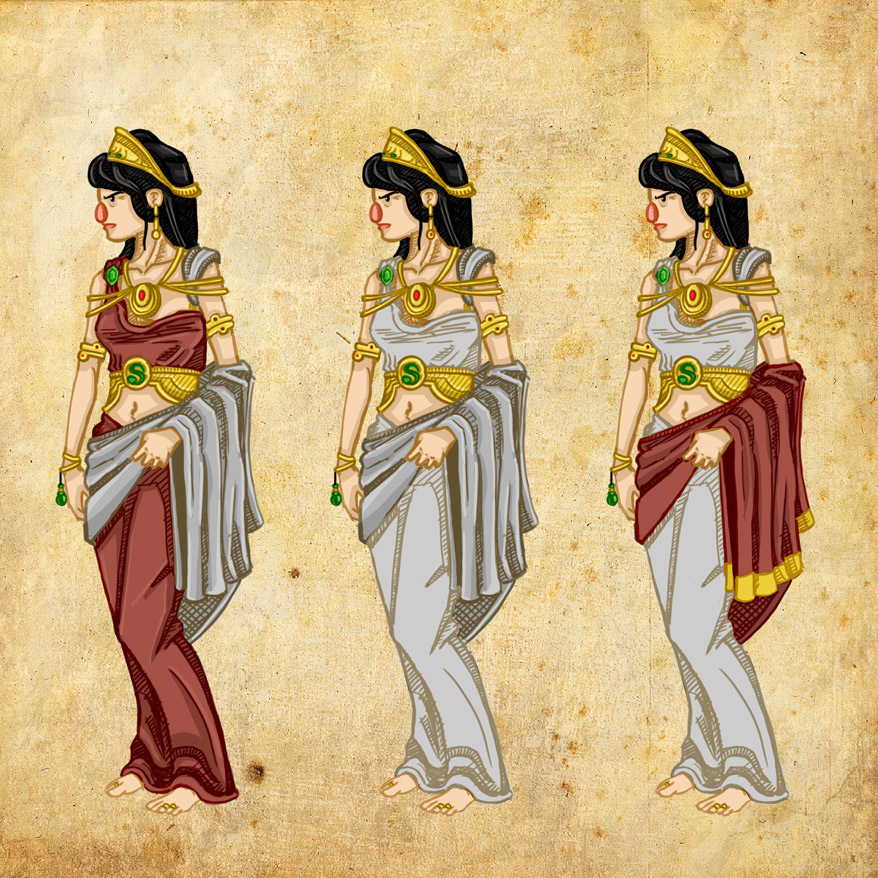 Thanks to IndieDB’s user Duselesco and his feedback about the hood, we decided to keep his hood on, retaining a darker look, only for a first impression, because before the battle begins Hades will transform himself, by taking his hood off. 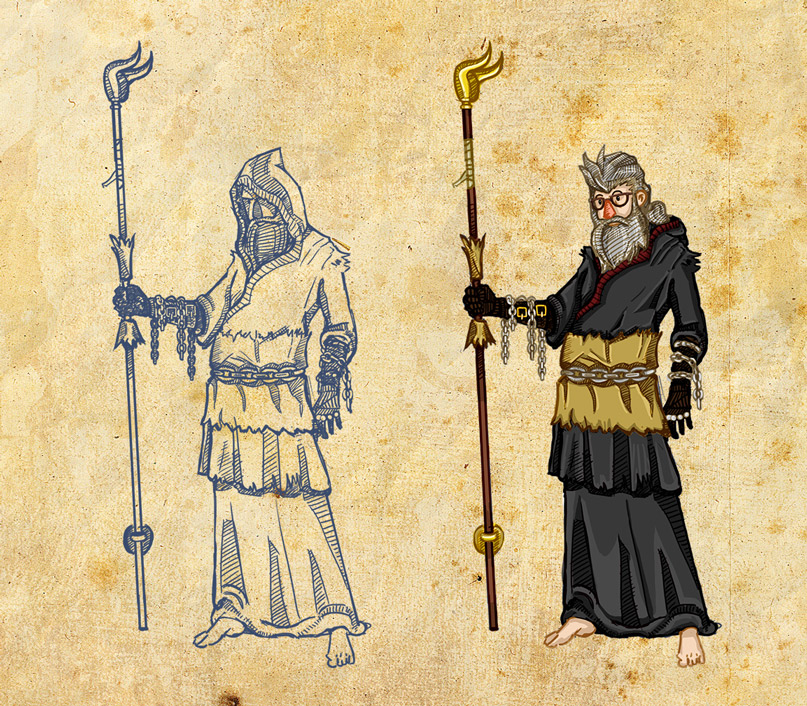 We had the problem of Zeus’ hair. We tried a lot of different choices, but nothing really persuaded us. Finally we chose a more canonical Greek look. 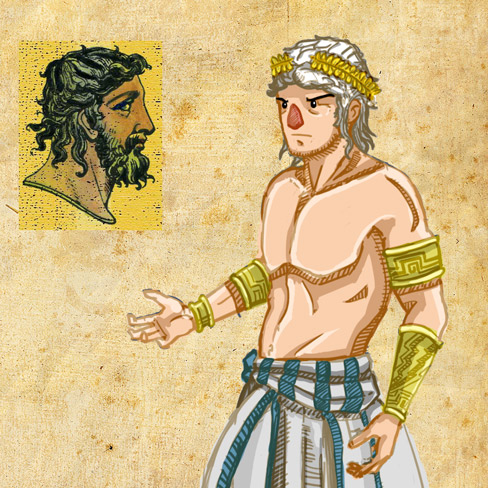 So that’s all for this week. We’ll be getting some new updates from our new team member JoseLuisScolari soon, so stay tuned!