Return of our dev blog after a month without it. Shows all the progress achieved by the SLO dev team from texturing to programming, as well as our plans for future developments.

Guess who’s back! Exam season is coming to an end for most of the dev team, and Matt is back from his vacation. Because of this, we are now in a good position to both rejuvenate development and subsequently, this blog. As always everything shown here is subject to change and likely very much a WIP, but with that being said, lets get started!

As I can always say in the texturing department, despite having a 1 week holiday where he was totally unable to do work Matt has still managed to produce a considerable amount of content since the last blog. As well as completing the texturing of 8 new buildings (this means that we are only 9 buildings away from completing the previously modeled village buildings) Matt has also been tasked with learning the newly purchased speedtree, an industry standard tool for AAA trees and vegetation generation, and has picked it up quickly, making a number of high quality trees already as can be seen in the example gifs and images below. Furthermore, he has made a variety of ground textures for later use in the map, in conjunction with the grass, water and weather shaders he has generously purchased with his own money for the project. I hope everyone in this community appreciates both all the work/time, as well as resources he is now putting into this project- as you can see from the screenshots it is certainly paying off. 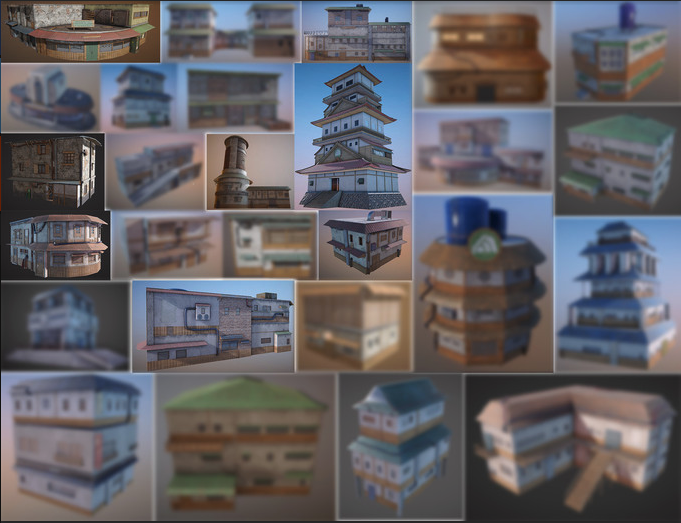 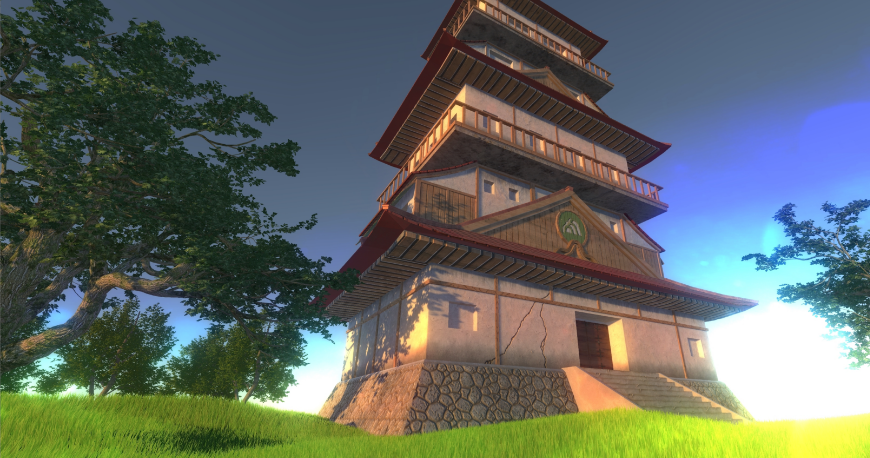 On the modelling side of things, Rafael has continued to keep up with Matt’s pace and helped him modularise and tweak each new building so that he can texture it without issue and allow us to take parts of different buildings and combine them in order to give a greater sense of variety and believability to our hidden hill village. As well as this he has restarted work on the hidden hill arena, refining specific parts of it so that future player movement in and around the structure will be easy and realistic. This *early* work can be seen in the screenshots below. 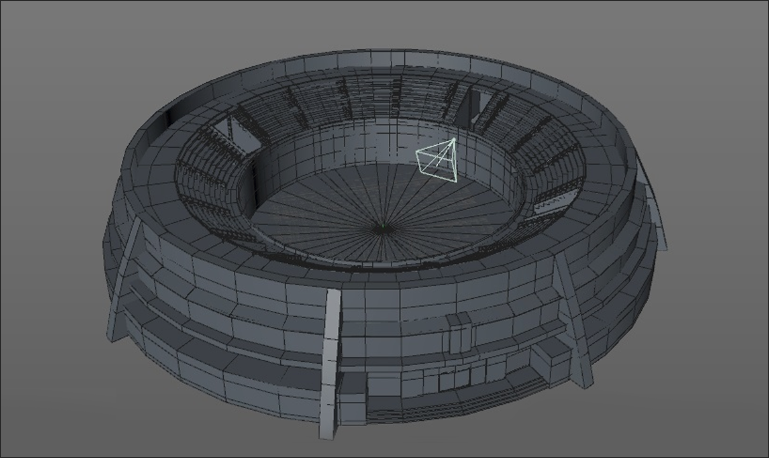 In regards to concept art, after finishing my exams recently I have again restarted work on the hidden snow concept, focusing on the dome itself and attempting to flesh out the design more through adding more details and finesse. I’ve decided not to show it at this point, I think I would rather show it in the dev blog where it should (fingers crossed) be complete.

With the music Rustam has completed another track entitled ‘Remembering You’, a song I could completely imagine being used on the title screen or even in the credits of the game (a long way off I know) with its fast beat and sweet melody. Under the umbrella of ‘music’ we have also been receiving a great number of applications from new composers, so expect this already fast influx of new tracks to increase exponentially!

Unless you have missed it (I can’t imagine anyone would have) we have recently released a new update, SLO Pre Alpha 1.0.9.9, which introduces a terrain overhaul and a whole host of new graphical improvements, bug fixes and performance increases, and of course was all achieved by Vreg. If you haven’t already I urge you to check it out, as you can see from the screenshots below the graphical increase Is massive, and sets the basis for even more graphical increases to come. Along these lines, Vreg has been working with matt in starting to implement the new shaders, trees and buildings into the game for the next update, so expect some amazing things coming, well, relatively soon. One of the most surprising things about the release of this latest update is that it was developed upon in the middle of the run up to Vreg’s exam period- so after completing it, he had to immediately focus for his major exam in about 3 weeks’ time. As a result, I wouldn’t expect another update until after this period is over, but the good news is once it is finally over we will be able to begin a period of unprecedented development as a full team and will be able to start implementing all the systems and content you guys have been so patiently waiting for. 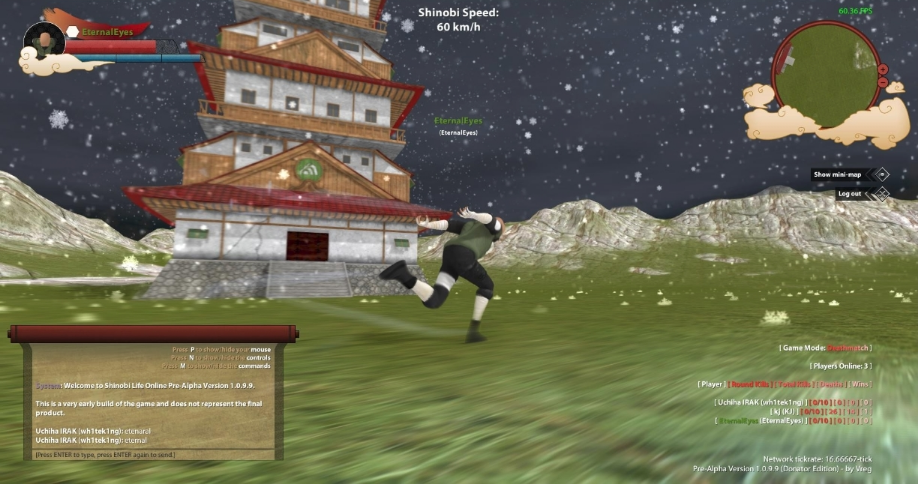 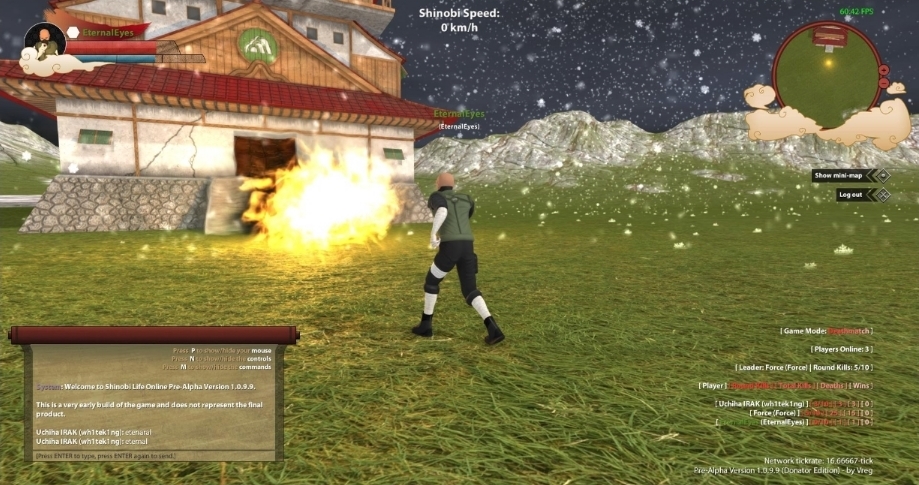 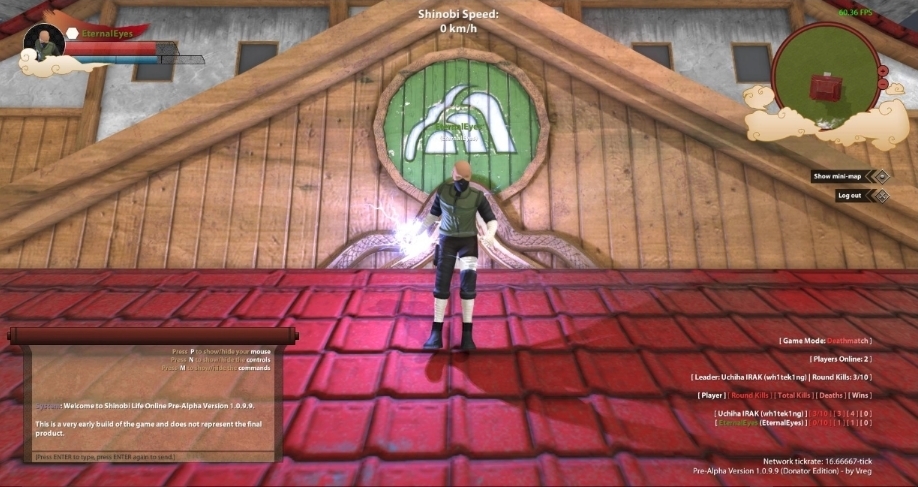 And with that the 5th dev blog is complete! Although there may be slightly less new development from all areas of the team, this is unsurprising considering we are all recovering from exam period and have just restarted development – however from this point on most of us are now freed up to really focus on development and start producing lots of content for you guys to enjoy! Until next time, sayonara shinobi’s!

Out of all the games on indiedb... This is the most anticipated by myself at least...there has bin nothing that even comes close to this kind of game before in terms of realism for a naruto inspired game. And takes a entirely innovative approach to a MMORPG.

It would be amazing if one could have access to abilities that use the deva path, eternal mangekyo sharingan (genjutsu, kamui, perfect susanoo, and amaterasu), adamantine chains and chidori, all in one character (for my rp feels)

and idk can one have EMS and a byakugan? (tres optional)

and being a sensory type for rp if that's somehow achievable.