More little updates neatly bundled up together! And moving pictures as well!

It's been a month since the last dev blog, so here's another one to keep you updated! We'll still have the Dev Vlog coming up hopefully before the end of the year, showing all the stuff presented here more tied into the gameplay, so no worries. At least we have some GIFs this time, happy reading!

Let's begin with a continuation from the last blog's weather system and rain implementation. Now there is actual huge raindrops plummeting down on the player and other creatures that happen to stumble in on the way of them. Rain actually feels like rain now, and in a proper scale as well! There is also thunder and lightning(actually very, very frightning), but I'll just save that footage for the vlog since it has way more impact with the sound!

AI is something I shortly mentioned about revisiting, and it's still being worked on! Focus is especially on the Hivenbot, the little companion for the player that is more than essential for the gameplay. There will most likely be some footage of the cute little fellow later on, but for now you have to settle with our latest addition into the family of insects, yellow legged wolf spider! This guy is the first spider in the game, and also an essential one for the development, since it's using the whole new pathfinding and IK legs to interact with the environment. Look at her go!

We want the world to feel massive, and make the player feel small, so we have to include lots of detail you wouldn't normally see/pay attention to. The scale is fairly well presented already, since the insects are huge, obviously, and there are plants like moss sprouts. Additionally lingonberries and grassblades etc. are huge compared to the player. Here's something to enhance the scale as well; massive pine cones (well, normal sized but the perspective yada yada), bigger sticks that player is most likely not able to carry around and some leaves in addition to the pine needles already in the game! Basically a lot of clutter that you'd normally find in a forest. 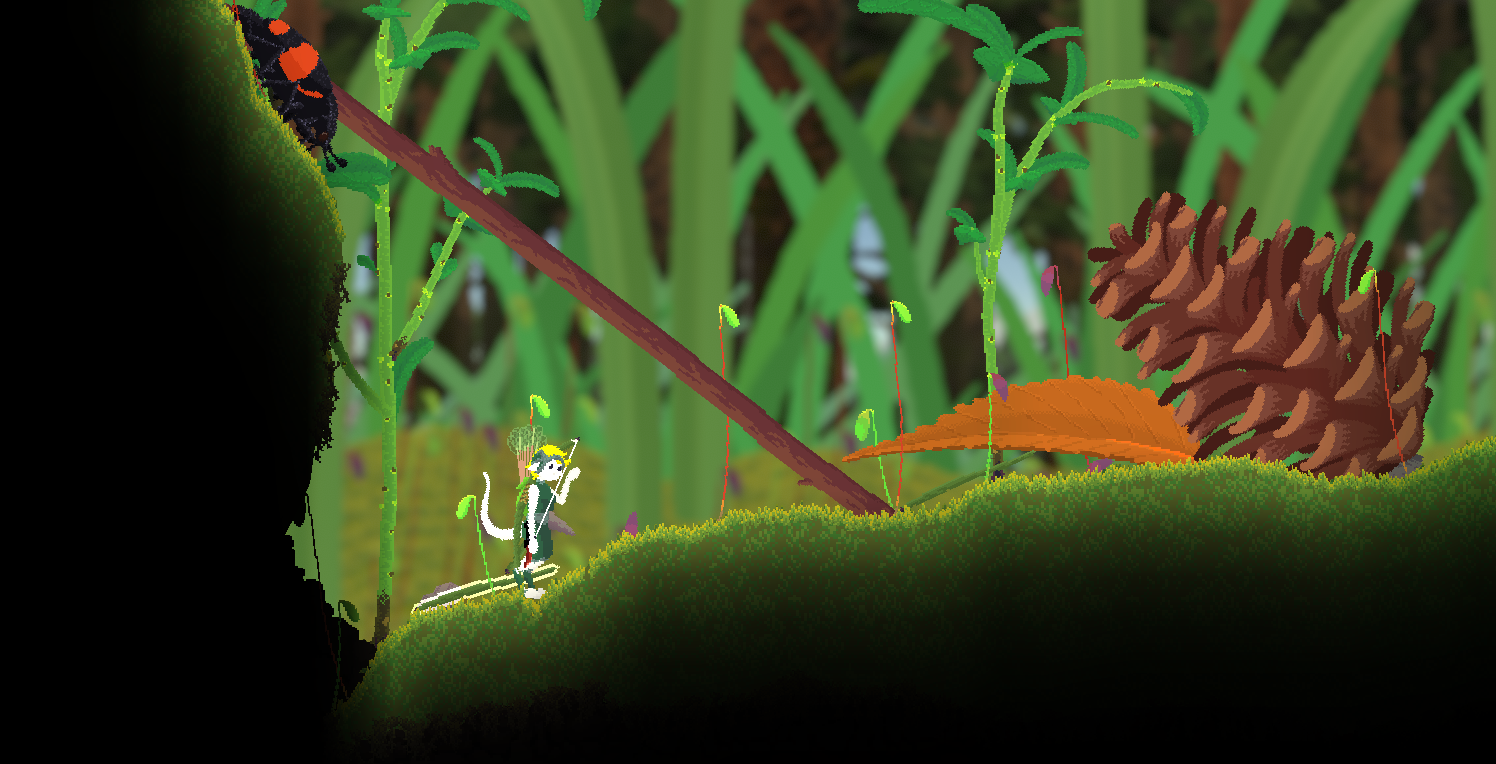 Here's some very small ambient creatures living in the soil, basically invisible to the human eye, but for the Hivenotus, not so much!

That's pretty much it for now. Lots of work being done, especially in the AI department, lots of tweaking and creating a base for easier behaviour implementation. Nearly every insect added in the game so far will most likely be revisited, some will gain better IK, or IK in the first place to enhance their interaction with the world and the player. Exciting times, and Hiven is getting more and more immersive with each addition and we can't wait to show some more proper gameplay. Until then,

P.S. I dug up the sketch I made some time ago while sitting in the train with a very bad internet connection. Here's a bird in a forest from a Hivenotus' point of view! Adding these in the game will be interesting... 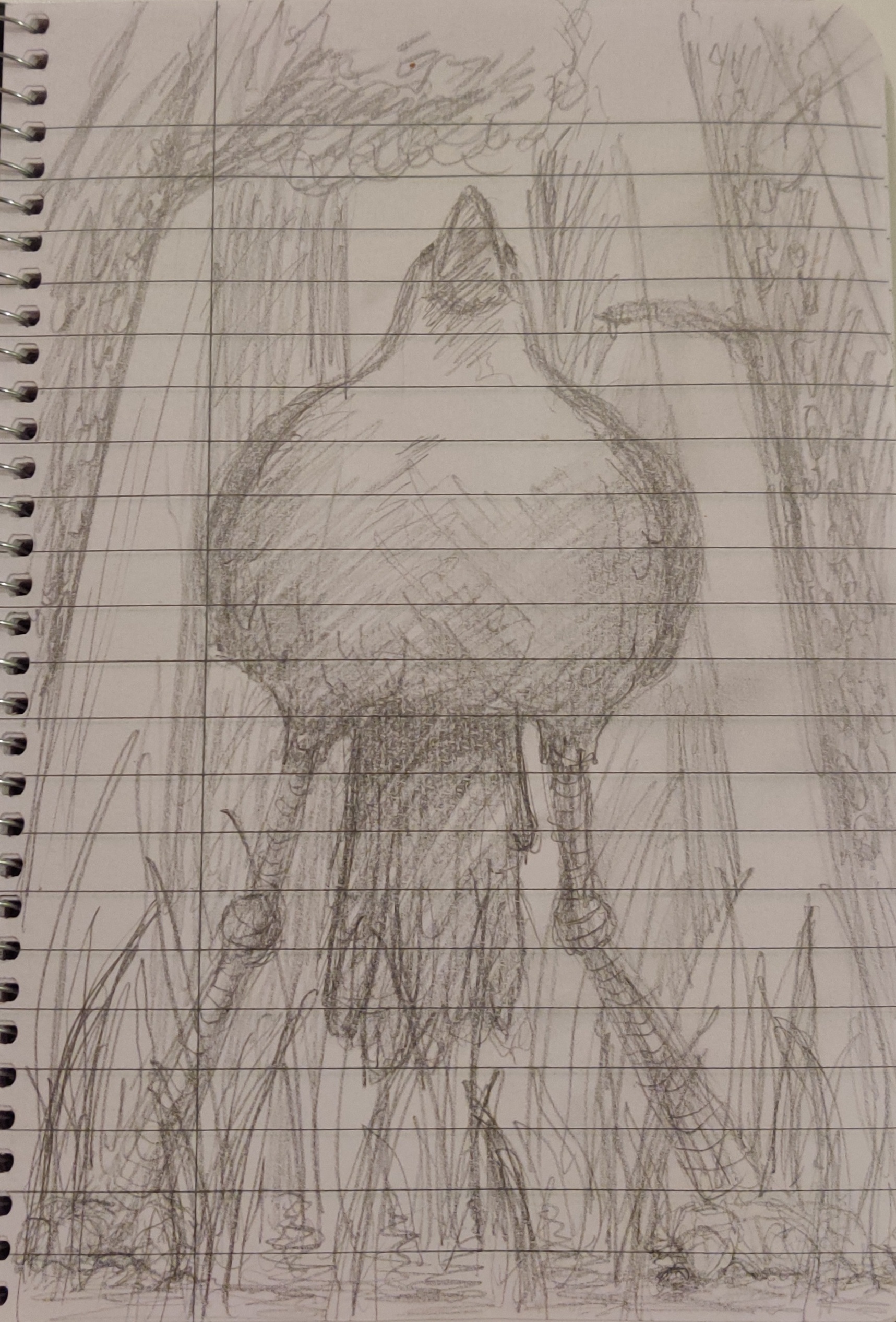