Development for "Curse of Light" has just begun and I'm now happy to share with you the first info and screenshots of this new project.

First and foremost, thanks for taking the time to check out this game's firt Dev Blog. The development for "Curse of Light" (working title) began only a couple of weeks ago and it's still in the very early stages, so a lot of what you'll read and see in this Dev Blog is not at all representative of its final quality.

"Curse of Light" is being developed as a single-player adventure game set in a setting that draws inspiration from both fantasy and sci-fi themes. The gameplay will focus primarily on platforming, exploration and puzzle solving, but I'm also currently considering the inclusion of some enemy encounters. Nonetheless, if included in the final game, these enemy encounters would still only have a secondary role in the gameplay.
One of the main focus of the game will also be the creation of a very strong ethereal and "dreamy" atmosphere. I also hope to be able to apply some subtle horror elements to the game if I think that they would be efficient in very specific situations.

I've also already spent some time trying to develop the game's visual style and the first screenshots of the prototype level that I'm working on can be seen below. 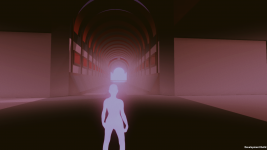 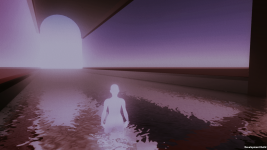 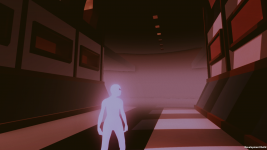 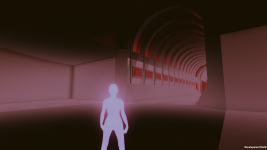 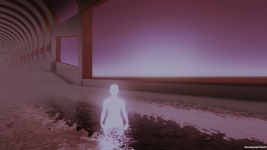 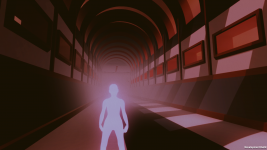