Detective Hank and the Golden Sneeze has released on itch.io. It's the first of many platforms we will be releasing on.

We have released Detective Hank and the Golden Sneeze! Don't waste your time and buy it now on itch.io for only $9.99!

But that's not all, we've got more! You can buy the soundtrack here on the composer's site for only 3 Euros. 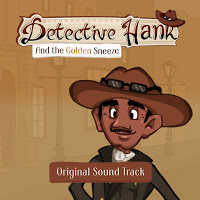 Itch.io was the first platform to release on, but in the coming weeks we will be looking at more platforms and systems. Also, Detective Hank is still up for votes on Steam Greenlight, so make sure to give us an upvote.

And last, but not least, we have a blog post about the making of Detective Hank! You might know how a visual novel is made, but did you know we made our own scripting system and that it can be used for more than just visual novels? Go read it now at this link! (After you bought the game, of course, we need to eat.) 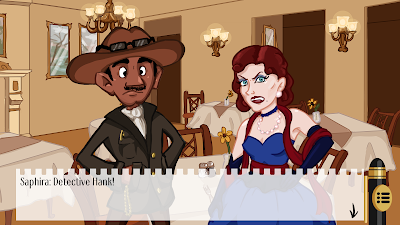